“Silent Night” is undoubtedly one of the best-known songs we often hear before and after Christmas. Those who have read the article Silent Night – A Song with a Strong Message on our blog know that the lyrics were written two years earlier than the melody and that this Christmas song premiered on December 24, 1818, in St Nicholas Church in Oberndorf, near Salzburg. Today, the church no longer stands, it was damaged by frequent floods and had to be demolished. On its place, they built the Silent-Night-Chapel.

During the Christmas season, the interiors of churches are decorated not only with Christmas trees but also with cribs. Of course, there was also a crib in the Church of St Nicholas during that memorable night of December 1818. A quite large one – with up to 94 model figures!

After the church in Oberndorf had been demolished, the native scene was donated to nuns who brought it to the attic where only dust settled on it. The nuns only remembered the crib when they needed money to re-fence the garden so they sold the old dusty figures with all their equipment to a rag-and-bone woman in Salzburg. She sold it later to the watchmaker Georg Muckenhammer who donated the crib in 1926 to his school friend Johann Veichtlbauer, a parish priest in St Pantaleon. Veichtlbauer was a passionate collector, often visiting antique shops. If he liked a religious folk object, he did not hesitate to spend the last coin of his low salary to buy it. He was very pleased by his friend’s gift and described it as the greatest treasure of his collection. 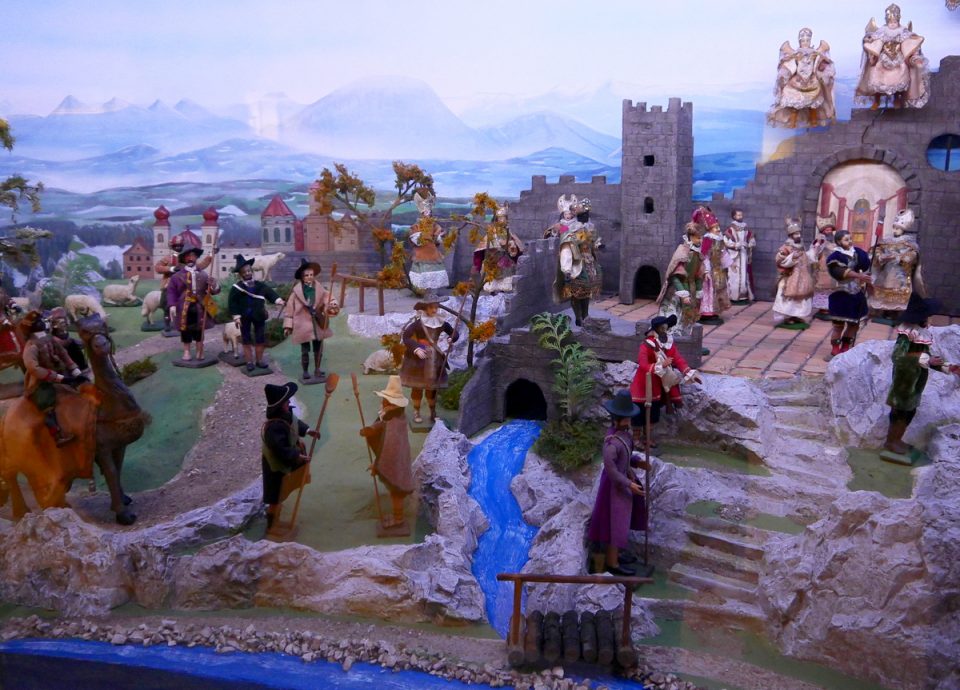 The native scene was made around 1800 in Oberndorf inspired by Venetian models. In almost a hundred figures, you will find the Holy Family, Three Kings with all their numerous suite, high dignitaries, shepherds, a wedding procession… The bodies are mostly made of wax, as are the heads, while the eyes are made of glass, the legs and hands of wood. The body parts are connected by wire so that they can be bent in various postures and gestures. The figures wear sophisticated garments, take a look at the gold-white angel’s robes! Shepherds are dressed in local peasant and sailor national costumes – the church in Oberndorf, consecrated to the saint patron of sailors, had mainly been visited by locals who had made their living by transporting alpine salt on the Salzach River. 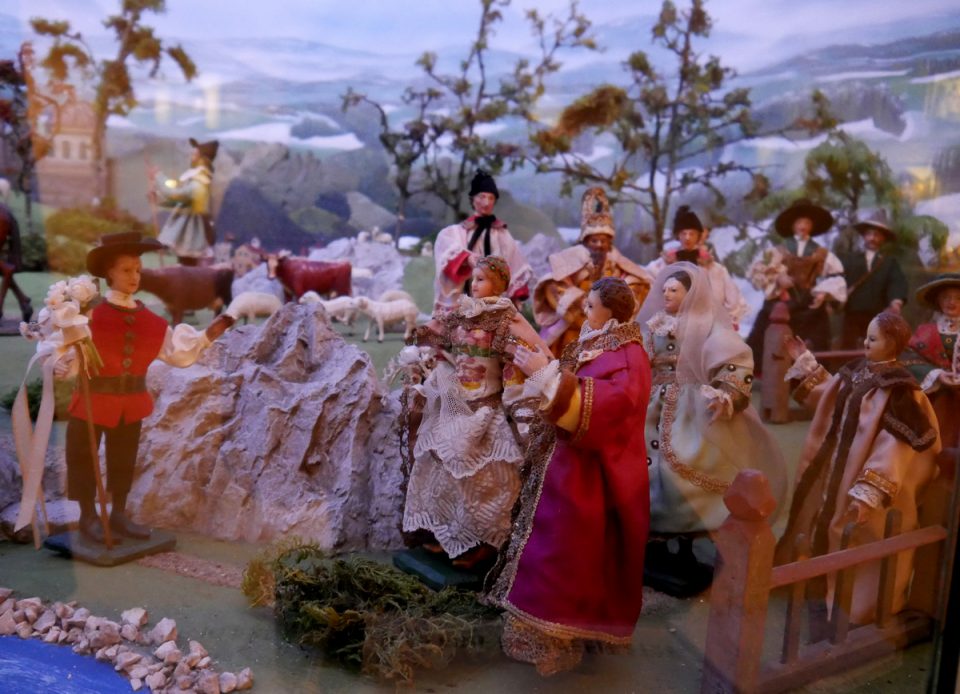 In addition to the traditional ox and donkey, there are also elephants, camels, horses, cows and sheep in the crib. From the original backdrop, the stable and four reliefs with topographical details of two neighbouring towns – Oberndorf and Laufen – have been preserved. 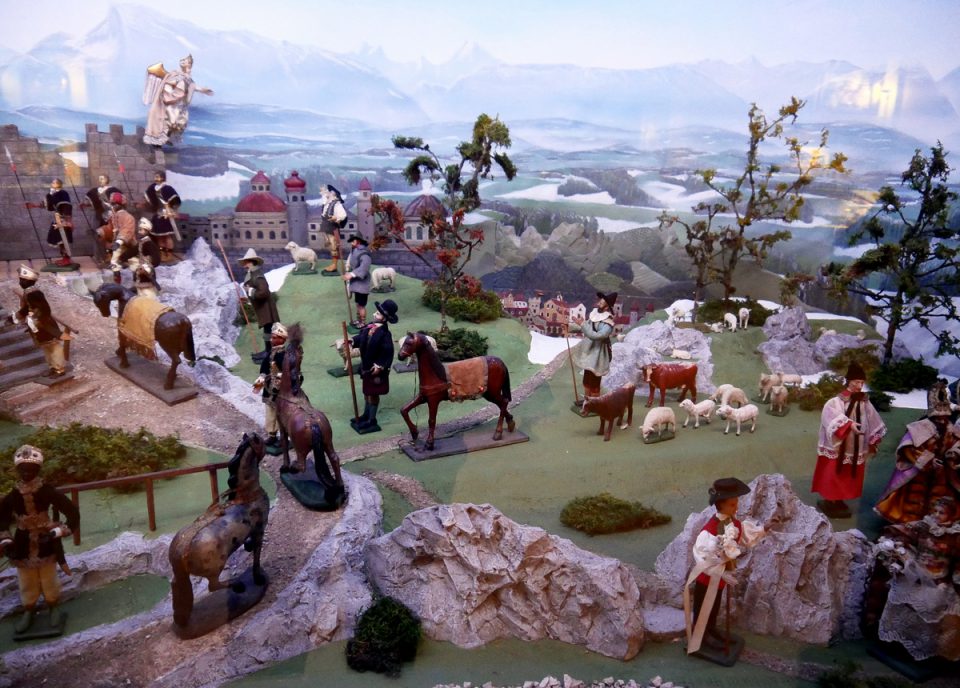 After he had retired, the priest Veichtlbauer donated his collection to the city of Ried in Innkreis which placed it in an empty farm building of the local vicarage. This is how a museum was founded there which even today surprises with a number of exhibits. The largest part consists of various religious objects – religious pictures on parchment or fine fabric resembling lace, letters with prayers, crosses, paintings on glass… There are so many of them exposed and even more are still hidden in drawers. 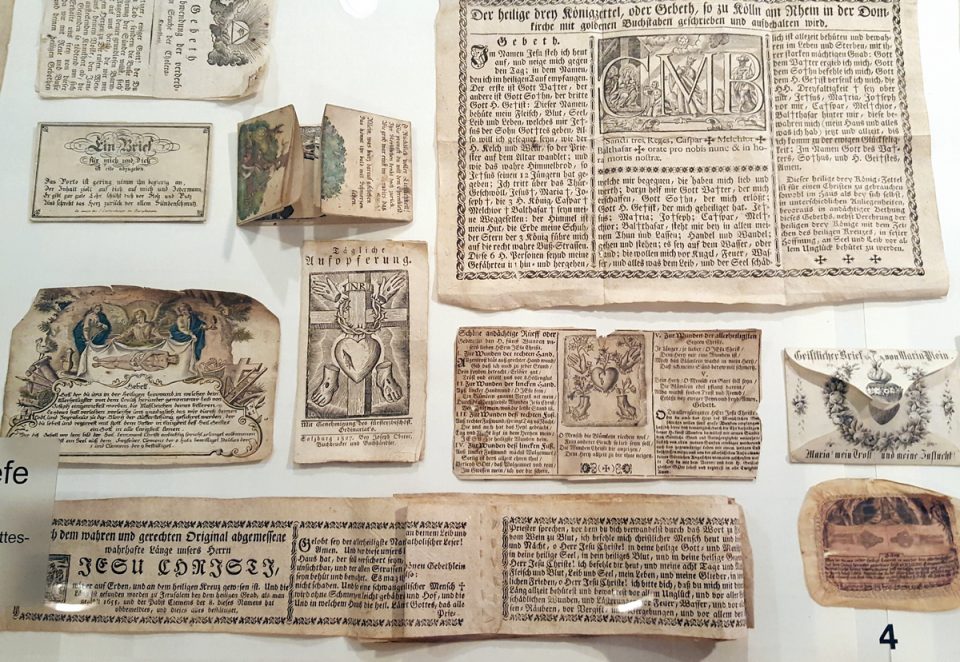 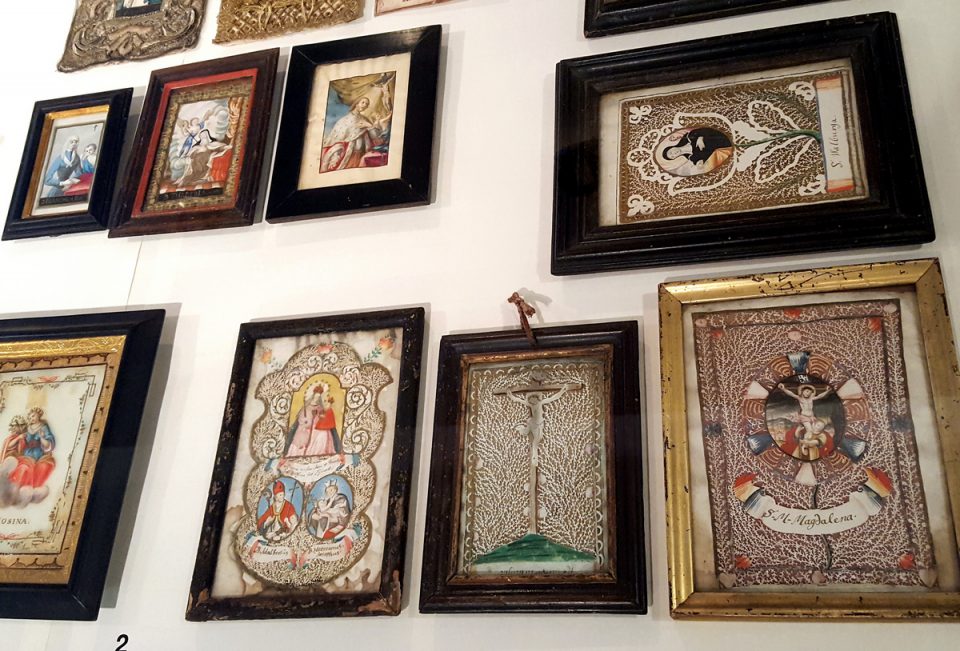 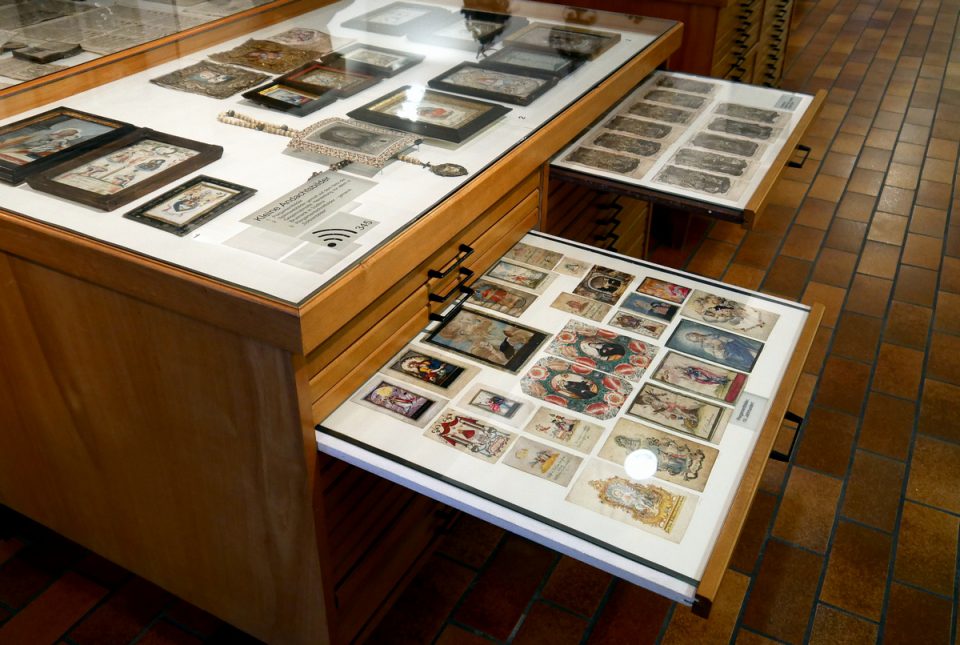 Veichtlbauer also collected all sorts of amulets, sometimes even pieces bordering between superstition and true faith. They are made of different materials and are intended to help against a curse, evil spirit or whooping cough, but also as a protection for mother and child. And did you know that a mole’s paw should ensure “money would not vanish from the house”? 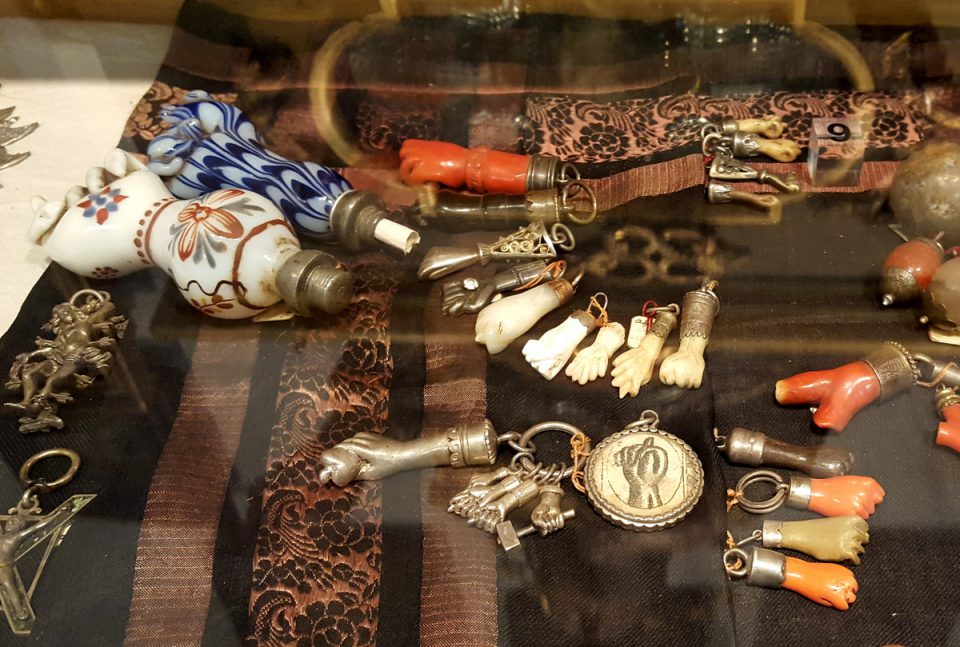 The ethnographic part of the museum presents local crafts and handicrafts, costumes, glass and ceramics. In other rooms, you can find interesting information about the history of the city. 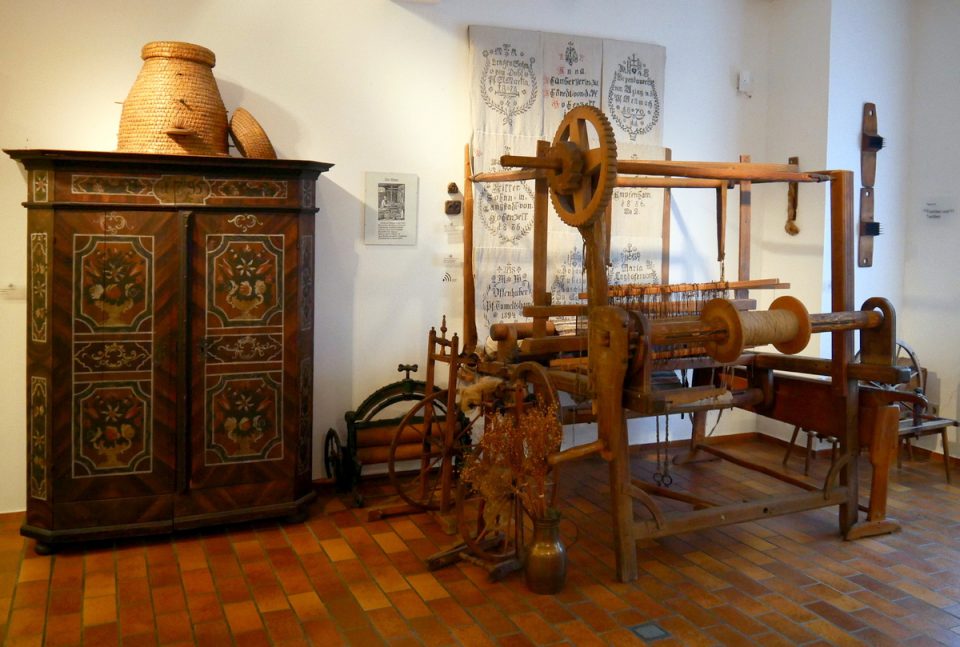 There is also a gallery where you can find paintings from the mid-19th century to some contemporary modern installations. There is also the first Christmas tree in Ried depicted by Felix Ignaz Pollinger in 1848. 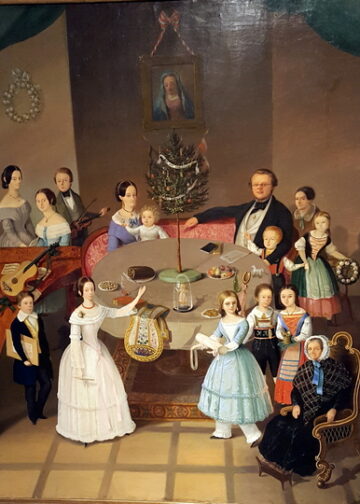 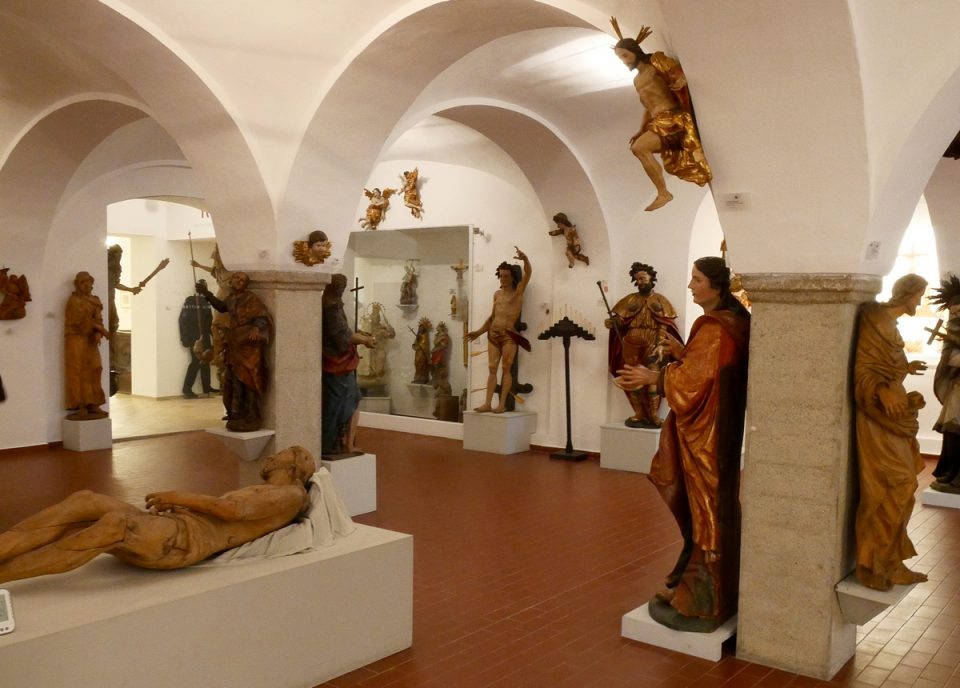 A special part is dedicated to the work of the famous Schwanthaler family (up to 21 sculptors with this surname are known today) whose members have been creating large altar sculptures for many monasteries and churches in the region but also small sculptures, cribs and home altars for over 200 years. One of the most beautiful exhibits is the limewood native scene which was made in 1792 by Johann Peter Sr. Schwanthaler for the family of the goldsmith Kögl. 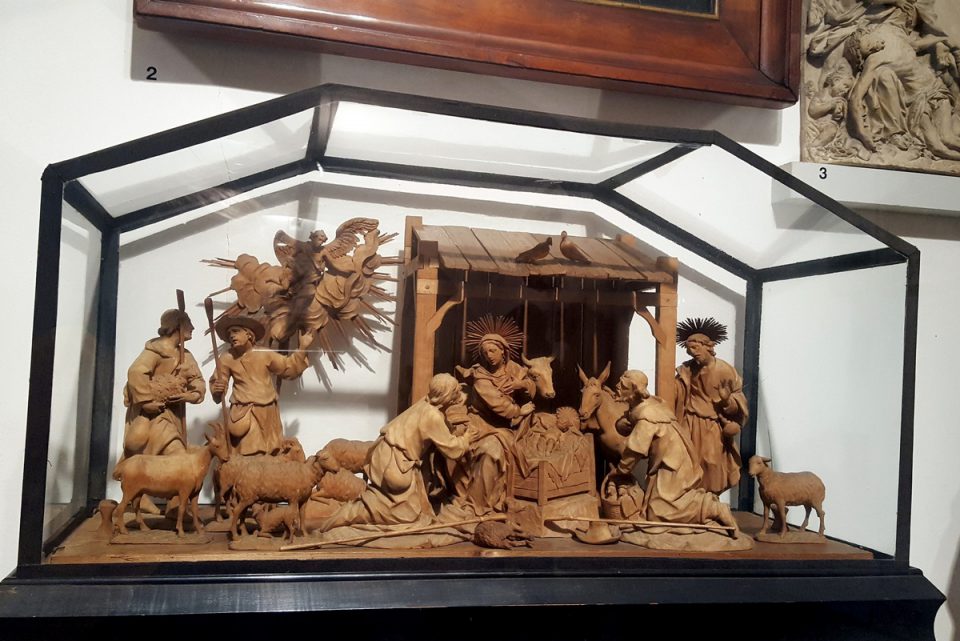 If you come here, take a look also at another wooden crib dedicated to the Silent Night. There are both of its authors – Joseph Mohr and Franz Xaver Gruber, who is holding a guitar, although in fact, the first time the song was played, it was Joseph Mohr who played the guitar. 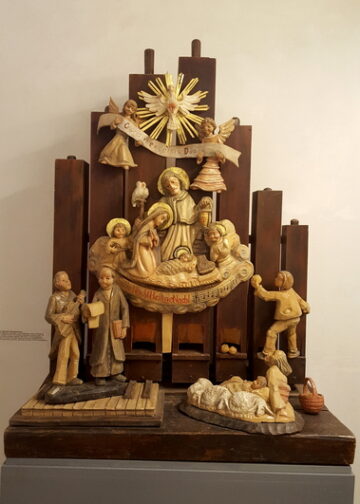 In addition, the city has another special relation to Franz Xaver Gruber. It was here he visited a three-month-training to become an elementary school teacher in 1806. The house where he passed the final exam stands at Stelzhammerplatz square. After that, Gruber got the job as a teacher in Arnsdorf and in order to improve his finances, he also took the duty as organist at the church in Oberndorf. And so the story of the most famous Christmas carol had begun… 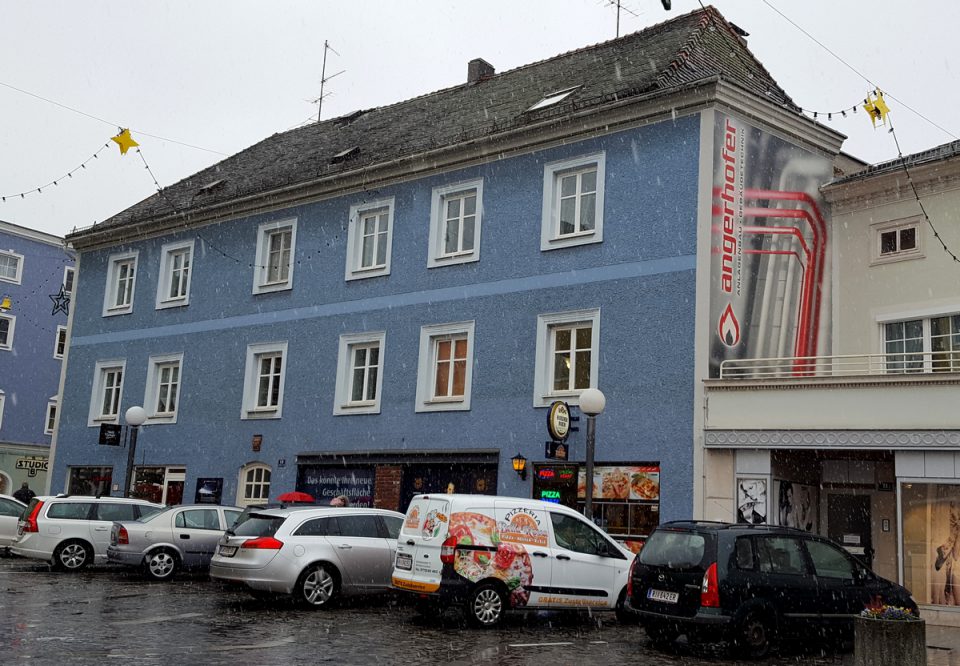 I recommend visiting the local Church of St Peter and St Paul as well. Originally a Gothic building from 1350, it was later significantly adapted to Baroque style and you will surely be surprised by the richly decorated interior. Here, you will also find statues by the famous sculptor family – the main altar and the group on Mount of Olives by Thomas Schwanthaler. Sit for a while and open the hymnal on the page with a song no. 803. There are all six original verses of the Silent Night… 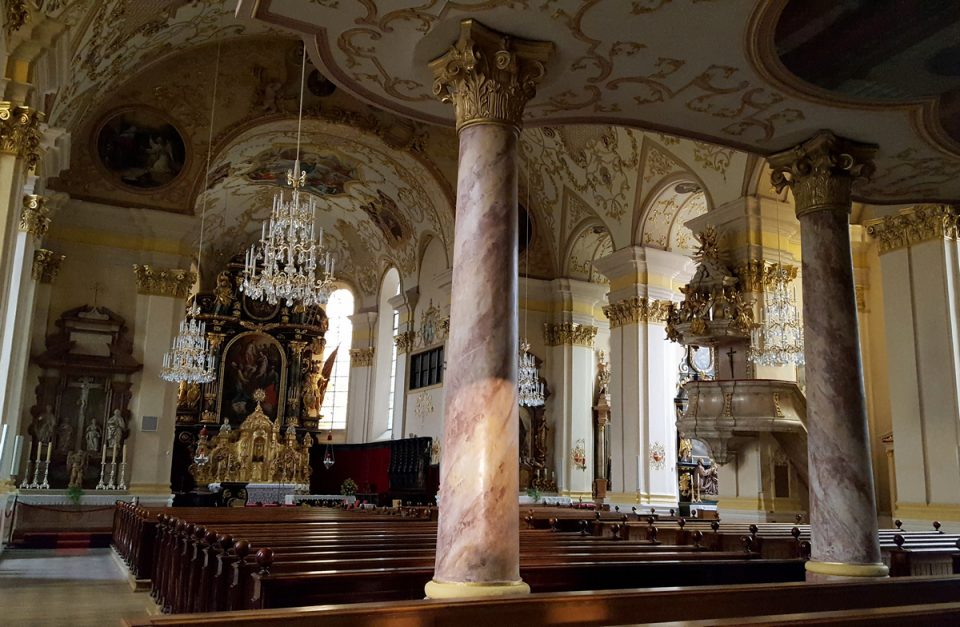 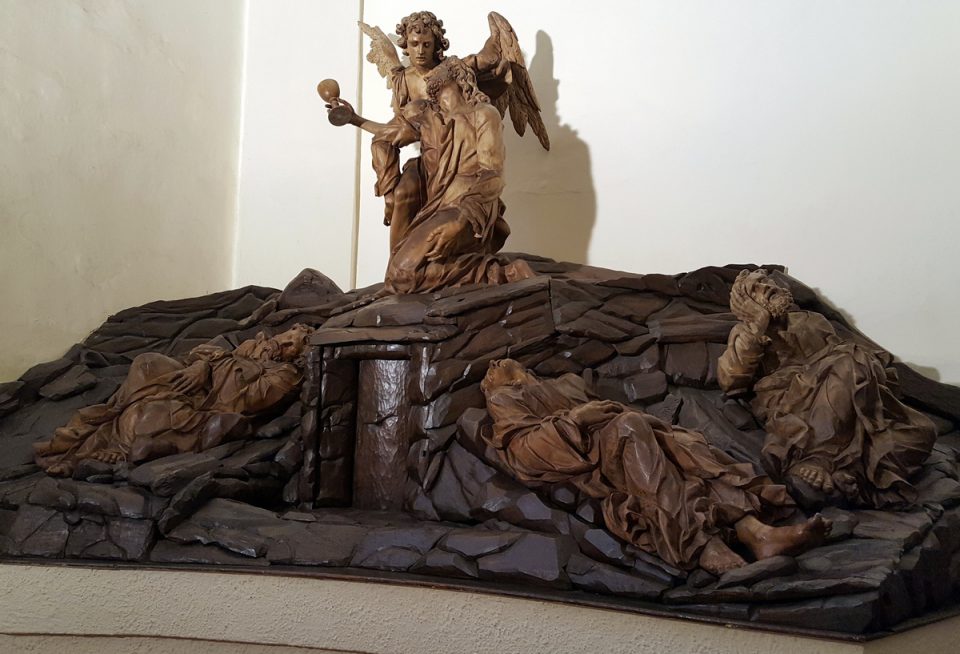 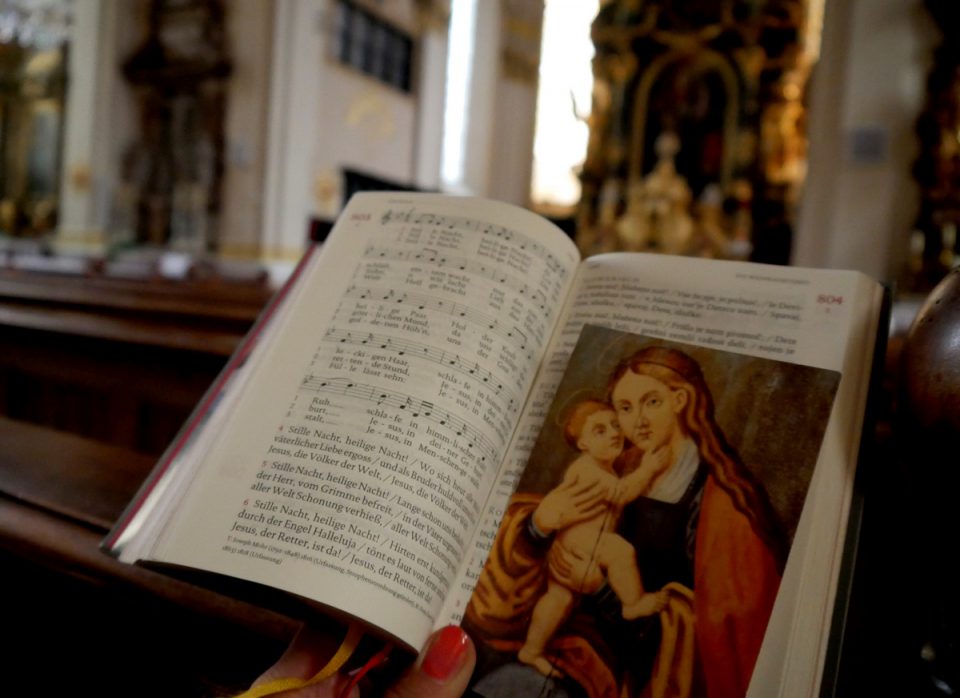 Address of the Museum:

And do not forget to read also the article: Silent Night – A Song with a Strong Message 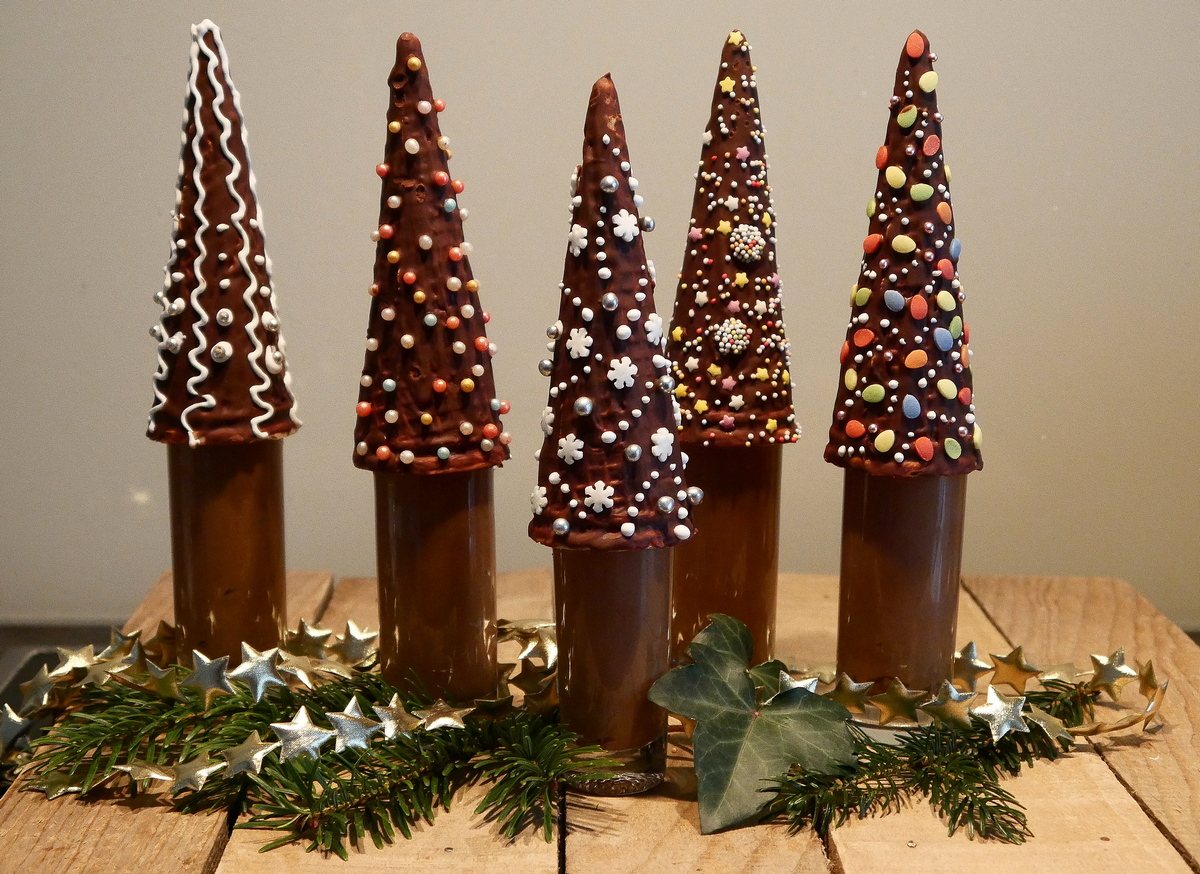 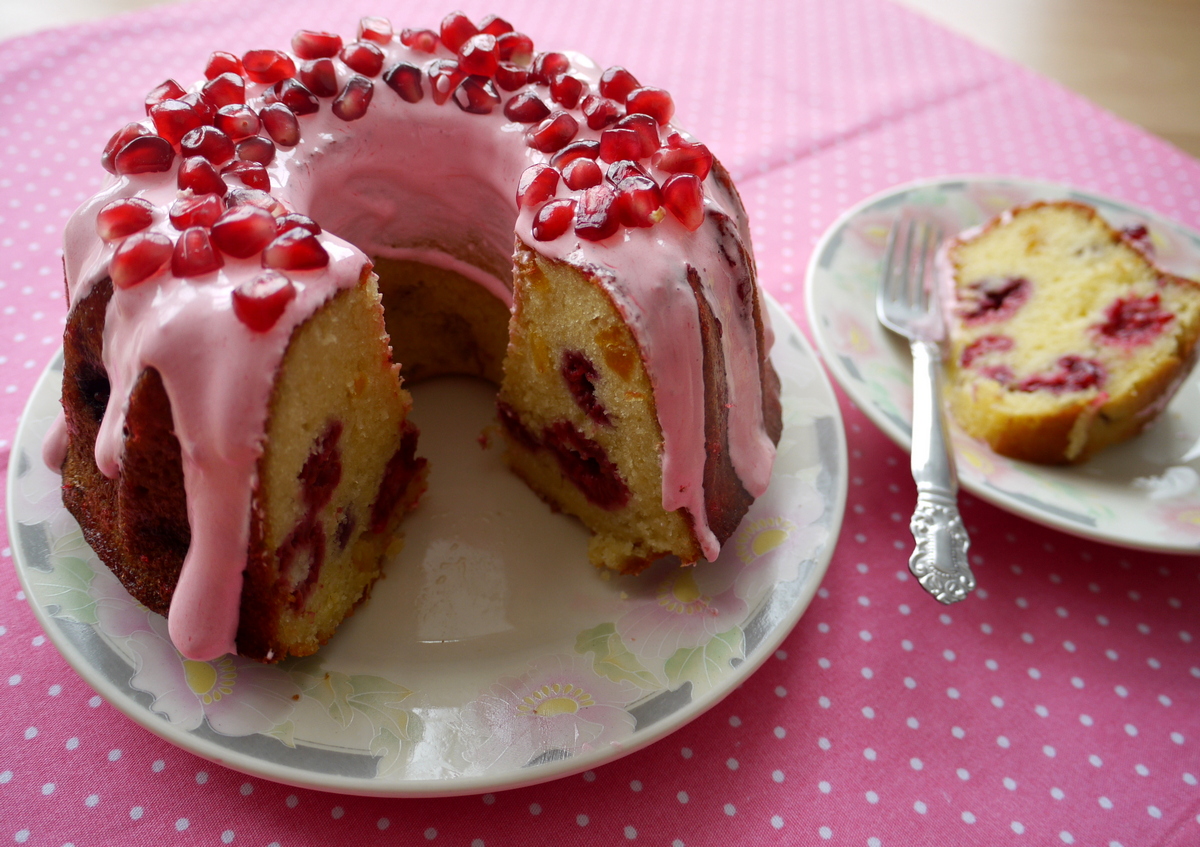