Mini Slovakia – An Inspiration for Your Next Trips

by Ingrid
in Slovakia, SLOVAKIA-BRATISLAVA, TRAVEL
0

Liptov is a historical and geographical region in central Slovakia, well-known mainly to skiers but visited all year round. If you decide to spend your holiday in Liptov, you should definitely pay a visit to the Theme Park Mini Slovakia as well. It is a truly unique attraction in Slovakia. It is located in Liptovský Ján village (Janská Valley), right behind the Ďumbier Hotel.

It all started a long time ago when Kamil Fischer from Košice was inspired by a magazine for youth and as a teenager enjoyed trains and various puzzles. Later, in the 1990s, he started making models of various buildings in the attic of his house. However, he was unsatisfied with the replica of Urban´s Tower in Košice for a long time. He made it on a scale of 1:50 which left the tower very tiny. A scale of 1:25 turned out to be ideal. Gradually, more models were added and the idea was born to exhibit them to the public. The impetus for this was given by an article about exhibited miniatures in Switzerland.

The Mini Slovakia Theme Park was opened in July 2016. At the time of our visit, 23 replicas of well- and lesser-known historical buildings from various corners of Slovakia were on display, and some others are being worked on. Making an exact copy of a building is not easy at all, it requires a good deal of patience – for example, on the roof of the wooden church of St. Francis of Assisi in Hervartov, Kamil Fischer had to install 18,000 miniature shingles using pin… The painstaking work is also matched by the time spent on the production of the replica – although it was “only” approx. 400 hours for the Čičmany house, even less for the construction of the Migazzi Family Mausoleum in Zlaté Moravce – 208 hours… 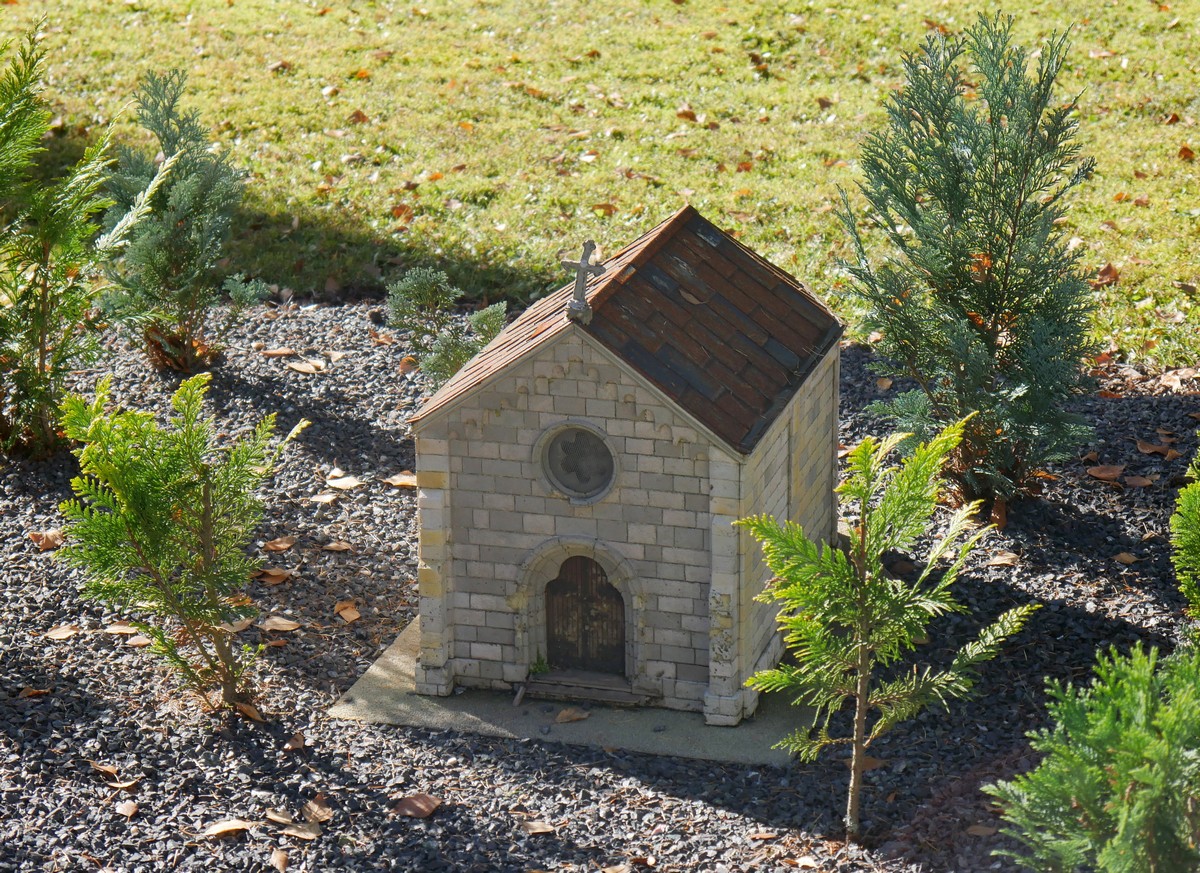 The data on the number of hours as well as other information can be found on the boards next to the individual models not only in Slovak but also in English, German and Russian. The author’s intention for the models is to come as close as possible to the original, not only in terms of details but also in terms of construction material. It is not always quite possible, because some parts are so small or thin that the material would not withstand it, so it must be replaced with another, albeit similar one. Several exhibits are also quite heavy, of course, Strečno castle weighs the most – 650 kilograms, of which a little less than half is the weight of the glue. The aforementioned mausoleum weighs only 8 kg and smaller house models 11-12 kg. In addition to the Čičmany house with typical patterns painted with lime, there is also a replica of a small house in Ihráč (Žiar nad Hronom district) and also a log house from the conservation area in Vlkolínec (Ružomberok). 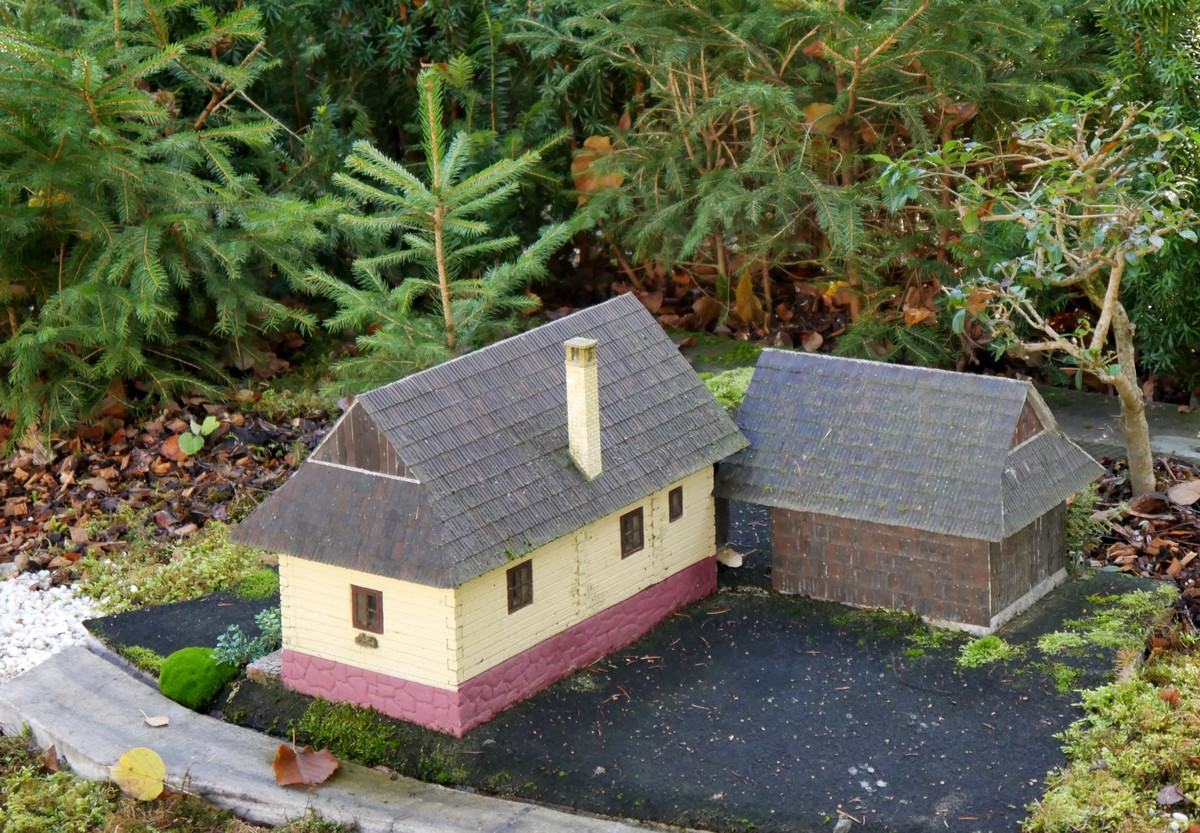 Little visitors (but not only them) will definitely like the trains the most. The so-called Garden Railway is 380 meters long and several different trains run along it. The locomotives are red, black, green… and they all have their own names (Anička, Katka, Hugo…). The track is invented – if it were real, it would have to measure two kilometers! You can stop, observe and keep discovering new and new details. One train carries blue and green Trabants, but also the iconic hippie red Volkswagen van, another has loaded wood while the other carries trucks. The railway is complemented by bridges, tunnels, a water mill, a depot and railway stations – which are also copies of real stations, e.g. Červená Skala. And the water tower from Brezno also stands here. 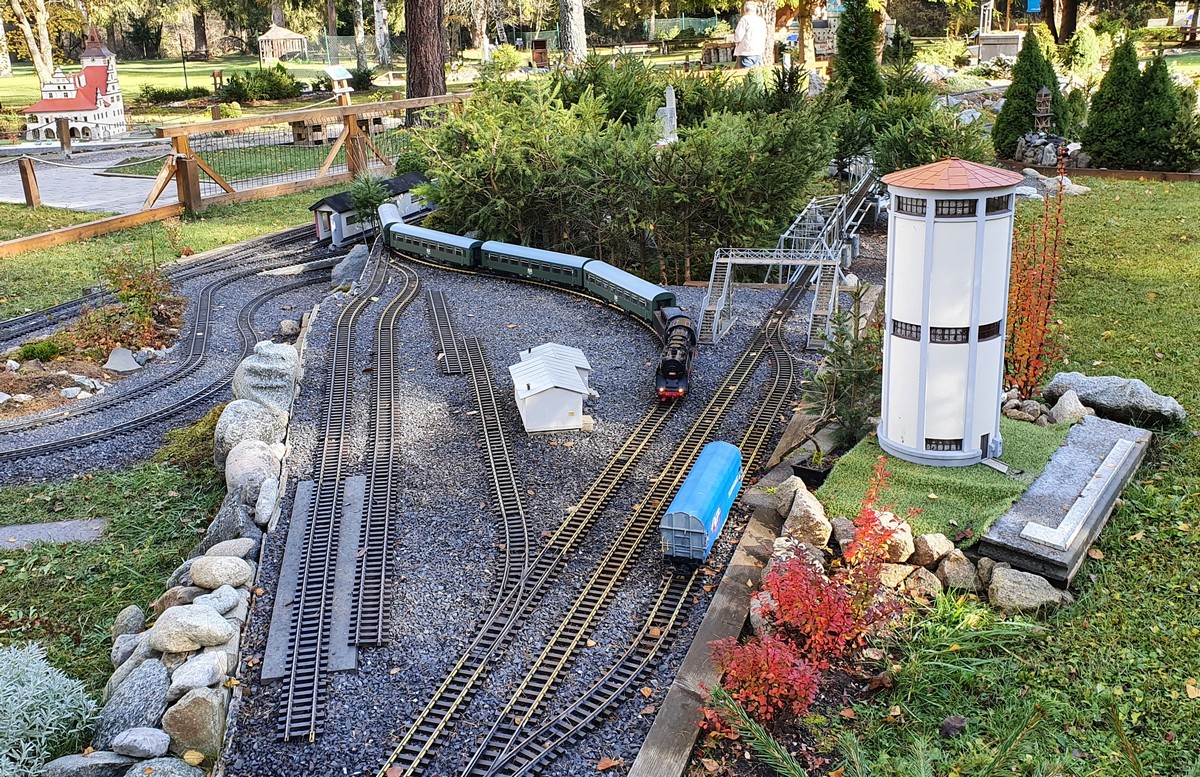 I like that among the exhibited replicas, there are not only well-known Slovak monuments but also some that I have not yet known or visited – in addition to the synagogue in Malacky, for example, the Renaissance bell towers in Spišská Sobota and Kežmarok… According to the information board at the entrance, 1-2 models are added to the area every year. Kamil Fischer has been working on a copy of Bratislava Castle and its surroundings since 2019 – part of it is already standing, not on the hill yet, but only on the supporting structure. The well-known football stadium in Čierny Balog, where a train runs in front of the grandstand, was also under construction. The Theme Park Mini Slovakia actually arouses interest and inspires to visit the original buildings. Many of the monuments on display could not wish for better advertising. There is also a map of Slovakia on which the location of these buildings is marked. You can start immediately in the village of Liptovský Ján because the model of the local church is also located in the park. 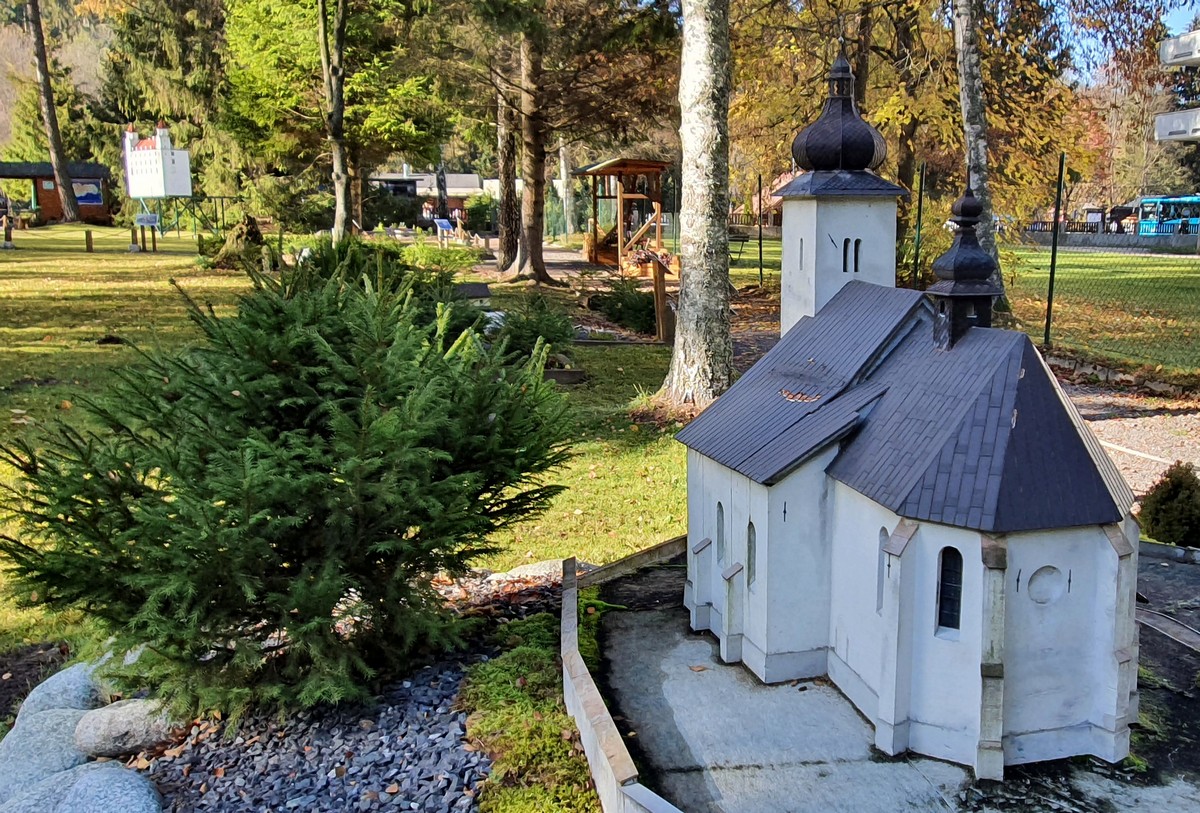 I personally liked the model of the Town Hall in Levoča the most, including the famous Cage of Shame (it was empty!) in front of the building. Although I have already been to Levoča, I told myself that I have to go there again sometime. Mini Slovakia is open every day – even in winter, so skiers can take a break for at least half a day and come and see these well-made copies of interesting Slovak historical monuments.

Opening hours, entrance fees and other information in English: https://www.minislovensko.sk/

Comillas – from a Fishing Village to a Favourite Summer Resort of the Royal Family
Tags: architecturefamily holidayLiptovmini slovakiaminiaturessightstips for tripstravel
Previous Post Plovdiv – Again on a Walk in the Old Town