by Ingrid
in AUSTRIA-VIENNA, EVENTS, Vienna
0

Prunksaal – the Baroque State hall – one of the most beautiful book halls in the world is not only a “sanctuary” of the Austrian National Library where precious, old books are kept but also a room where different interesting events took place regularly. 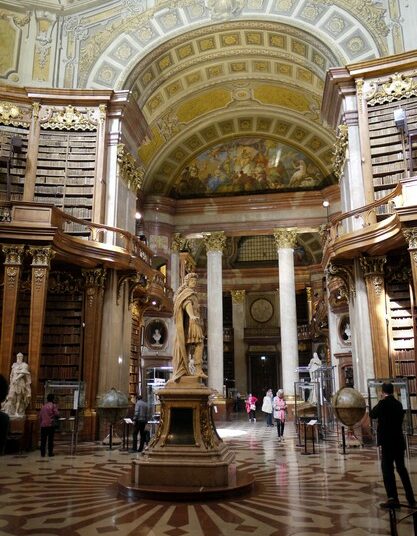 I also visited the exhibition devoted to the 100th anniversary of Emperor Franz Joseph’s death. Hearing his name, almost everybody remembers an old monarch in a uniform, with a kind look and unmistakable beard style, best described as muttonchops with flair. But even an emperor used to be a child, young man or a man of his best years. This was documented on a 10-meter board where you could see the emperor’s portraits from every year of his life. Franz’s ambitious mother Sophie, Princess of Bavaria, was firmly sure that she had given birth to a future ruler of the monarchy, so she let portraits be made of her eldest son every year. There are 86 portraits – the same number of years Franz Joseph lived while 68 years he was sitting on the Habsburgs’ throne. That is why the name of the exhibition was Der ewige Kaiser – The Eternal Emperor. 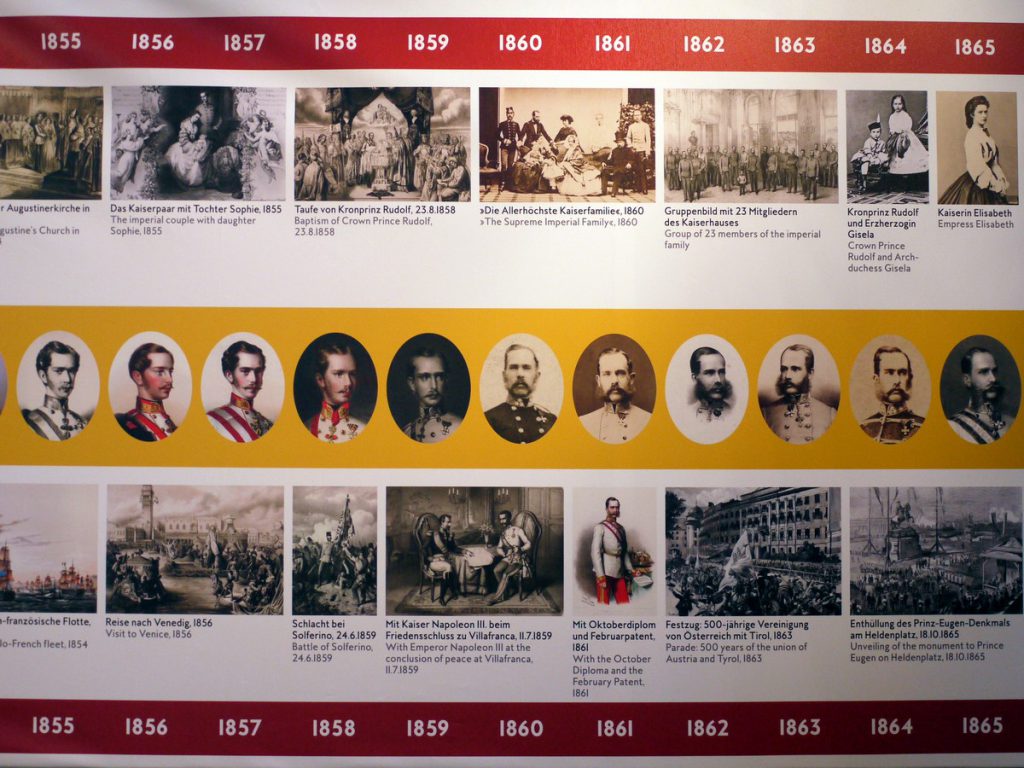 In addition to the portraits, there were also pictures catching important both political and private milestones of the monarch. The Austrian National Library holds more than 10.000 pictures, graphics, books, magazines and other documents connected to his life. At this exhibition, you could see his exercise books, examination answers and also drawings from his childhood. The little Franz had private teachers but it was hard work anyway because very often he had to study even 50 hours weekly. As a future ruler of a multinational monarchy, he was obliged to speak seven languages – you can see in one exhibited notebook how he practised his signature in all those languages.

Of course, a part of the exhibition was devoted to his beautiful wife Sisi. There was an interesting picture Allerhöchste Kaiserfamilie (The Supreme Imperial Family) from 1860 – the only known picture of the young imperial couple together with their children Gisela and Rudolf. All the other pictures known to the people of the empire were just collages showing an ideal image of the imperial family. Sisi did not feel well in the Hofburg in Vienna, she spent a lot of time traveling, far away from both her husband and children. No wonder that another woman stepped into the Emperor’s life. It was Katharina Schratt, a leading actress of the Court Theater. Their first appointment was arranged by Empress Sisi. She knew very well that her imperial husband needed a female companion for both his amusement and consolation. Their relation is documented by the rich private correspondence in which the Emperor calls her “My dear and good friend” while Mrs Schratt uses the terms “Majesty” or “My most gracious Lord and Emperor” according to the court protocol. Franz Joseph wrote more than 900 letters to her, the longest ones with 13 pages. Some of them were also shown at the exhibition telling visitors that in the deepest corner of his soul the monarch was a romantic – there are edelweiss flowers from a hiking tour attached to a letter or a piece of a red fabric cut by the hand of the emperor from the imperial lodge in the Court Theater after the last performance of his favourite actress. The Emperor’s letters to Katharina Schratt were also printed in a book from Brigitte Hamann, a German-Austrian author and historian. 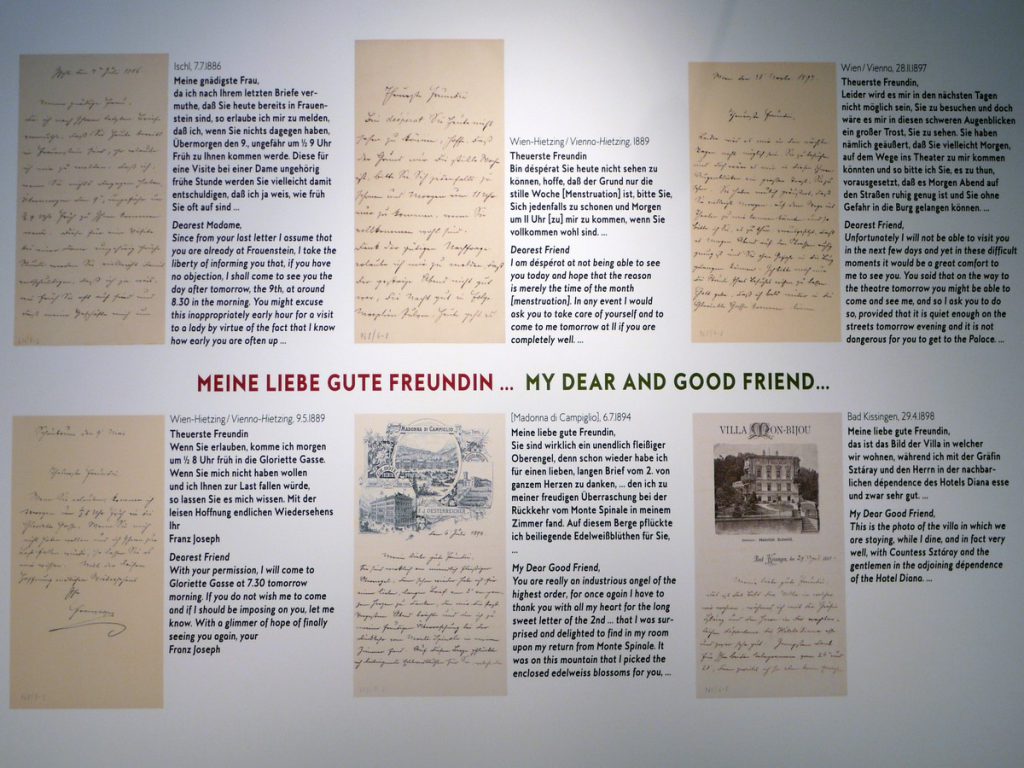 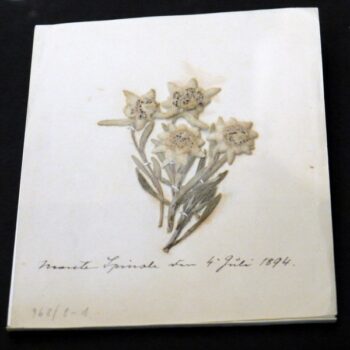 Visitors could also find a lot of documents bringing an intimate look into the emperor’s life. Usually, he is dressed in a uniform, but there were also some pictures at the exhibition where he is wearing civilian clothes – a black suit and a black bowler hat. 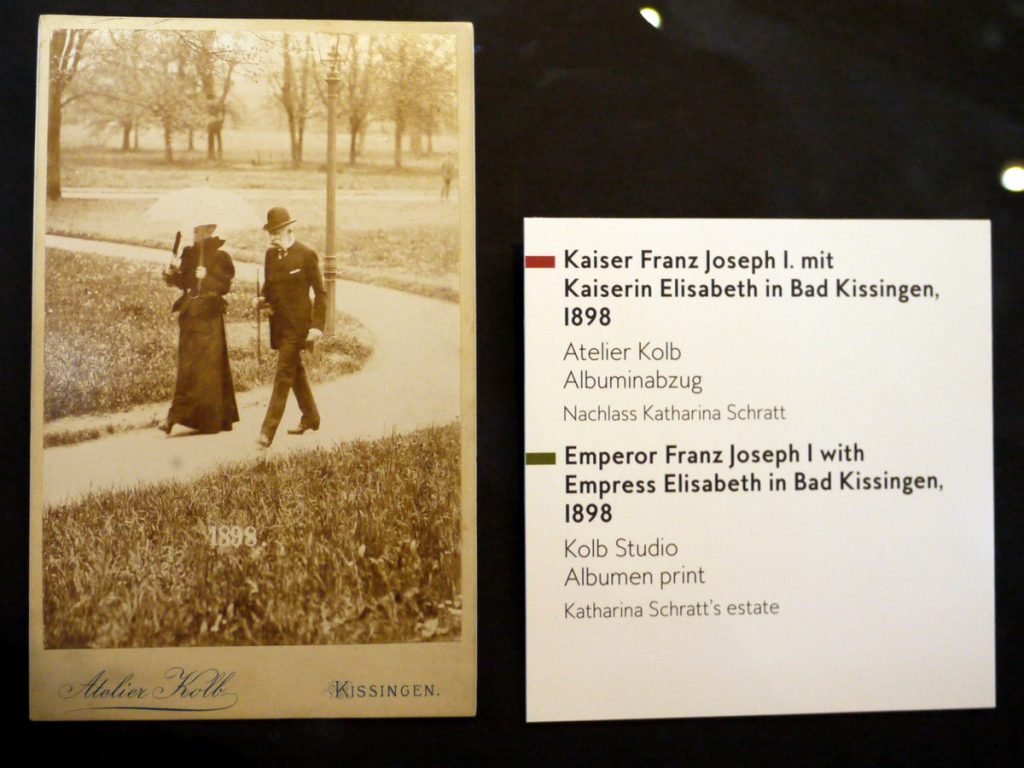 A special display case was devoted to Crown Prince Rudolf. The original suicide notes from 1889 which were written by Rudolf’s mistress Mary Vetsera to her mother, sister and brother belong to the exhibition highlights. She had written them before she committed suicide together with Rudolf at the imperial hunting lodge Mayerling near the town Heiligenkreuz in Low Austria. Except for the farewell words, she wrote to her sister: “…Be happy and marry with love only. I am not allowed to do it and because I cannot resist the love I am going with Him…” The letters were believed to be lost or destroyed for many years but they were found last year during an archive inspection at the private bank Schoellerbank. Together with a note from Rudolf to his wife Stéphanie, they are permanently bestowed on the National Library. Now they were displayed to the public for the first time. Their rediscovery ended all conspiratorial theories about the mysterious death of this couple of lovers. 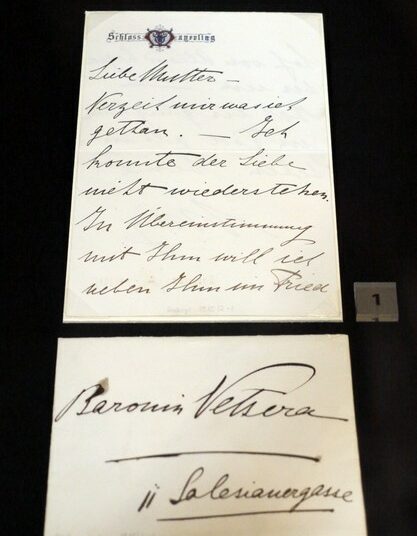 The emperor was very hurt by the suicide of his only son. He had lost not only his son but also his successor. The next candidate in line to the Austro-Hungarian throne was the monarch’s brother Archduke Karl Ludwig but he died in 1896 of typhoid. His death made his eldest son Franz Ferdinand d’Este the new heir presumptive. But “the eternal emperor” survived also his nephew. At the exhibition, visitors will find a picture where the old monarch – after the assassination in Sarajevo – on July 28, 1914 signs his manifesto “To my peoples!” which actually announced the starting of World War I. The emperor died on November 21, 1916 – in the middle of that war. The belief in the future of the Habsburgs’ empire had died with him…

The article is about the exhibition in 2016.

This article was written for the Slovak daily SME, September 2016. 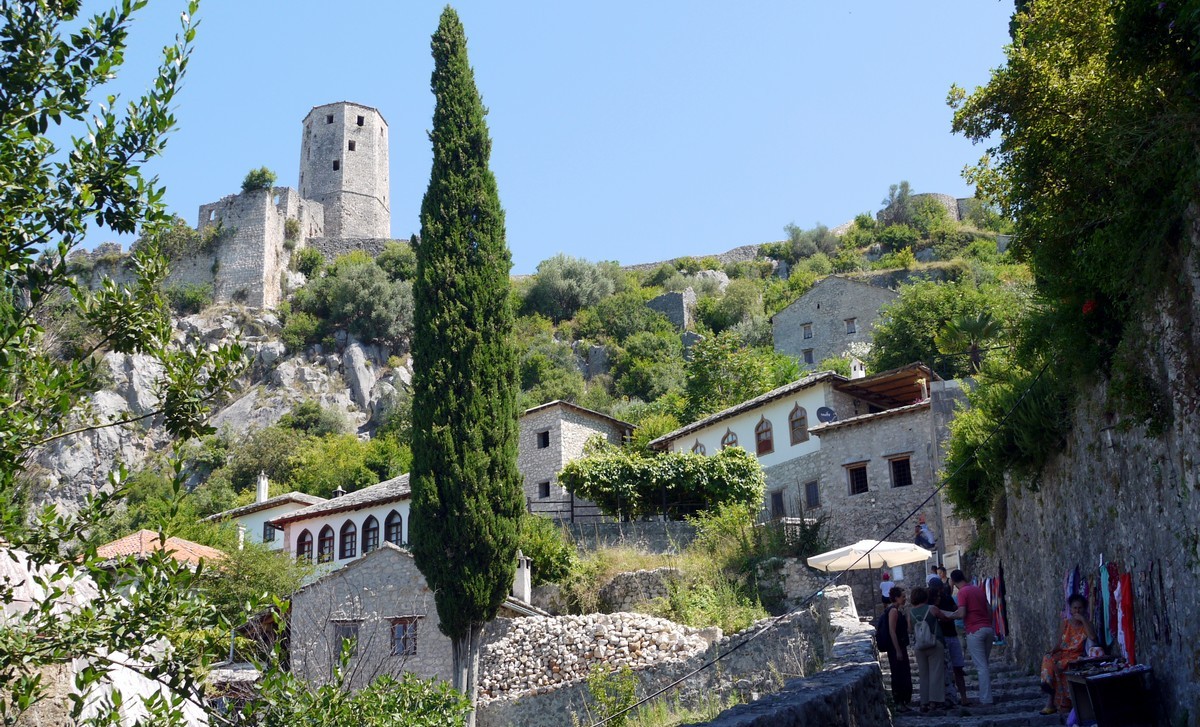 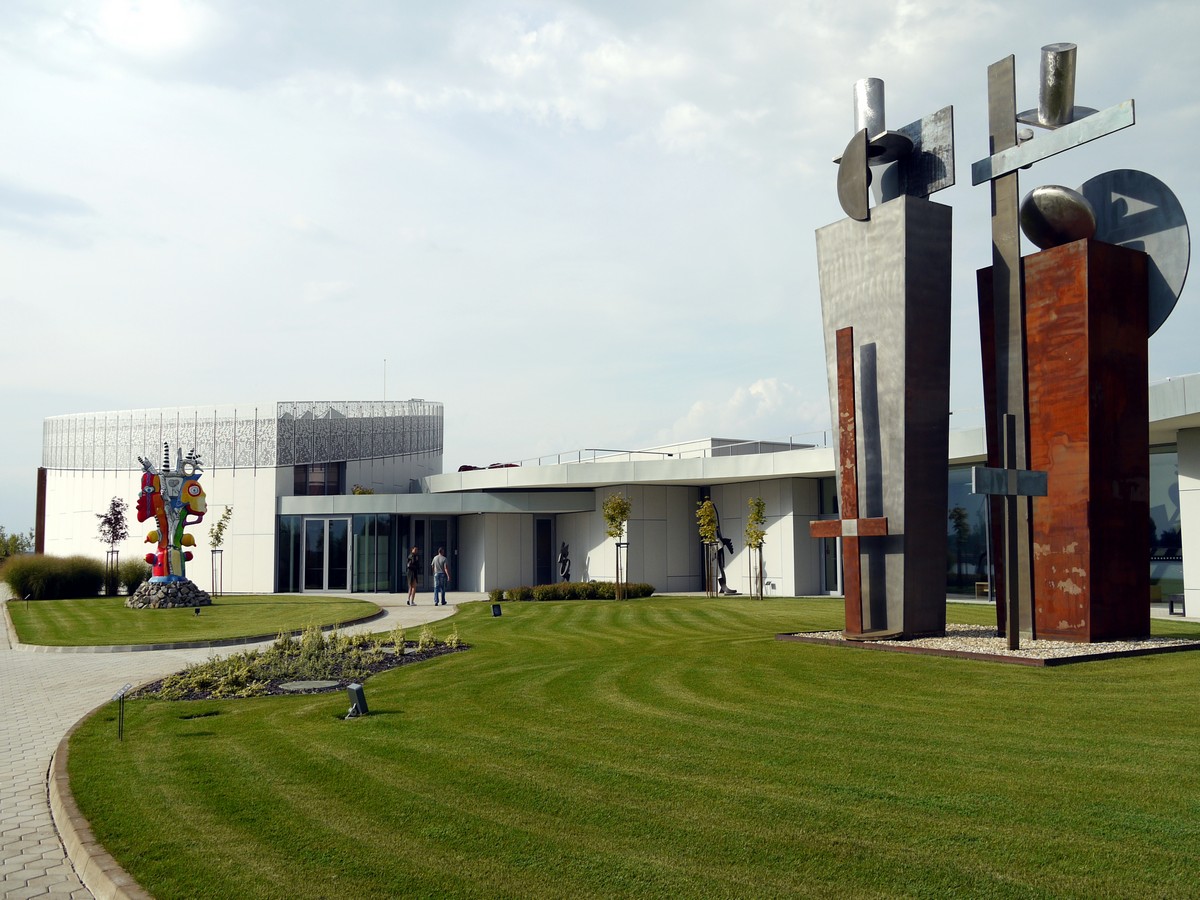