by Ingrid
in Bratislava, SLOVAKIA-BRATISLAVA
0

I am very happy when I can present something from my country on our blog. This time it is a museum that captures your attention not only thanks to its displays but also thanks to its unique location. 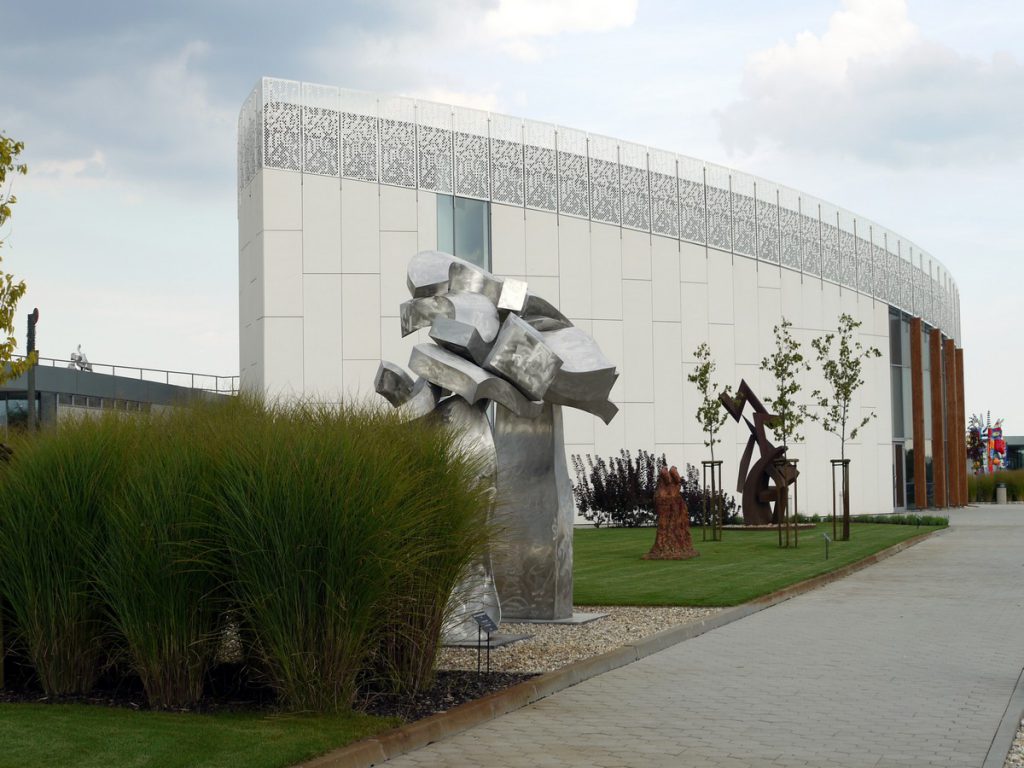 It is the Danubiana – Meulensteen Art Museum. You will find it if you go from the center of Bratislava southwards, to Čunovo. After ca 15 km you will arrive at a peninsula with a dominant modern building. You will know that you are at the right place because you can see some works of art in the park near the museum. 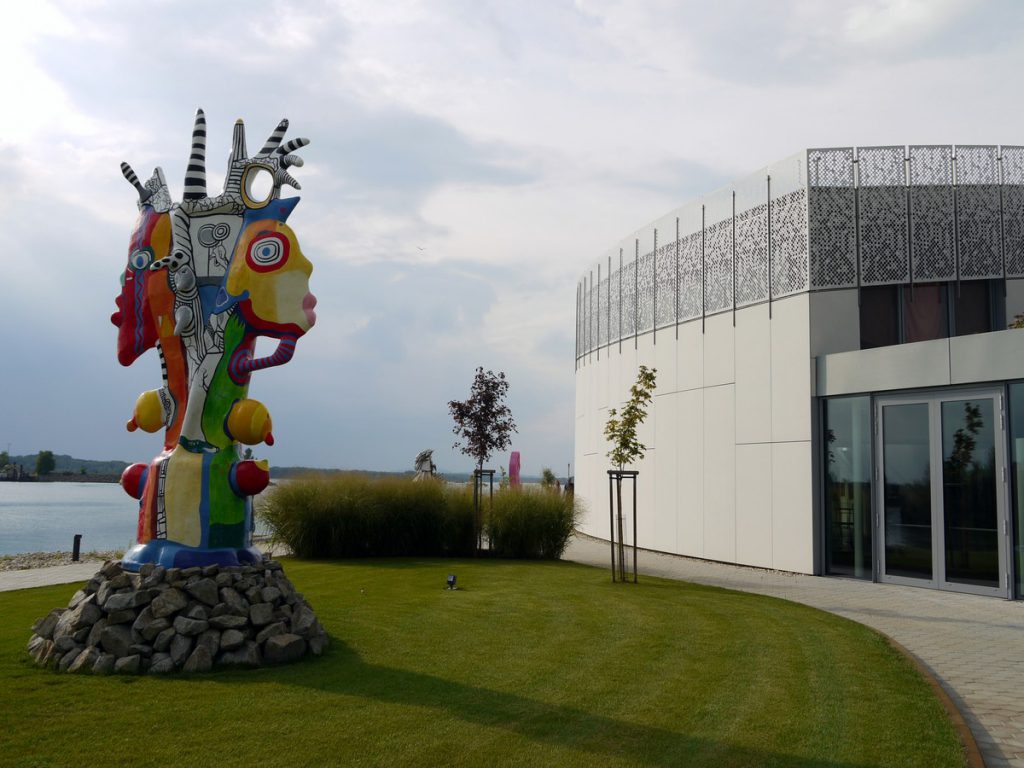 It is not by accident that the form of the building resembles a ship – a galley. 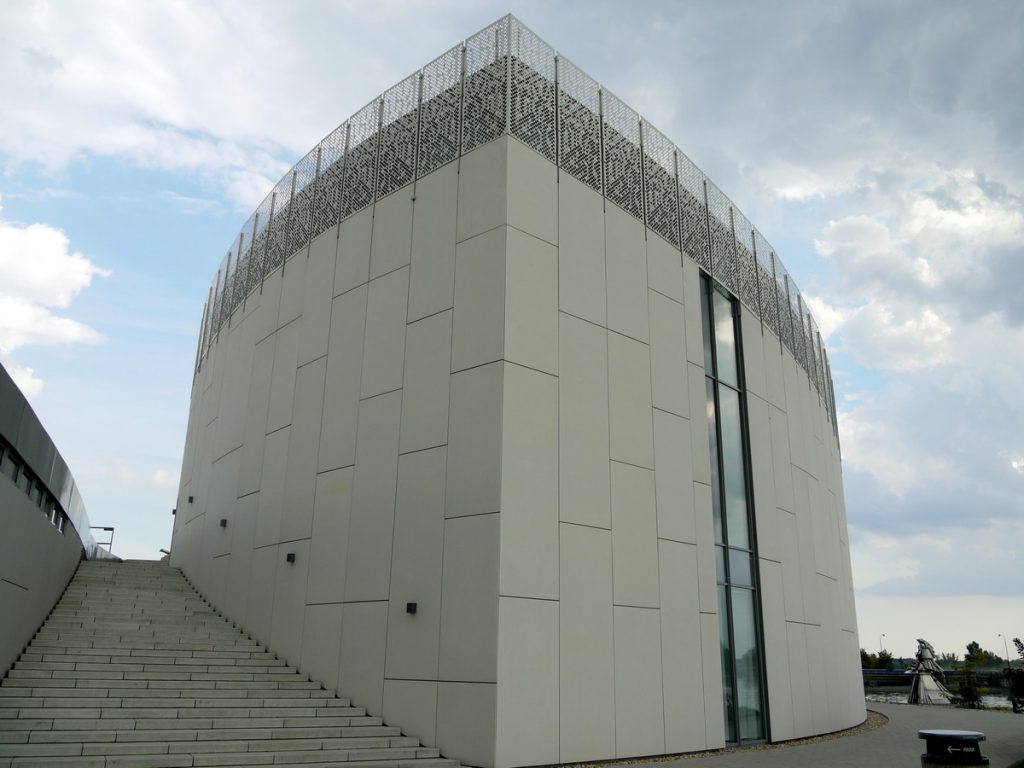 All around the place you can see the Danube – the international, multicultural river which flows through ten European countries. Although the Danube is Europe‘s second-longest river only, it is the richest one. About 100 million people live on the territory of its basin, they speak different languages and write in Latin and also Cyrillic and have different religions. This river is not only a life-giving artery to them, but also an important symbol that comes alive in many tales, legends and songs, not only folk songs but in four national anthems as well. It is a symbol of ancient history, national pride and also a symbol of future and cooperation which extends beyond state borders. 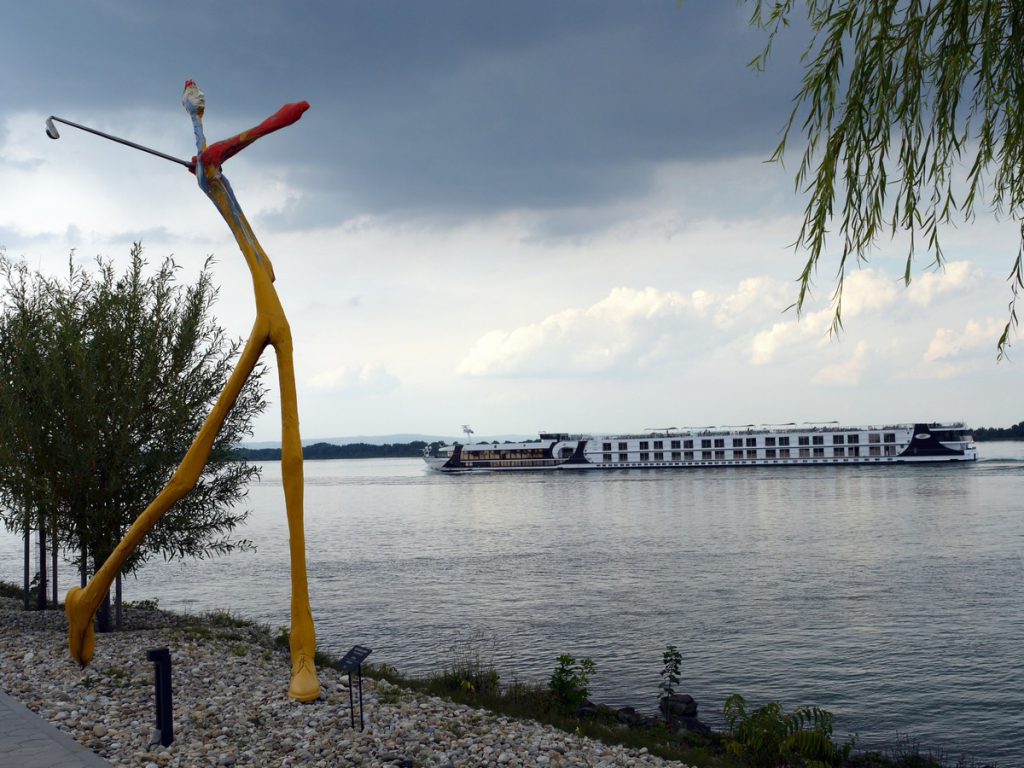 The story of Danubiana began in Eastern Slovakia. Vincent Polakovič, a graduated lawyer, worked at the district prosecution in Poprad. He was incredibly obsessed with his namesake Vincent van Gogh and planned a trip following van Gogh‘s life. On the day of the 100th anniversary of his death, he wanted to stand at the grave of the famous painter. His dream became true and after his return, he opened the gallery Yellow House in his hometown. Although the gallery went bankrupt a year later, he did not give up, traveled to Holland where – by lucky chance – he met Gerard Meulensteen, a big fan of art. An idea to build a modern museum in Slovakia was born. Vincent Polakovič was also very impressed by the Museum of Modern Art Louisiana in Denmark at the seaside, just 35 km from the Danish metropolis. He wanted to build something similar. Returning home he walked from Devin along the Danube looking for a suitable place. Then he came to this peninsula. This was the right place. 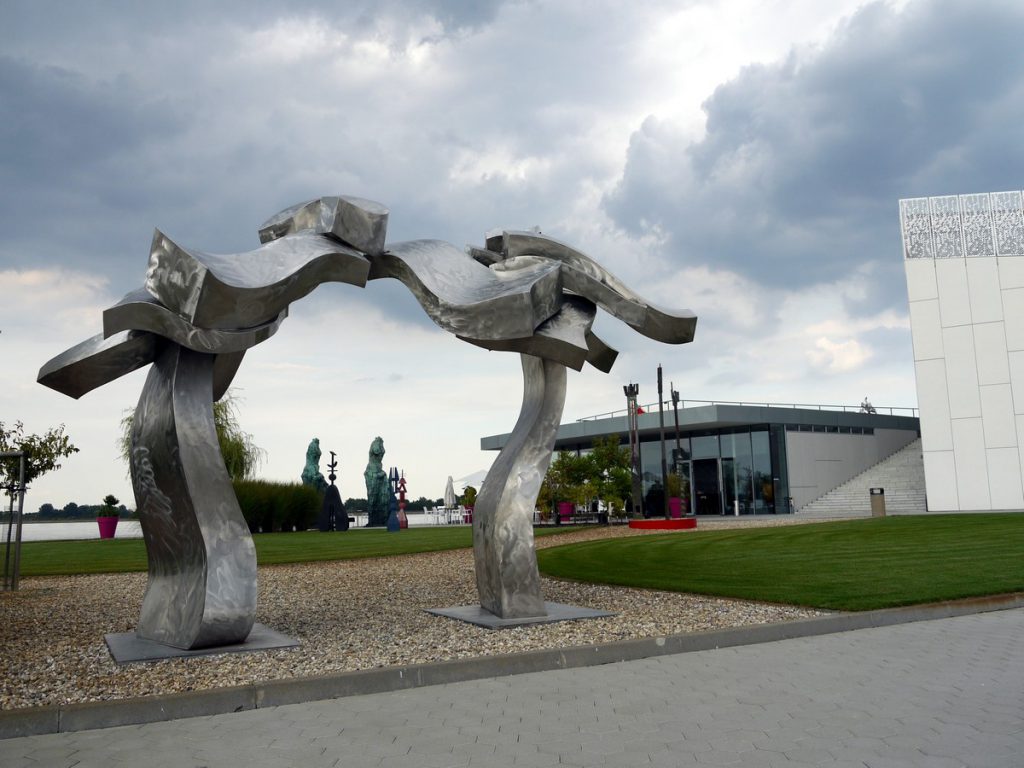 Danubiana was opened in 2000 (architect Peter Žalman). A second part was built in 2014 (architect Ján Kukuľa). It has a form of a wave that washes around the main building. It was proclaimed as the Building of the Year 2014 in Slovakia. 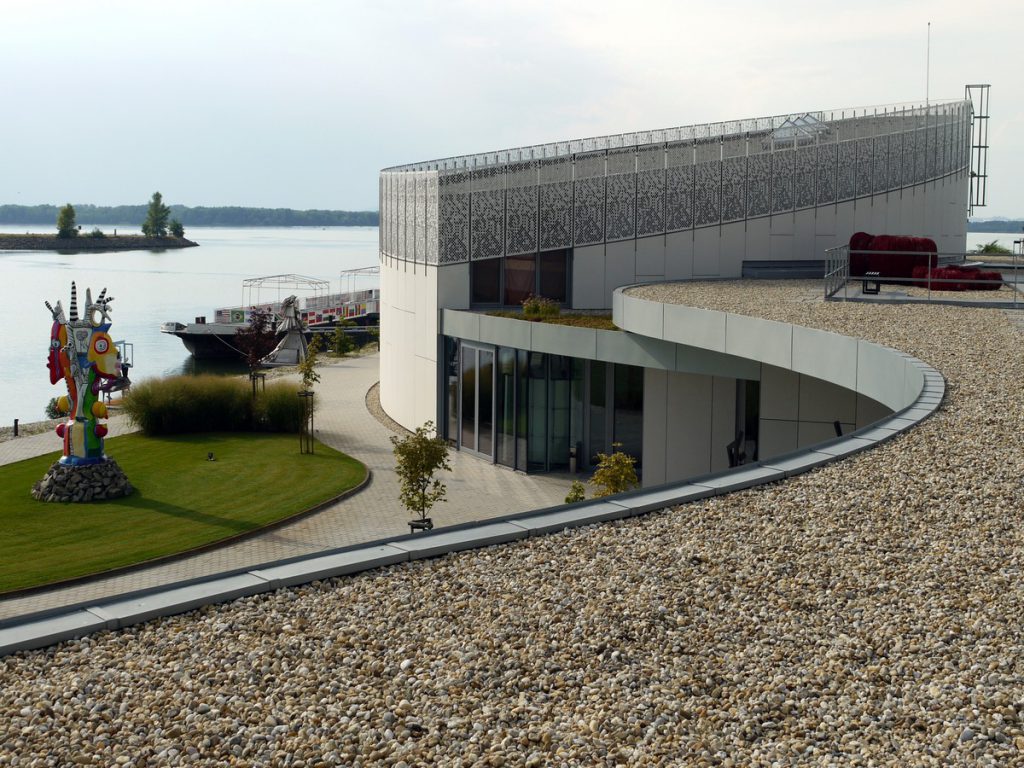 Danubiana has the level of any respected world museum. Its interiors surprise with their space and light. The larger part is a permanent exhibition – 90 % of the works come from the private collection of Gerard Meulensteen. Danubiana has the right to borrow the masterpieces for 20 years while it builds its own collection. 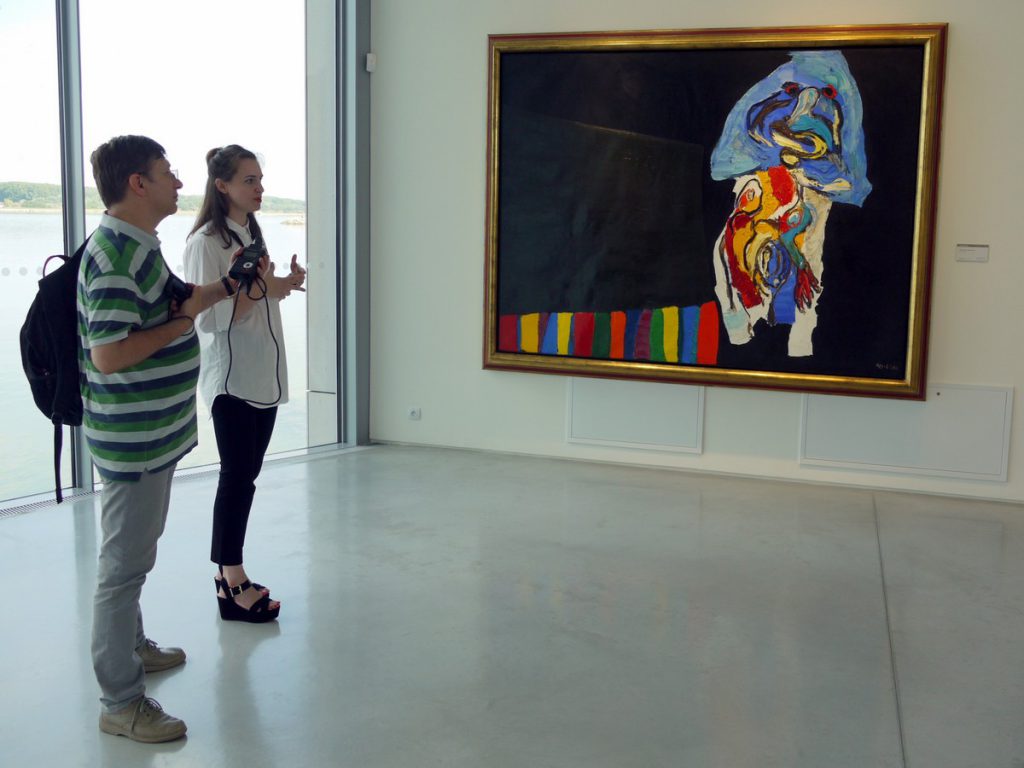 Except for paintings, there are also different installations. I liked this one from Viktor Frešo with a strange name which is very difficult to translate. According to the caption, it is “a small arrogant man with an angry expression on his face, a man both ridiculous and foxy, an insidious son of a bitch, full of complexes, a self-important, arrogant bastard, the type that people find annoying in real life.” 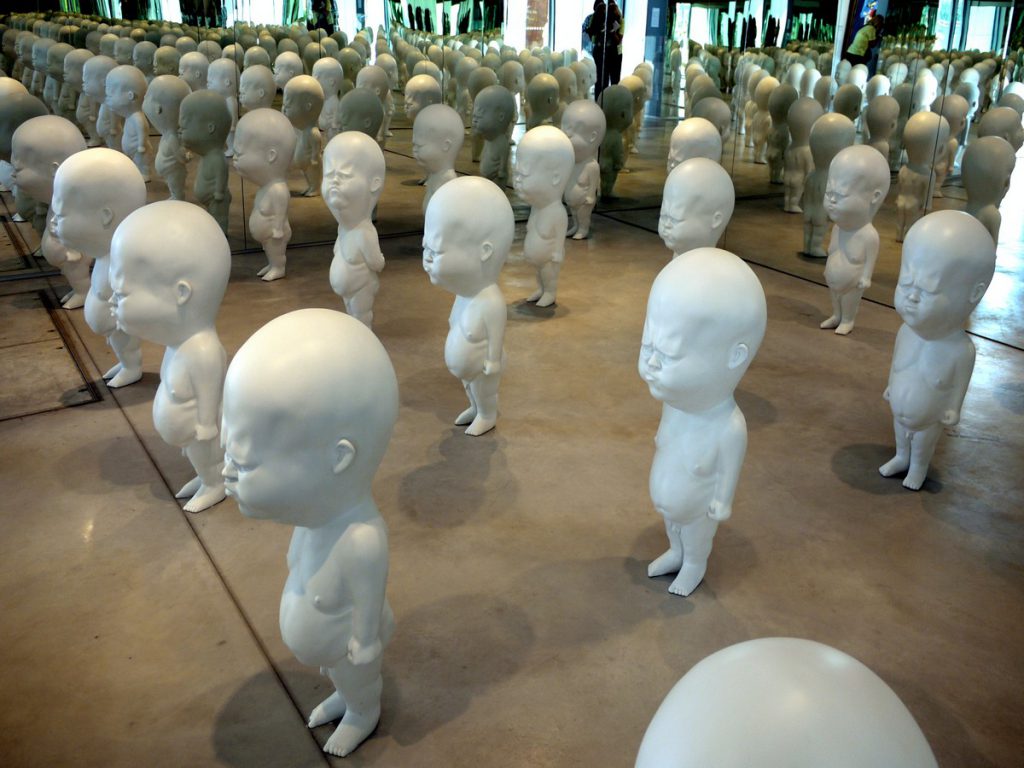 Well, how many faces of people you know you could stick on those figures?

Walking through the rooms also beautiful views of the river or statues in the park open in front of you. 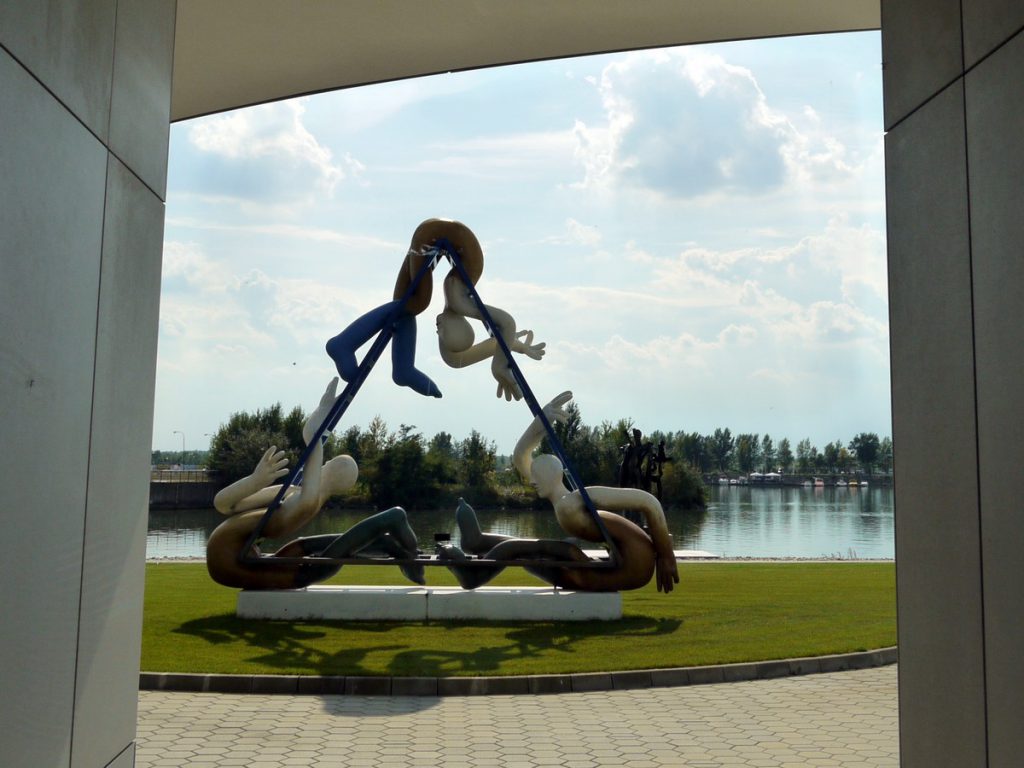 There are also special exhibitions, for example, in 2016, there was an exhibition devoted to the Spanish painter Joan Miró, even with a copy of his studio in Mallorca. 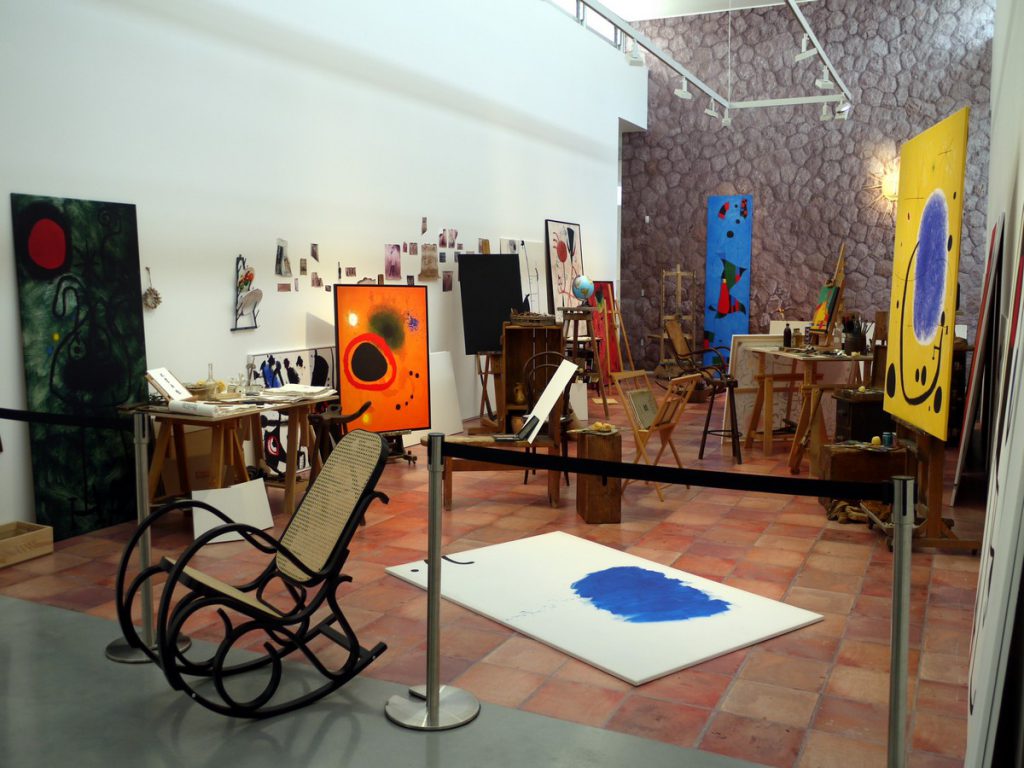 You can also visit the roof of the museum. Of course, you will find some masterpieces there as well. Like these Sea Weeds from Xénia Hoffmeisterová. 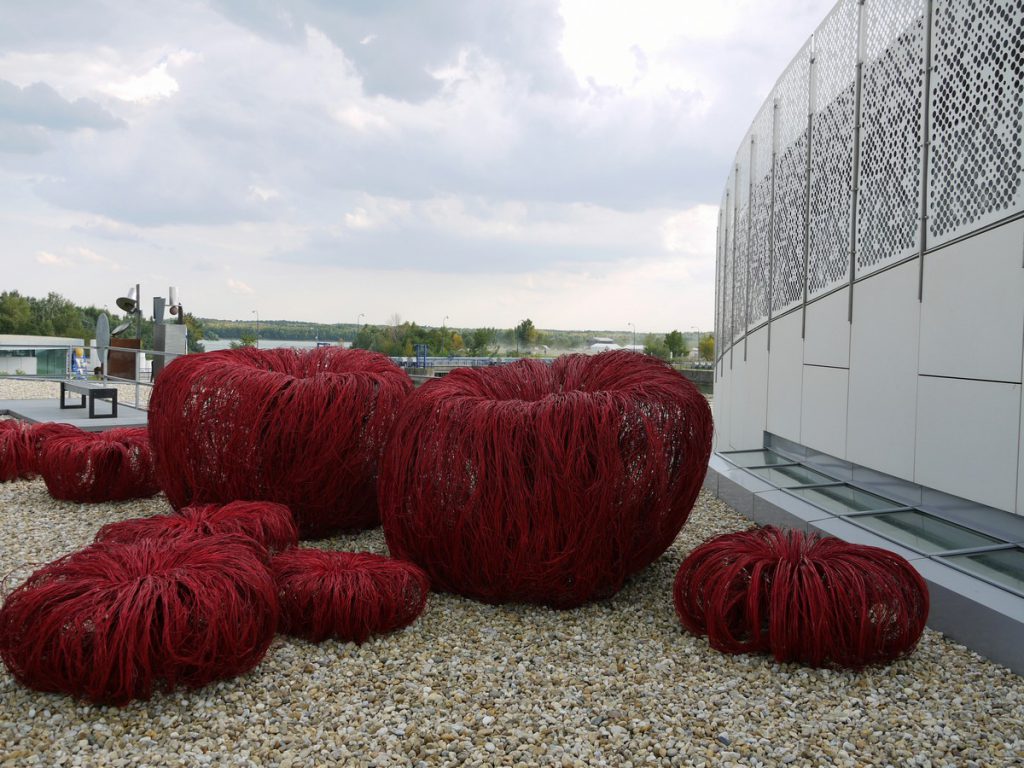 If you come after 2016, I am sure there will be always an interesting and high-quality exhibition in Danubiana! 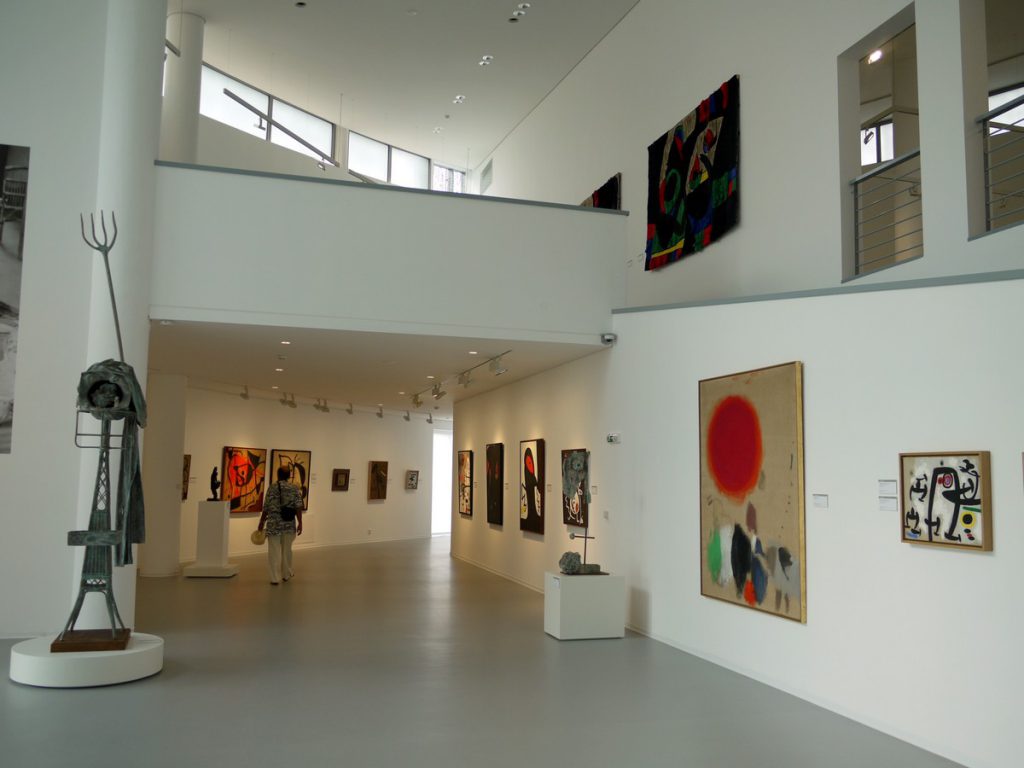 How to get here: the best way is by car or bicycle, but also by public transport or even by ship – you will find detailed information about the transport, admission fees and opening hours here.

If you like water sports then this is the right address for you as well, because just opposite the museum, on the other side of the street, there is a White Water Center for play, fun and relaxation. 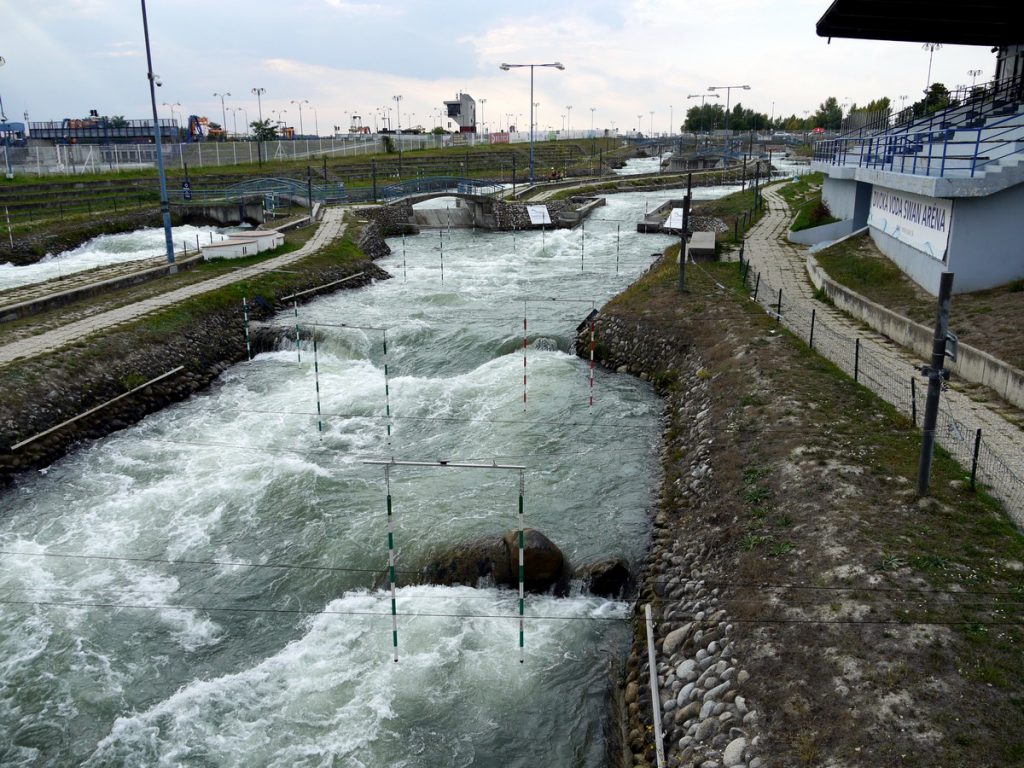 You can try rafting through 350 meters of obstacles. This course was used even for the World Championship. It is very popular with young men from the UK who come to celebrate their stag party. 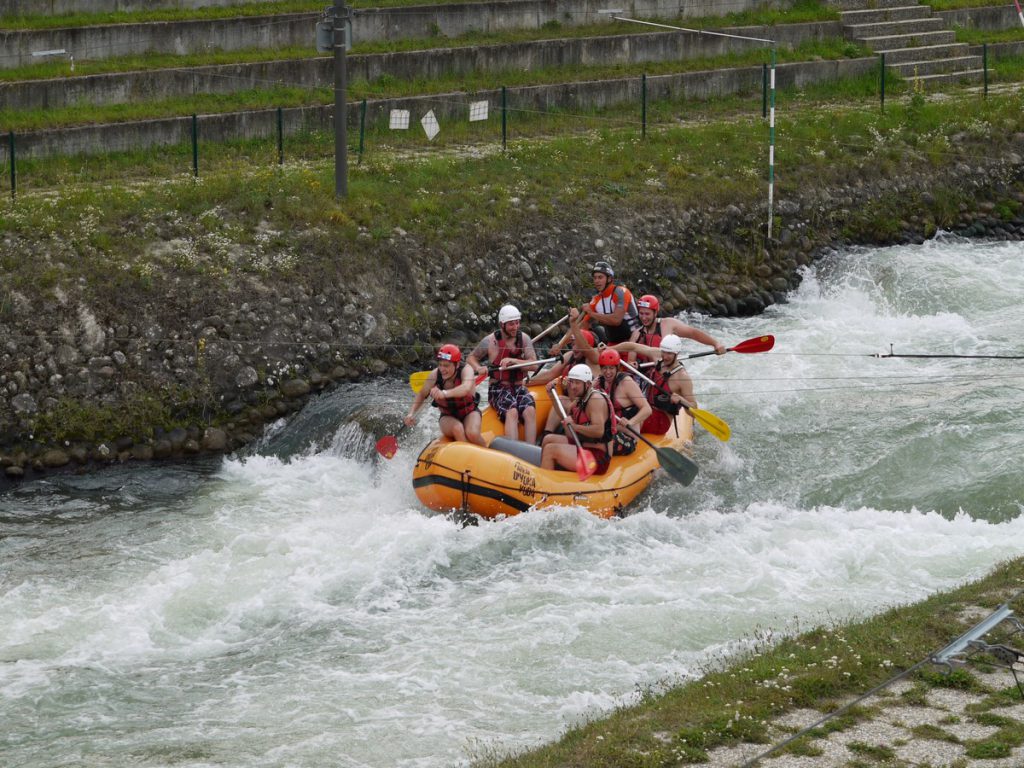 There is also a kayak school… 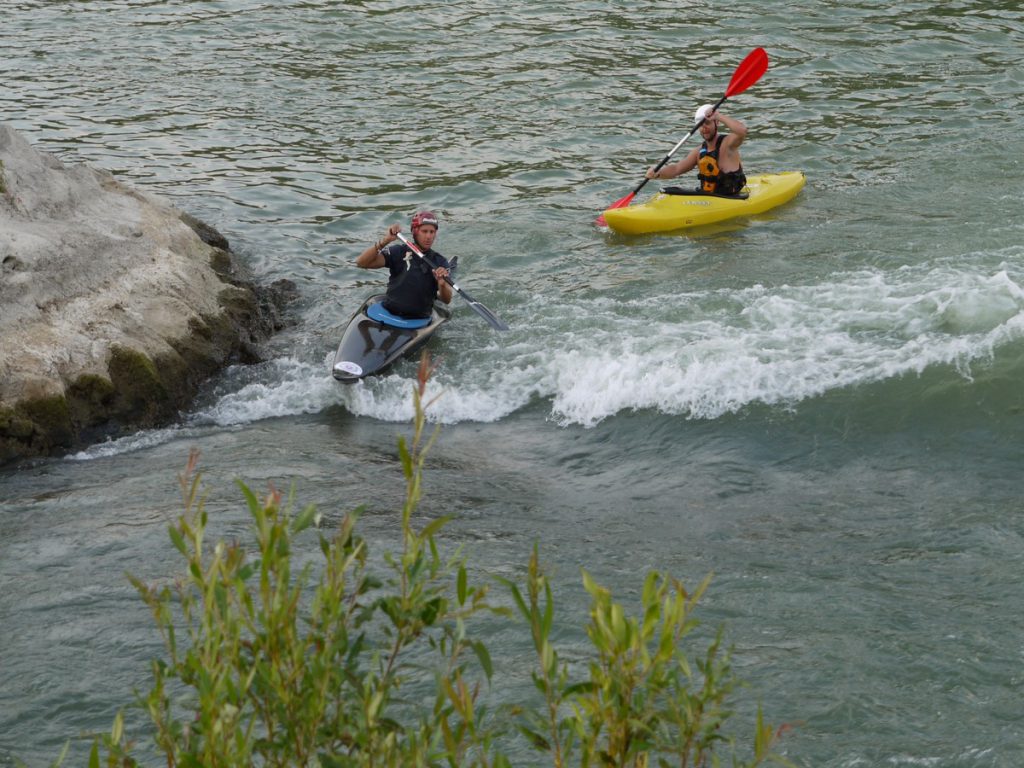 … but you can try also the Stand up Paddle (SUP), hydrospeed or river surfing on an artificial wave. 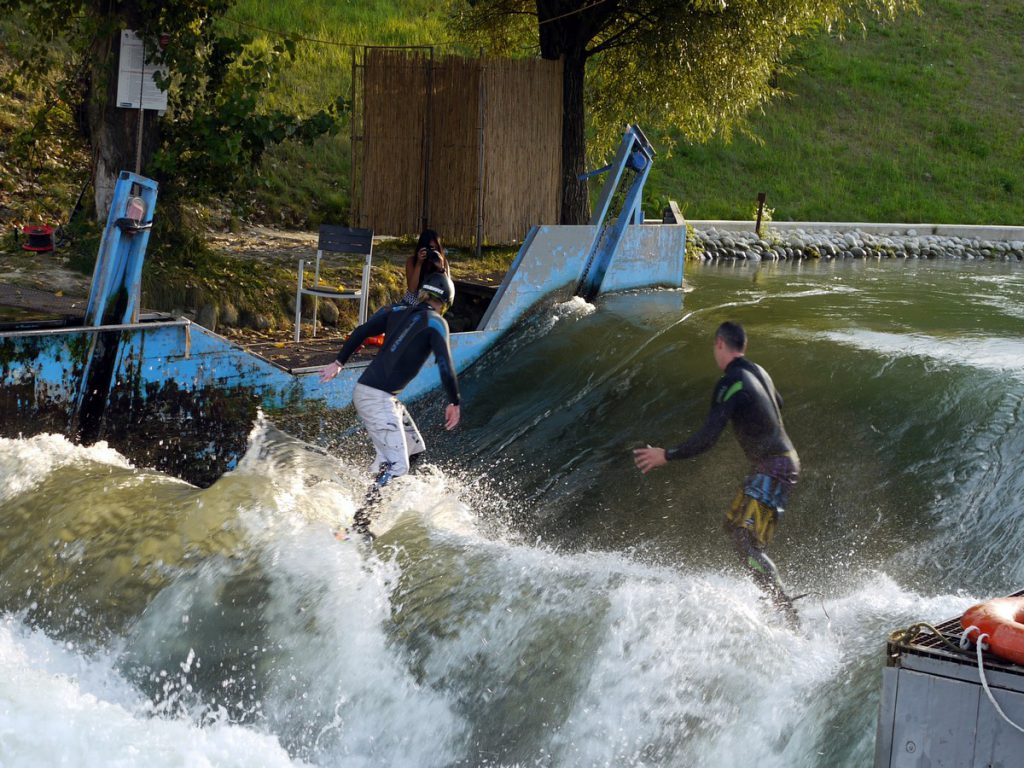 If you do not have the courage to try it then just watch and support those who end in the water. 🙂 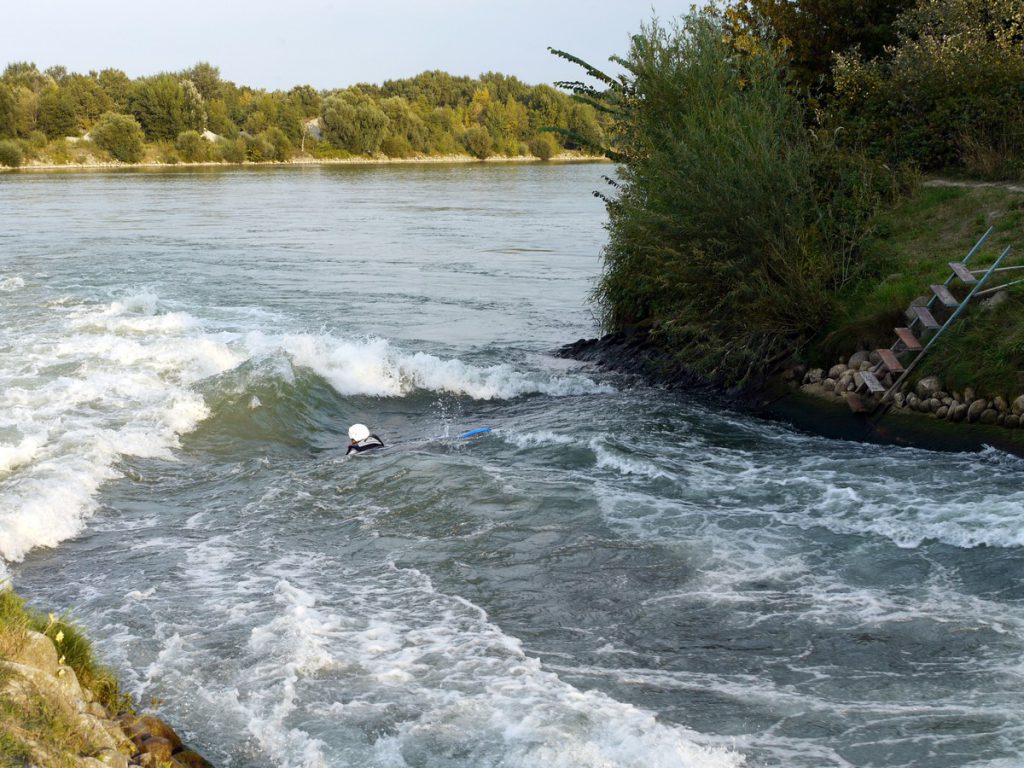 There are also a kids zone, a restaurant and accommodation facilities. It is a good tip for a birthday party or a firm event. More information here. 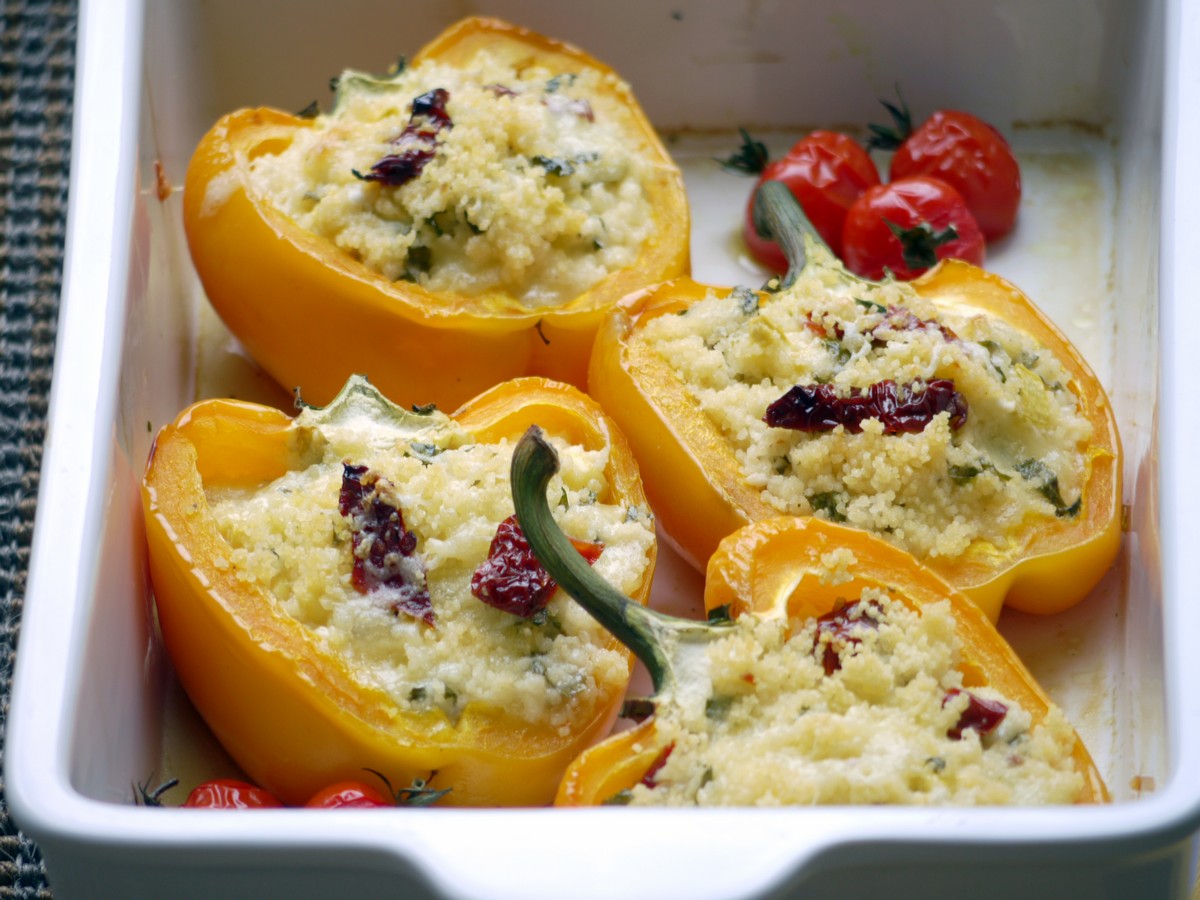