It is a special song. It has been translated into 300 languages and dialects but always begins with the same words: “Silent Night Holy Night”. Indeed, when people start singing it after the Midnight Mass, I have a feeling that the world has really quietened at least for a while. As if everybody would submerge into his/her own intimate feelings, into memories of his/her childhood, home and family, and often also of those who are not with us anymore. I, too, see myself as a little girl walking with my father through my hometown in the night, frozen snow is cracking upon the weight of our steps. I am watching windows where colourful lights still reveal the silhouettes of Christmas trees. Nobody is in a hurry anymore and delicate snowflakes are smoothly landing on the collar of my winter coat. I feel as if I was the small figurine in that magical glass globe with the idyllic landscape of our childhood hidden inside. Just shake it and it would start snowing in the globe… Silent Night, Holy Night – a song which evokes so many emotions!

For a long time, I didn’t know anything about the origin of this song.

It was in 1816 and it was an extraordinarily hard year. Europe was still bleeding after the Napoleonic Wars. New borders were established which divided both territories and people. What’s more, the cruel winter didn’t want to end. It was snowing even in July! Actually, it was a year without a summer. People suffered from severe storms, hails, floods and starvation. They used everything (bark or plaster) which could be ground to mix it with flour and baked bread out of it. The harvest was completely destroyed. I am sure that many were persuaded the final destruction of the world was coming. Nobody knew that the disastrous situation was a result of the powerful eruption of the Tambora volcano on the island of Sumbawa in Indonesia a year before. For ten days, ash, lava, stones and gases dispersed in the atmosphere…

It was his second year, that the young priest Joseph Mohr had been assigned as a co-adjutor to a church in Mariapfarr, a small Austrian village. Influenced by the latest happenings, he wrote the poem Silent Night consisting of 6 verses. No wonder that he used such words like terrible hunger, freeze, dark times… But he also saw hope for the heavily tested mankind – as he called the child born in the silent and holy night a Savior and Redeemer. This child is the promise that evil will disappear and good will come back again.

The lyrics had waited for 2 years to be set to music. Mohr was assigned to Oberndorf, a small town, about 20 km from the city of Salzburg. Here he met Franz Xaver Gruber, a teacher in the town. Before Christmas 1818, Gruber composed the melody to Mohr’s lyrics. The song was first performed by both friends on Christmas Eve 1818 at St Nicholas church in Oberndorf, Mohr accompanied the song with guitar. A guitar? Is it not an unusual music instrument in a church at the beginning of the 19th century? Well, there is a nice legend explaining this. A mouse takes the centre stage in the story. It was a hard winter and the hungry mouse found shelter in the St Nicholas church, bit the leather bellows of the church organ and so put it out of service… By the way, the guitar still exists – in the museum in the town of Hallein, where Gruber had spent the second part of his life and is buried there as well.

Three years later, the organist Carl Mauracher came to Oberndorf to repair the organ and discovered the manuscript of an unknown carol. He liked it immediately and took it to his home in Zillertal in Tyrol. Several families who lived there made their living in winter by selling handmade products (e.g. gloves). They wandered from place to place, selling and singing carols at the same time. Silent Night was also among their songs. The impressive song and simple melody grabbed everybody by the heart, everybody wanted to sing it as well. So the song went around and in 1839 already, it was performed even in the USA! It’s amazing, isn’t it? Without the internet, advertisement and sophisticated marketing, it became a hit which is sung by 2 billions people on Earth every year – by opera stars, pop icons, jazz legends, folk singers and just ordinary people as well. Its melody pours to us in shopping centres during Christmas shopping mania, it is played on Christmas parties, markets and the radio. It is a song that was created by neither a famous poet nor composer but by two modest and humble men in a small town.

And did you know what happened on Christmas Eve 1914? A thousand soldiers in trenches along 50 km of the Western front line put their weapons and helmets down and started to sing the Silent Night, everybody in his mother tongue. There too, did time stop at least for a moment. And on Christmas 1941, the song was heard on the balcony of the White House performed by the American President Franklin D. Roosevelt and British PM Winston Churchill.

The Silent Night will be 200 next year. Austrians have already started preparations for this jubilee. In November 2017, a special website was created which presents a project of 13 places in 3 Austrian states who are connected to the carol or its authors: Salzburg, Tyrol and Upper Austria: https://www.stillenacht.com/en/ They will also organize a special regional exhibition (Landesausstellung) “Silent Night 200” from 29 September 2018 until 2 February 2019. You can find more information also here: https://www.salzburgerland.com/en/

St Nicholas church had to be demolished after it had been damaged by several floods of the Salzach river. On its place, a memorial chapel was built in 1924 – 1936.

I visited Oberndorf twice, unfortunately never in winter. But never mind. The river creates an amazing loop and its banks attract for a walk at any time of the year.

In the past, there was only one town here – Laufen, the centre of ship transport of Alpine salt. Small boats that transported the valuable salt were reloaded here to larger boats. Shipbuilding, customs and charges for accommodation were responsible for the town’s wealth. Even the church was dedicated to St Nicholas, the patron of boatmen.

In 1816, the city was divided between the Bavarian kingdom and the Austrian Empire. The river – once a life-giving artery became a state border.

If you come here, walk through the Salzach Bridge built in 1903 in Art Nouveau style connecting Laufen (Germany) with Oberndorf (Austria).

Take a walk through the narrow streets and visit the monumental Collegiate church.

And come back to Austria through the pedestrian Europe-Bridge (132 m) from 2006.

If you come here at Christmas time, you can send a letter with a special Christmas postage stamp and postmark from a special Christmas post office. Visit also any of the regional museums (you can find a list of them on the special website mentioned above) or go back to the Silent-Night-Chapel, think about the circumstances when the carol was born and try to understand its strong message – the message of love and hope which are needed by all of us. And not only at Christmas time… 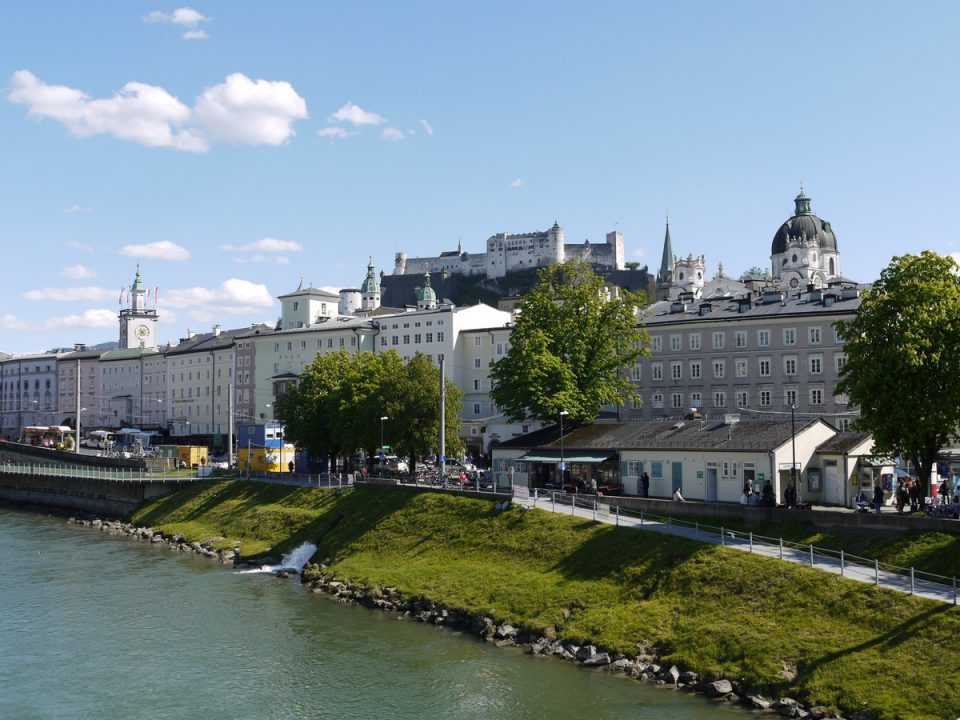 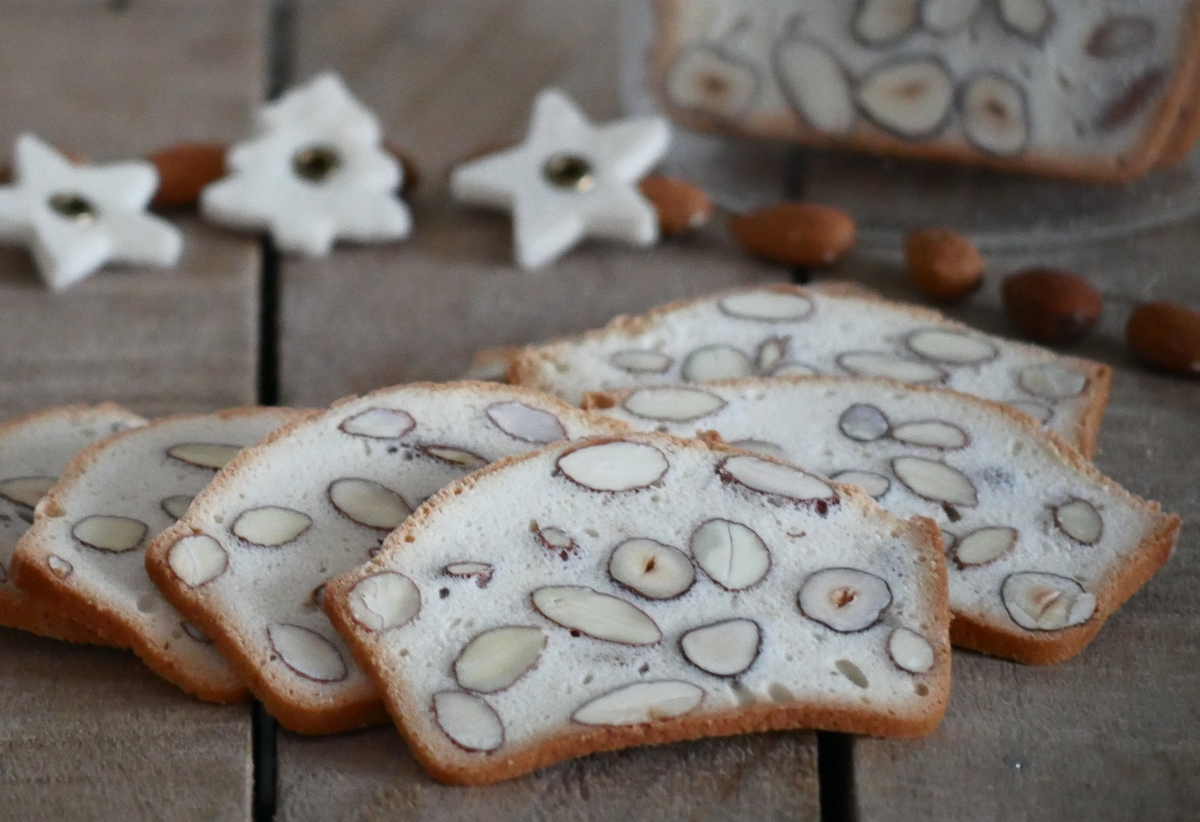 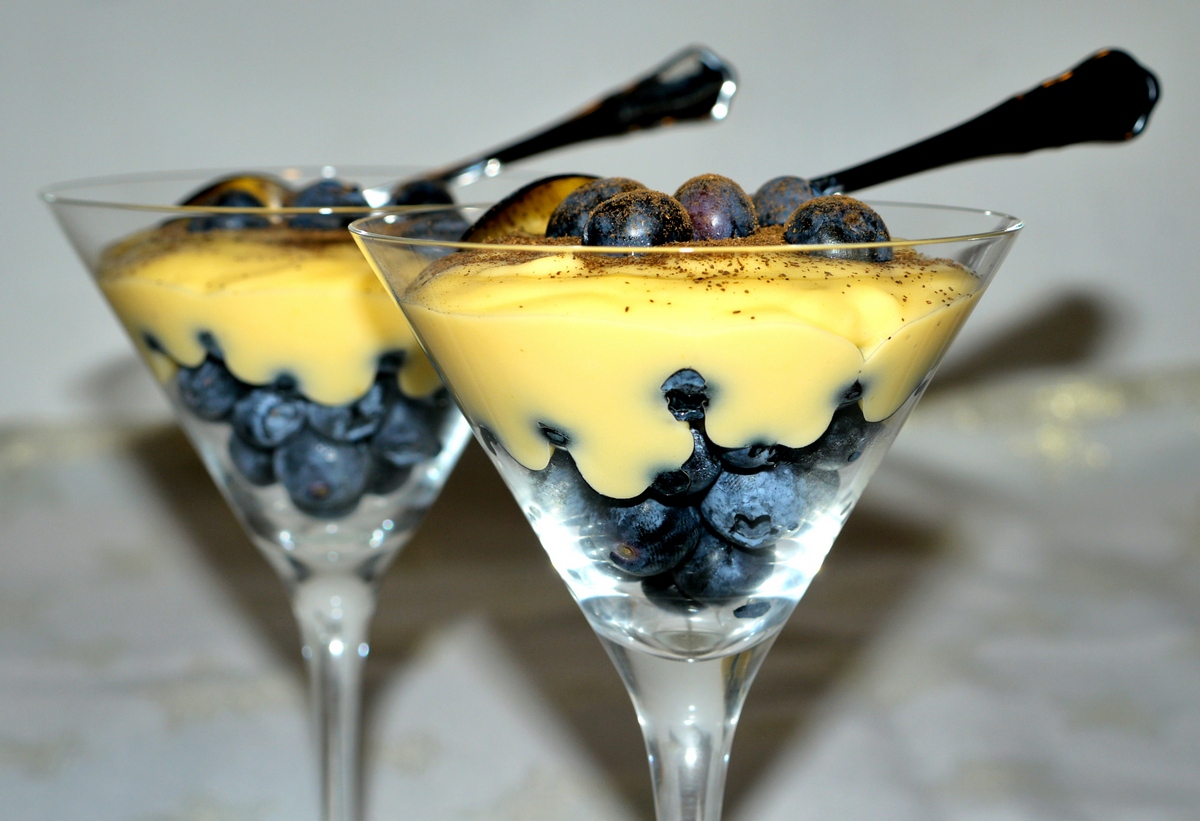