At first glance, it is clear that grapes are thriving in this region. In some places, a smaller house, the so-called Kellerstöckl, will appear among the vineyards. For many years, these houses were purely purpose-built buildings for the production and storage of wine. There used to be many more of them, but many of their owners died or moved out, the houses went to rack and ruin. Fortunately, some houses have been saved, renovated and converted into facilities where wine is still produced for own consumption, but they also provide weekend or holiday accommodation for guests, with a comfort that the former owners of these houses did not even dream of. Each house has its own unique charm. 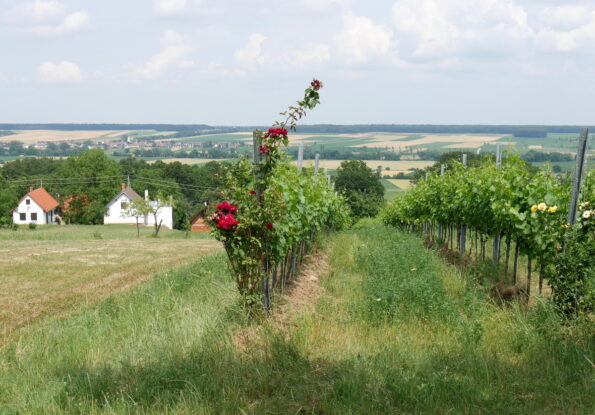 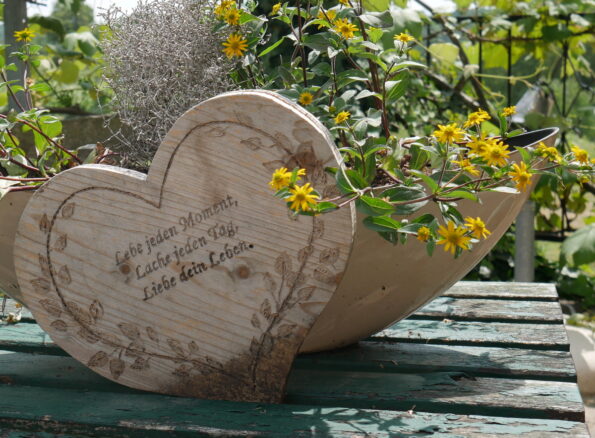 The idea of ​​waking up in the middle of vineyards, where bunches of grapes ripen and the leaves begin to turn red, is really tempting. We at least stopped for a small snack at the Schrammel winemaker. The word ‘small’ is appropriate because the houses are no restaurants – no fried cutlets or soups, not even coffee, tea or beer are served, but only a snack on a wooden plate – Brettljausn, which is mostly regional products such as sausages, spreads, bread, wine and fruit juices. 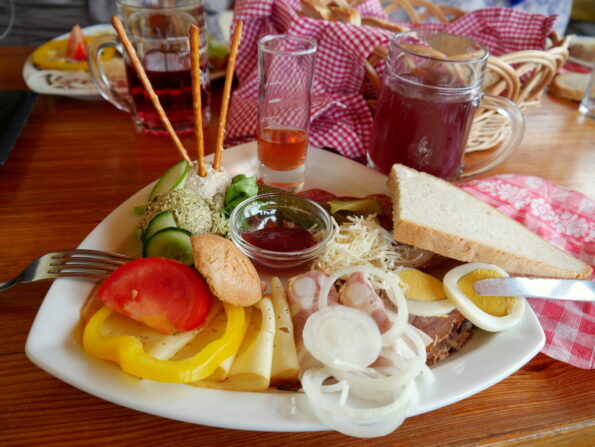 At present, there are about 65 houses available, others are gradually being renovated. They can accommodate 2-12 people, the price depends on the size and scope of services provided. You can find the list: here

Southern Burgenland used to be one of the poorest regions of Austria. On the one hand, it boasts 300 sunny days a year, however, the summers here are in fact very hot and dry, and even the winters here are dry, although the temperature can drop to -20 ° C. Many people moved to America in the past. Grapes have been grown here for a very long time. However, when the phylloxera epidemic broke out here in 1860, the future of viniculture was seriously endangered. The locals, nevertheless, wrote letters to their relatives in America about the devastation that had befallen them and asked them to send them varieties that were less difficult to grow. They planted grapes and made wine which is called Uhudler since then to this day. 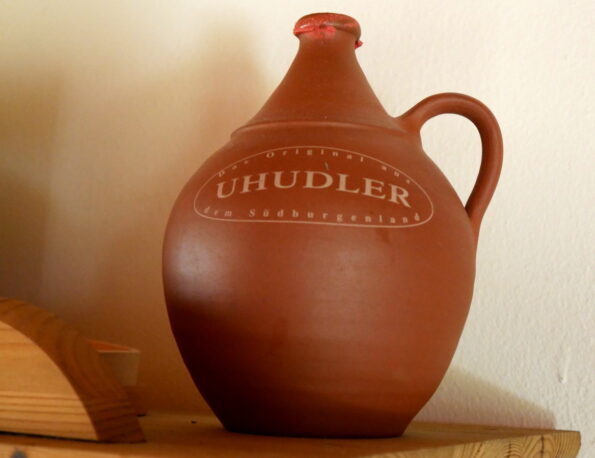 It is promoted as a purely natural product, as the grapes are very resistant to diseases and need only minimal chemical treatment. You won’t find it anywhere else in Austria. However, in the 1930s, its cultivation was banned because the wine was said to contain a high proportion of methyl alcohol. Since 1992 production and sales have officially been authorized. Only controlled wine can have the Uhudler Original label. 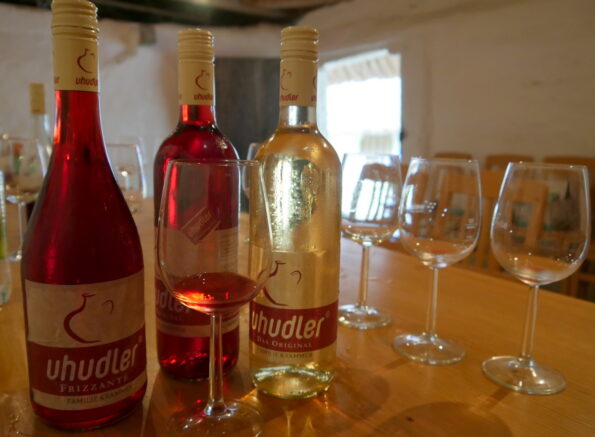 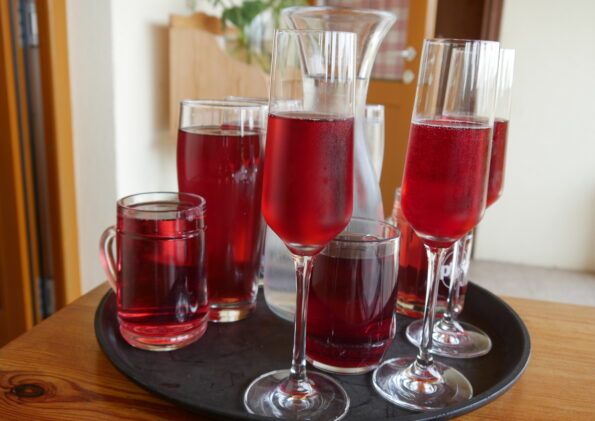 Uhudler may be white, but this is more of a rarity, as white grapes are not widely grown here. The colour of Uhudler made from blue grapes varies from a gentle pink colour through light cherry to brick red. When cooled, it is the perfect wine for summer days.

In addition to this wine made of self-grown grape, you will also find Uhudler jams, pralines and chocolates, liqueurs, vinegar or fruit juices. And why the strange name? It is rumoured that when men overdid the consumption of wine, their wives mocked them for looking like an owl (Uhu), especially if they still had big circles under their eyes. The most famous towns with Uhudler’s production include Moschendorf, Heiligenbrunn and Eltendorf. List of individual winemakers: here 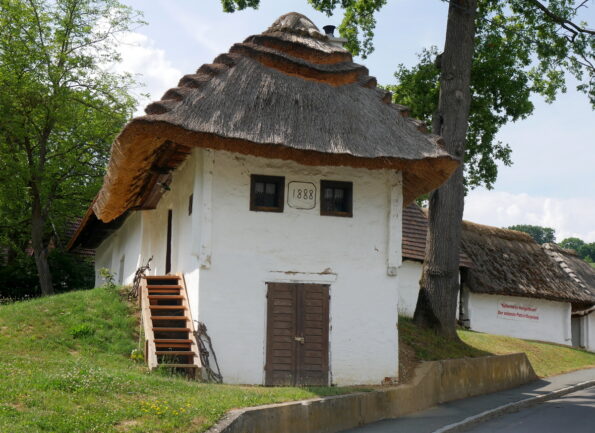 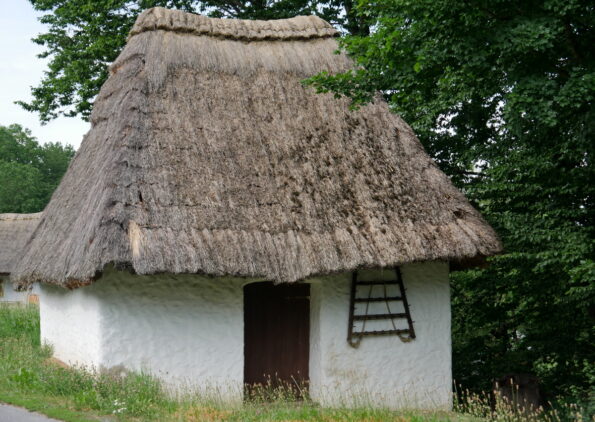 More about wine production as well as how people used to live in these parts can be found in the town of Heiligenbrunn. Here, you will find several typical houses and farm buildings made of clay and wood. The roofs are made of rye straw, which was mostly tied by children. Such roofs lasted for 50 years. It is necessary to bend your head when entering the houses because people used to be smaller in the past. You can see the pressing shop, cellar, storeroom, etc. 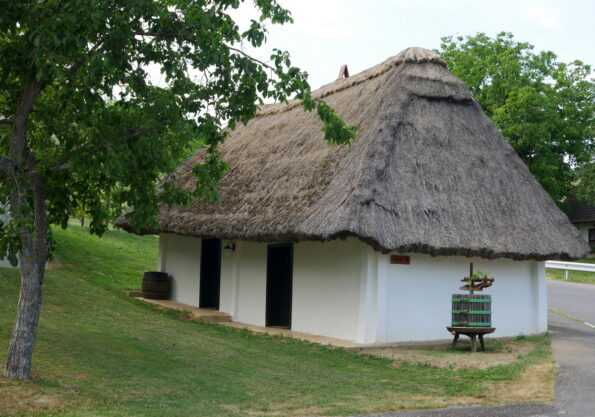 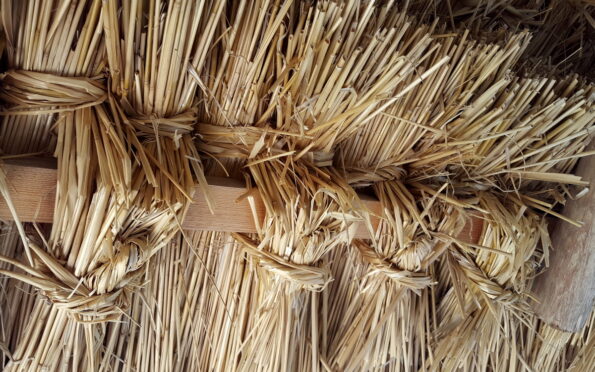 Water tourism – the Pinka River flows through the picturesque region of southern Burgenland, it occasionally breaks its way into neighbouring Hungary and then returns to Austrian territory. Canoeing is very pleasant, it is quiet everywhere, you can hear bird sounds only, dragonflies mate over the water surface and butterflies with large darkblue wings fly on the shores. Information and boat rental: here 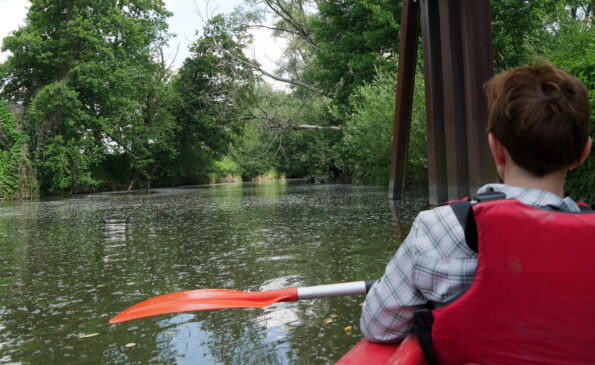 Cycling is a very popular activity as well. The idyllic region of hills with vineyards is a suitable route for sports cyclists, but also for those who, in addition to pedalling, enjoy the view of the surrounding greenery. Moreover, the landscape is suitable for hiking, you can reset your head, forget about stress and the rush of modern life. Maybe even storks will fly over your head since there is a large population in this area. 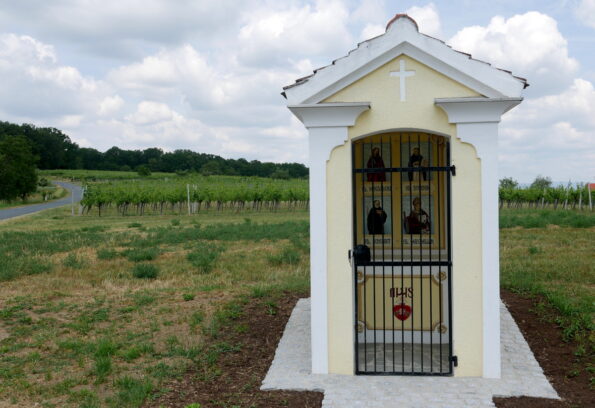 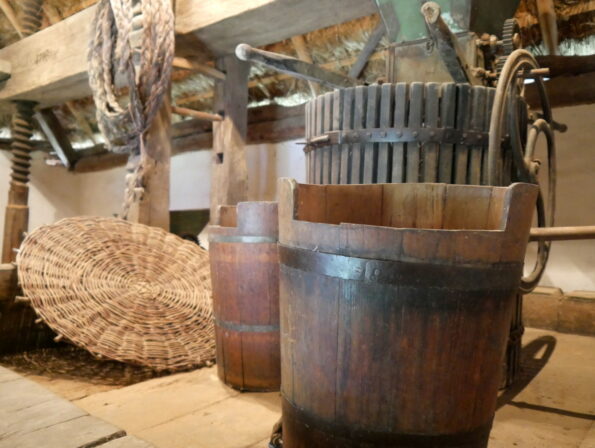 The season in Southern Burgenland is longer – from March to November.

You can also read:

Lockenhaus – On the Visit to the Bloody Contness

I would like to thank Österreich Werbung for organizing this trip. 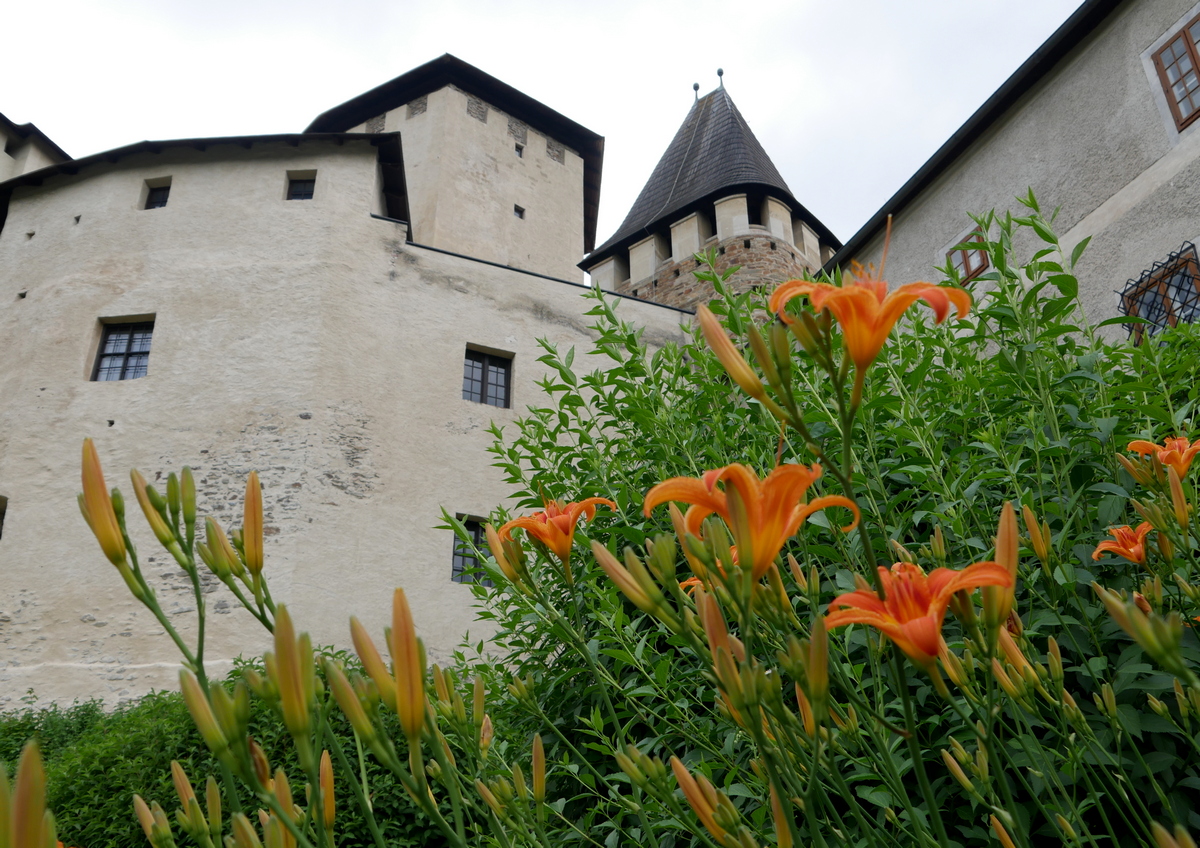 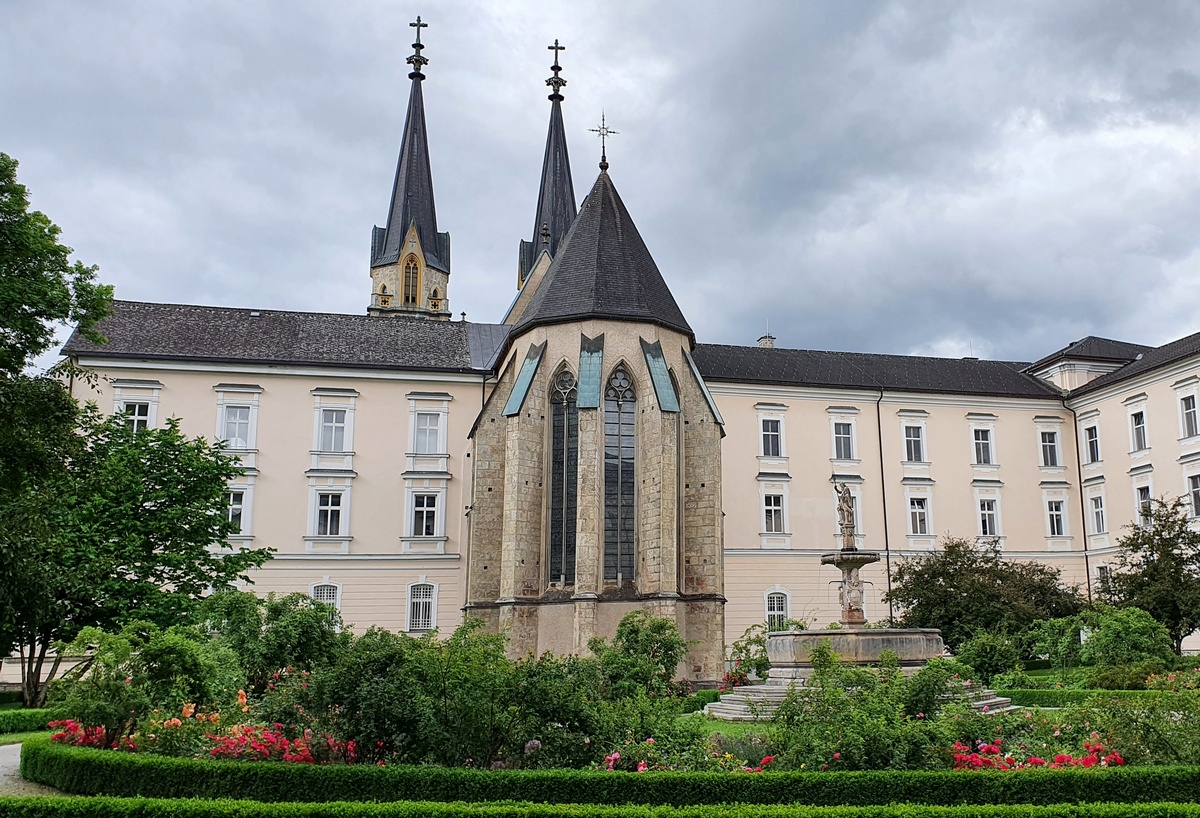