The castle of Buchlovice was built in 1707 as a copy of an Italian baroque villa. Originally, it had belonged to the Petřwald dynasty, later it became the property of the Berchtolds. The complex consists of two opposite buildings, there is a small courtyard with a fountain between them. It is composed in symmetry and harmony. 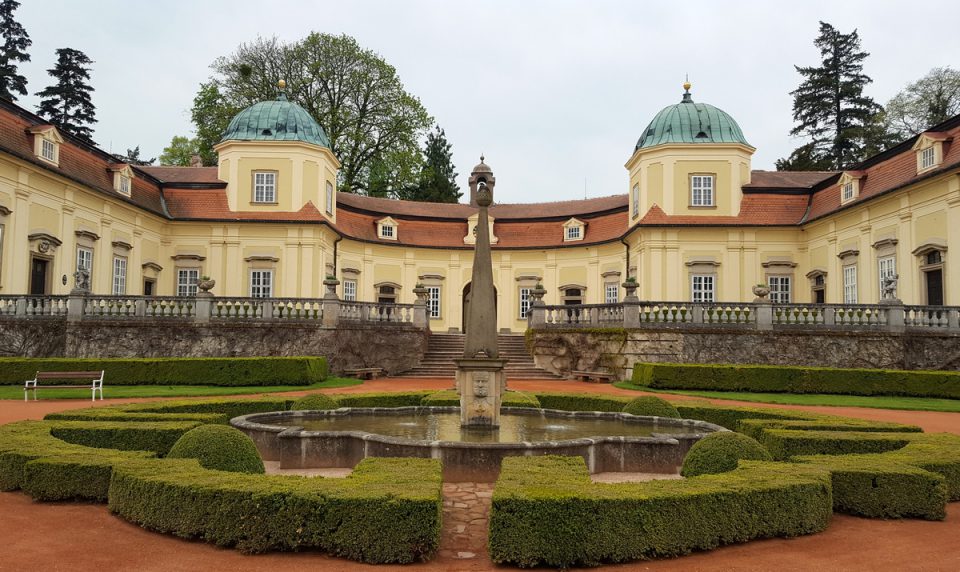 The upper part (Upper Château) was used as a stable, later as an accommodation for guests. 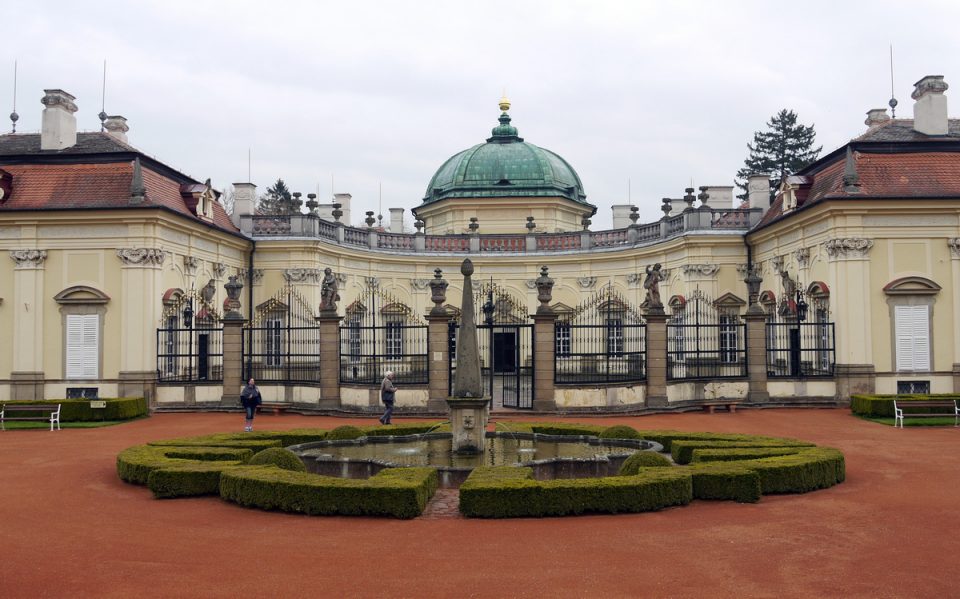 In the Lower Château, you can still admire 18 grandiose rooms with sumptuous furniture in baroque and rococo style. 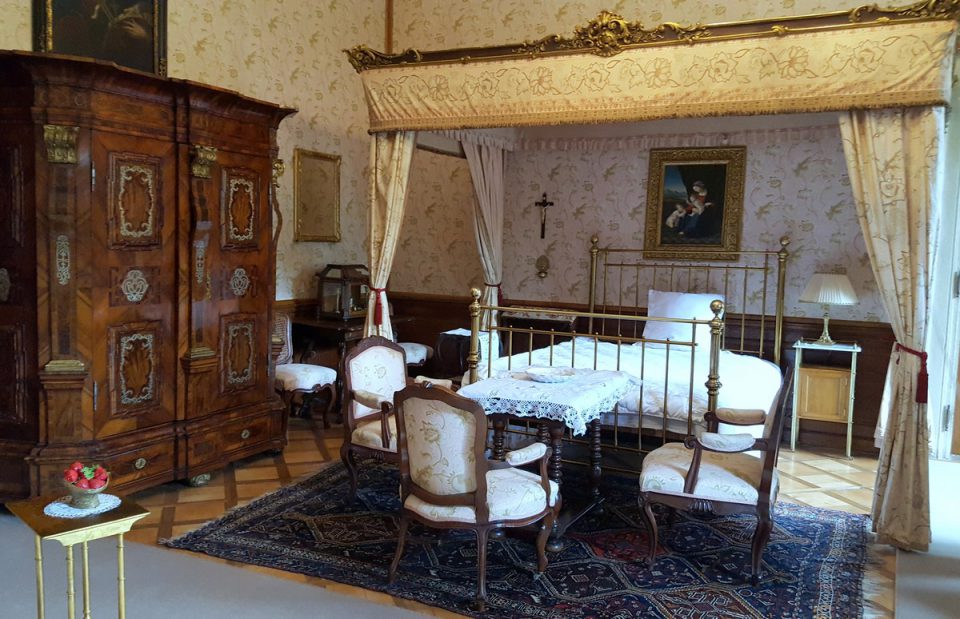 Every room was equipped with a bathroom with furnishings brought from England. Only two bathrooms exist until today. 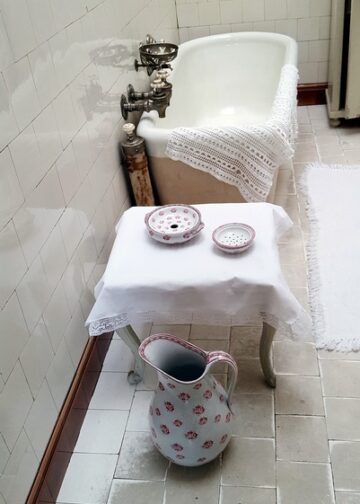 Especially one room caught my attention, although it was not very large, only a fireplace, two chairs with a beautiful square wooden table and a standing lamp were inside. 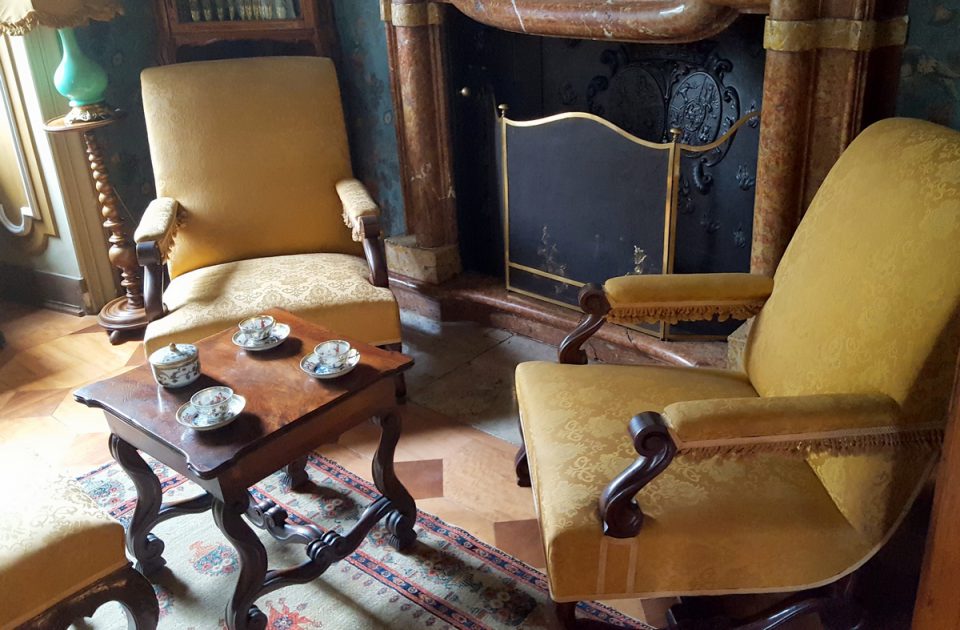 On 15th-16th of September 1908, Count Leopold Berchtold, the ambassador of the Monarchy to Russia and owner of the castle at that time, organized a secret meeting with the Austro-Hungarian foreign minister Alois Aehrenthal and his Russian colleague Alexander Petrovich Izvolsky in this room. They discussed the situation on the Balkan, both powers were interested in that region. However, the agreement from this meeting failed and Izvolsky, travelling to Paris, read in the newspaper about Austria’s annexation of Bosnia and Herzegovina. As we know, this was the beginning of the whole chain of affairs which lead to World War I. 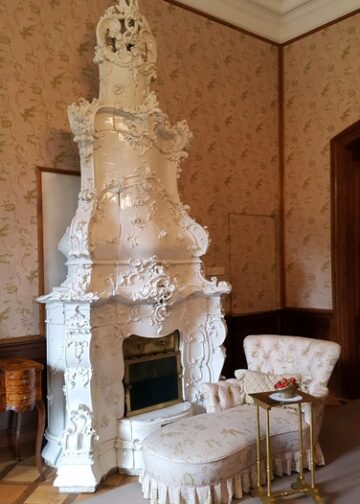 Leopold Berchtold became the new foreign minister of the Austro-Hungarian Monarchy but his career ended with the war. Some years later, he was declared persona non grata in Czechoslovakia and was not allowed to come back to Buchlovice.

Who knows how the world would have developed if those ministers in that small salon of Buchlovice castle had made a better agreement? Almost always when I am walking through a castle, I have a feeling that these opulent residences did not bring much happiness to their owners…

Furniture makers were very skilled in the past as we can see on this piece we found in the castle’s library. First, you can use it as steps to reach a book which has caught your attention and then you have a chair and can start to read! 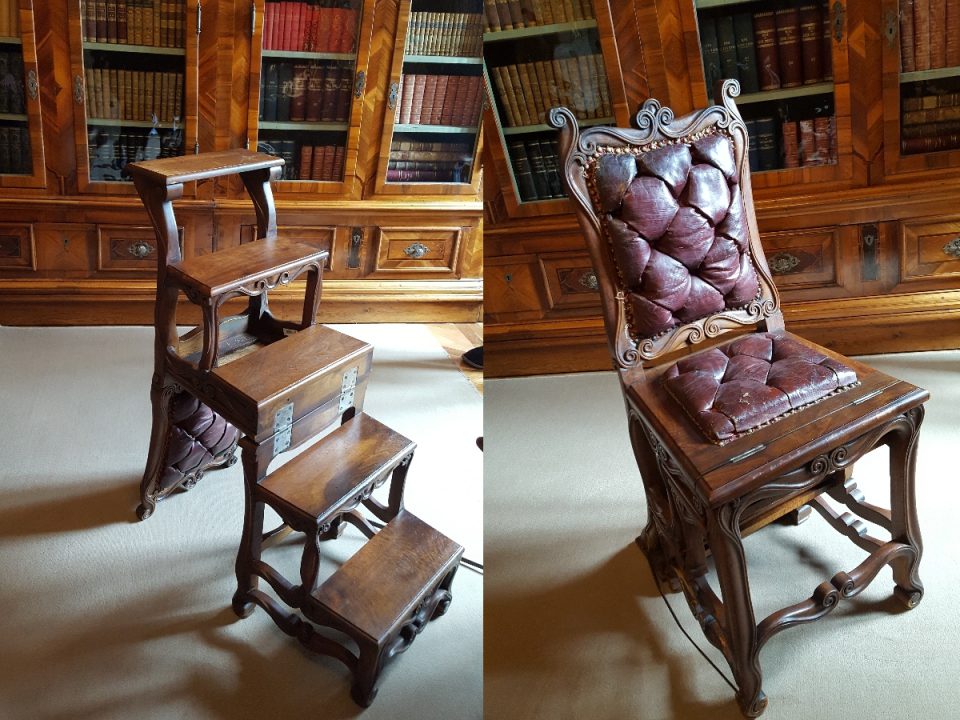 There are an English garden and a French park around the castle. They are charming even in the very early spring when everything just starts to become green. 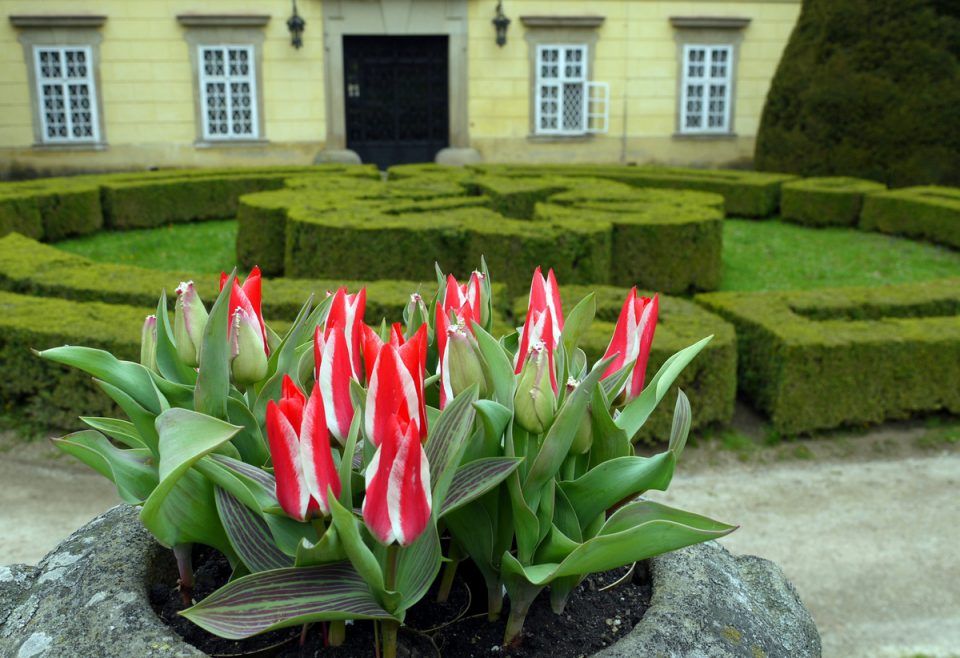 Usually, peacocks walk haughtily in the park but we had to be satisfied just with a portrait of this bird on the coat of arms of the former owners of Buchlovice castle. 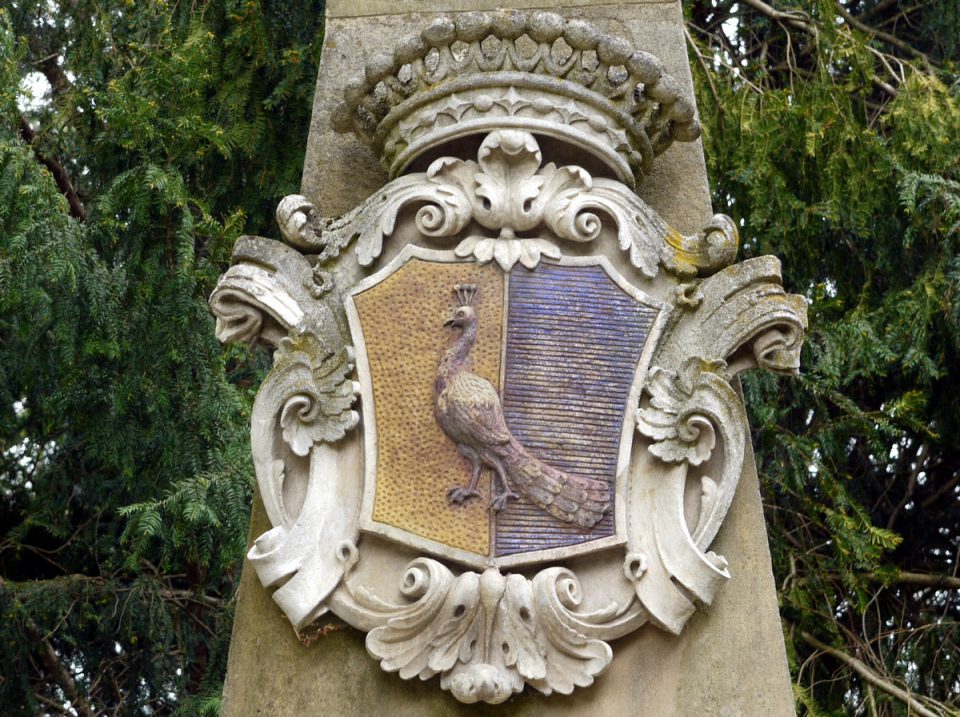 But there was another bird singing to the whole park… 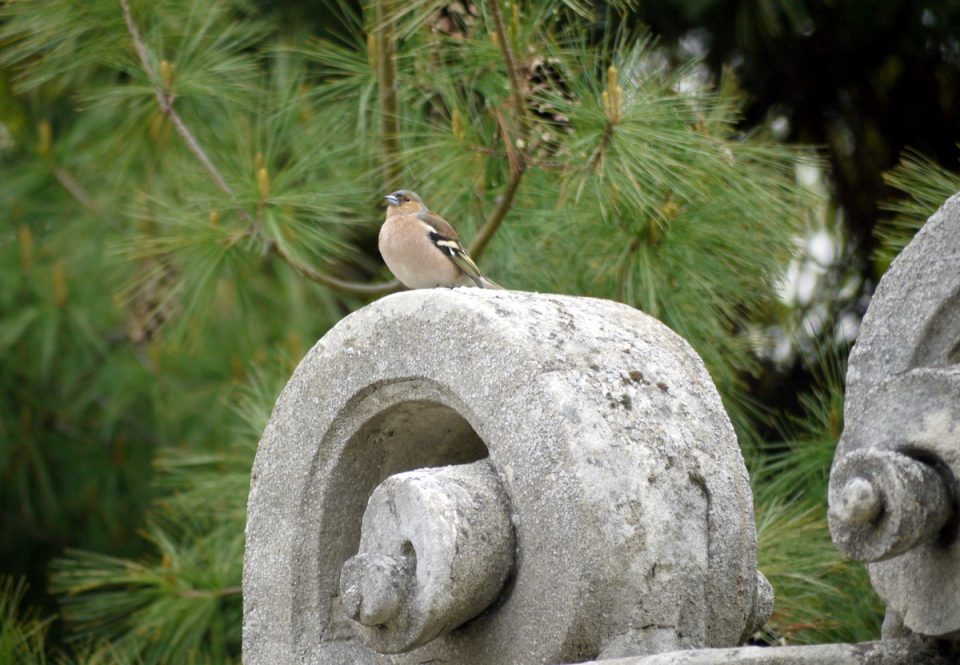 To be able to appreciate the beauty of Buchlovice castle properly, you should also visit the castle of Buchlov which was built in the first half of the 13th century on a hill in the Chřiby mountains to protect a trade road. 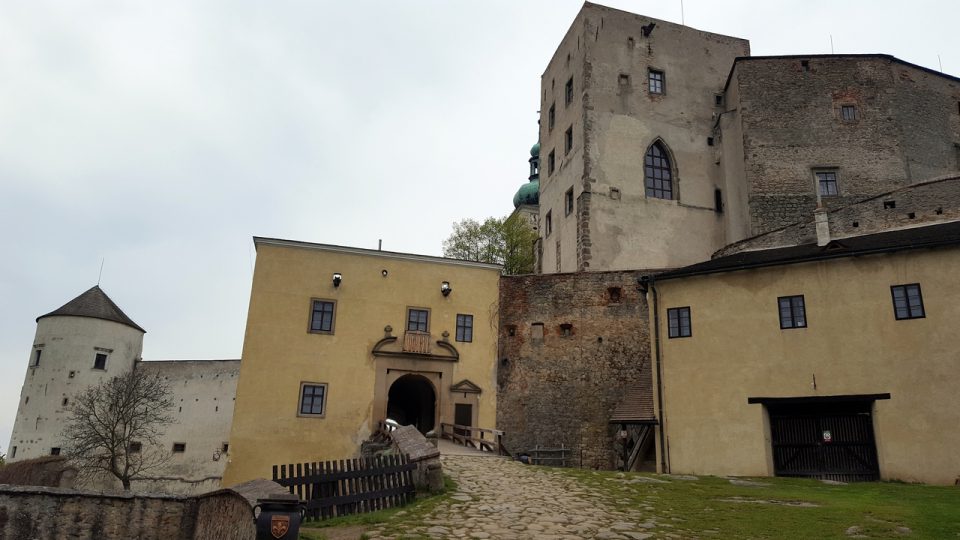 When Jan Dětrich of Petřvald married the Italian lady Eleonora and brought her to his residence, she was very unhappy in the gloomy and chilly walls of the castle. No wonder for somebody who comes from a sunny country. 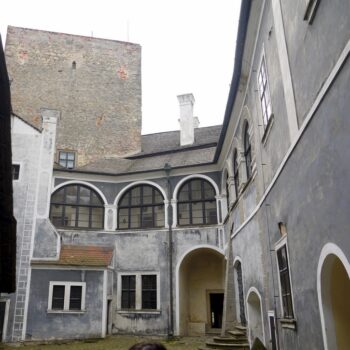 It was also rainy during our visit, the sky was grey. We climbed up a 35 m high tower but the surroundings faded in the fog and the wind became stronger. 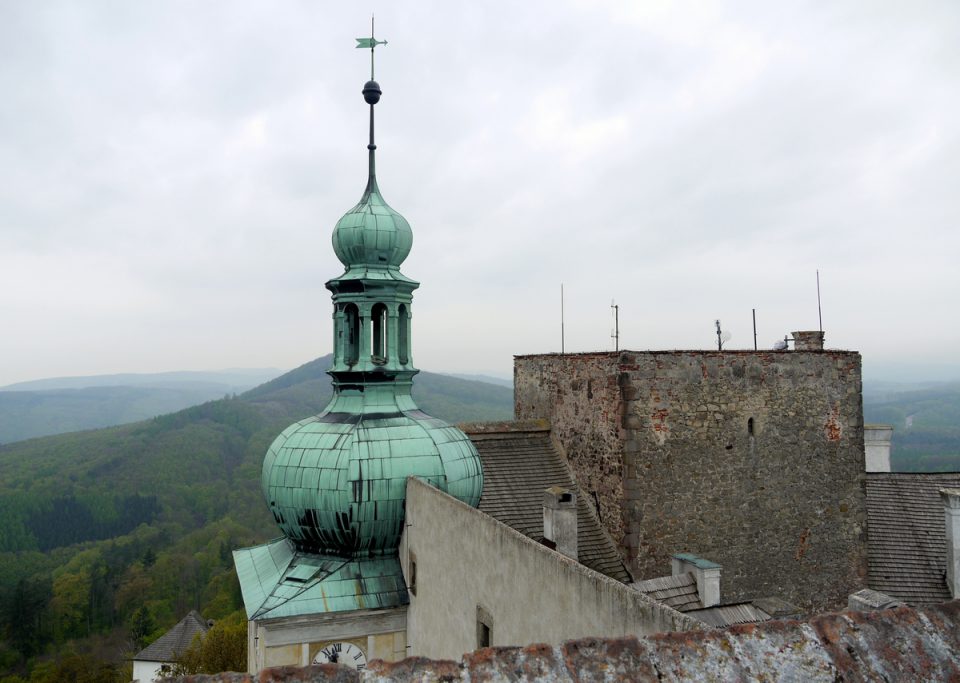 We felt even more uncomfortable in a small room with a real Egyptian mummy which was brought to the castle as a wedding gift! I wouldn’t be surprised if the bandage would suddenly start to unwrap by itself… 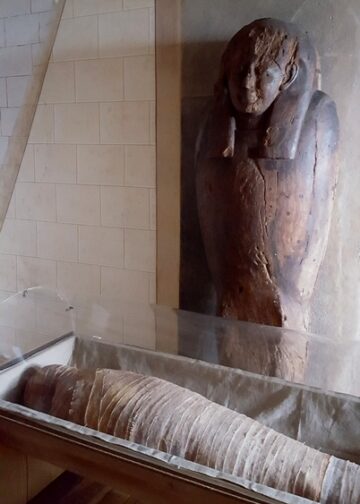 But relief came in the next rooms. There was even a toilet from the 16th century here. When the lord sat there, servants blew a whistle to eliminate the awkward sounds. 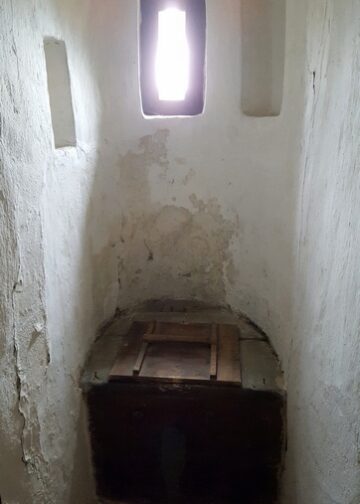 The stylish dining room was also very interesting. Opulent banquets used to be held here. Who couldn’t eat anymore, scratched his throat with a peacock’s quill, threw up into a stone trough and was able to continue overeating. Same like the ancient Romans. Nothing new… 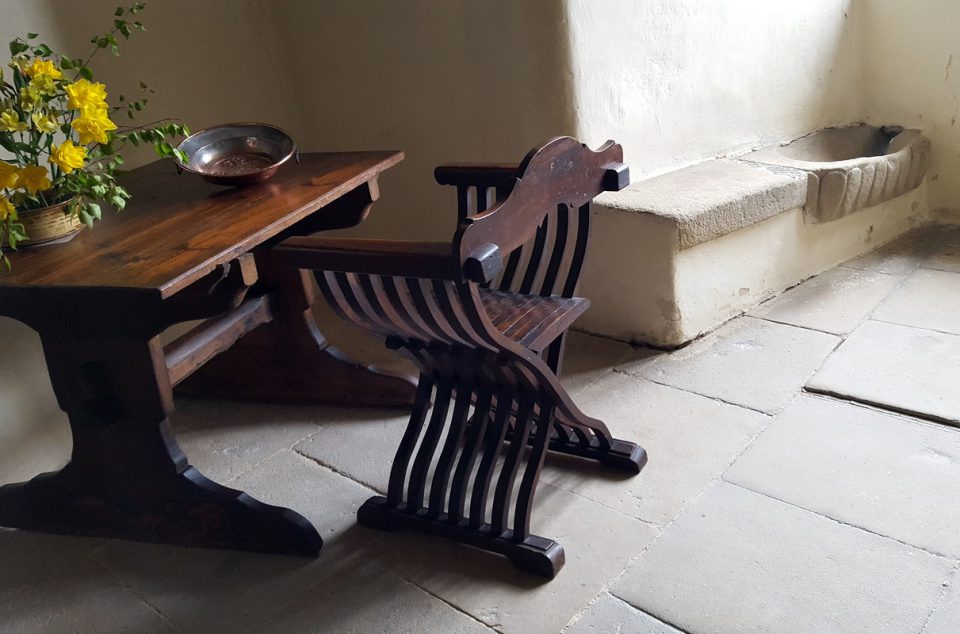 Eleonora was in fragile health and didn’t like the castle. So her gallant husband decided to build a new residence in Buchlovice. This must have been love! Anyway, today, you can find a beautiful library in the castle. 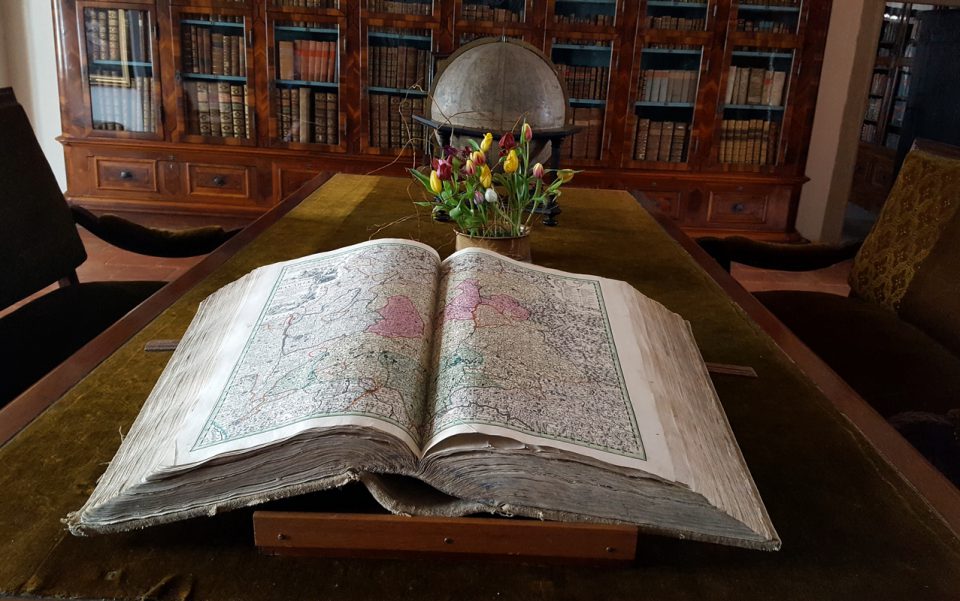 And because the owners were passionate travellers, there are also very interesting objects from their exotic expeditions in some other rooms. 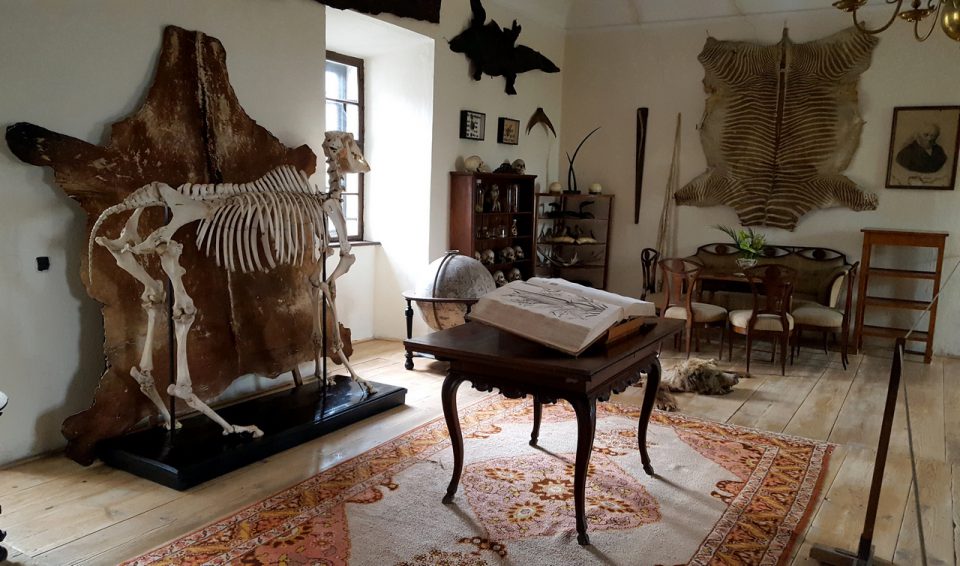 I am sure, Eleonora was happy to have a nice park around her new home. In Buchlov, she had more or less just one lime tree, although connected with an interesting story about a man called Jan Vlček who was accused of poaching. To prove his innocence he planted this lime tree upside down, with the roots upside. The tree is still there, even the stone table where the judges were sitting around and a log for the convict… 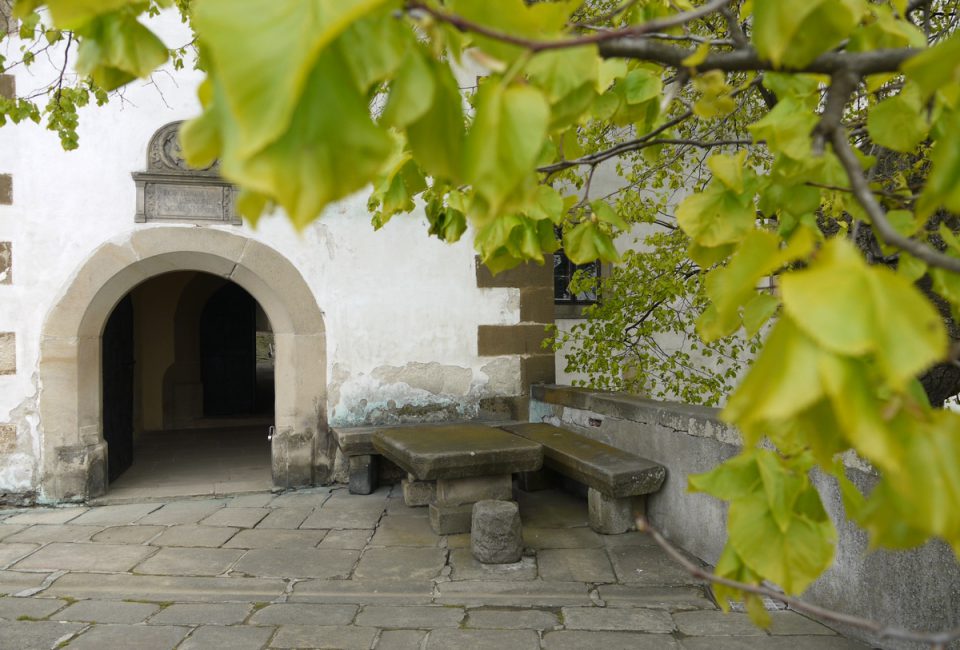 Speaking of guilt and innocence or the good and evil, I recommend to you visiting one more place – Střílky – one of the best-preserved baroque cemeteries in Europe. 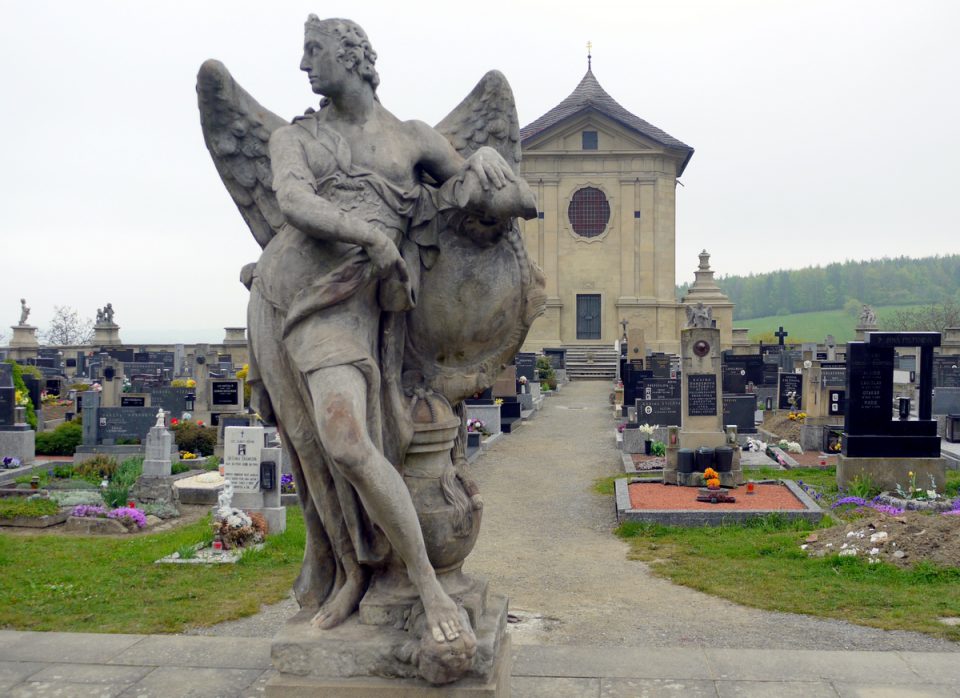 It is really a unique monument. On an elevated square terrace, you would expect rather a monumental basilica than a cemetery. The original plan was to build a big church complex as a site of pilgrimage. They started with a cemetery. It took about 13 years to complete it because it was a big challenge – to level the height differences of the descending slope. 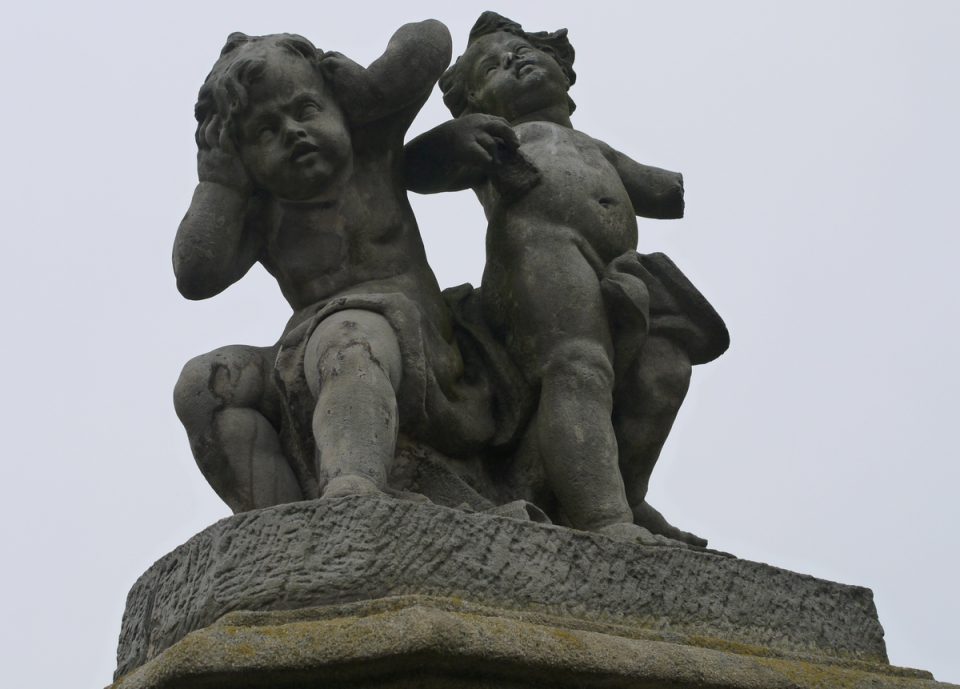 The burial ground has an ingenious system of draining thin tubes which end in the peripheral wall. But most noteworthy is the sculptural decoration from the Moravian sculptor Gottfried Fritsch who learned and worked with the famous Austrian sculptor Raffael Donner in Vienna and Bratislava.

It is a statue of the mourning angel who is guarding the cemetery. The statue is life-sized but who knows how big angels are actually? And also smaller statues on the entire balustrade – stone vases with fine reliefs depicting heaven, hell, death and last judgement… 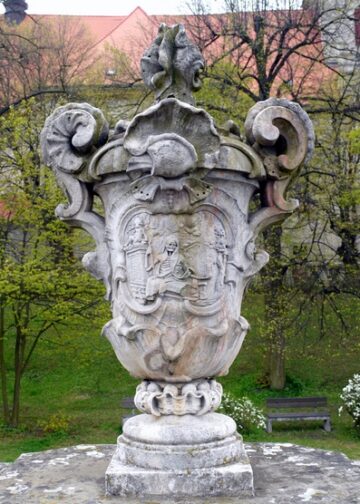 …and then the small statues on the right side which symbolize Christian virtues while on the left, there are symbols of sins like gluttony, sloth, pride, greed etc. 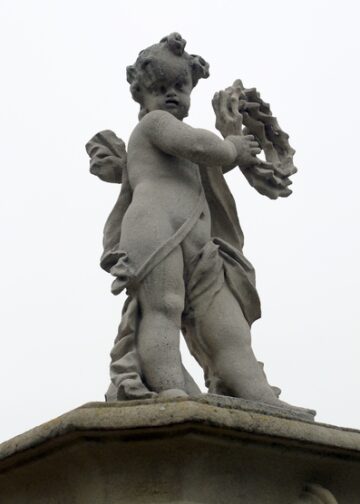 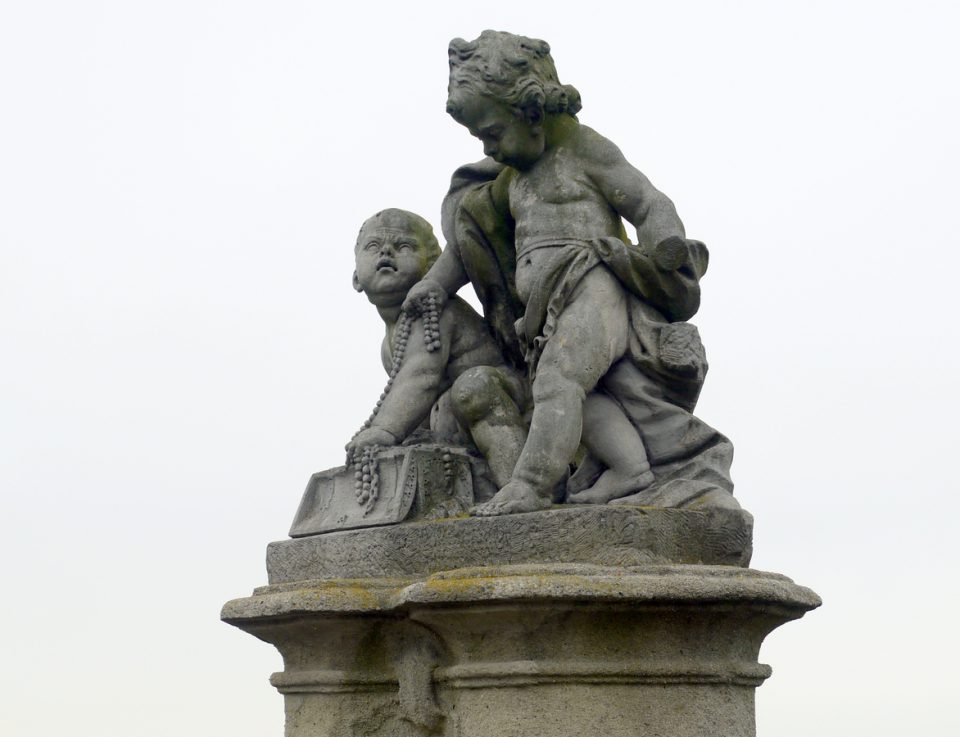 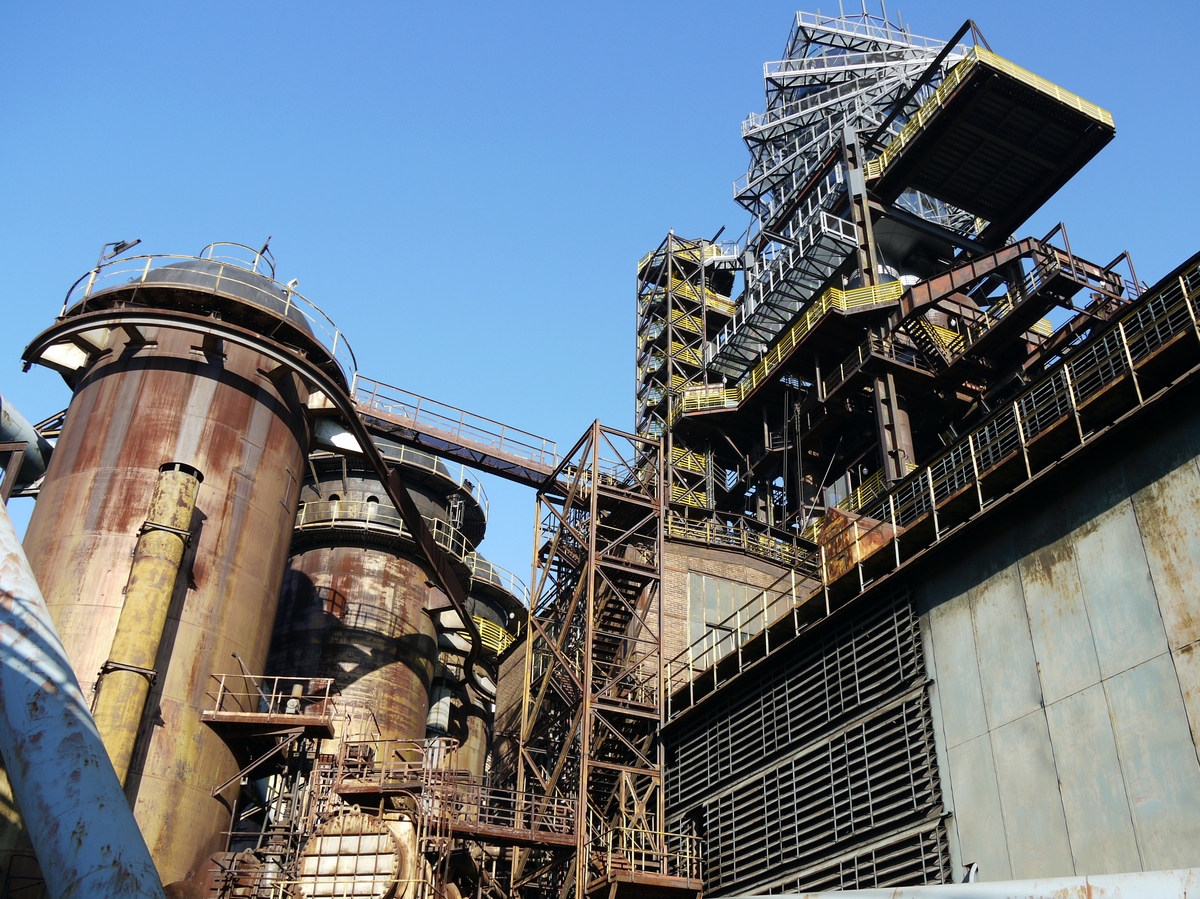 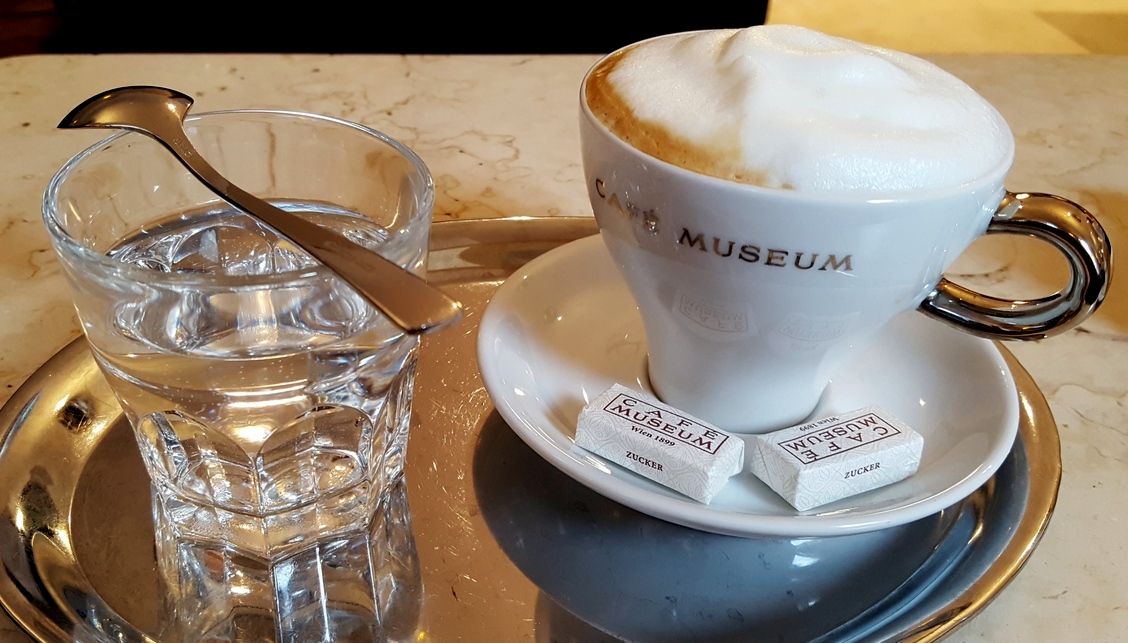