by Ingrid
in Italy, TRAVEL
0

After careful consideration where to spend our family summer holiday we chose Sardinia – a small picturesque town Cannigione on the western side of the Golfo di Arzachena – in the northeastern part of the island.

The region had been almost unpopulated for many centuries. Around the 2nd half of the 18th century Carlo Emanuele III., the king of Sardinia, decided to take control over the hostile area. He sent some priests to start civilising and educating the local population. The calm bay began to attract more people, they built their houses and buildings for storage of goods (magazzeni) here. At the end of the 18th century the port was built which remains till now. 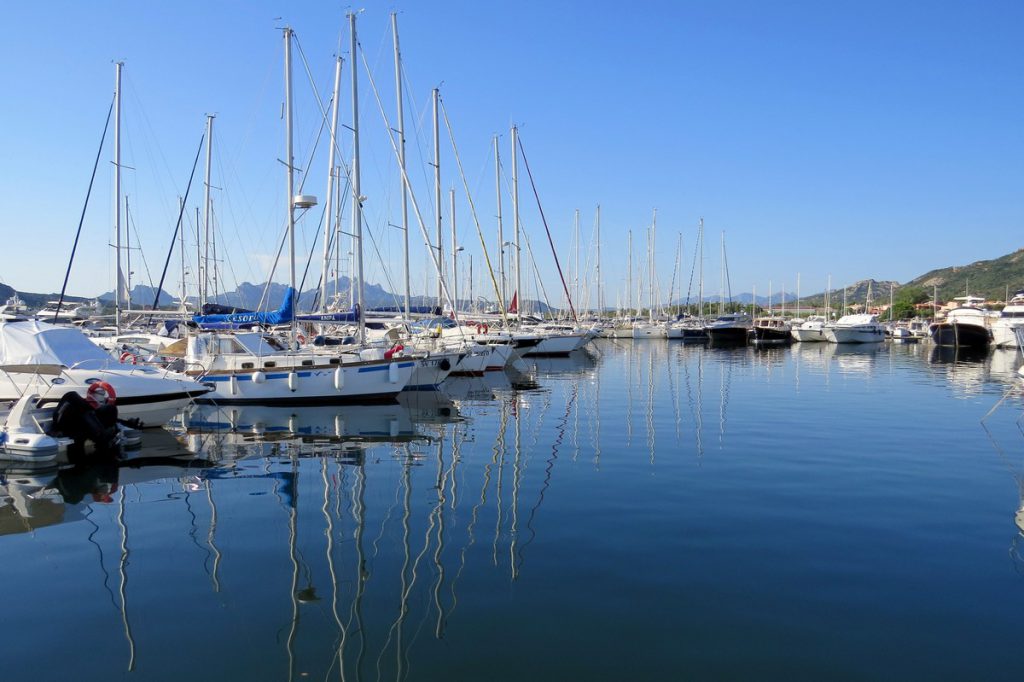 Also, a church was built. 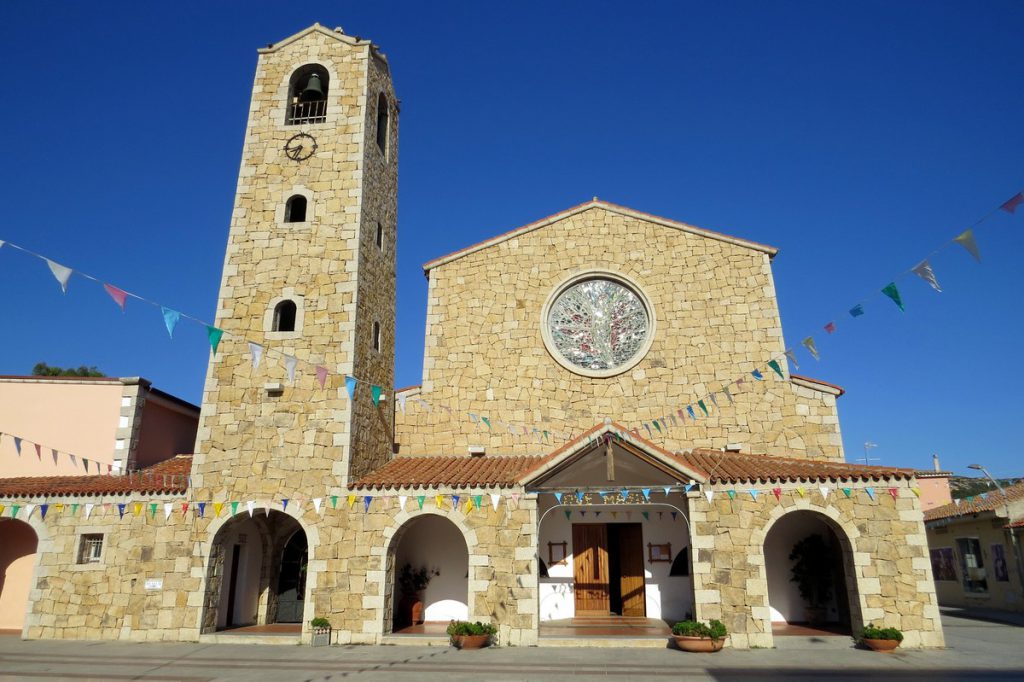 This was the beginning of the fishermen and traders village. Dangerous bandits from the nearby island of Corsica made the daily life of the small port more exciting. The last known bandit was Laicu Roglia hiding in a cave just a few miles from Cannigione.

They say that Napoleon, only 24-year-old at that time, before he destroyed fortresses on the nearby Sardinian island La Maddalena with his cannons, he had made a stop and spent a night in the port. In April 1803, English admiral Horatio Nelson stayed for few days here on his way back from Toulon. And in 1865, Italian national hero, one of Italy’s “fathers of the fatherland” Giuseppe Garibaldi came here riding his horse together with his best friend Ignazio Sanna.

This was the life of the small town until the 60s of the last century when they started with the imposing project „Costa Esmeralda“ (Emerald Coast). Thanks to this plan people from Cannigione also began to engage themselves in a totally new business branch – in tourism. Nowadays, Cannigione is a lively touristic site for summer holiday.

Far and wide you can only see low buildings with a maximum of three floors. 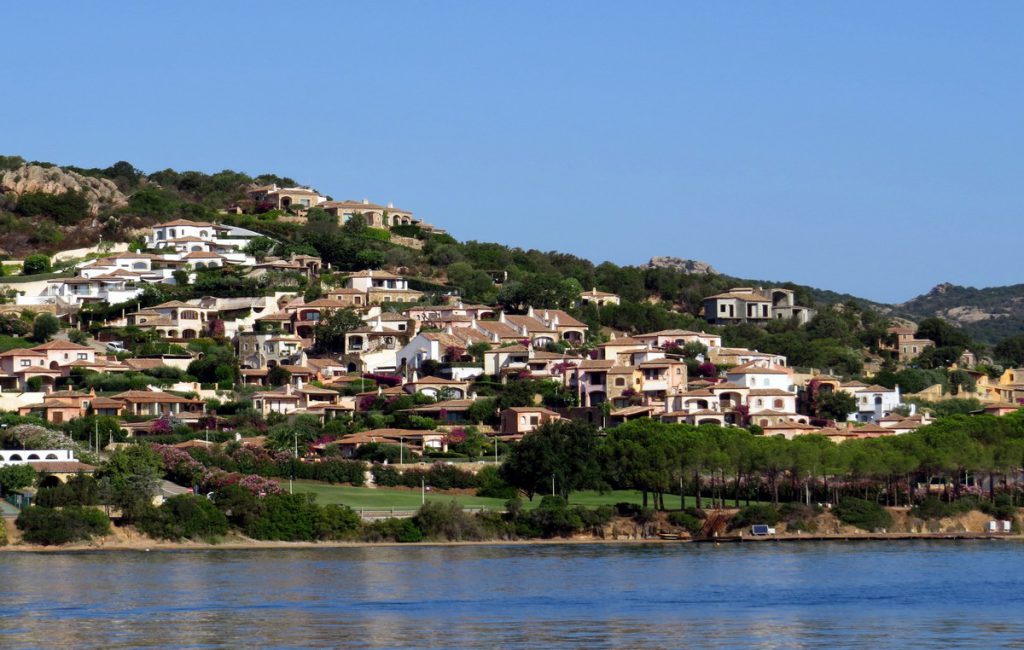 The houses are built from natural stone, they are mostly yellow-reddish or ocher. Some parts, especially around windows, are smudgy or like faded – this is made deliberately to match better with the natural granite in the surroundings. 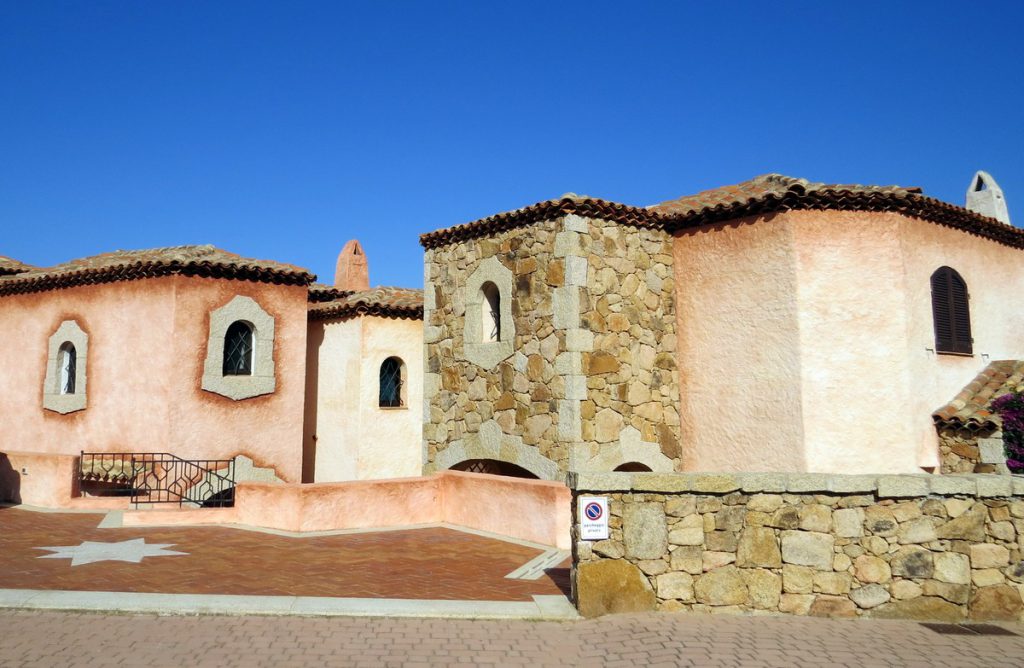 There are lots of trees (especially umbrella pines) and flowers. All around you can see blossoming bushes – white, pink and red oleanders and violet bougenvilles. 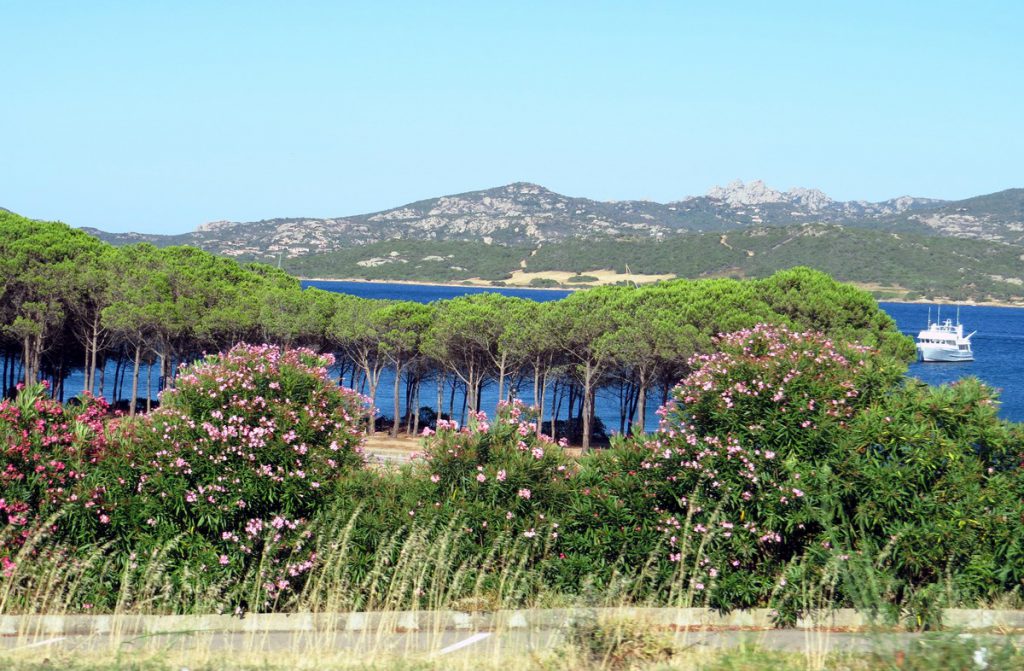 There is also a smaller beach directly in the town. 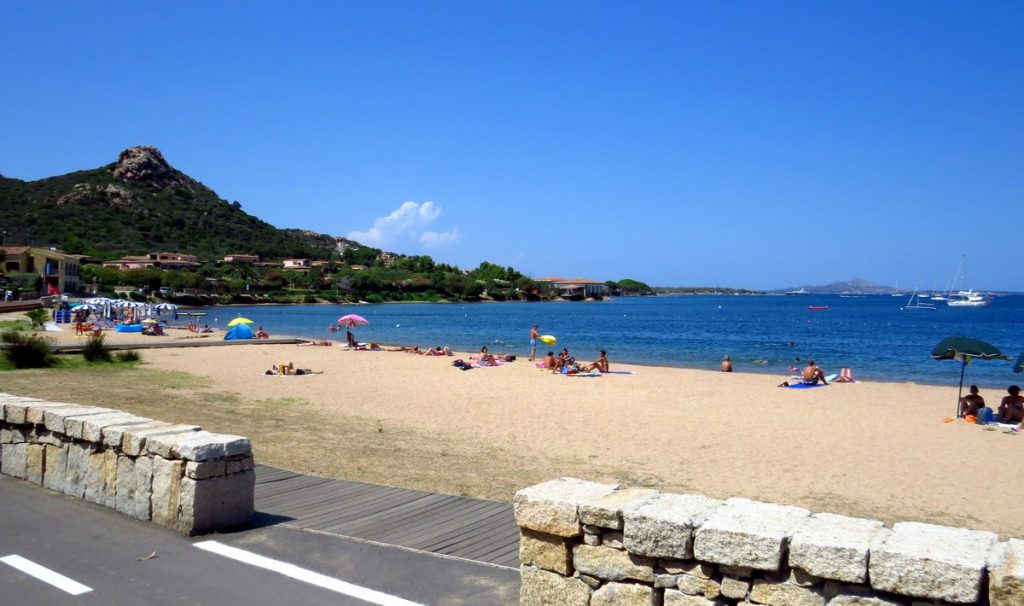 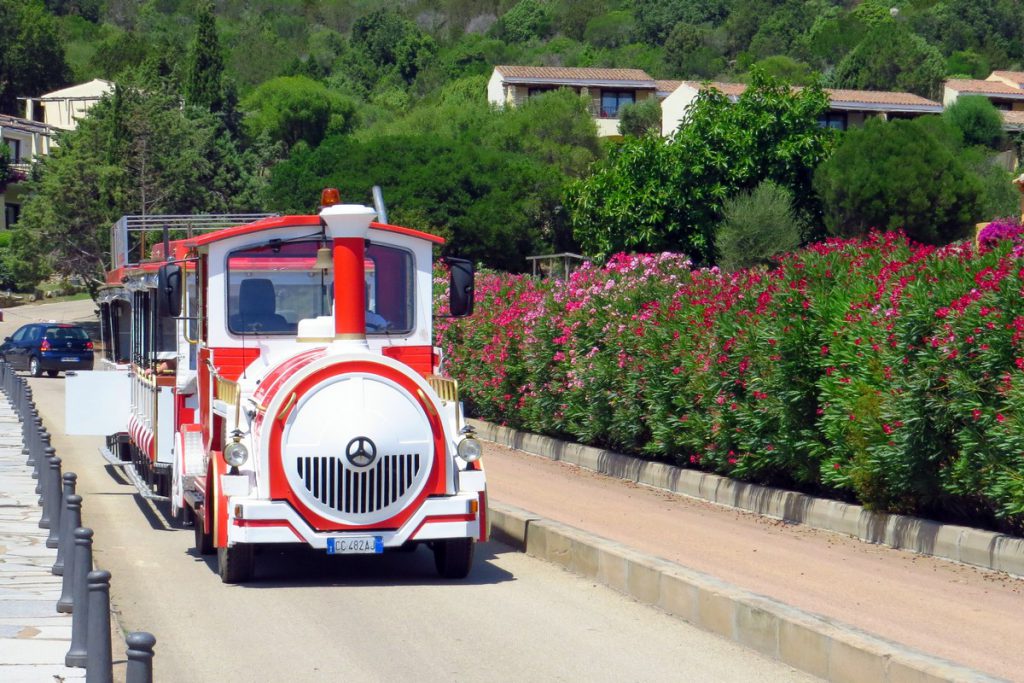 However, you can take a small train (2 € per person and day) which takes you to the nicer beaches La Conia and Stella Mare where the seawater is even cleaner and with a more beautiful colour. There are mostly Italian families on the beach. 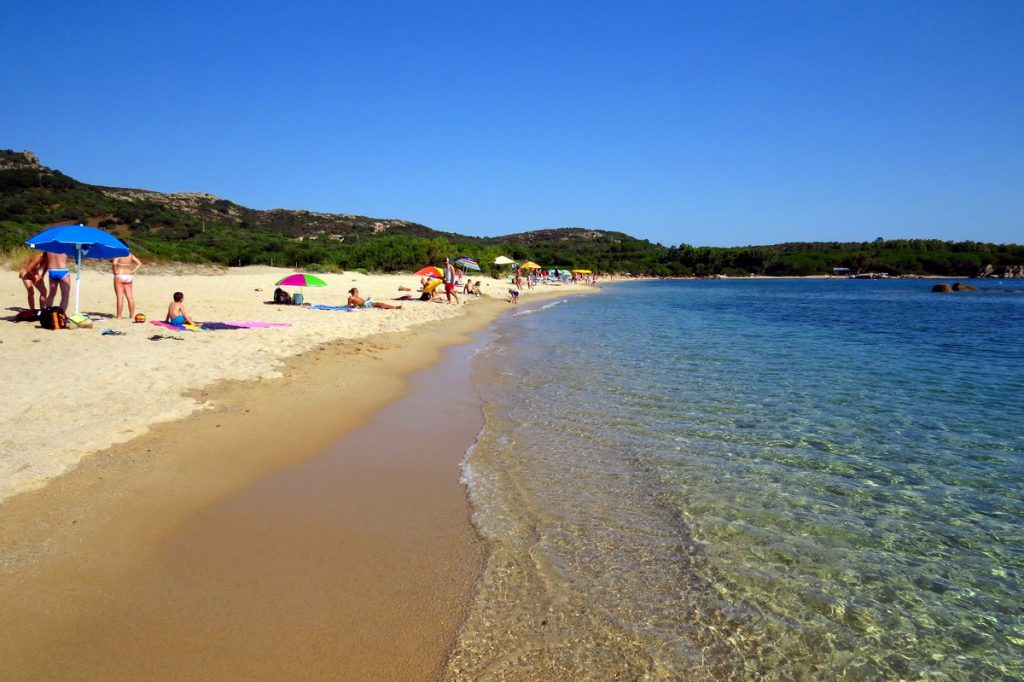 I remember my first trip to Italy when I noticed that chairs in street cafés were not turned to the table but to the street, as in a cinema. Italians were sitting there, sipping their espresso and watching what was going on on the street. It was the same here, on the beach. The families were crammed in the shadow of their beach umbrellas, usually only the children were bathing in the sea while the adults were sitting on deckchairs, watching what was happening in front of them, smoking or vigorously debating. It was great because we could swim in an empty sea! 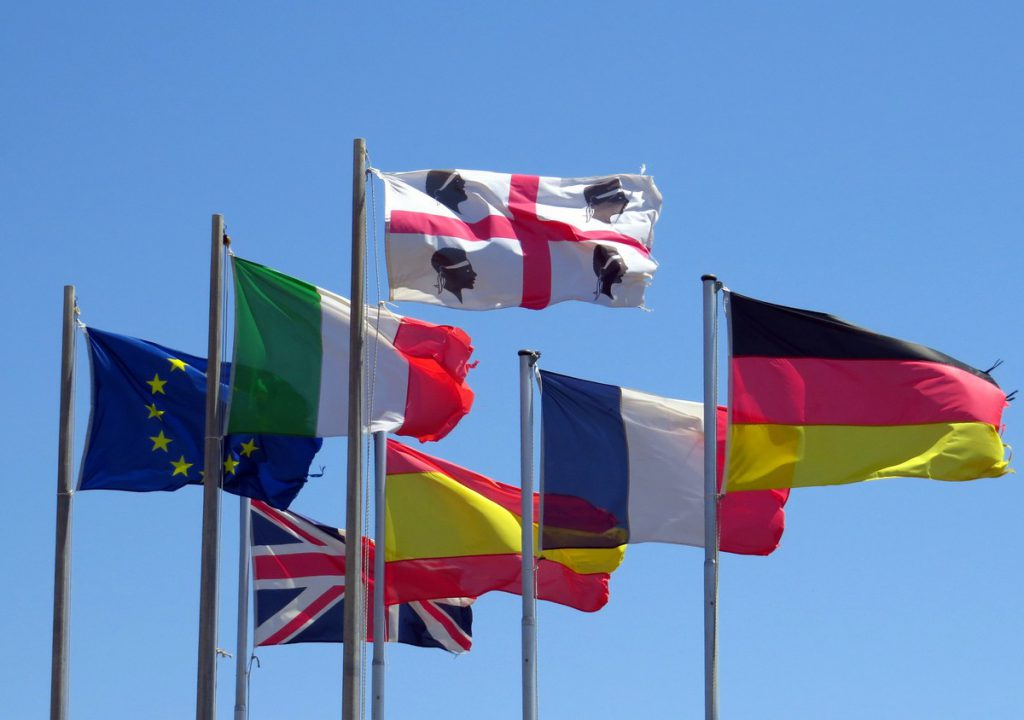 Beside the crystal and empty sea I was also surprised by the flag which you can see in every nook and cranny in Sardinia. It is composed of the red St. George Cross and four heads of Moors – quattro mori. The oldest certified emblem of the four Moors looking to the left dates back to 1281, it was the seal of the King of Aragon as the symbol of four small Moor kingdoms which belonged to the Crown of Aragon that is symbolized by white bandages. After the establishing of the Kingdom of Sardinia and Piedmont the bandages slipped on the eyes. It is said that it was a symbol for the blind submitting of Sardinia to the Piedmont-rulers. Since 1952 the four heads are on the official flag of Sardinia. However, it is possible that not only for me but also for other people it was more than unusual so in 1999 the bandages were again moved to the foreheads and the Moors are looking to the right. But anyway, I find the flag strange, especially nowadays when we have to watch every word to avoid any sign of racial discrimination. Maybe they could replace the black heads with something else. What about sardines? 🙂 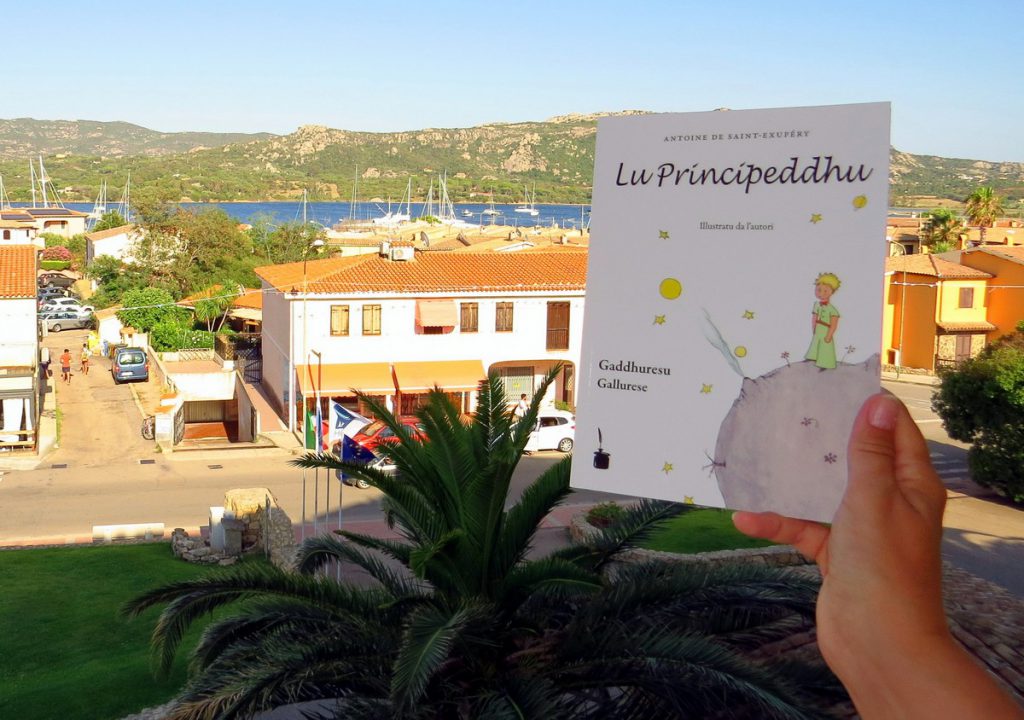 By the way, even two new books were added to our “The Little Prince” collection. One book is in Sardu, the other one in Gallurese. Sardu or Sardinian is the primary indigenous Romanic language. Although Italian is the official language in Sardinia as well, many people, especially in the countryside, still speak Sardinian. Gallurese is a language spoken in the northeastern part of Sardinia, which means also in Cannigione. You can see the difference between these languages in the title of the books already: Il Piccolo Principe in Italian, Su Printzipeddu in Sardinian and Lu Principeddhu in Gallurese. 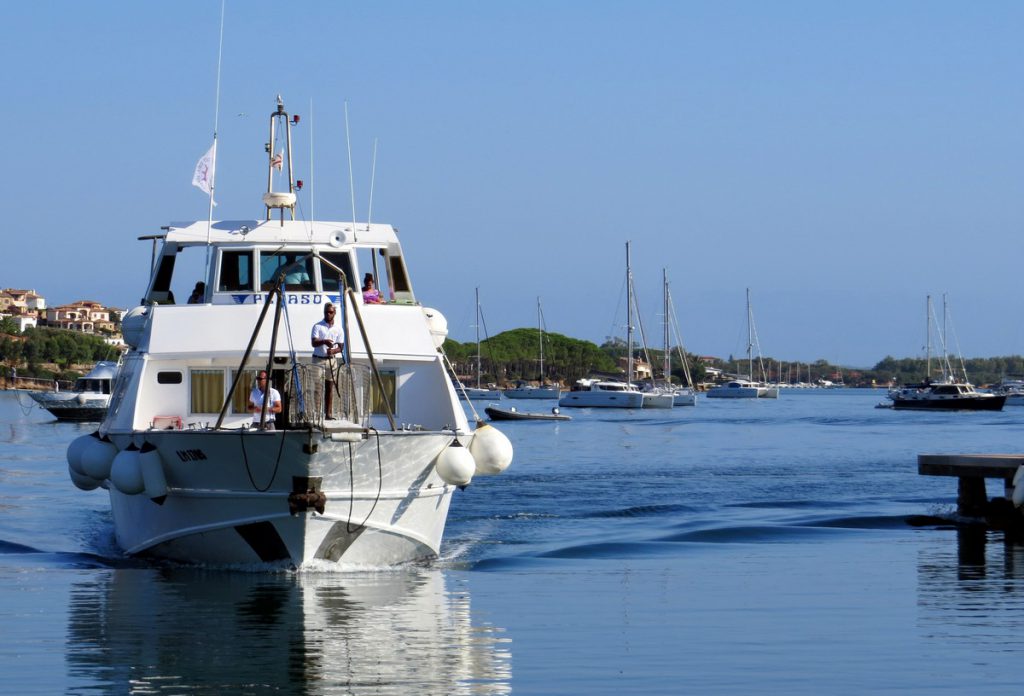 A must: If you decide to spend some summer days in Cannigione then you should definitely go for an all-day boat trip to the National Park dell‘Arcipelago di la Maddalena, one of the most beautiful ones in the Mediterranean Sea. There are about 60 islands. There are beach stops on two of them – S. Maria and Spargi – where you can enjoy turquoise waters and sand which is as fine as flour. There is also a foto stop near the Pink Sand Beach which is (or better was) coloured by corals mixed with sand in pink. But tourist took the sand as souvenirs. That is the reason why it is not allowed to use the beach any more. And I have to say that from the boat the beach did not look pink at all.

You can also admire bizarre rock formations from the boat. There are so many huge granite sculptures in this region. Thank to its crystalline structure granite becomes eroded under the earth. When the blocks emerge to the surface they are shaped by the strong, even stormy wind with stirred up sand. It creates holes resembling shells (tafoni) and the rock block is formed to a “sculpture”. Like this bear standing silently guard, a weather-beaten giant… 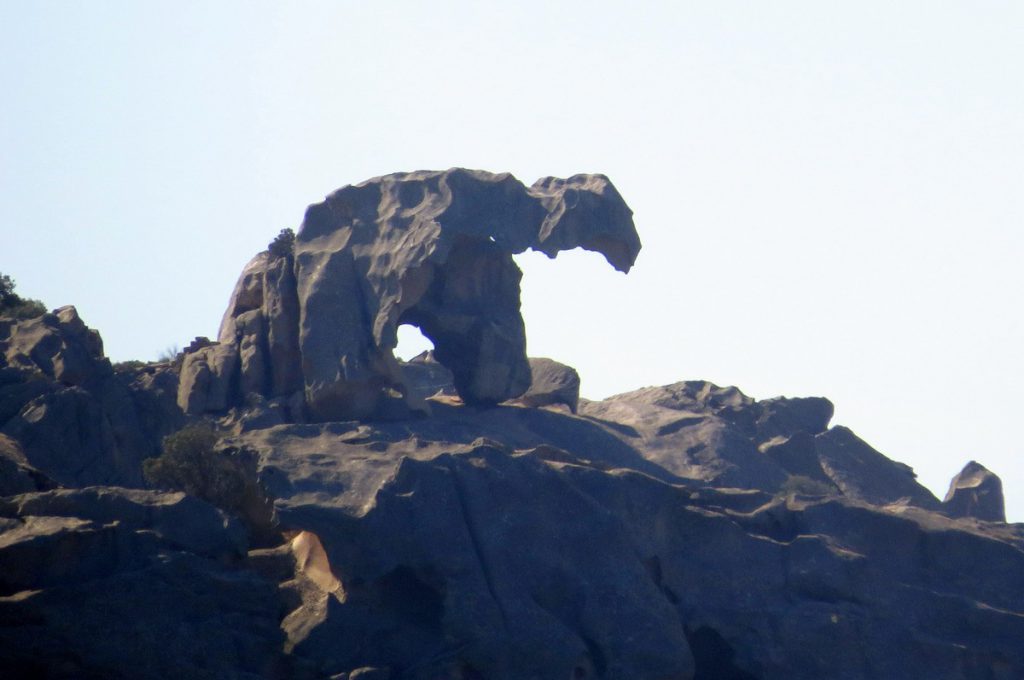 The boat makes a stop also on the island La Maddalena, one of the only two year-round inhabited islands. The walk through the small town with the Mediterranean flair is very pleasant. And do not forget to visit the famous ice cream shop Gelatissimo!

How to get there: The nearest airport is in Olbia. Hotels usually provide the transfer.

Where to stay and eat: After many years we decided for an all inclusive stay although we are not fans of this type of holiday. We stayed at the hotel Blu Baja. The rooms were nice, but without WiFi, it was only in the lobby, without charge. Although siesta was kept in the whole town the chambermaids came to clean up the rooms at 14 o‘clock when people take a rest. As to the guests, according to my opinion at least 80 % were Italian families with children.

There is also a swimming pool at the hotel but you can use it only with a swim cap (available at the reception for 1 €). 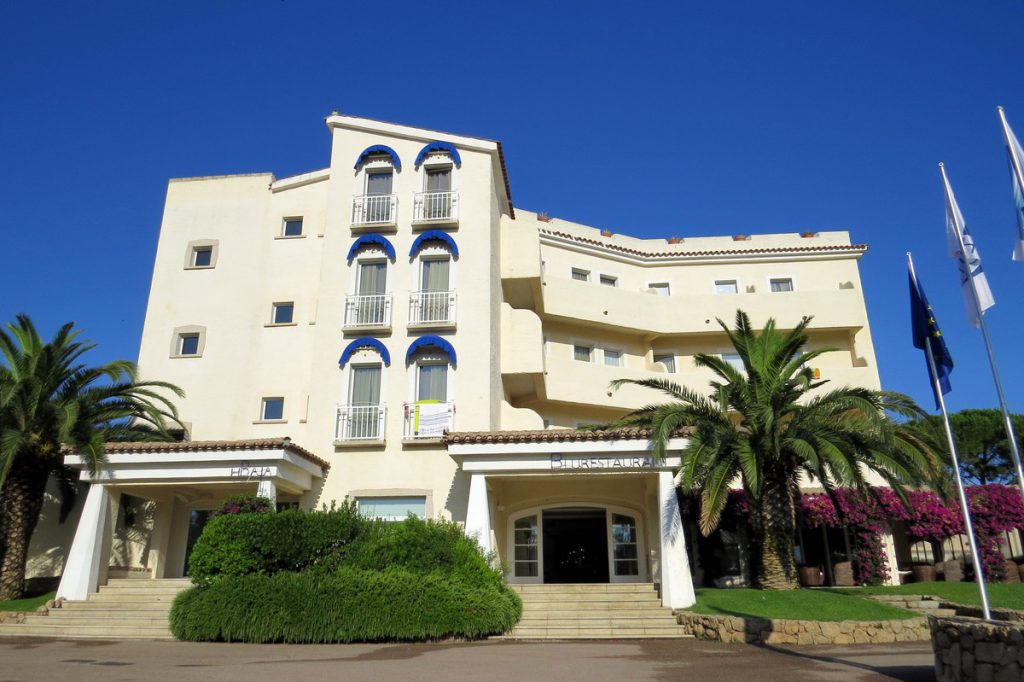 As to the hotel restaurant we had a problem at the very first day of our stay. We left our home early in the morning at 4 o‘clock because we had a morning flight from Vienna to Olbia. We arrived to our hotel in Sardinia at 9.30 and they told us that we would start with the dinner at 20 o‘clock. As we knew that we will leave the hotel on the last day also very early and will not be able to have neither breakfast nor lunch we asked to swap that lunch for the lunch on the first day. Our request led us to the manager Mr. Costa who considered all of our arguments but replied anyway that the company has a very strict policy on this issue and there is nothing he can do.

He also told us that we would receive lunch packets on the last days (well, sure with some liquids which you cannot take into the airplane…).

We did not understand this. If you imagine how much food is prepared and not consumed in all inclusive restaurants then we absolutely do not understand what is the problem with swapping one lunch for another. We travelled over 1000 km to stay in the hotel and as you know airlines nowadays do not provide any real meals. Mr. Costa told us that about 20% of their clients have this problem (sure the rest of the number of guests if you take away those Italian families who come by car and do not have this problem)! This is a significant number and I think that the company would not want to have 20% unhappy clients so it would be reasonable to reconsider its policy.

We did not get the lunch. We wrote a mail with our complaint on that same day and received an answer in the evening that it was just a misunderstanding and actually we could begin our stay with the lunch! My question is now: who was responsible for that “misunderstanding”?

On the evening before our departure we ordered lunch packets. As to the breakfast we were told that they could not compensate it. Next day early in the morning we picked up the packets. We could not believe our eyes. The content of the LUNCH packet was: 2 small crispbreads, 3 small biscuits, 1 croissant, 1 orange, 1 small juice and 0,5 l water. This was the substitute for a lunch (and a breakfast?) in a 4-star-hotel!!!

It is a pity that the hotel had such a strange policy because otherwise we were satisfied both with the choice and quality of the food. Besides the main dishes there had always been some pasta, salads, different fish.

Boat trips: There are several stalls in the town where you can book the trip. We chose the company Consorzio del Golfo which we can recommend. The cheapest price is 40 € per person, the price depends on the type of boat, lunch, etc. 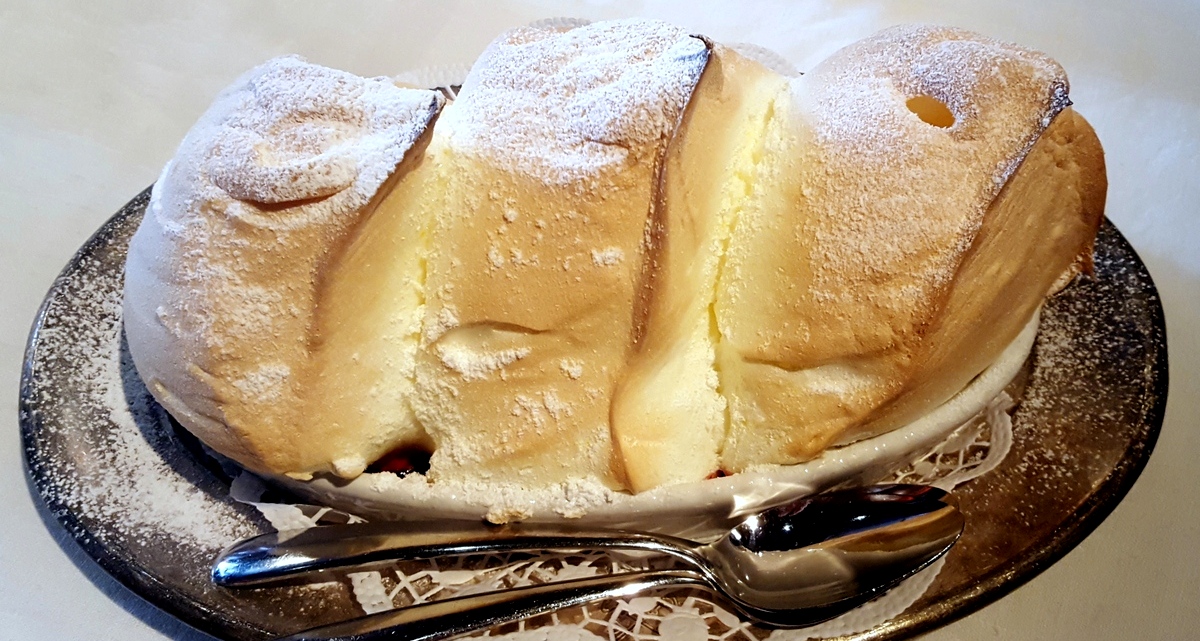 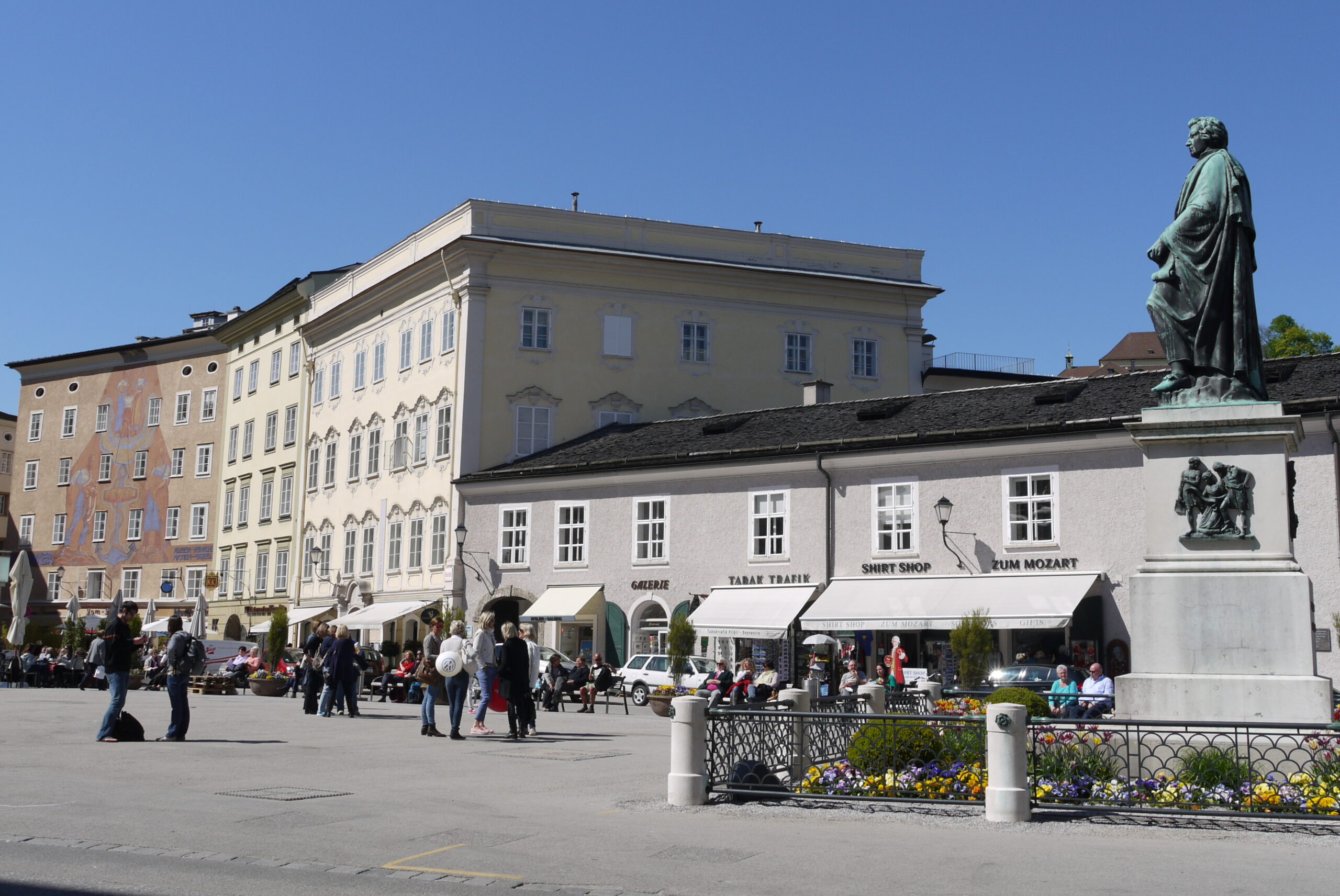