If you visit Salzburg you should definitely try its culinary specialty – Salzburger Nockerl.

Salzburg was an archiepiscopate for many years. It is a very romantic city with a lot of sights. The Fortress Hohensalzburg belongs to the most famous ones, you can see it from almost every corner of the city. 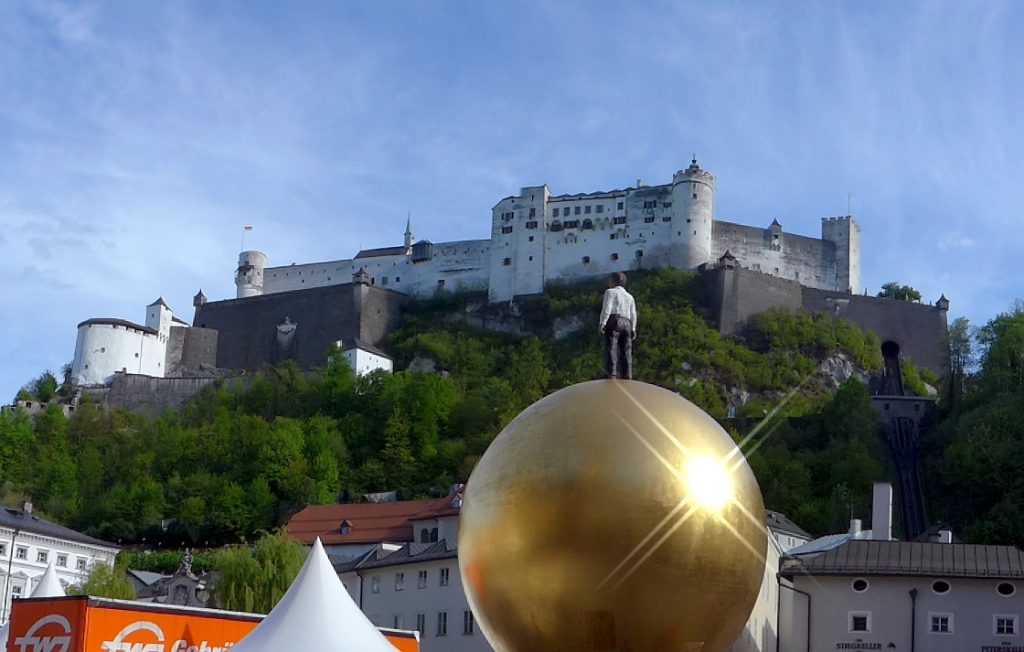 A true fortress has to have a prison! Try to guess who was the best-known prisoner? The archbishop himself! Namely the archbishop Wolf Dietrich from Raitenau. He was put into jail after his relationship with a citizens‘ beautiful daughter Salome Alt, with whom he fathered 15 children, came to light. He officially confessed to his love and spent the rest of his life behind bars. However, his children were allowed to visit him in the prison. This archbishop went down in history of Salzburg because he had built the palace Altenau for his mistress on the right bank of the river Salzach. The palace was later renamed as Mirabell by the next archbishop and today it belongs to the most visited places in Salzburg, especially thanks to its beautiful gardens. 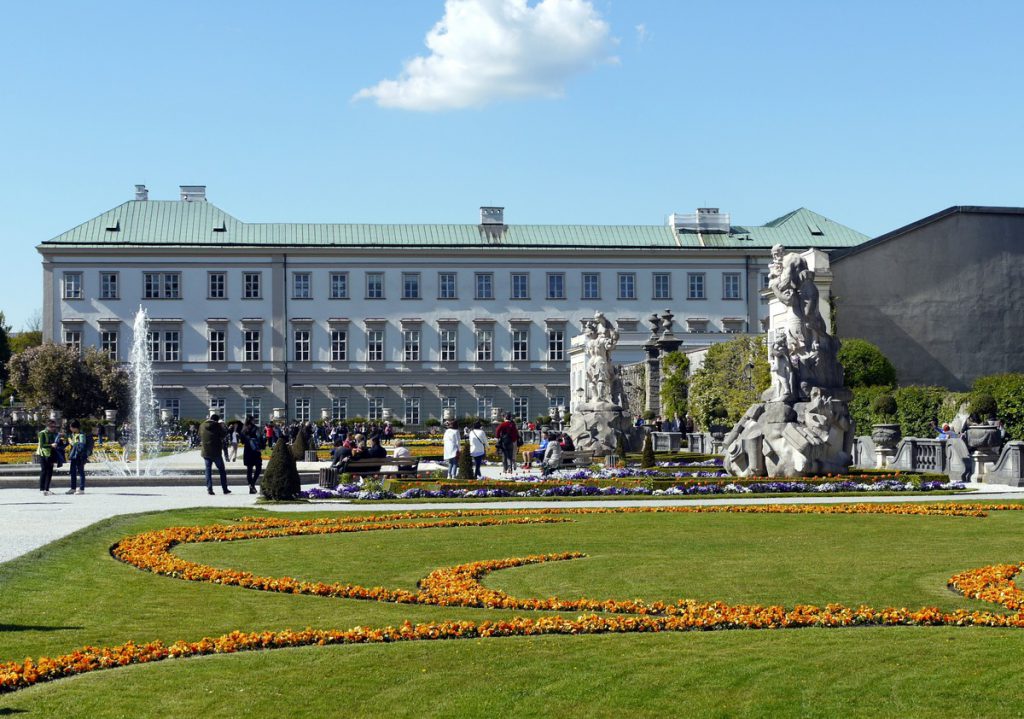 But back to the Salzburger Nockerl. According to a legend it was Salome Alt who invented this dessert which reminds of the three mountains of Salzburg covered with snow: Mönchsberg, Kapuzinerberg and Gaisberg. 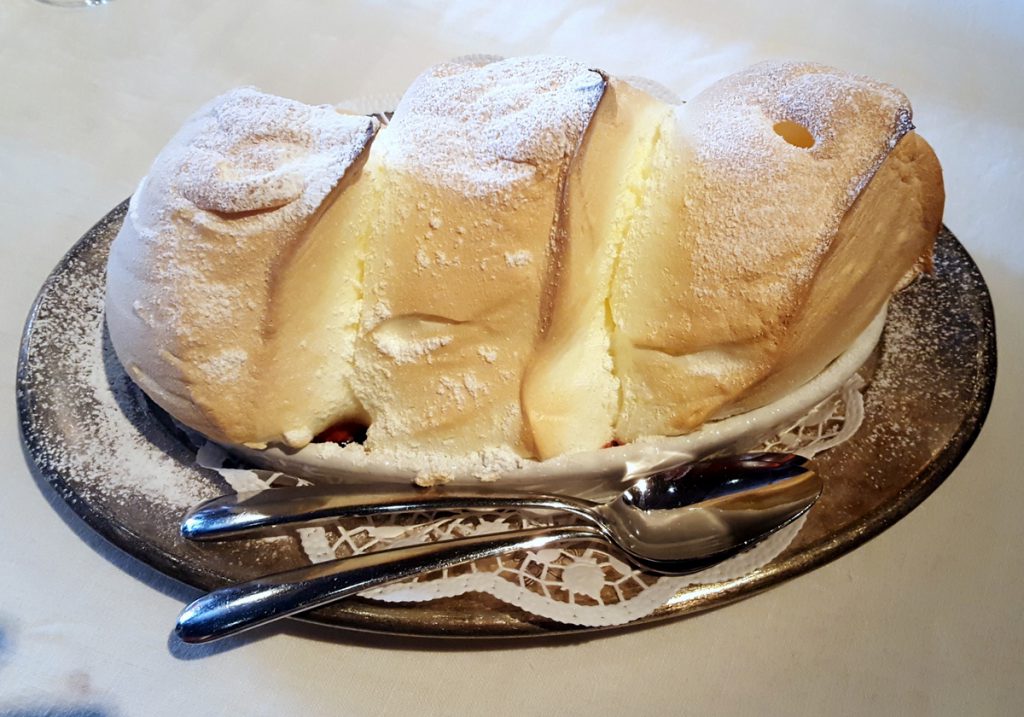 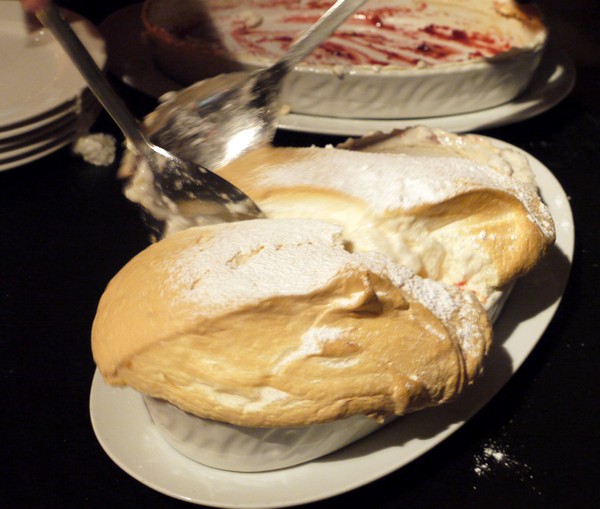 The dessert should be served warm after the main dish, covered with powdered sugar and usually with raspberry sauce. It is even known across the Ocean under the name Floating Islands, however, it is pretty certain that it had been prepared in Salzburg before America was discovered. After all, it is one of the icons of Austrian cuisine.

One of the restaurants in Salzburg where you can find this local sweet specialty on the menu is Restaurant 32 (Mönchsberg 32) which is known not only for its first class cuisine but also for a magnificent panoramic view of the whole city. You can get to the restaurant on foot or by lift (Mönchsbergaufzug). Click on the picture – this is the view from the restaurant.

If you order Salzburger Nockerl do remember that one portion is for 4-5 people which is more than enough. Even if you like sweet I am sure you will not be able to eat a whole portion!

If you would like to try to prepare this dessert at home, here is the recipe.

Preheat the oven to 220°C. Grease an oval heat-resistant form and sprinkle it with two tablespoons of sugar. Whisk 10 egg whites and slowly add the rest of the sugar. Pour milk into the heat-resistant form and put it into the preheated oven for 2-3 minutes. Mix 6 yolks with flour and vanilla. Put only a quarter of whisked snow in the yolk mixture first, then very carefully add the rest of the snow. Take out the form and put the dough on the hot milk in a way it resembles three peaks. Put the form back into the oven and bake for 8-12 minutes until the “dumpling” becomes slightly gold. Sprinkle with sugar and serve warm. 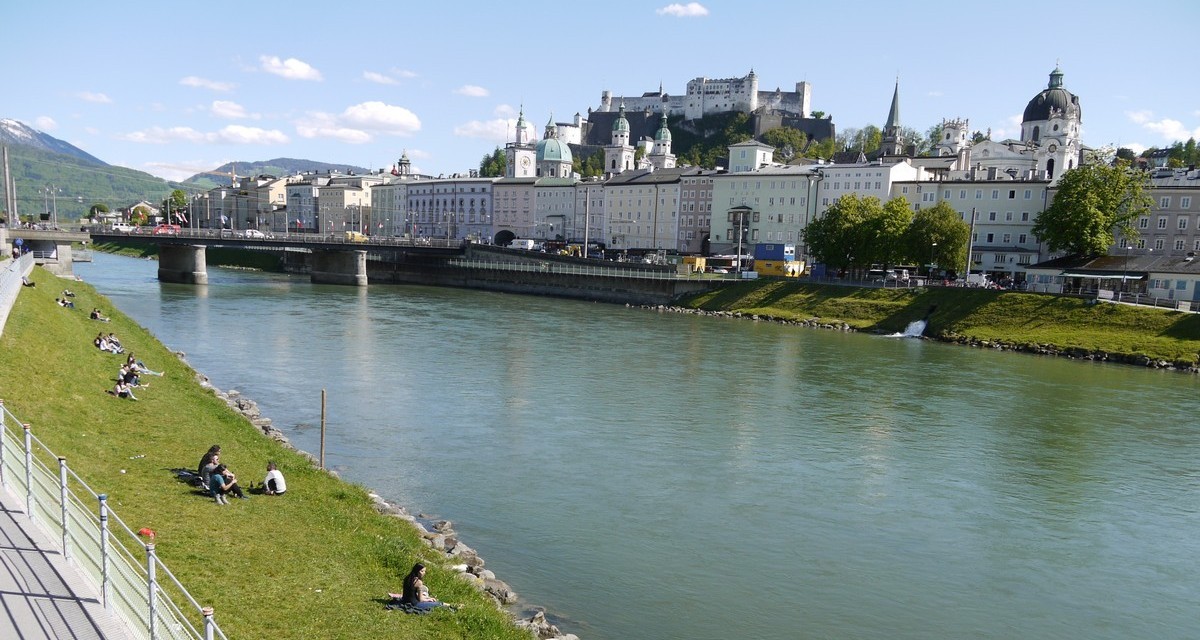 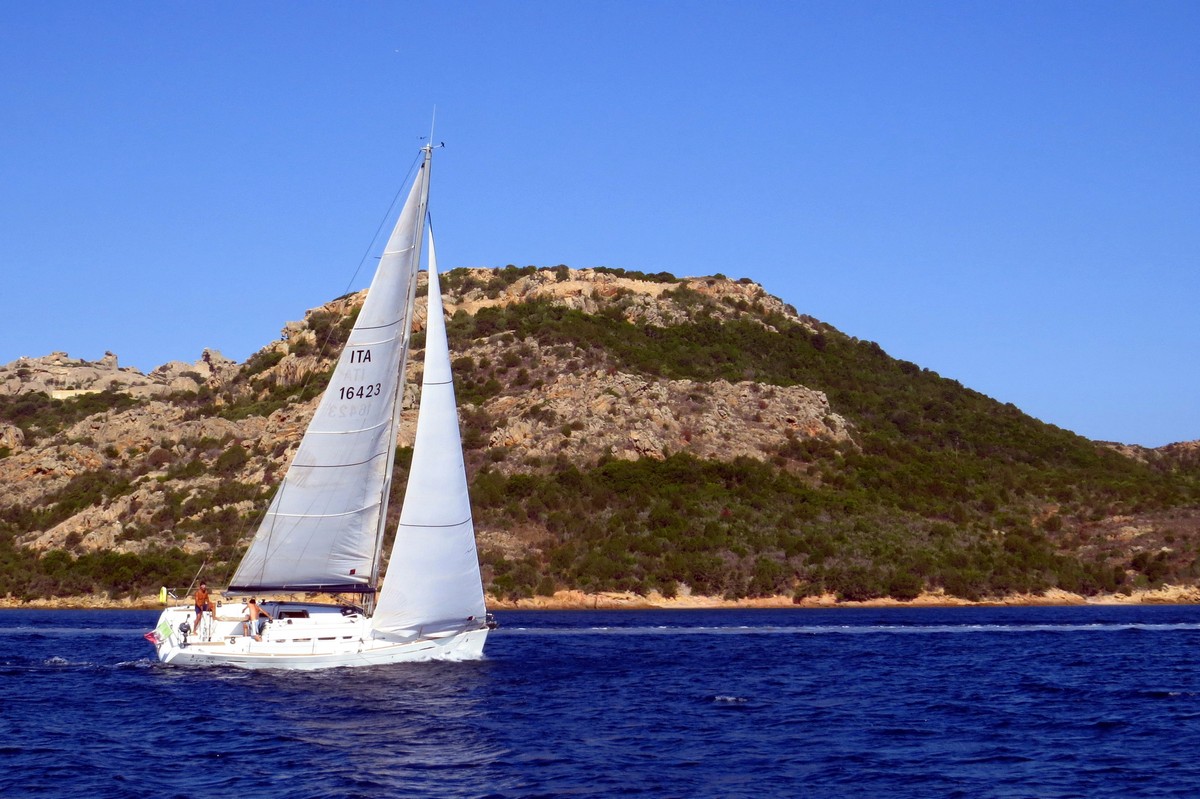