In modern times, it’s easy. All you have to do is go to the ZOO (I think we can find a ZOO in every big city) and there you can see elephants and other animals that you cannot find in the wild in our latitudes. And if we don’t feel like going, we don’t even have to leave the house, because we can find everything on the Internet. But what options did people have 500 years ago?

A living elephant in Europe in the 16th century was still a great rarity. If somebody owned such a gray giant, it proved his wealth and power. This is why the elephant became a great diplomatic gift! The first elephant to get to Vienna was also such a gift. In 1551, Emperor Maximilian II received it from his brother-in-law, King Philip II of Spain. Originally, this elephant was the property of the Portuguese royal house – Catherine of Habsburg, the wife of the Portuguese king, had a fondness for exotic animals, and so this elephant was given to her by Bhuvaneka Bahu II, King of Kotte (royal empire in present-day Sri Lanka).

Of course, the animal attracted considerable attention along the journey, its arrival in Vienna – May 7, 1552 – resembled a triumphant return from a successful combat expedition. This exciting event is also illustrated by a picture from Moritz Bermann’s book on ancient Viennese stories and legends from 1888. 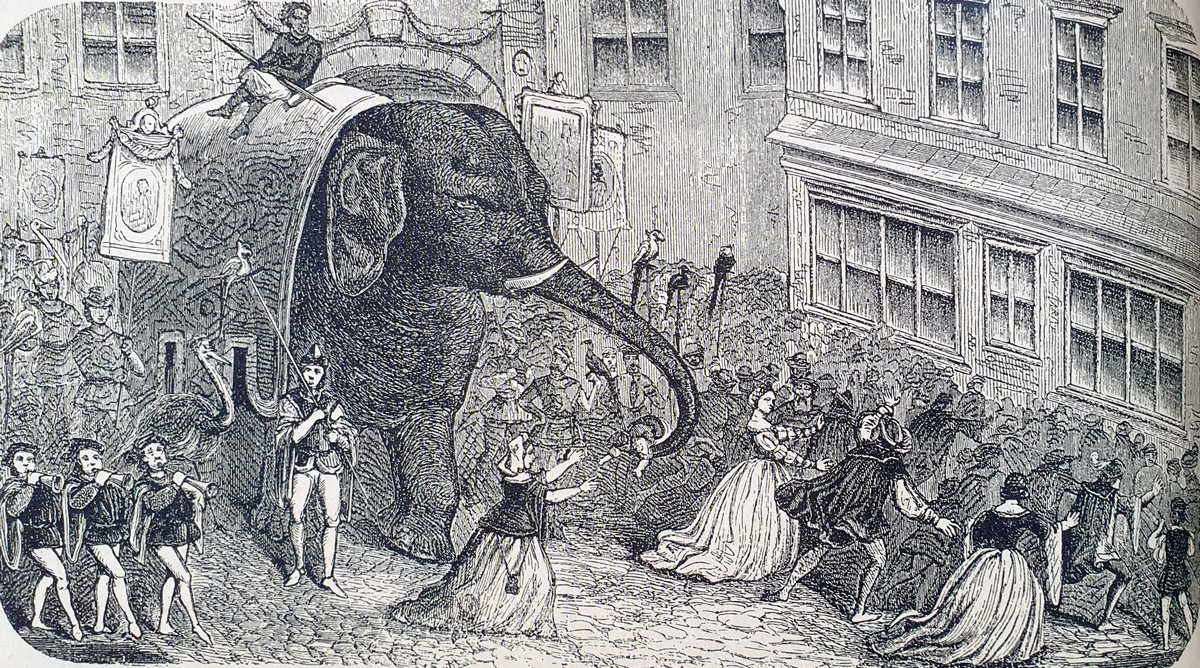 According to a legend, as the elephant walked down Graben Street, a five-year-old girl slipped out of her mother’s hands and fell in front of the giant elephant’s feet. The whole crowd was horrified. But the wise animal did not harm the child, on the contrary – the elephant made an arch with its trunk, then carefully picked up the little girl and handed it to the trembling mother. To commemorate this incident, the owner of the house on this street had a sandstone relief with a colossal image of an elephant (pictured right) attached to his house, allegedly sponsored by the girl’s father. In 1727, the relief was so weathered that they had to remove it, and in 1866, during the renovation of Graben, the so-called Elephant House was demolished. 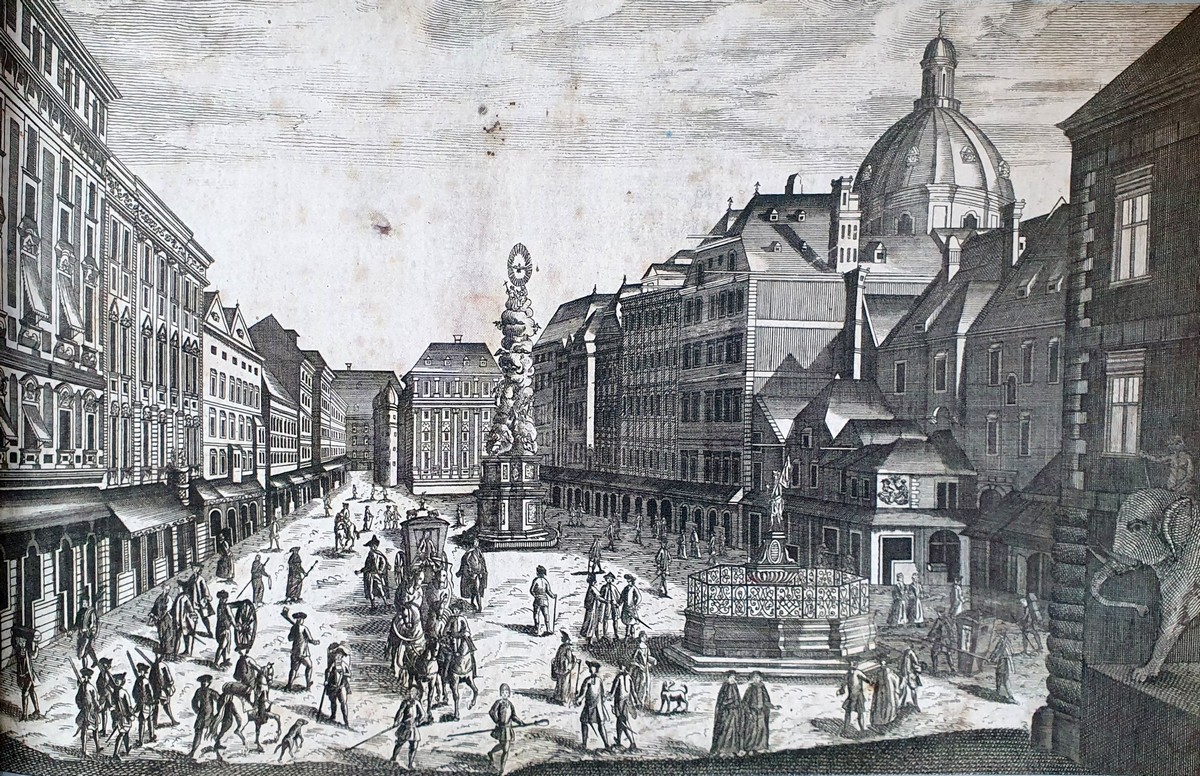 However, it is one thing to own an elephant, and another – to know how to take care of it. The poor elephant died less than two years later in December 1553. It was only 13, while elephants normally live to be 60-70 years old.

The second elephant did not appear in Vienna until ten years later – In 1563, it was again a gift from the King of Spain. There are several records of its journey to the Viennese court. In August, they boarded the elephant and its mahout in a northern Spanish port. They arrived in Antwerp in September. Crowds of people always gathered around the animal, some people just staring curiously, the braver ones touched it or even pulled it by its tail. The elephant continued on its way to Brussels, in October, it could be admired by the inhabitants of Cologne and on November 27, the animal was received by Maximilian II. in Olomouc. The Emperor liked to show off his new gift on various official occasions. For example, in Prague on February 26, 1570, as part of the engagement of his favorite daughter Anna to King Philip II. of Spain. The festivities lasted several days. The highlight was a spectacular procession organized by Milan painter Giuseppe Arcimboldo. It is very likely that this elephant served as a model for his famous painting „Earth” (today in the private collection of Liechtenstein).

There is only one image of the second “Viennese” elephant. In August 1571, the wedding of Charles II Francis of Austria with Maria Anna of Bavaria took place in Vienna. The organization of the festivities was again entrusted to Arcimboldo together with Italian artist Jacopo Strada. This pen-and-ink drawing was found in his estate, on which, there is his son’s note: This is how the elephant was decorated according to my father’s proposal for the wedding of Archduke Charles. 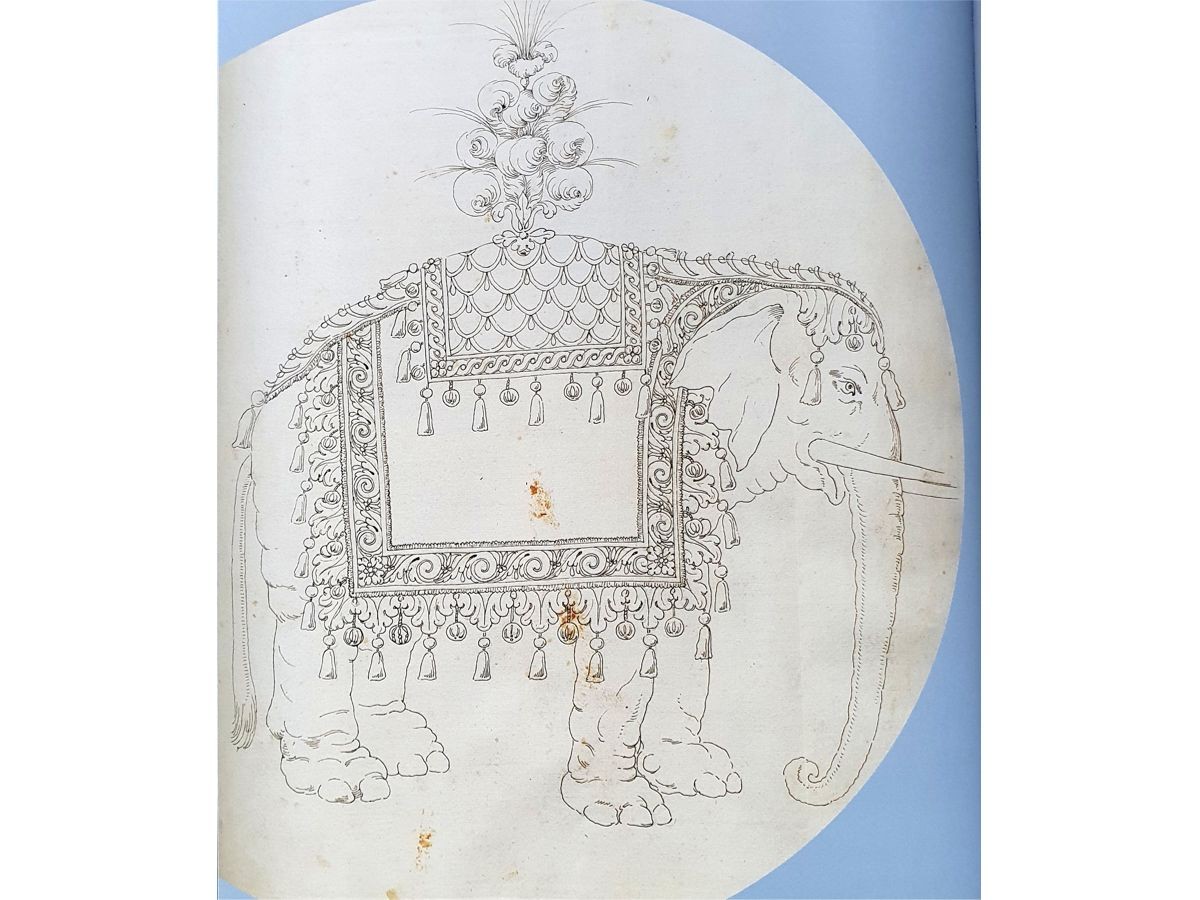 This elephant lived until its death in 1577 in the imperial menagerie in Kaiserebersdorf, which was built by Emperor Maximilian II. for the elephant to have an adequate dwelling.

It took almost 200 years for another, the third elephant to appear in Vienna. The customs protocol from Aschach mentions its transport across the Danube. This elephant came to Vienna on June 20, 1771, along with other exotic animals, and caused again a sensation in the city. The animal soon became a darling for the Viennese. They fed him bread, rice and carrots. The stay of the elephant cost 1800 guilders a year (the senior official’s annual salary was 400 guilders!). On October 10, 1784, Viennese newspapers reported of its death (after a long, unknown illness) on the front page. The whole city was sad. The elephant was then stuffed under the supervision of an anatomy professor and placed in a science cabin.

The other two elephants (among them for the first time a female) were bought in 1799 by Emperor Francis I of Austria for 30,000 guilders from Antonio Alpi, the owner of a travelling menagerie. He traveled around Europe and performed a big show with animals. In 1807, the emperor sent the court botanical painter Mathias Schmutzer to Schönbrunn to paint portraits of these two animals. 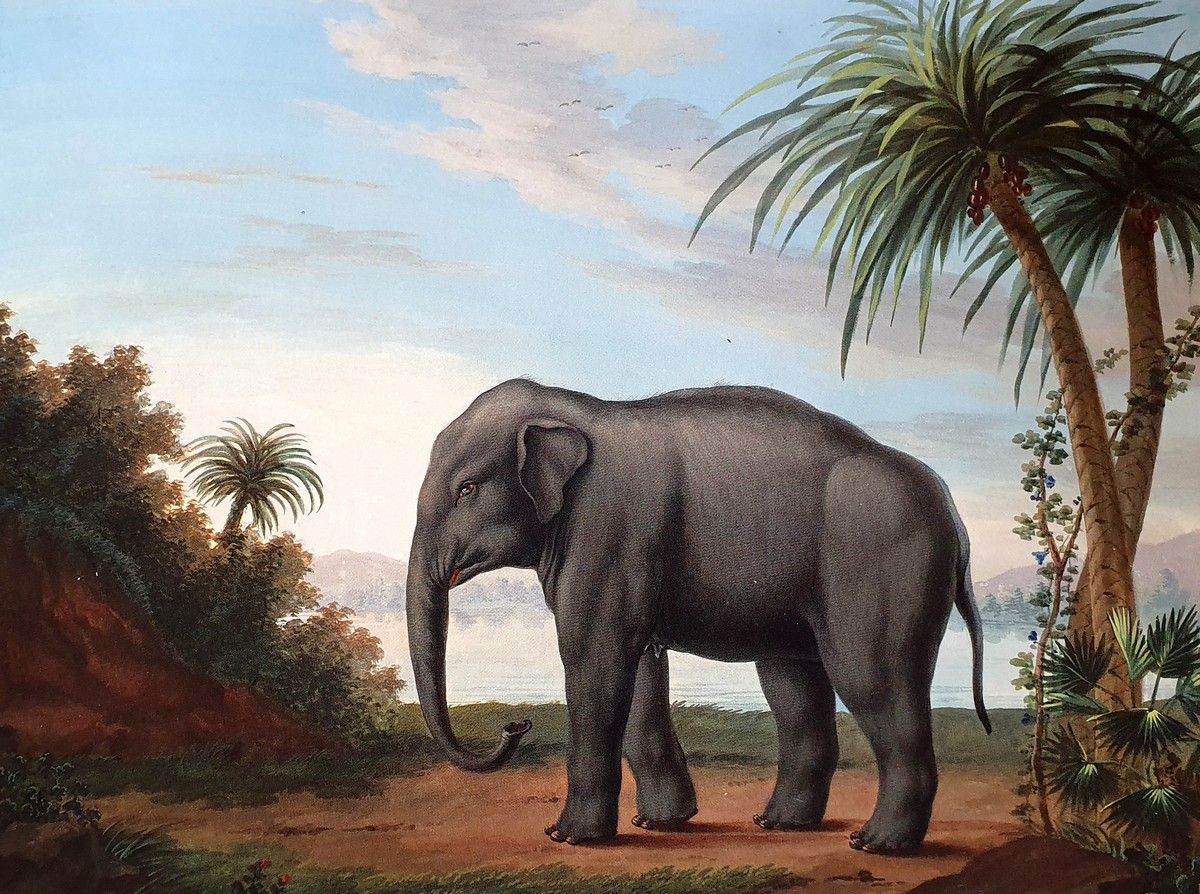 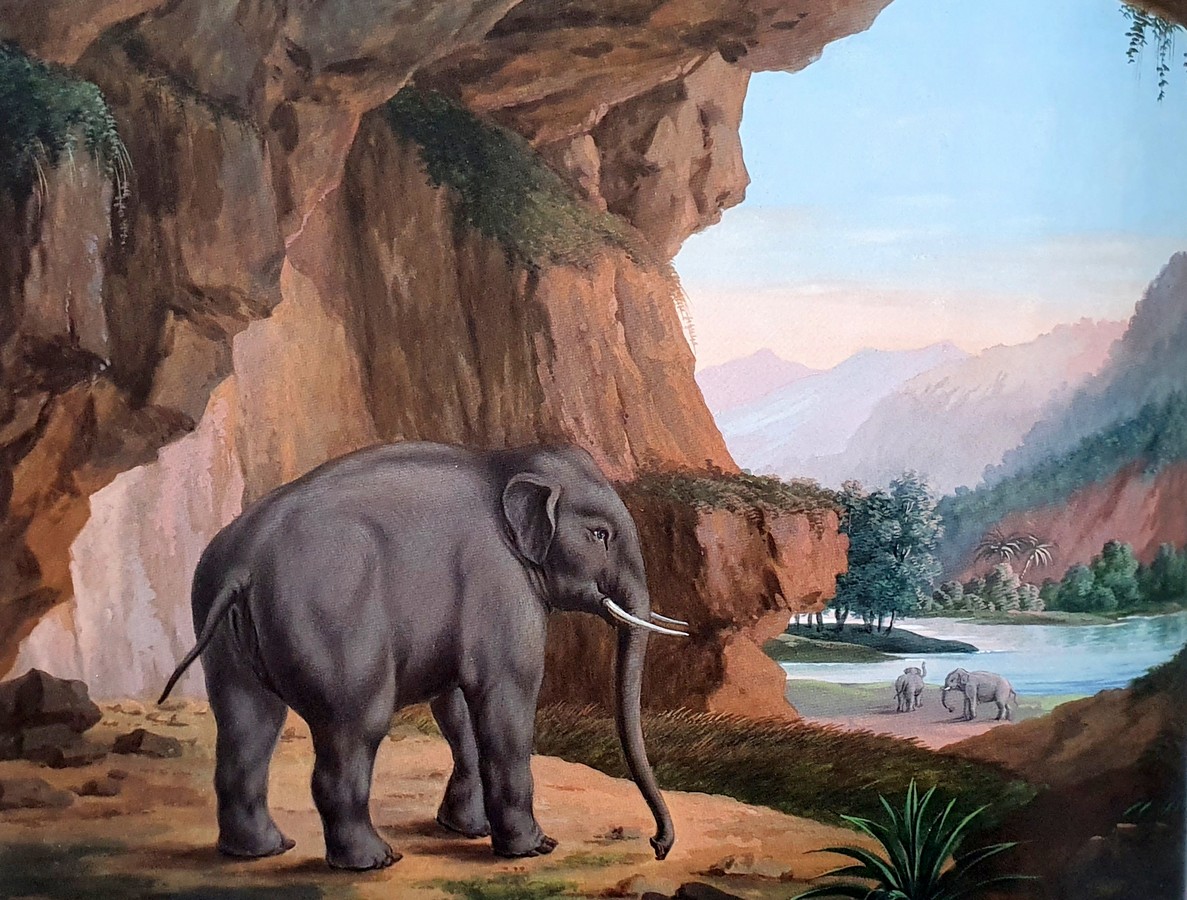 Later, a new male was added, which we see in a watercolor by Leopold Stoll from 1821. 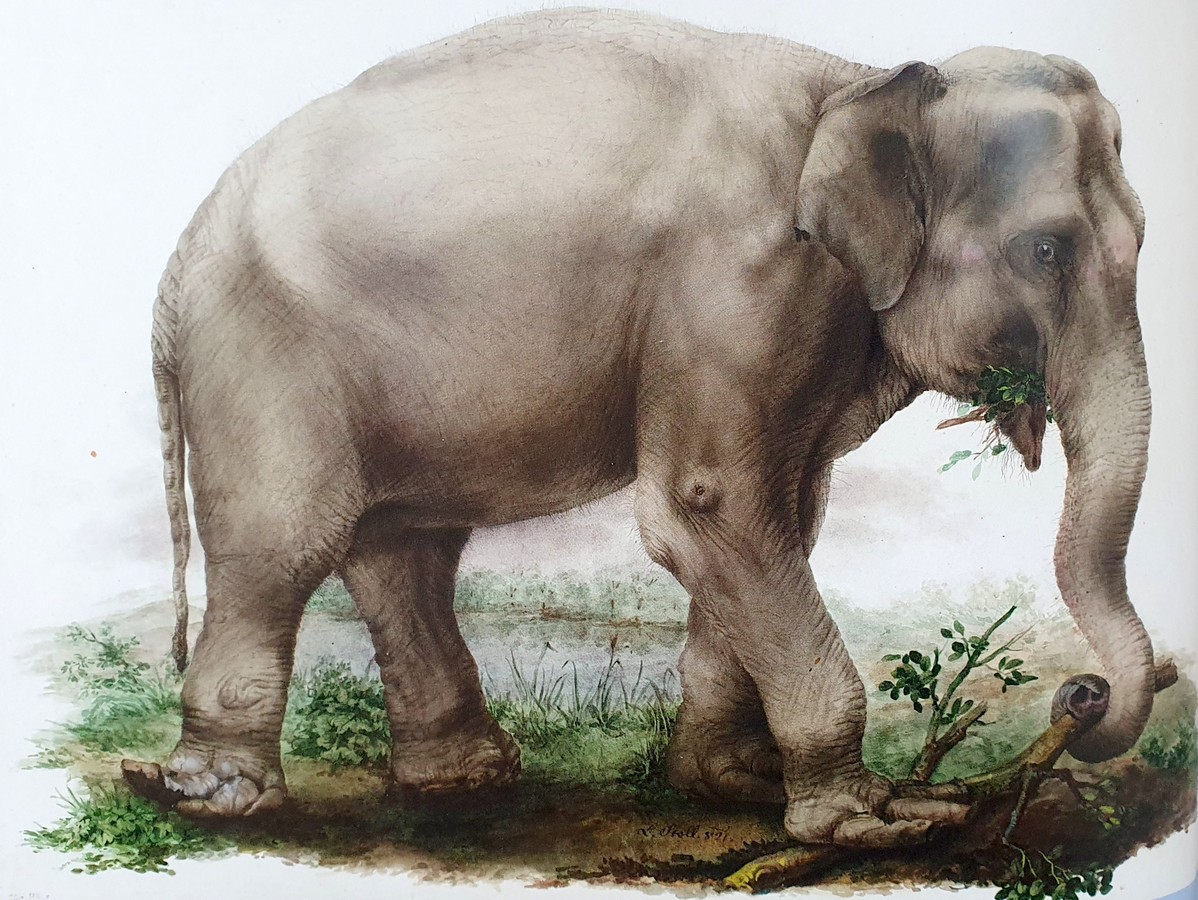 Even today, elephants are a major attraction in the Schönbrunn Zoo, which is the oldest still-functioning zoo in the world (founded in 1752). The elephants have a range of 7,300m², which allows them to live without chains. That they like Vienna is also proved by the fact that several elephant babies have already been born here. 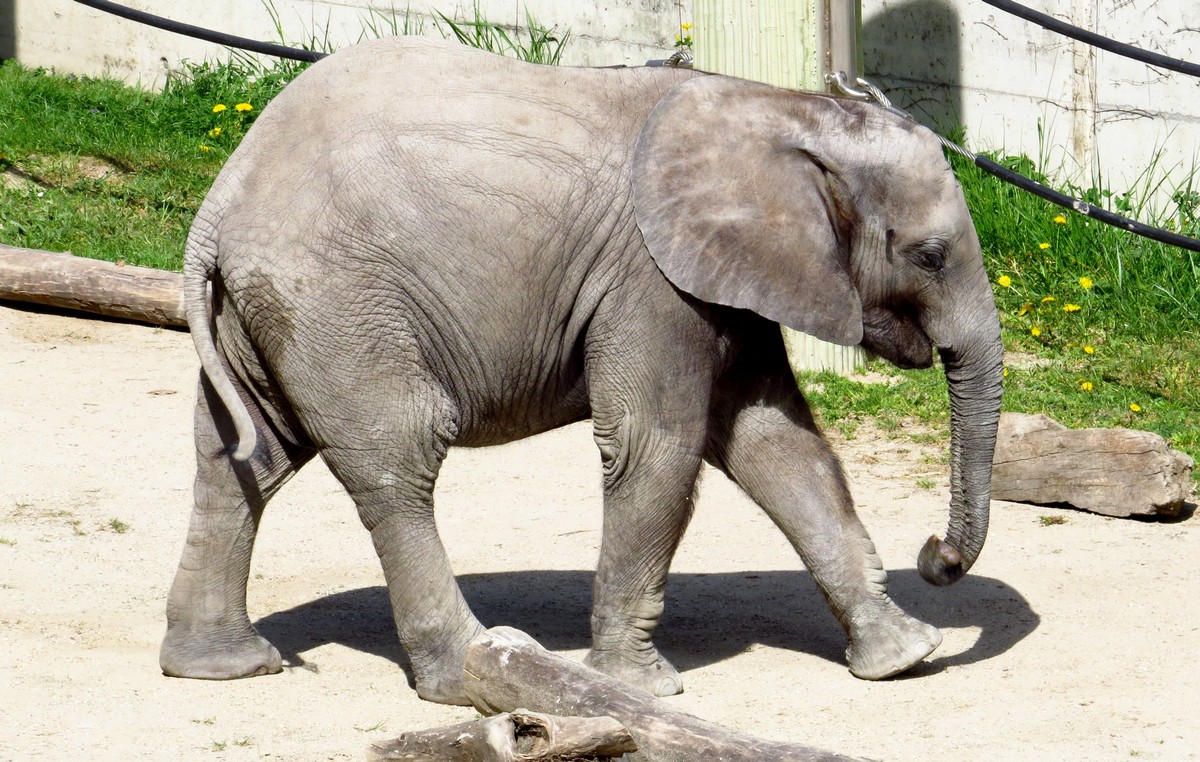 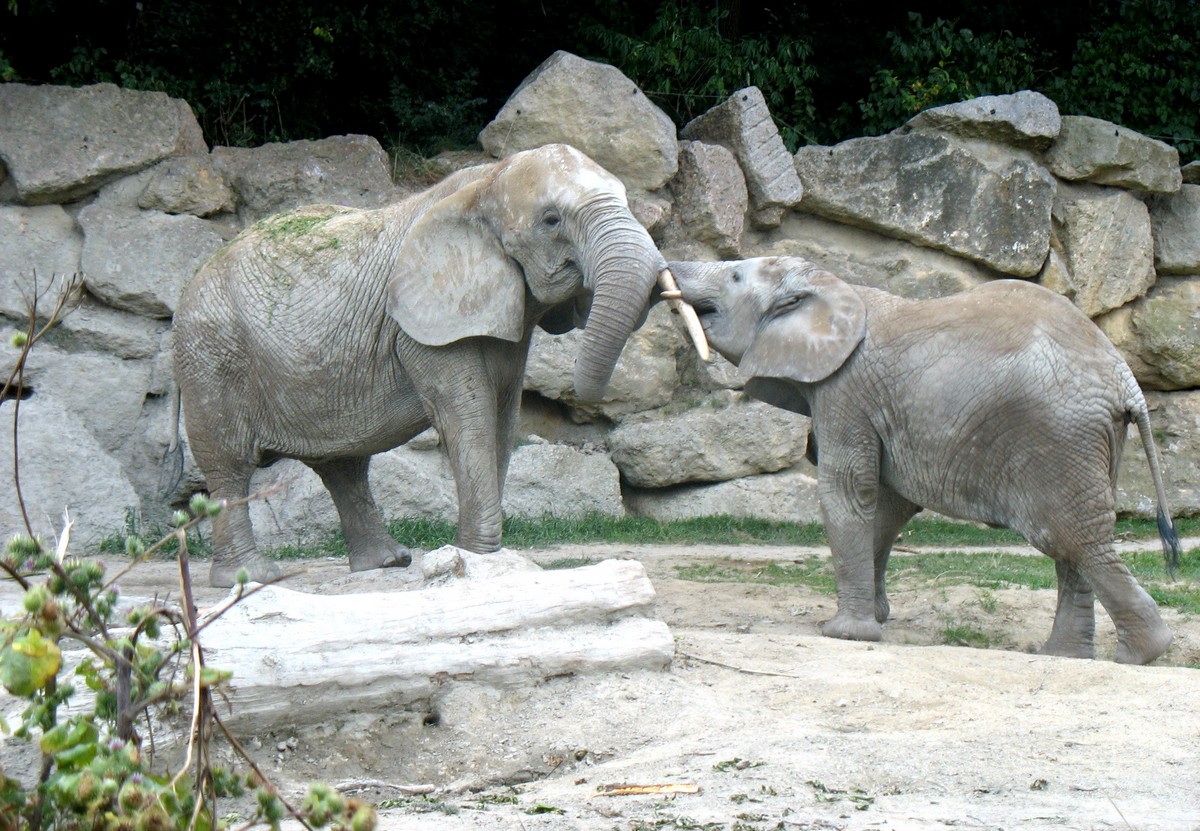 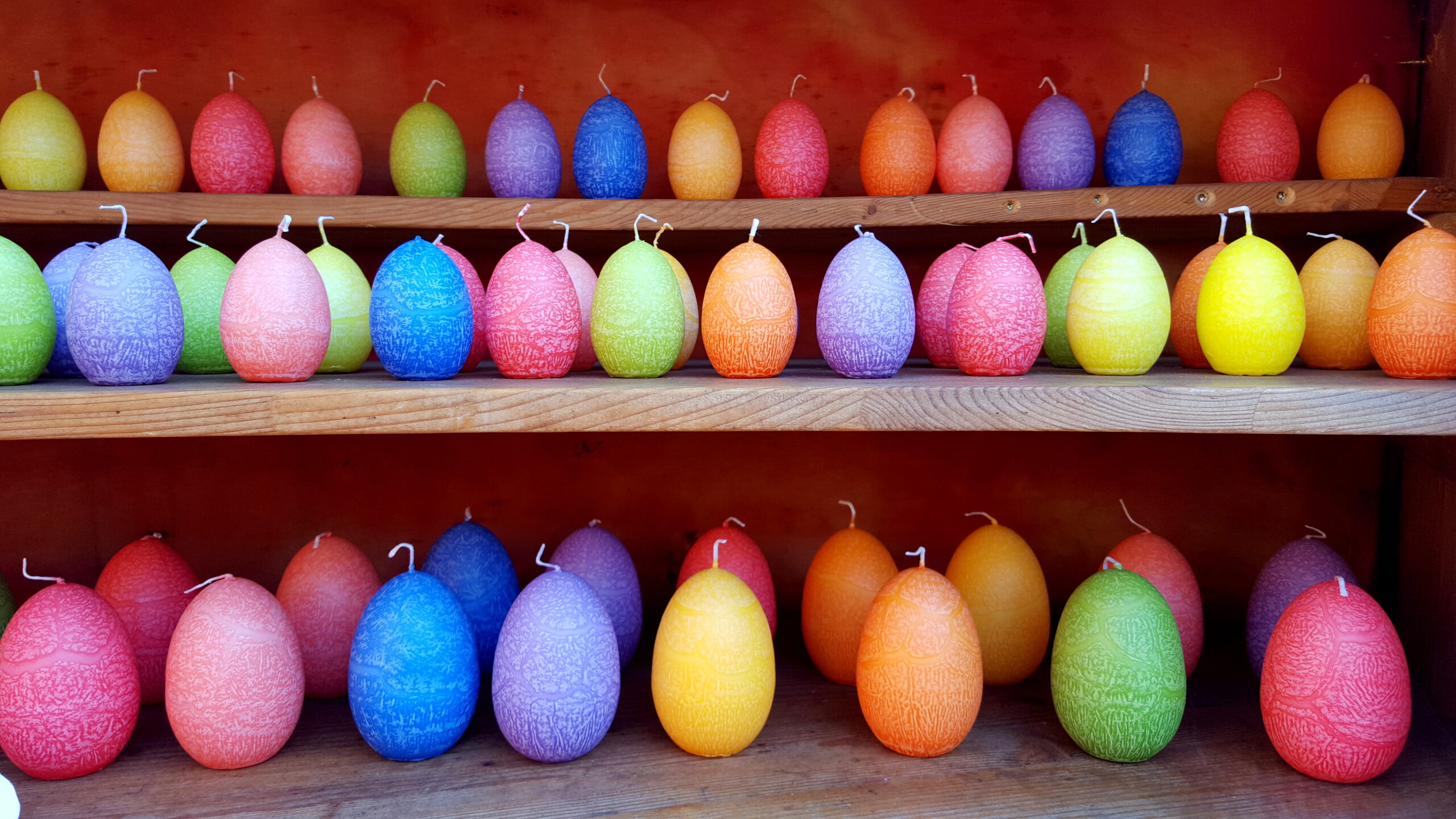 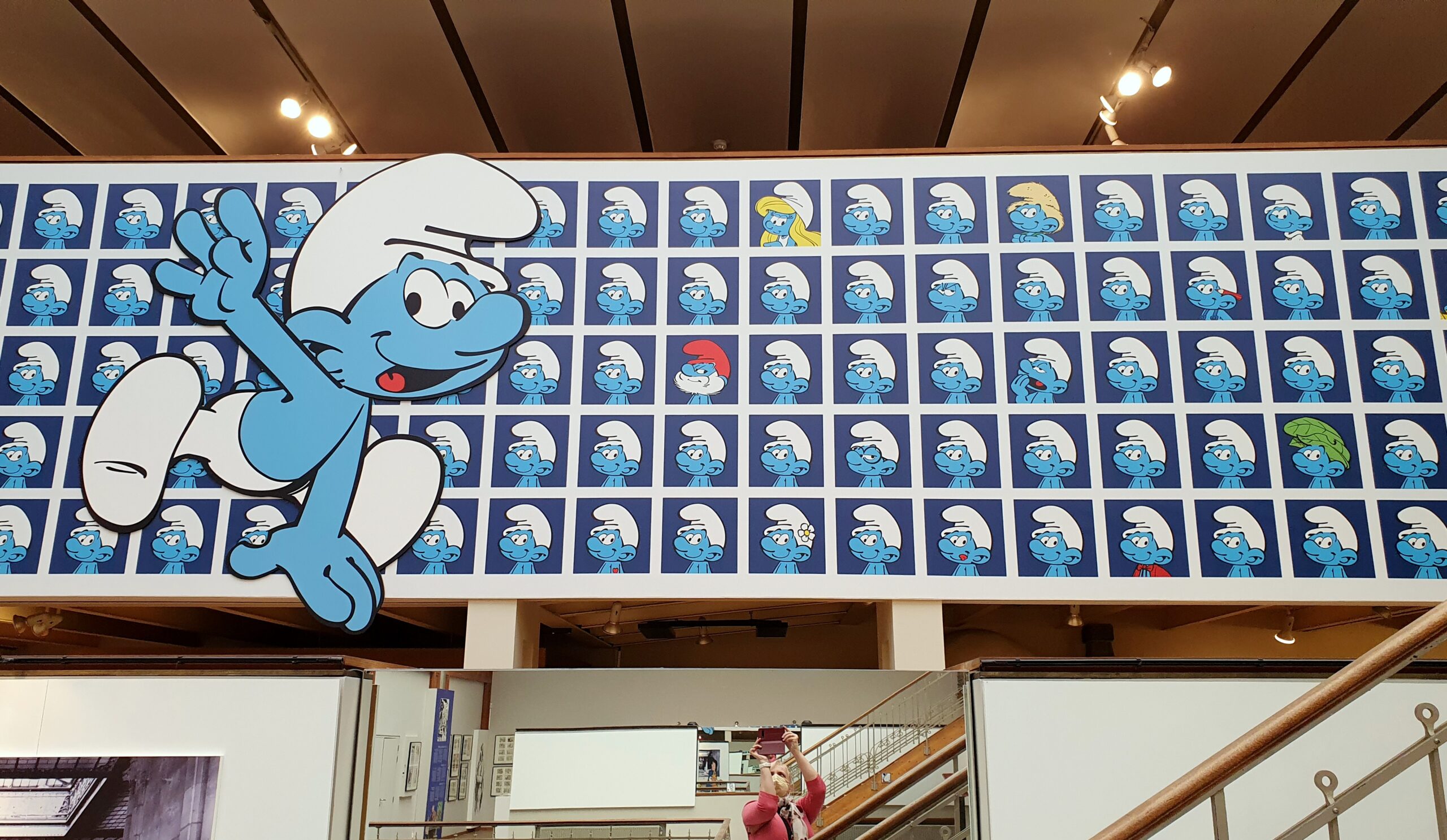 Brussels - the Capital of Comic Strip