In mid-September 2022, a new attraction was opened in Vienna – Mythos Mozart – a multimedia show dedicated to one of the greatest musical geniuses, who spent several years of his short life in Vienna. The entrance to this attraction is from the famous Kärtner Strasse, right next to the luxury department store Steffl in the very center of Vienna. Why here? 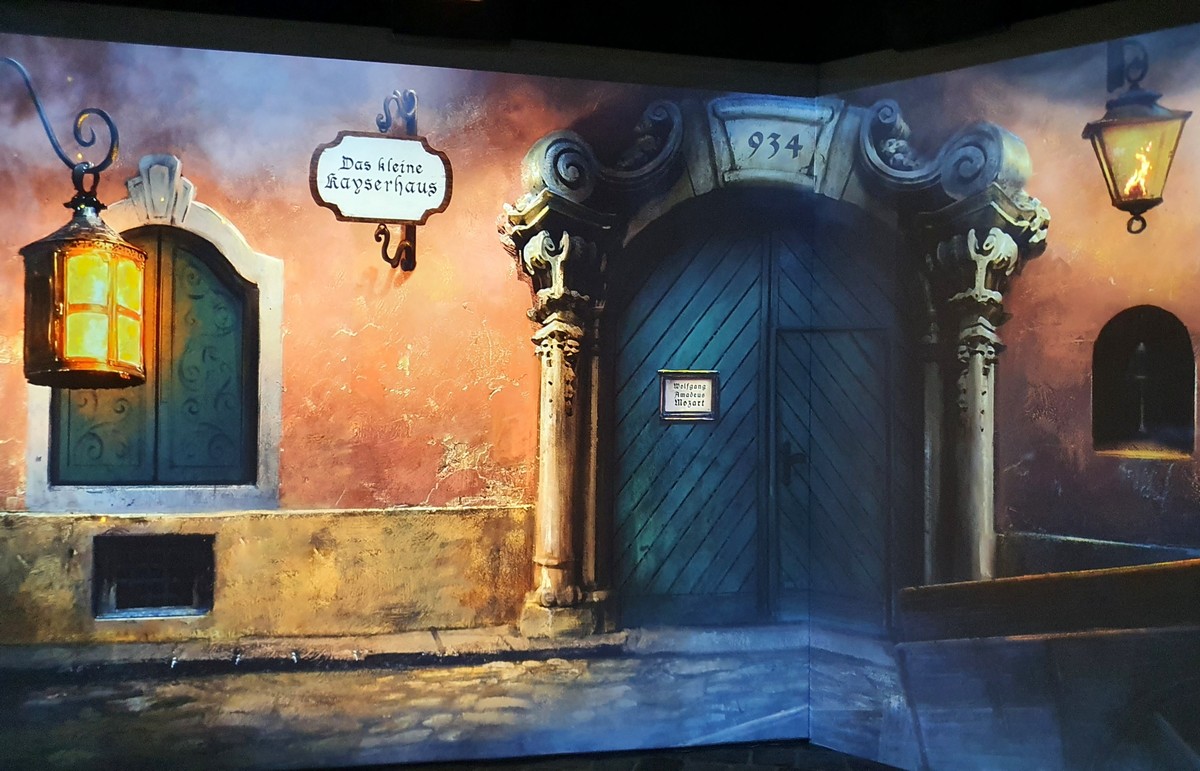 In the rear part of today’s building, the so-called Kleines Kayserhaus stood until the middle of the 19th century. Mozart had to move many times due to his financial problems. He lived in this small house for the last year, he composed his masterpiece here – the opera The Magic Flute, also the Requiem, and it was here on December 5, 1791, that he breathed his last. 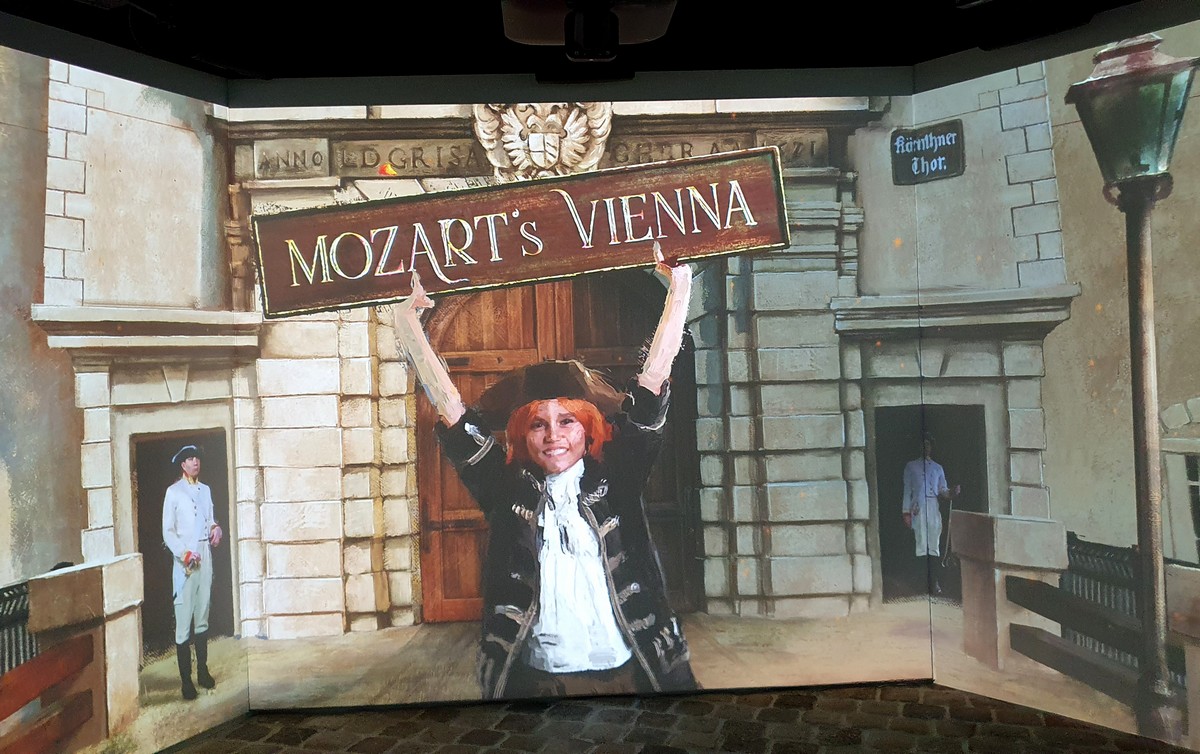 To visit the Mythos Mozart project, it is best to order tickets online: HERE and then come about 15 minutes in advance. Until the door opens to the first room of the multimedia show, you wait in the foyer, where unfinished paintings in frames hang on the wall. You let yourself be photographed and the computer then uses your animated photo as the face of one of the characters in one of the paintings. It’s quite funny, they turned me into a lady on the couch, but my family didn’t recognize me. 🙂

Then the door opens and you enter a mysterious, dark room lit only by the flickering lights of 1,500 LED candles. The Requiem sounds from the loudspeakers and shadow projections begin to be projected on the walls – a hand writing notes, a sick man in bed, a coffin loaded onto a hearse… 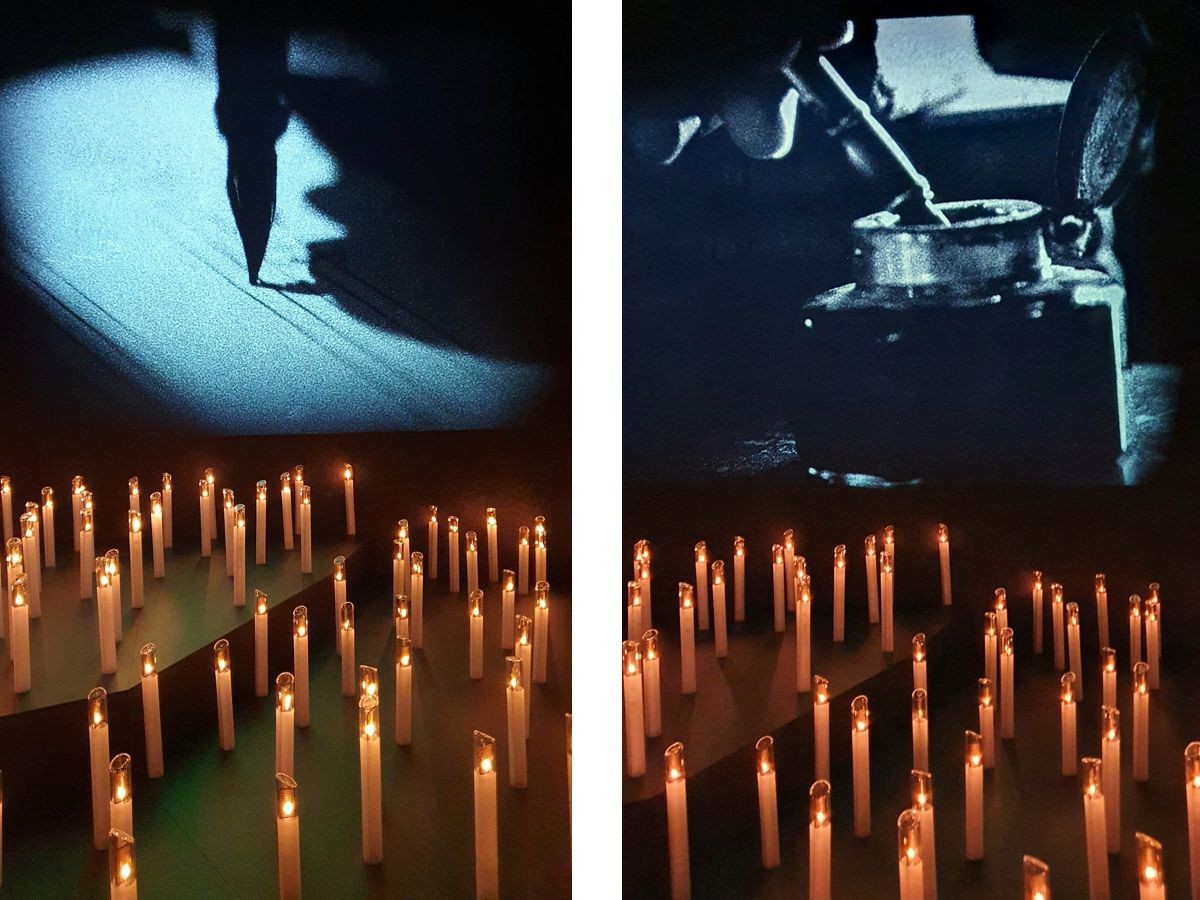 As I mentioned earlier, Mozart died at this place, so perhaps that is why this new Viennese attraction begins with such sad scenes.

Anyway, the following four rooms of the new project are more cheerful. The 45-meter screen shows a 360-degree panorama of Vienna with scenes typical of the period around 1791 – balloons float around the tower of St. Stephen’s Cathedral, market women on the Hoher Markt square offer their wares and when it gets dark, a man lights a street lantern… A figure of a cheerful boy in a baroque suit appears in many scenes. The atmosphere of the bygone era is enhanced by the stone pavement on which visitors walk. 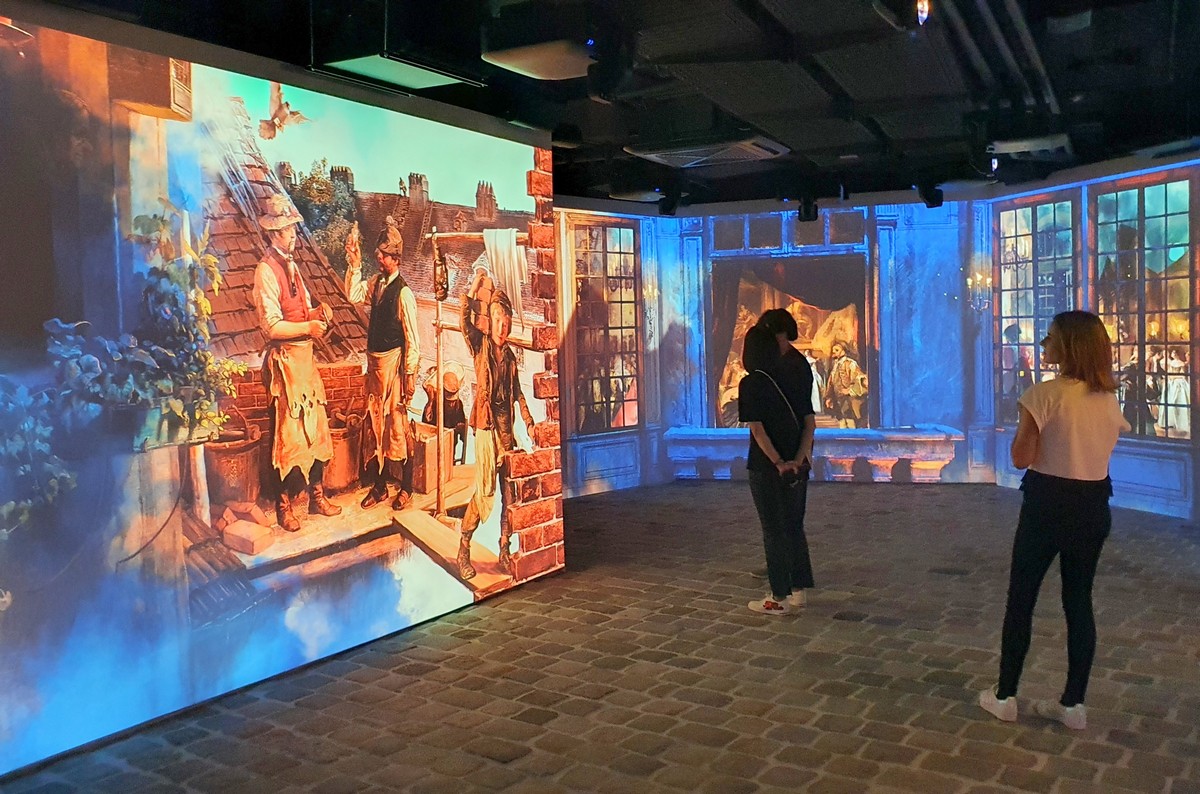 From the street, you suddenly find yourself in an imaginary theater and characters from The Magic Flute are parading in front of you at a dynamic pace…

In the music room, you can not only listen to Mozart’s famous Little Night Music but also actively participate in it by adding various musical instruments from around the world. 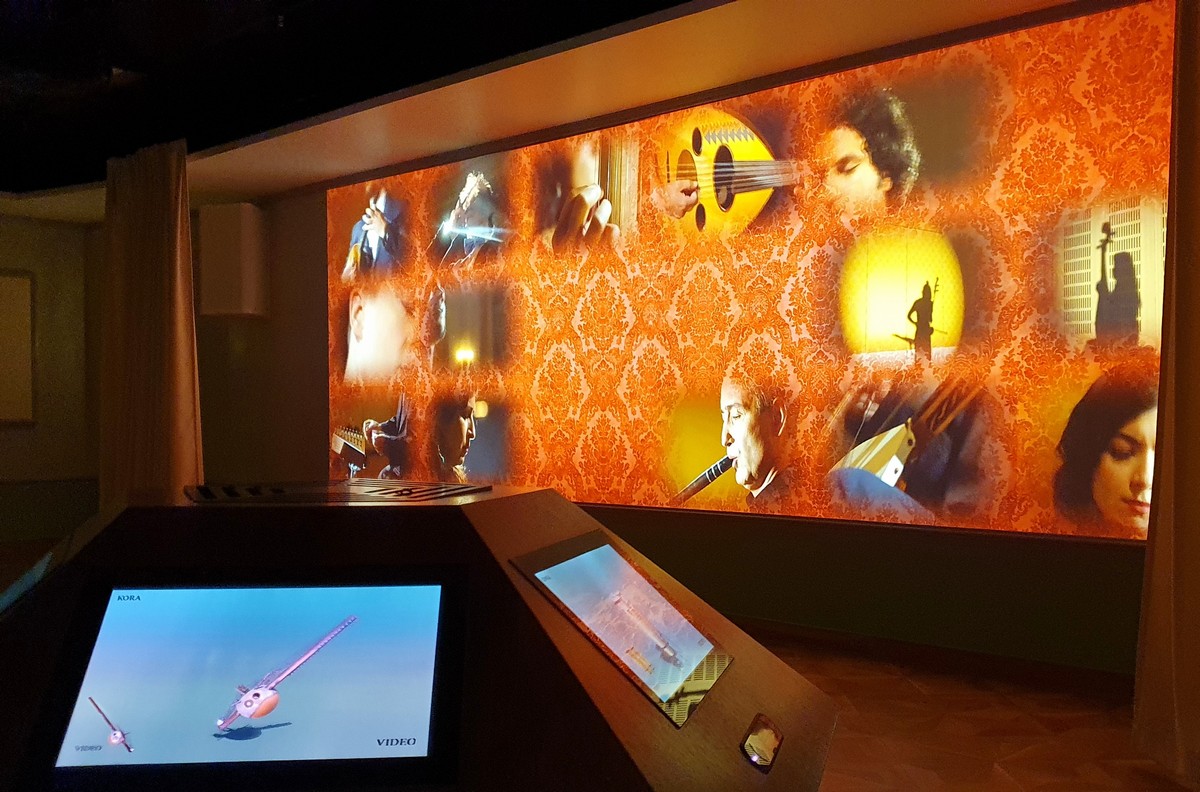 The next room reminded me of an aragonite cave. But instead of dripstones, thousands of synapses hang from the ceiling. Music, lighting effects – it’s as if we were right in Mozart’s nervous system, in his creative world, where every moment new ideas emerge, a new composition is born…

For the final part, the creators digitized over 200,000 images from documentation about Mozart (historical portraits of the composer and his family, album covers, books and articles about Mozart, his life and work, etc.) and collected recordings from over 6,000 performances that took place in opera houses and art societies around the world. Turkish-American artist Refik Anadol has used millions of Mozart data and artificial intelligence to create fantastical visual images that run in such rapid succession that it can make your head spin.

Finally, you can visit a shop with magnets, books, T-shirts, bags, chocolates and other items with a portrait of Mozart or at least a treble clef or sheet music. 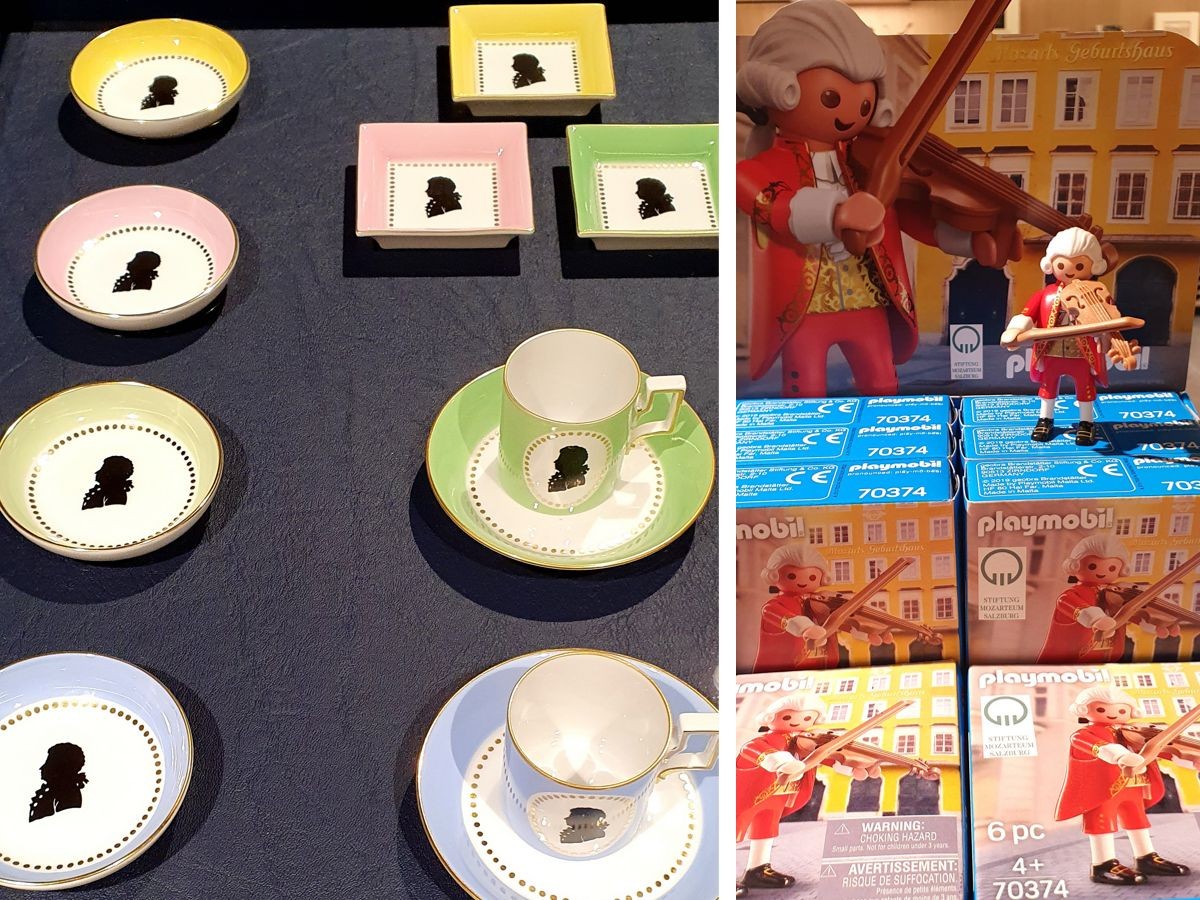 And don’t forget to type your email address on one of the monitors hanging on the wall so they can send you a photo of you from the beginning of the show – this time a portrait with a baroque wig.

Mythos Mozart is not a museum, it does not provide information about the life or work of this musical genius. It is a multimedia, experiential show, introducing Mozart even to those who do not know his music. 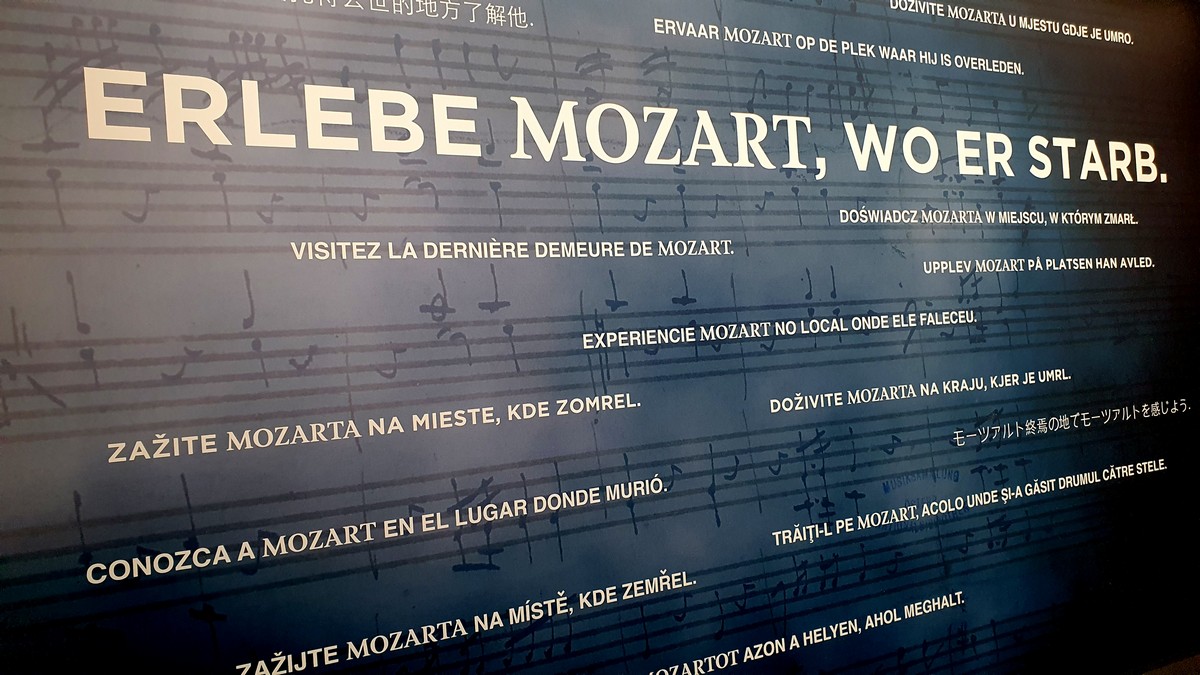 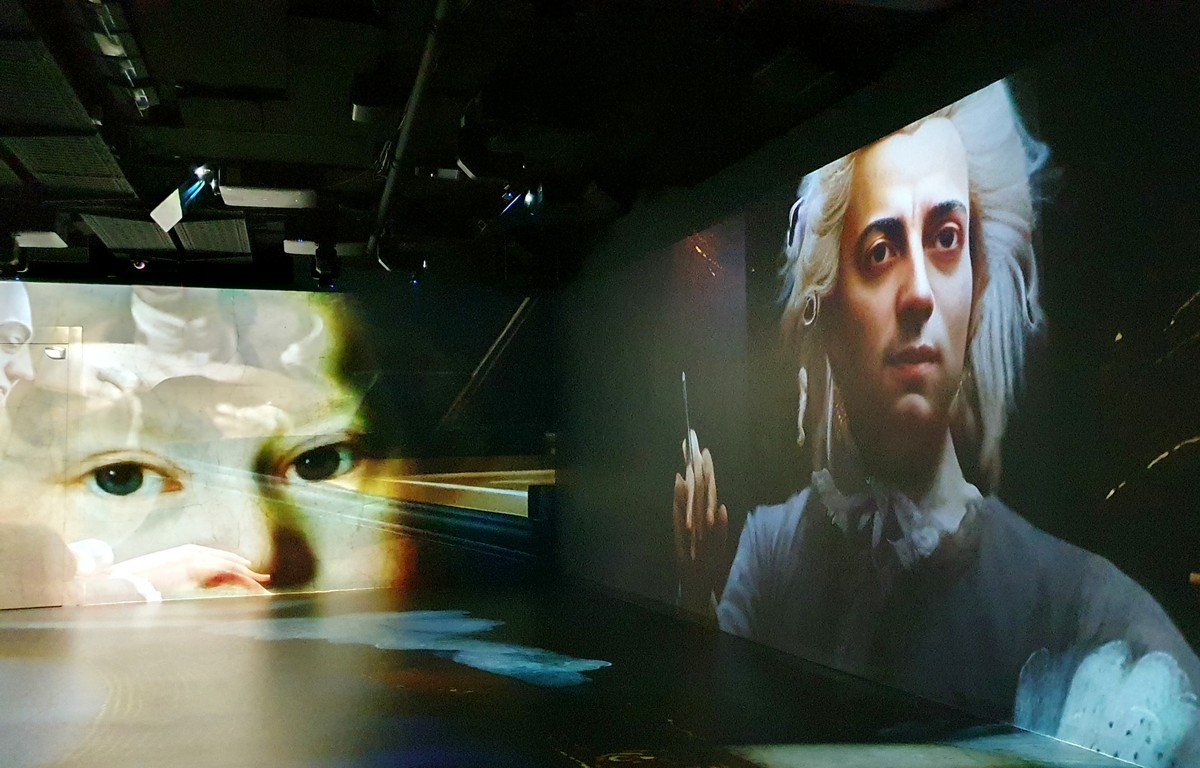 If you want more information about Mozart and places in Vienna and Salzburg associated with him, read my blog articles:

By the way, the opera The Magic Flute is full of Masonic symbols. The house where Mozart spent the last year of his life was entered from the street Rauhensteingasse. In those days as today, the entrance to the Viennese Masonic Grand Lodge, of which Mozart was also a member, is located exactly opposite. But that’s another story… 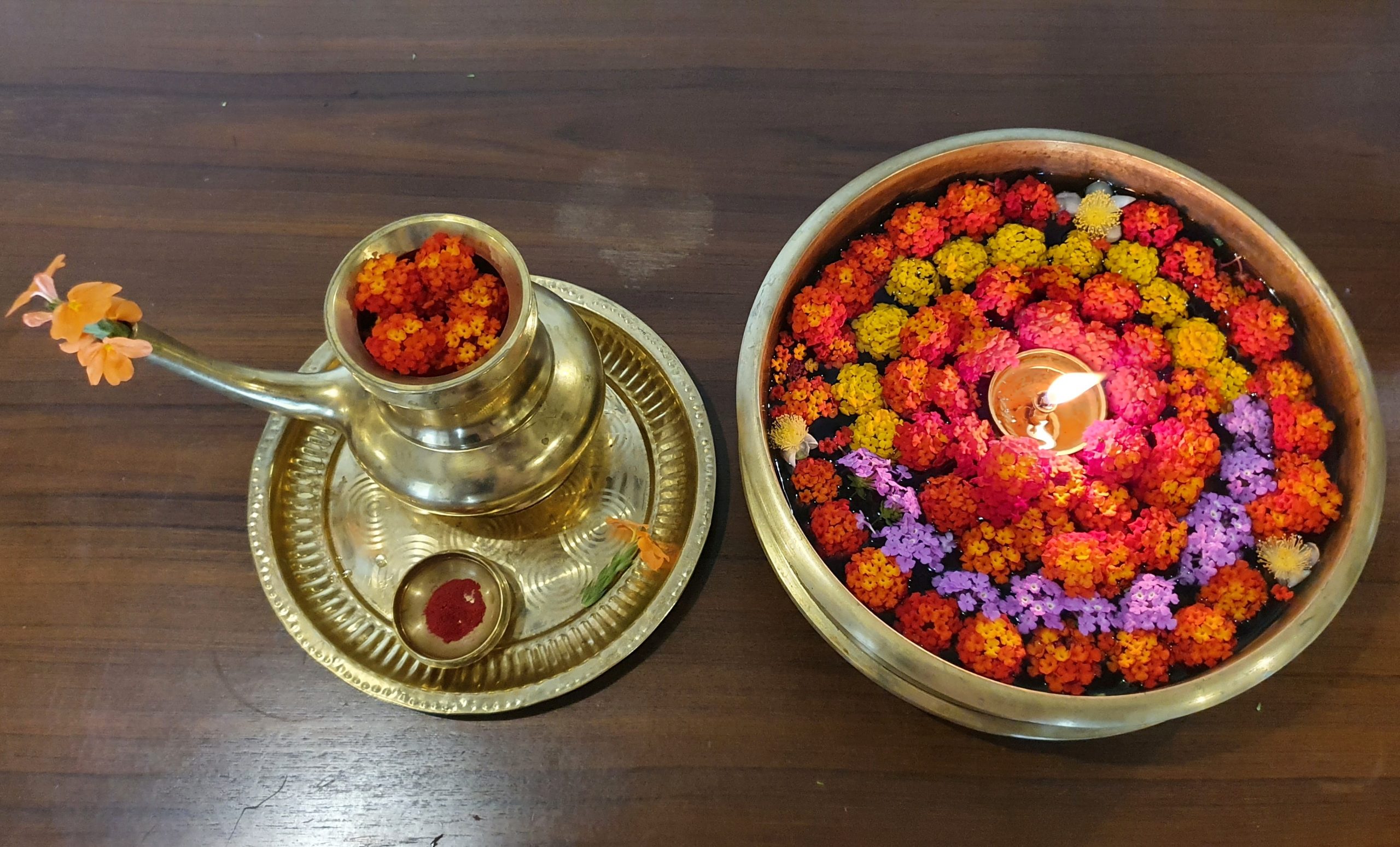 Jeevess Ayurvedic Resort – A Place to Reset Your Mind and Body 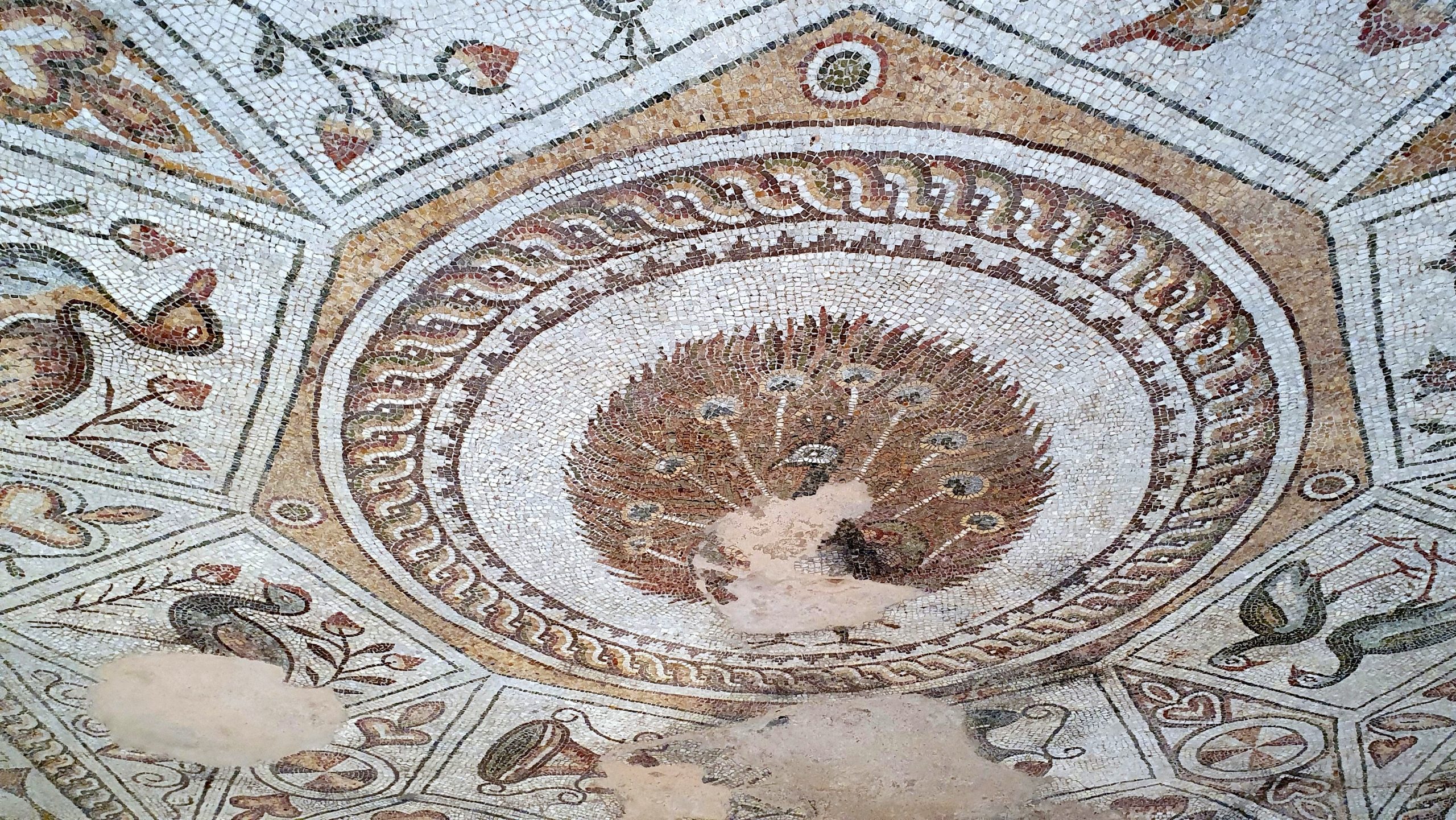