The unique region of ​​Zell am See – Kaprun in the Austrian state of Salzburg is a combination of three fascinating natural attractions – mountains, lakes and glaciers. A massive glacier covered the Kaprun Valley 14,000 years ago. It was slowly moving down into the valley, and due to the deep erosion of the riverbed and banks, as well as the transporting and accumulating of various solid parts, a gorge was formed in its western part. 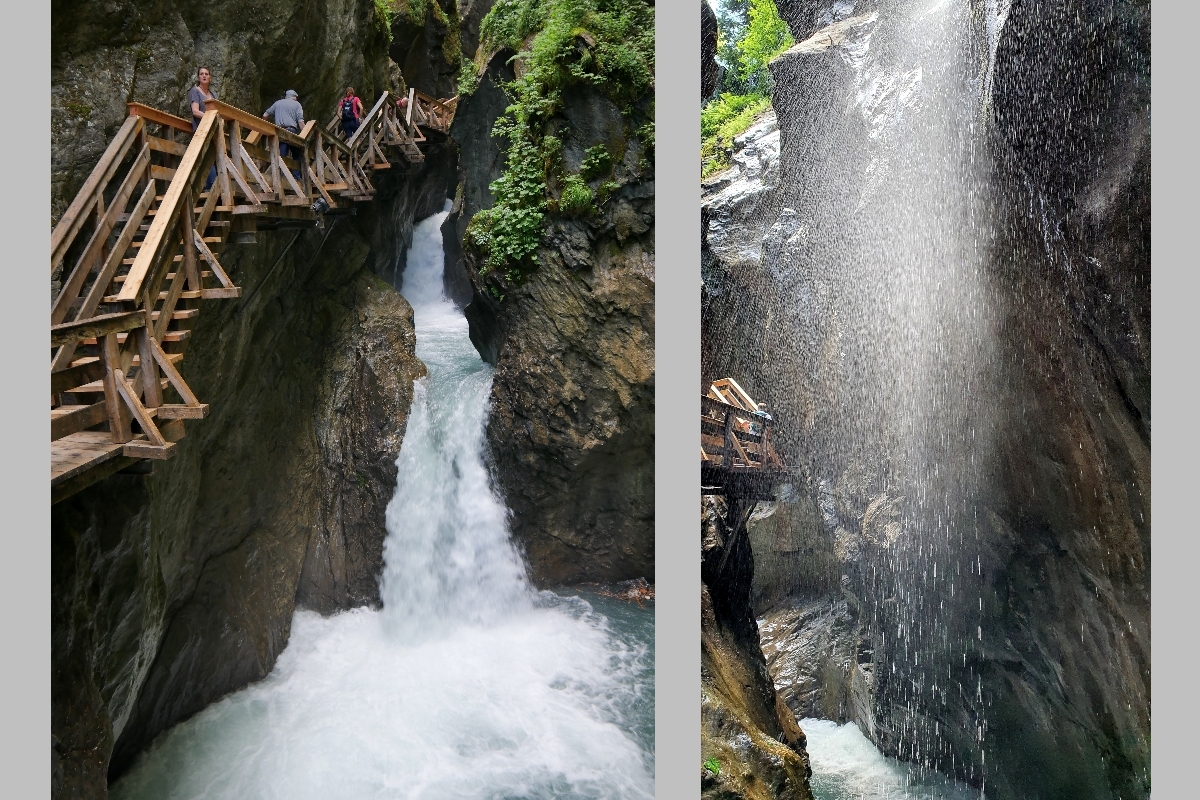 Even today, the Kapruner Ache River cuts its way through up to 30 meters high rocks. The gorge is 320 meters long. Turbulent masses of water are falling down in several waterfalls on smooth rock walls that shine in the rays of the sun. The water is crushed into small drops and then collected in deep swirling basins. 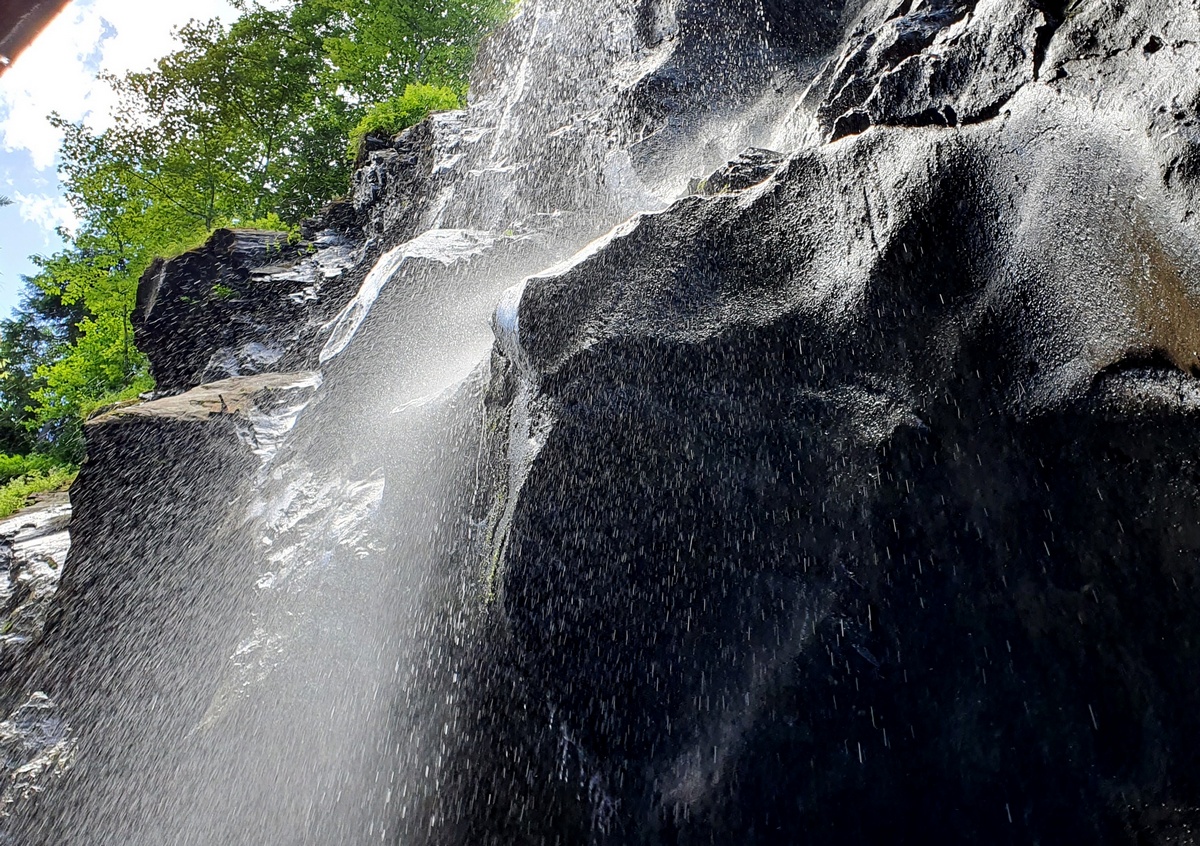 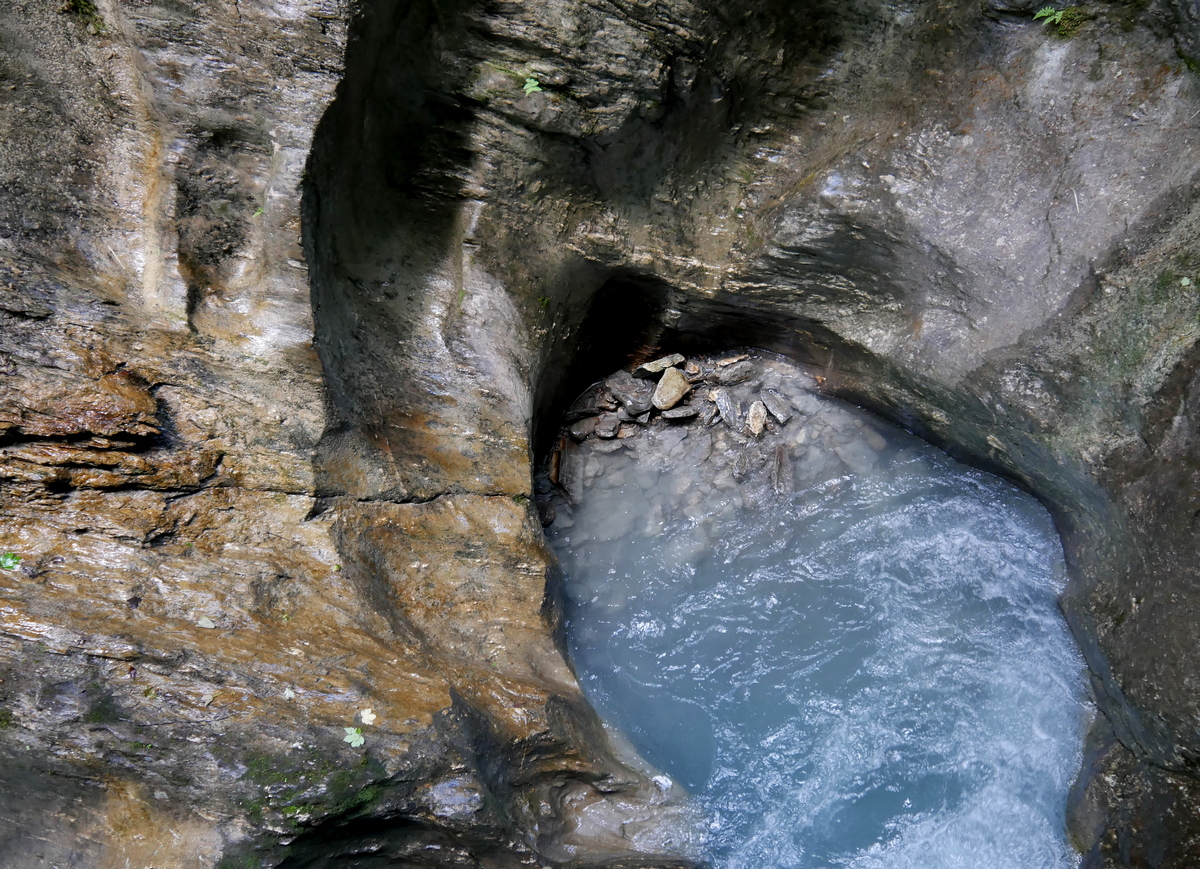 Like us, Sigmund Thun, the governor of Moravia and later Salzburg, was also astonished by this demonstration of the power of the water during his first visit to Klamm. His words are well known: “Roaring and powerful, the torrent rushes towards us.” The gorge was then named after him. In 1893, it was opened to the public and in 1934, the gully was declared a natural monument. Before the war, however, the area was closed and had to wait until it reopened to the public in 1992. 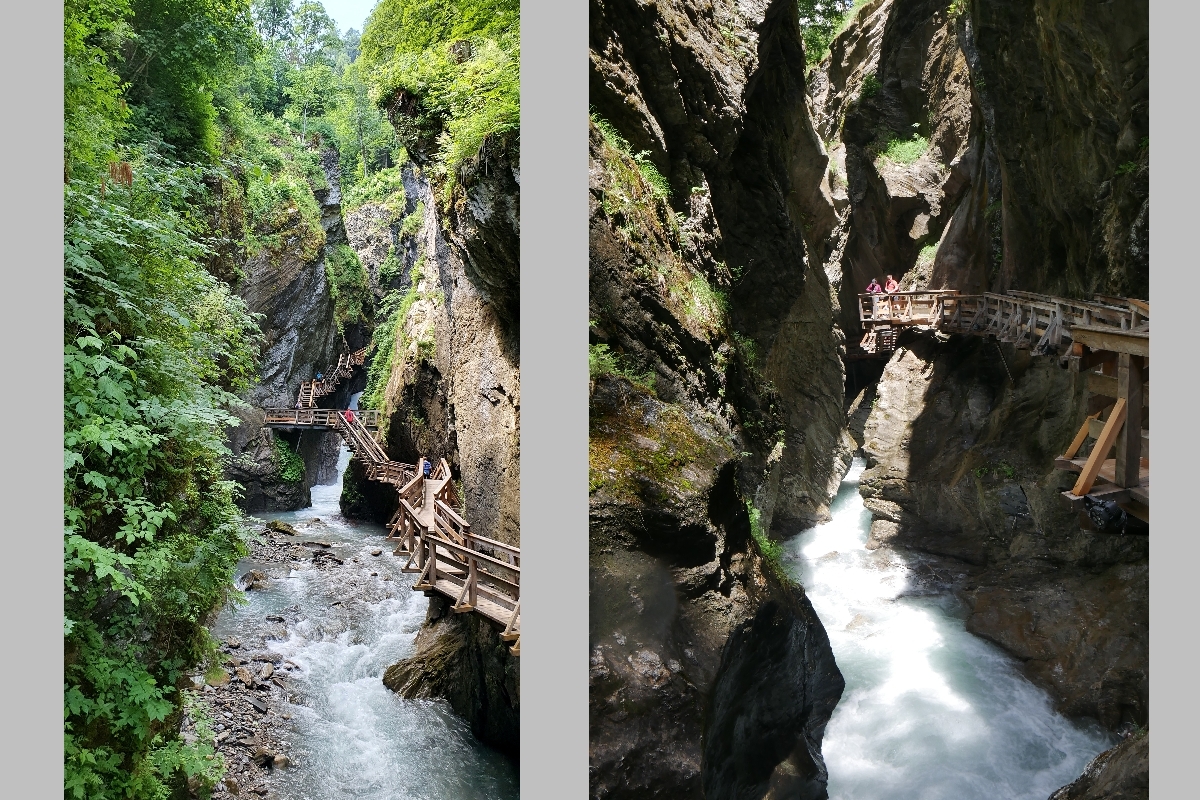 Today, this natural attraction is a popular trip destination also for families with children. Sigmund Thun Klamm is open from mid-May to the end of October. Practical information in English, opening hours and entrance fees can be found: here 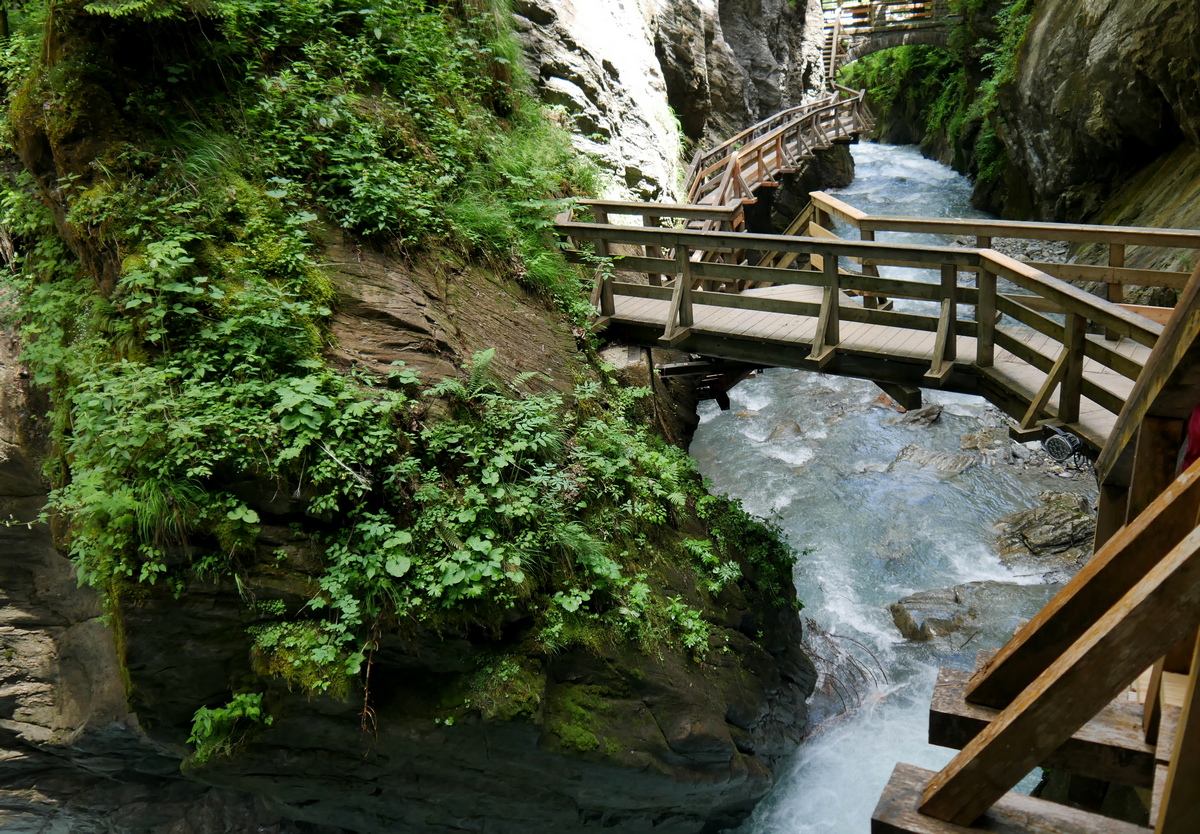 The boisterous natural element can be observed from safe, solid wooden walkways with 263 steps. Don’t forget to tilt your head from time to time, especially in the narrowest places, you are happy to see at least a piece of blue sky above you. 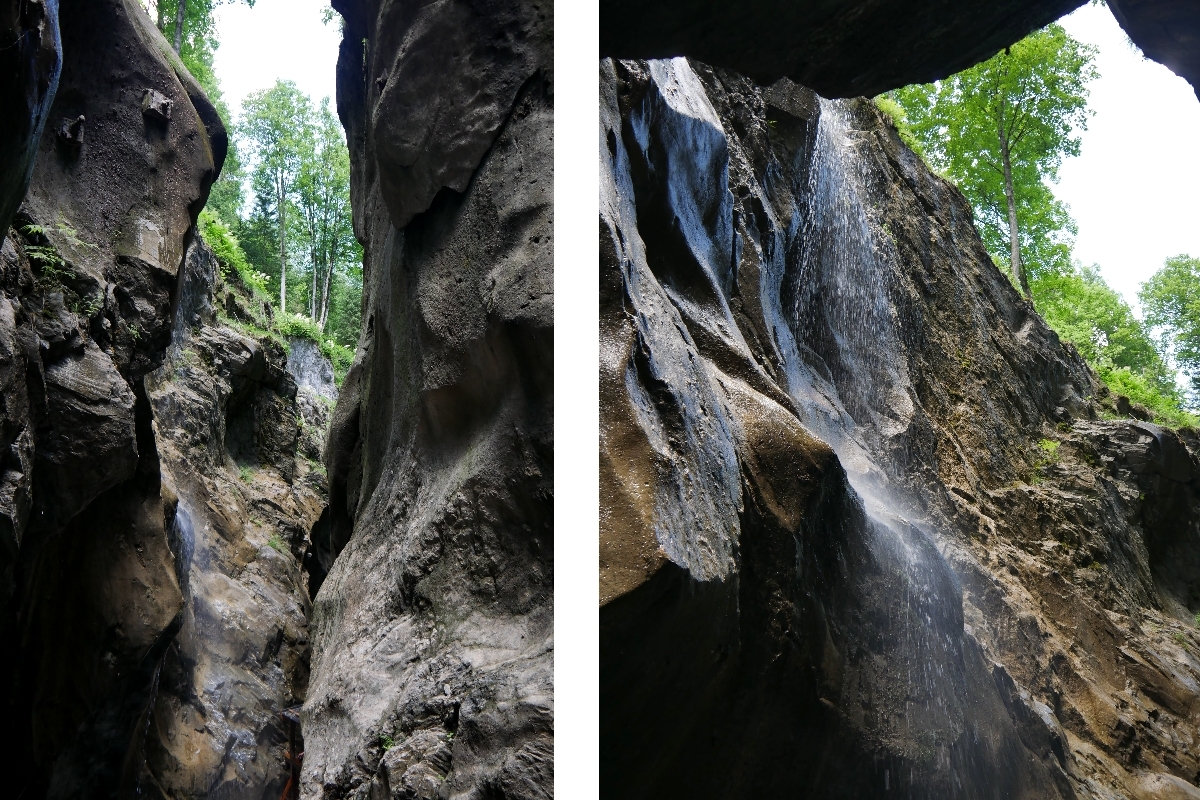 In some places the water ground the rocks into strange formations – in one place, you can see the pensive face of a Gorge Ghost, while in some other place, a witch is staring at you with her mouth open. You will definitely not miss them, information signs will warn you about them.

If that’s not enough for you, you can take part in a night tour when the gorge is illuminated by colored lights, which multiplies its mystical atmosphere even more. Dates of such events: here

At the end of the gorge – as an unexpected surprise – there is a 19-meter-high dam wall in front of you. Thousands of glistening streams of water flow so neatly that you seem to see a huge lace veil. 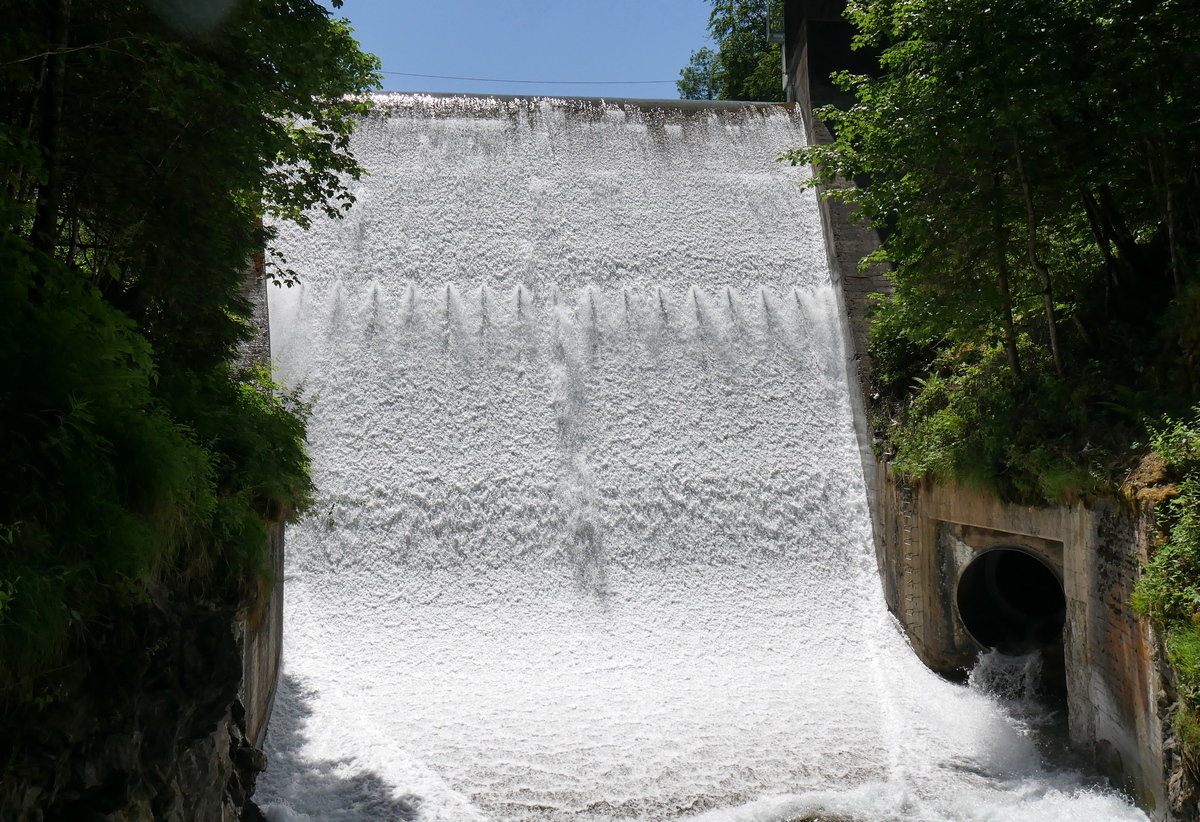 On top of the wall, two different worlds meet – flowing water, which with each meter down begins to gain in strength and pace, while up – the incredibly calm greenish surface of Lake Klamm. 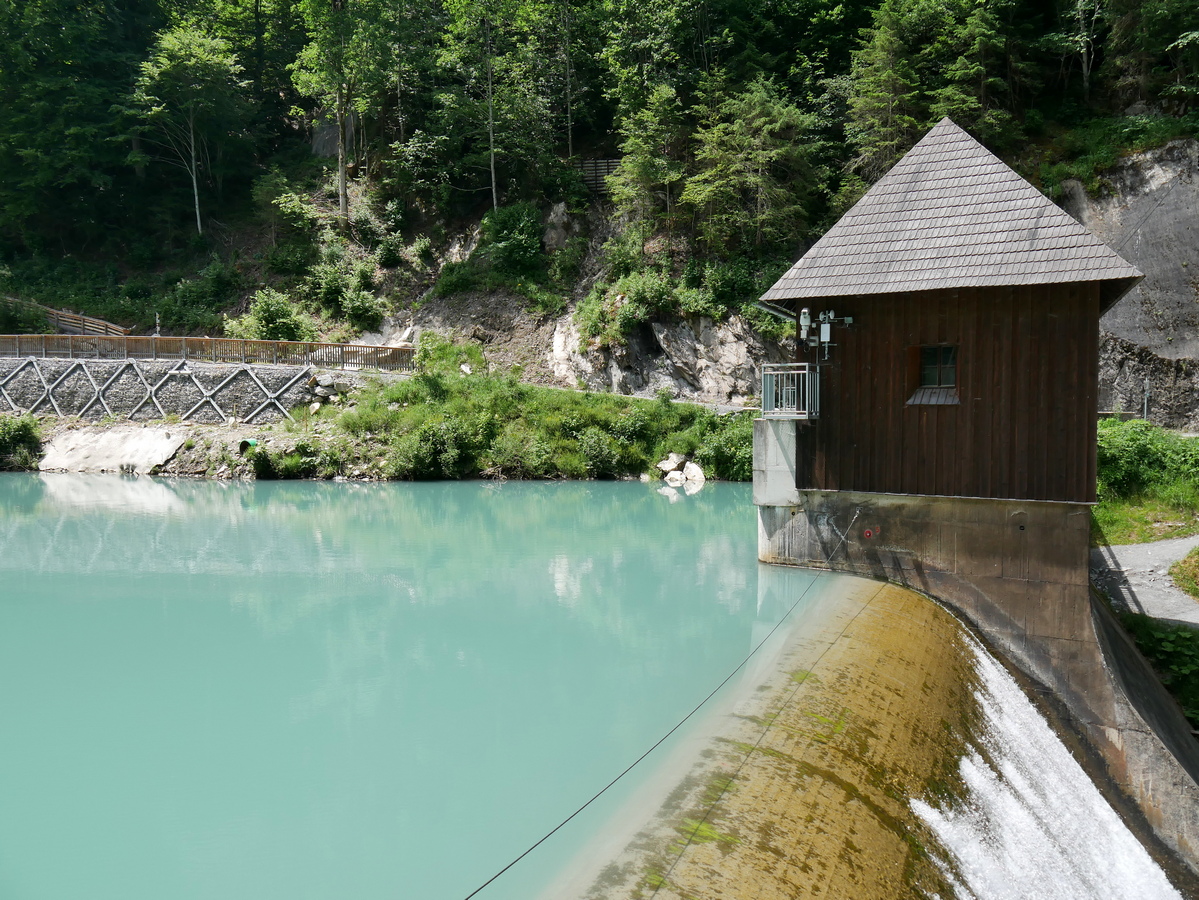 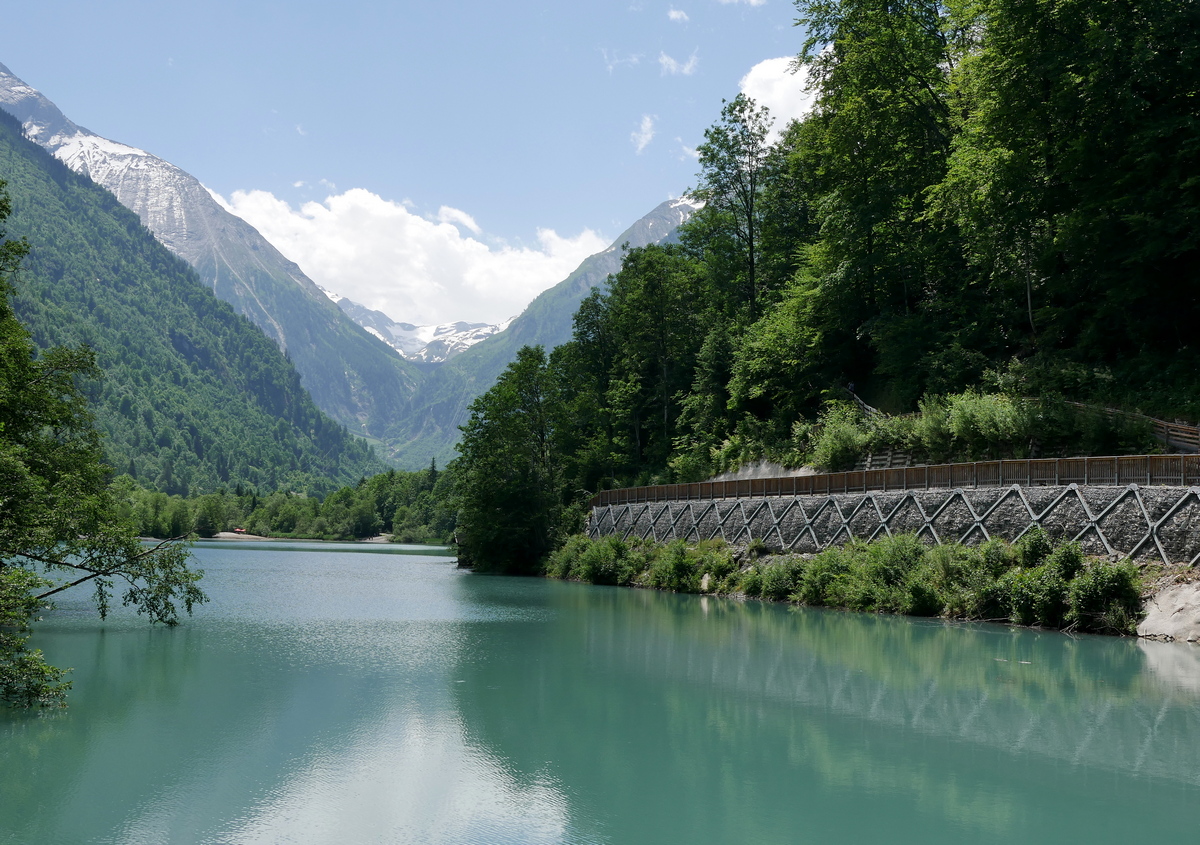 I recommend climbing the Bürgkogel hill on ​​the (easy) hiking trail. Along the way, we plucked some sweet wild strawberries, smelled charming three-colored violets and admired the delicate creamy-white flowers of Aruncus dioicus, known as goat’s beard or more aptly: bride’s feathers. 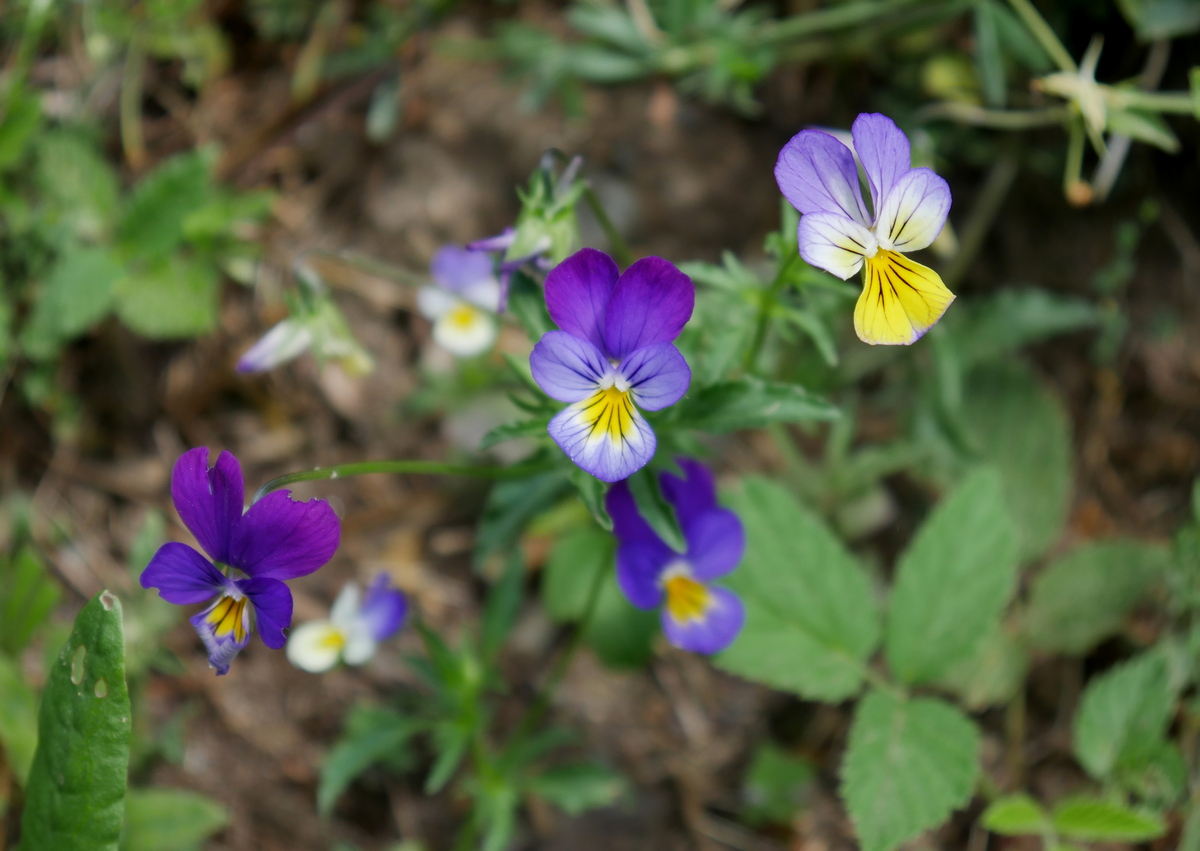 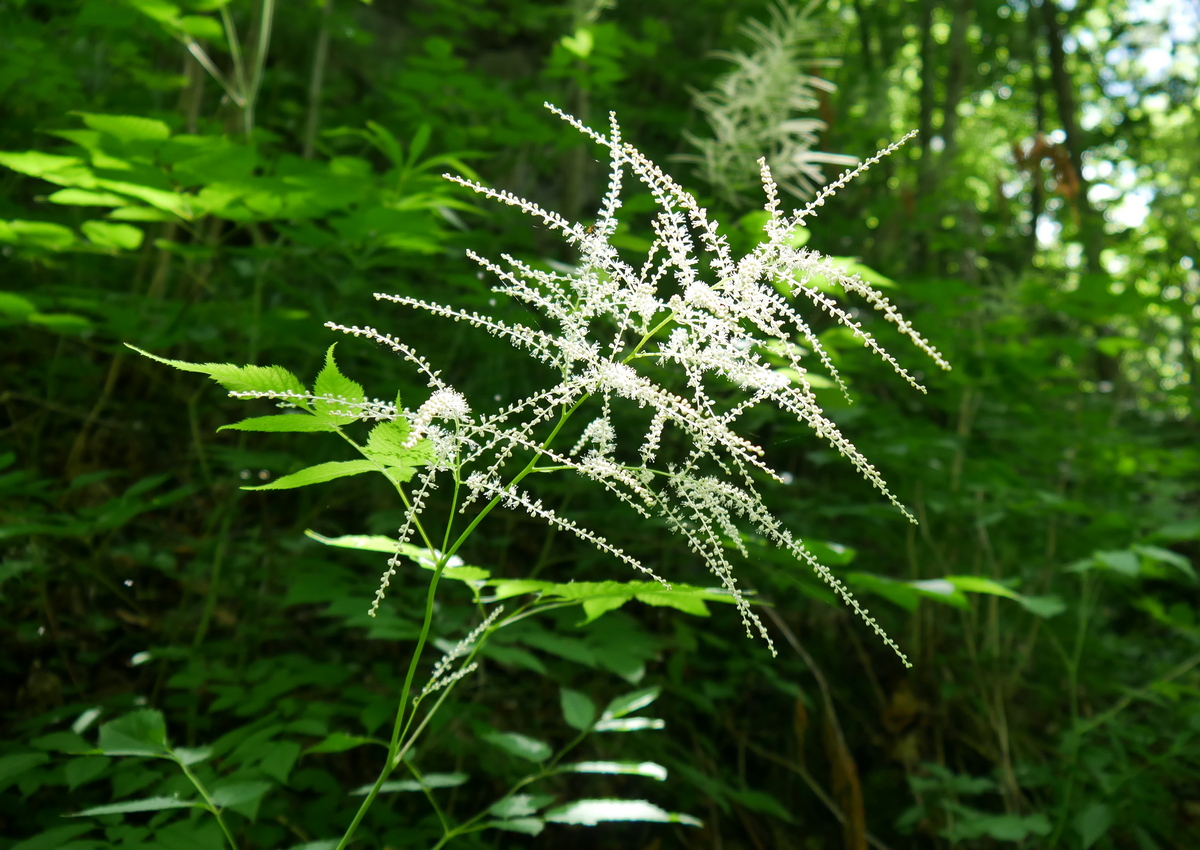 On the hill, an idyllic view of the lake in the background with majestic alpine hills revealed in front of us. 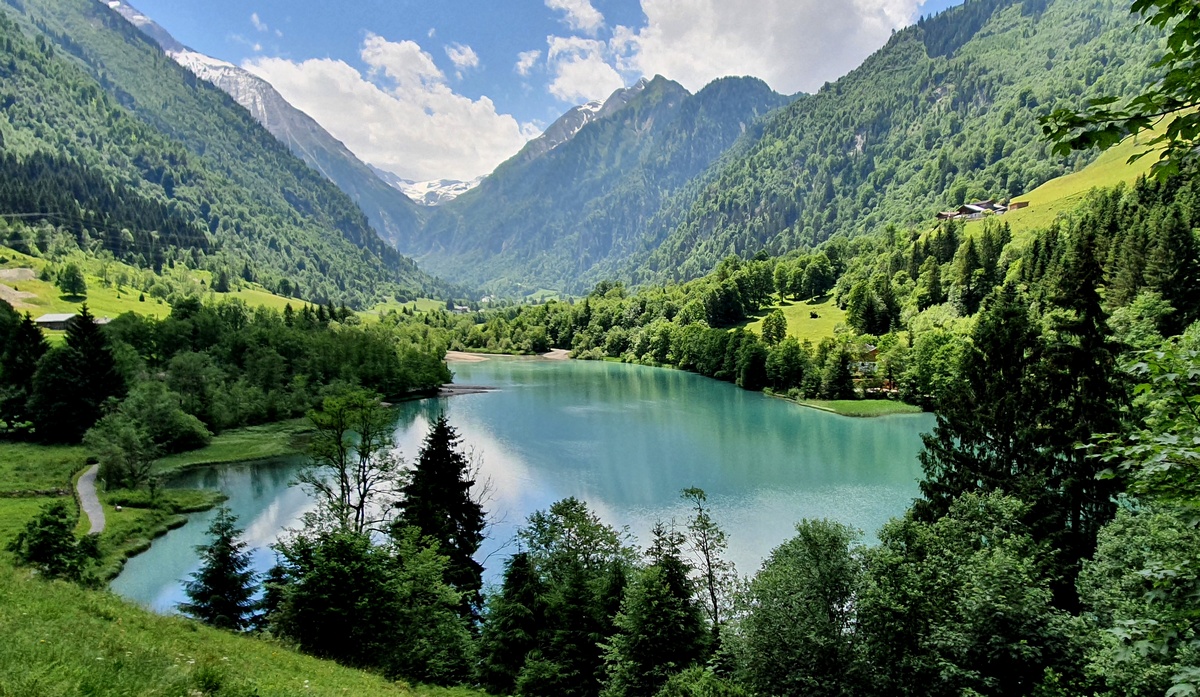 We came here at the beginning of the summer, only a few people were swimming, others were just sitting on the shore, watching the calm surface of the lake and still full of impressions from the incredibly roaring water, enjoying the whole amazing natural scenery… 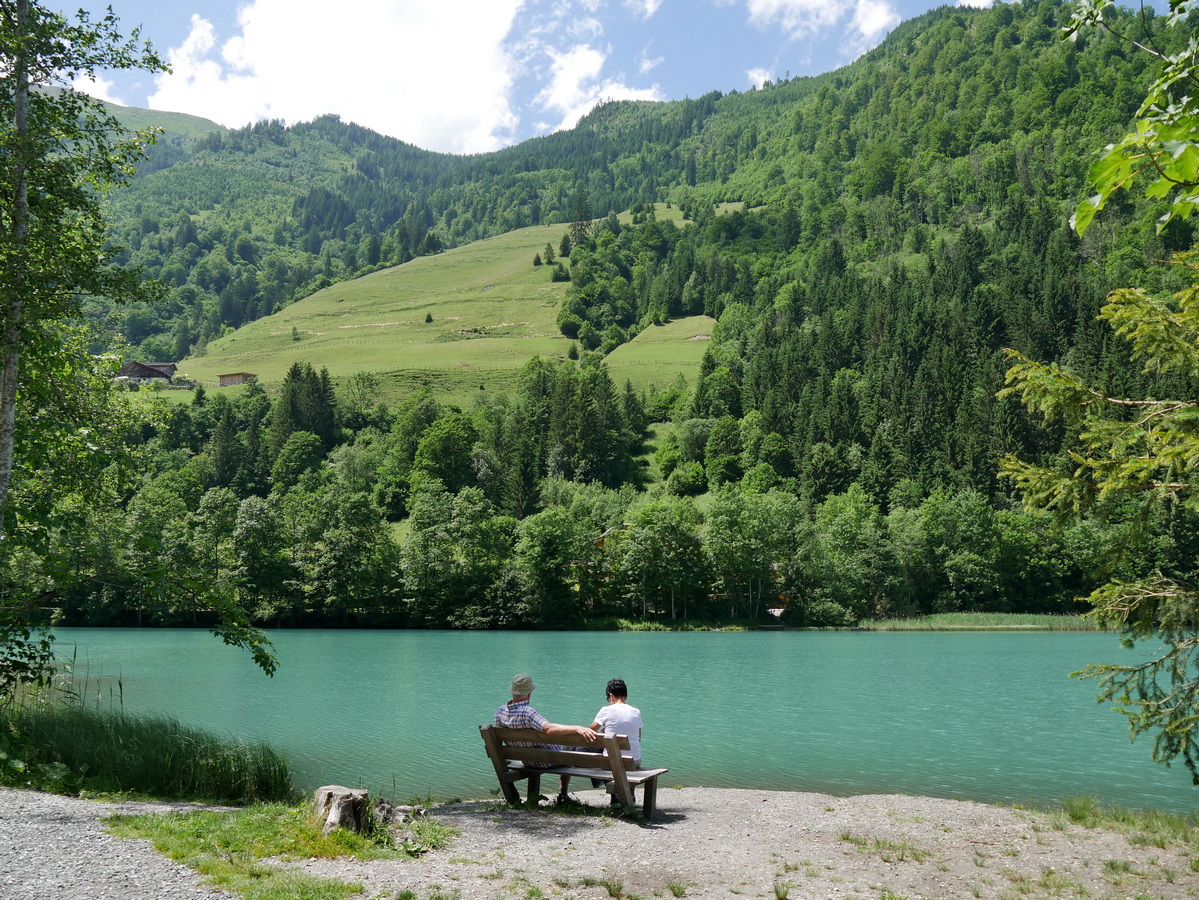 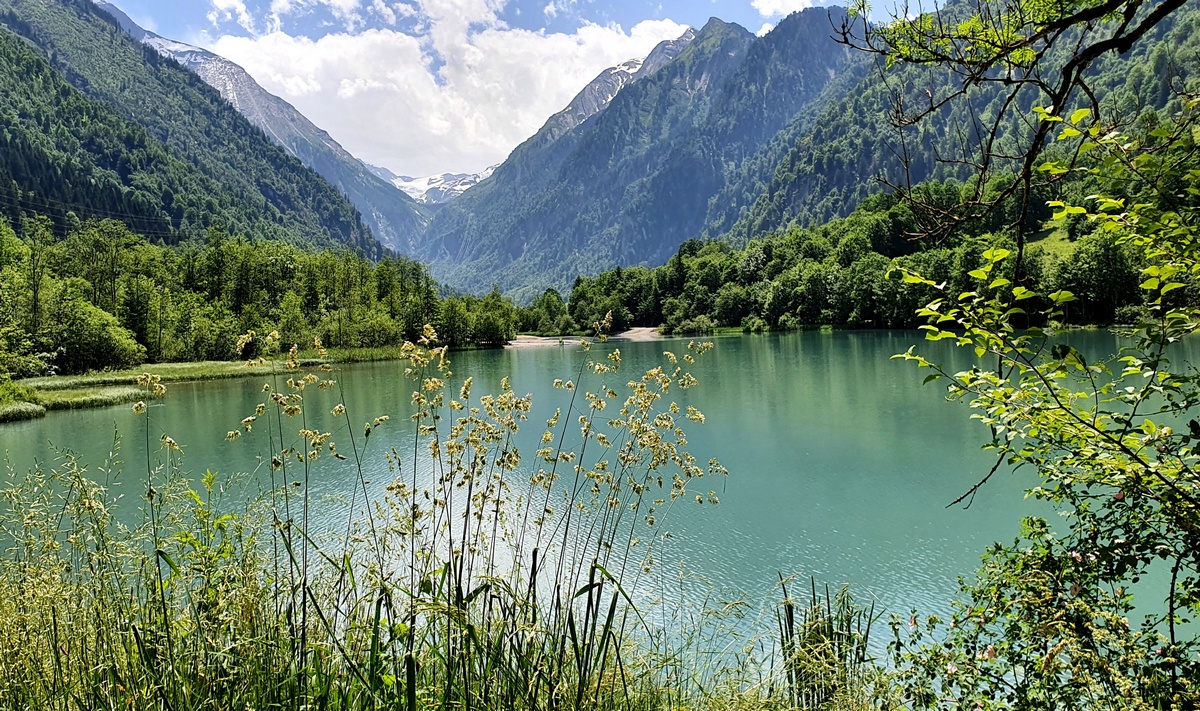 More information about this region: here 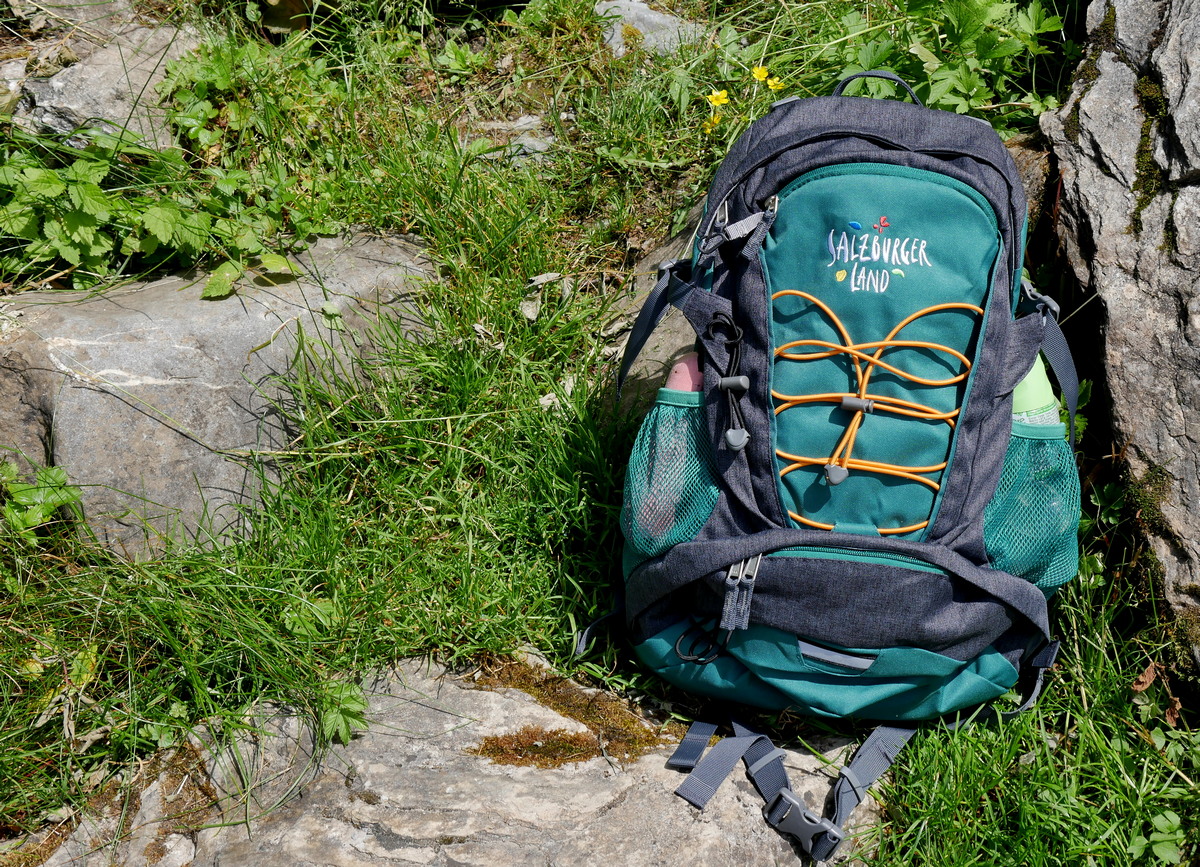 Thanks to SalzburgerLand and Zell am See-Kaprun for inviting me to this interesting place. 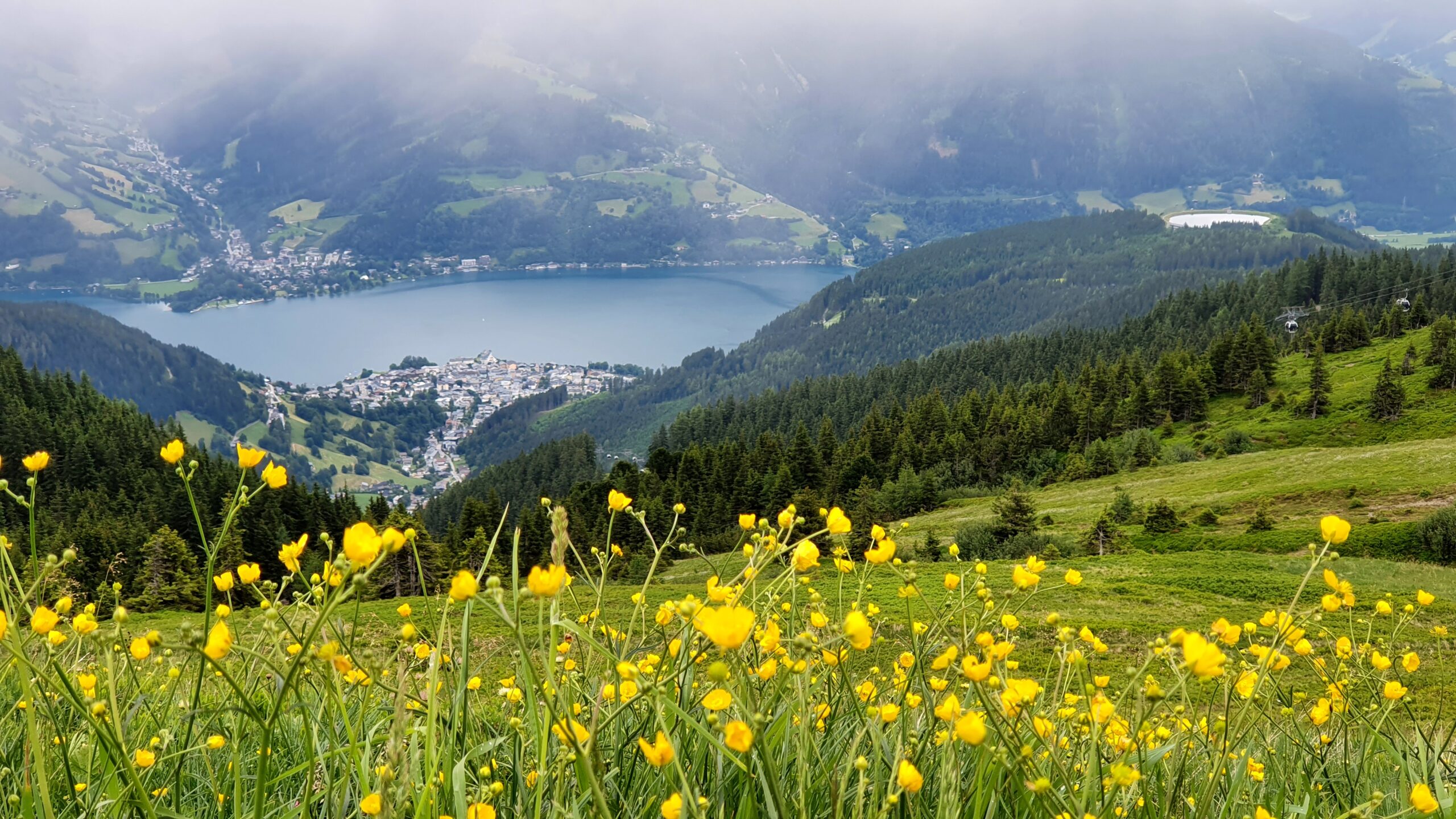 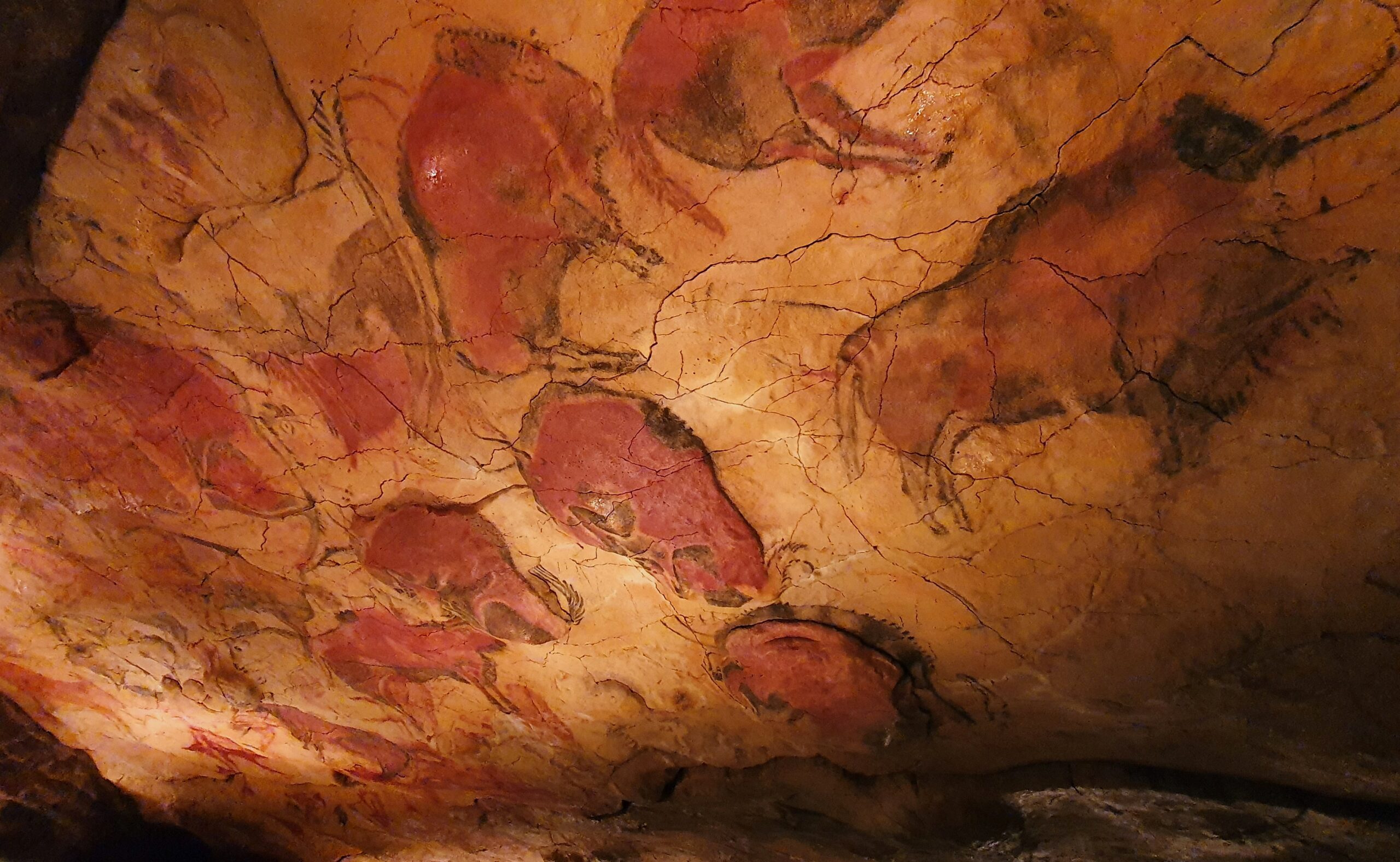 Cantabria - A Land of Thousands of Caves
Cave 1: Altamira - In the Art Gallery of Prehistoric Man