Have you seen the film Mary Poppins with Julia Andrews? For me it is one of the earliest memories, I remember exactly in which cinema I saw the film. I was a child and did not know at all that films are awarded with some golden statues. The film about the charming nanny got five of them. I was riveted by the movie. I suppose it was also thanks to the funny fellow Bert (played by Dick van Dyke) because after that I was obsessed with drawing chimney sweepers. But not only I was enthralled by this screever and chimney sweeper, after all his song Chim Chim Cher-ee won one of those five Oscars for “Best Song”.

Good luck will rub off when

Or blow me a kiss

And that’s lucky too

Though I spends me time

In the ashes and smoke

In this ‘ole wide world 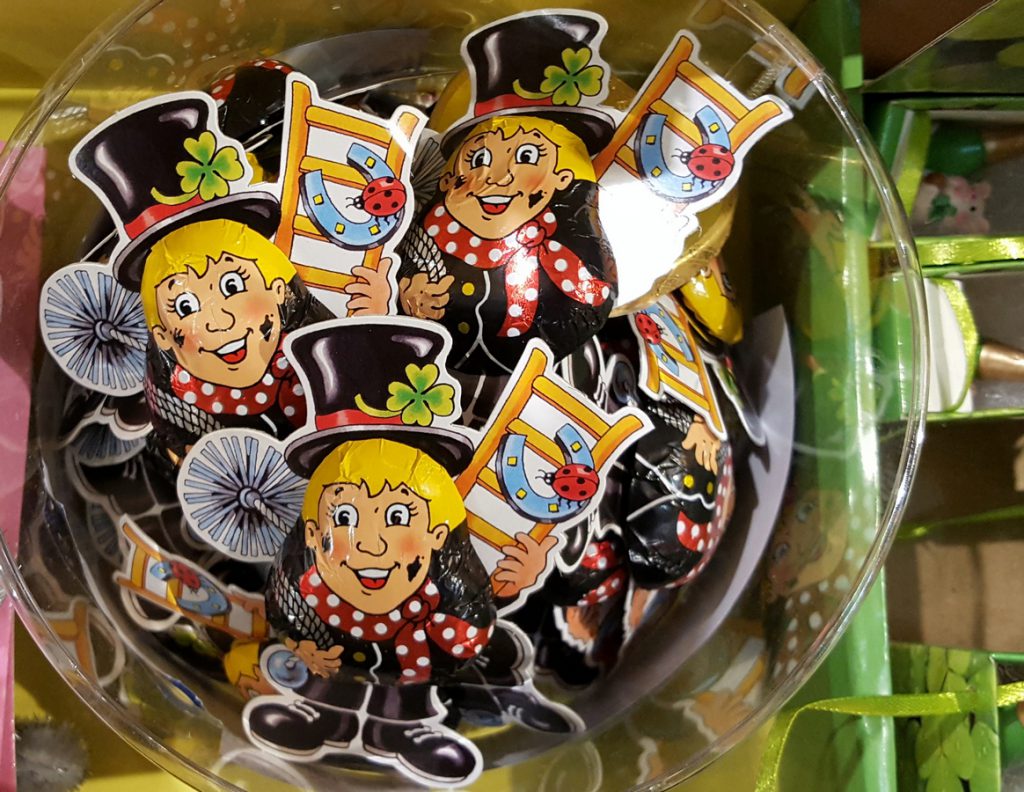 It used to really be a disaster if a chimney got clogged or had a bad draught. The only salvation was a chimney sweeper. When the housewife saw one on the street, she was very happy. The chimney sweeper cleaned the chimney and brought back peace into the house. Dancing flames in the oven brought warmth and safety and a warm meal could be cooked again. So we can say that the happiness returned in the house!

In Vienna, there is also a legend about a chimney sweeper who got into a shaft to clean a tiled stove in the palace of Schönbrunn. He witnessed a secret plot, informed the emperor about it and so saved his life. It is clear that a chimney sweeper brings good luck, even to an emperor! 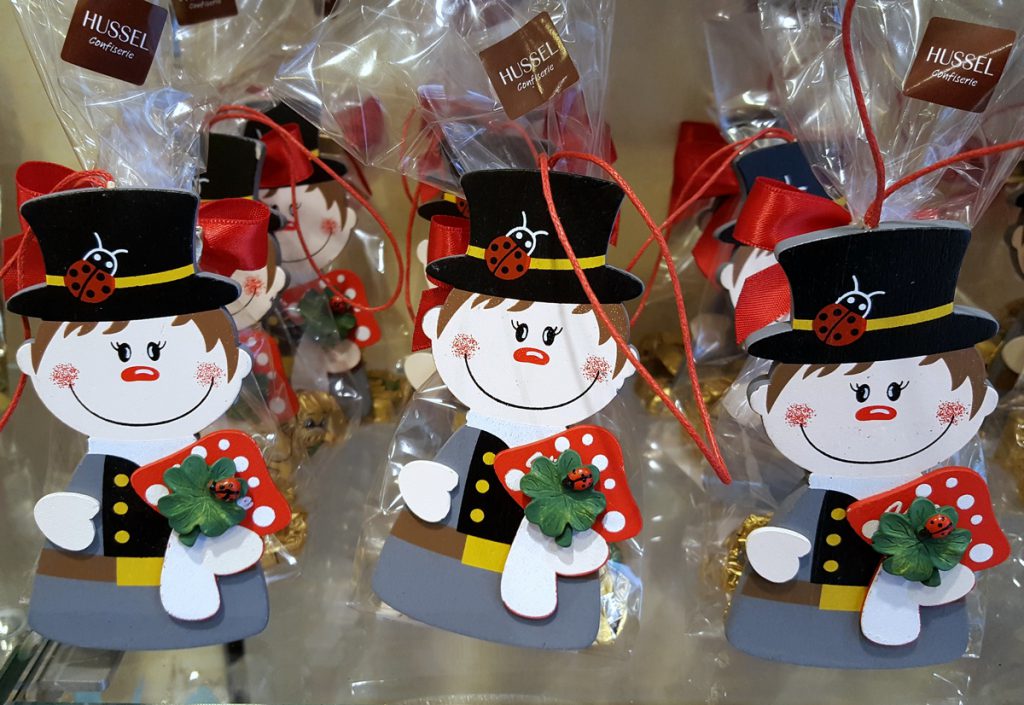 The chimney sweeping profession has a long tradition in Vienna. The city ordered in 1432 that chimneys have to be regularly controlled and cleaned. In 1512, emperor Maximilian I. awarded Hans from Milan the first chimney sweeper master concession. However, the first written reference in city archives about chimney sweeps is from 1447 – that is why you will find that year on the logo of the Viennese chimney sweepers.

The profession will not cease to exist. Today, there are 150 chimney sweepers in Vienna, even women are among them! The training lasts six years. They are still wearing traditional all-black clothing with a white cap, so you can recognize them on the street very easily. If you meet one, do not forget to grasp one of your buttons for luck! 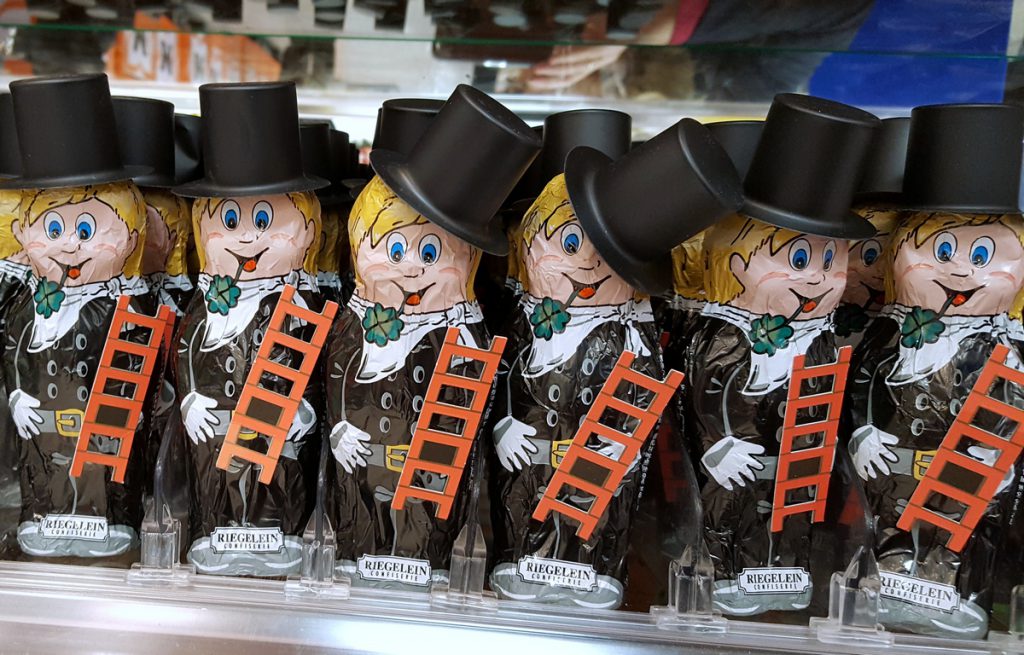 There is even a Chimney Sweeper Museum – in the 4th district in Vienna. There are exhibits of old equipment, ovens and tiled stoves, uniforms, different figures (including St. Florian – the patron of chimney sweepers), New Year postcards and good luck charms. 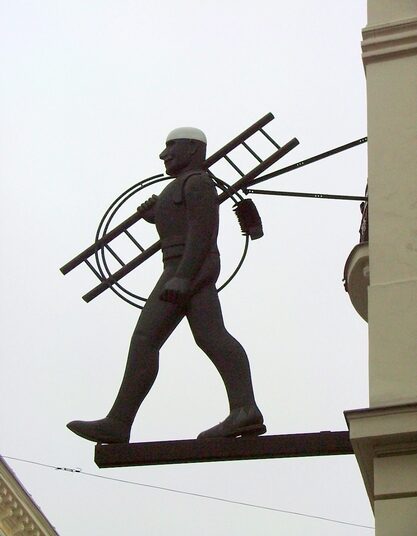 Every year, the museum opens on December 31st, for three hours. Visitors have a chance to clink glasses with a real chimney sweeper. In addition, during this time in the whole city of Vienna, you can buy different figures with a black suit and black cylinder made from marzipan, ceramic, plastic, chocolate and other materials which are given together with piglets, horse-shoes, ladybugs, four-leaf clovers, mushrooms and other lucky symbols.

And that chimney sweepers have fun as well, you can see it in this video where a group of jovial fellows celebrate the end of their workday singing, dancing and stepping onto the town roofs: 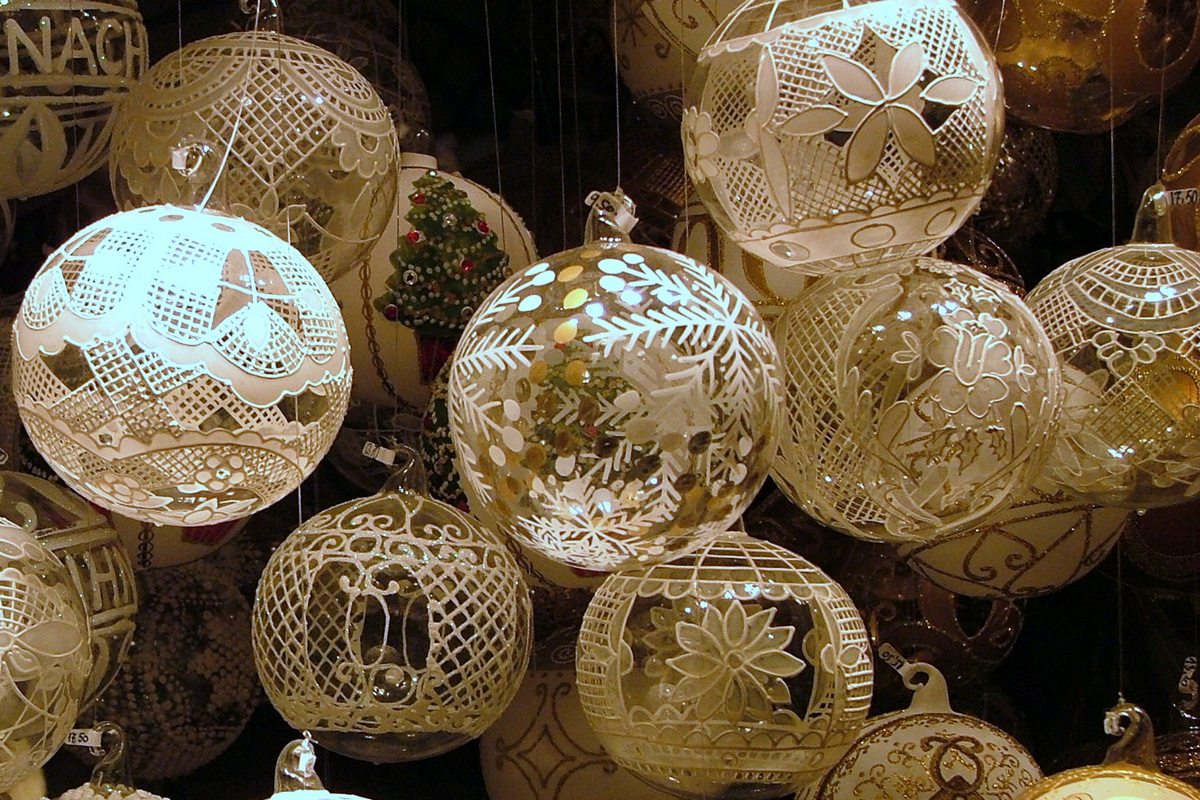 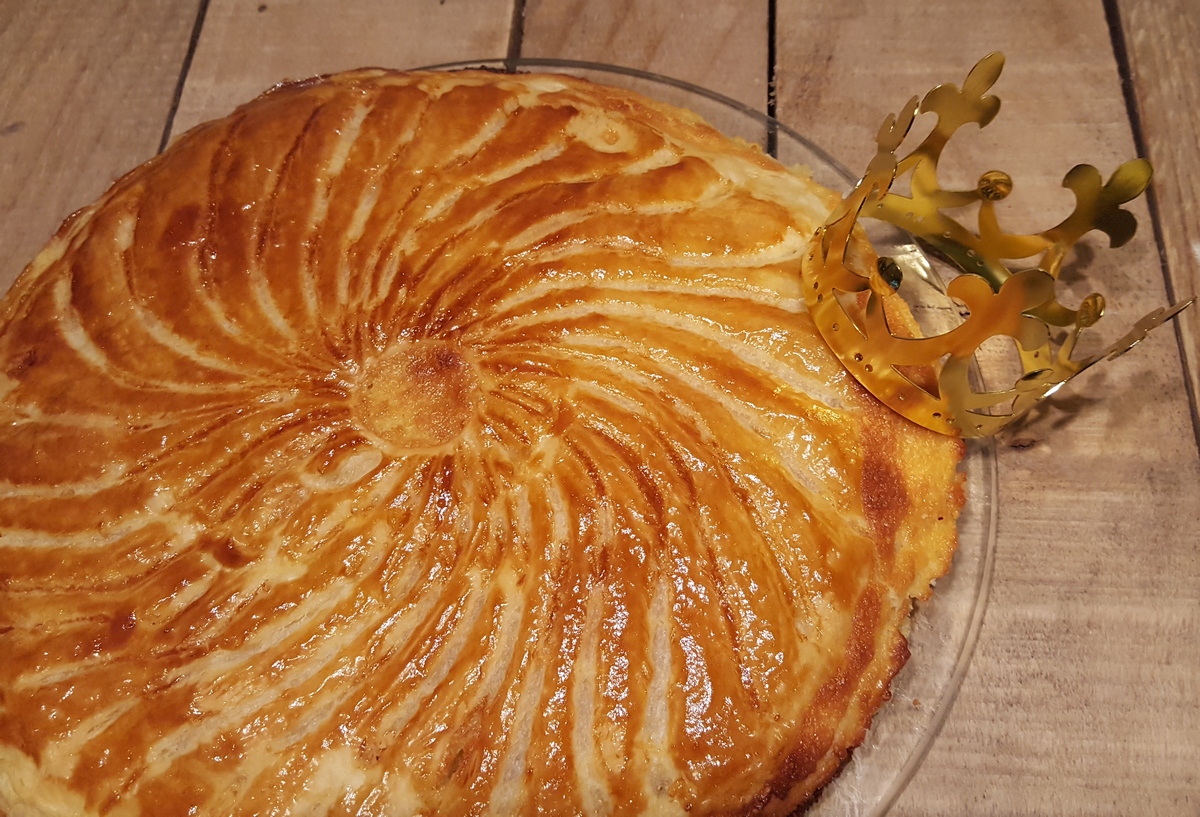