by Ingrid
in Portugal, Spain, TRAVEL
0

I often go back to my trip to Portugal with my friend Zita. One of the highlights of that trip was the visit to three pilgrimage sites – Fátima and Braga in Portugal and Santiago de Compostela in Spain. According to Wikipedia, pilgrims visit these places to commemorate a miracle or a place of birth or death of a saint. Pilgrimages are known from the era of early Christianity, especially to the Holy Land, later to several other places in Europe, such as Lourdes or Medjugorje, or even in other parts of the world (Guadalupe in Mexico). Other religions instruct journeys to holy places as well, the pilgrimage to Mecca is even one of the five pillars of Islam. Hindu pilgrimage sites are usually connected with sacred rivers, mostly where the rivers spring or flow into another river.
Each of the three places of Christian pilgrimage we visited has a totally different atmosphere. 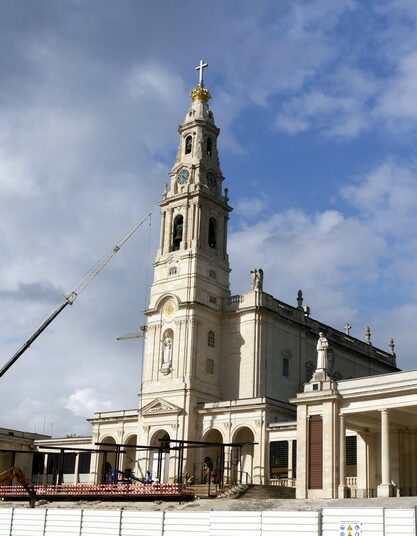 The Basilica of Our Lady of the Rosary was under reconstruction during our visit. They are preparing for the important jubilee in 2017 – it will be 100 years since the appearance of the Virgin Mary. However, we did not mind that the church was closed, as every half-hour, there was a mass held in different languages in the small Chapel of the Apparitions. The chapel even better resembled the simple circumstances of the three local children Lúcia and her cousins Francisco and Jacinta who on 13 May 1917, while guarding their sheep, witnessed an apparition of a supernatural being dressed in white – the Lady of the Rosary. 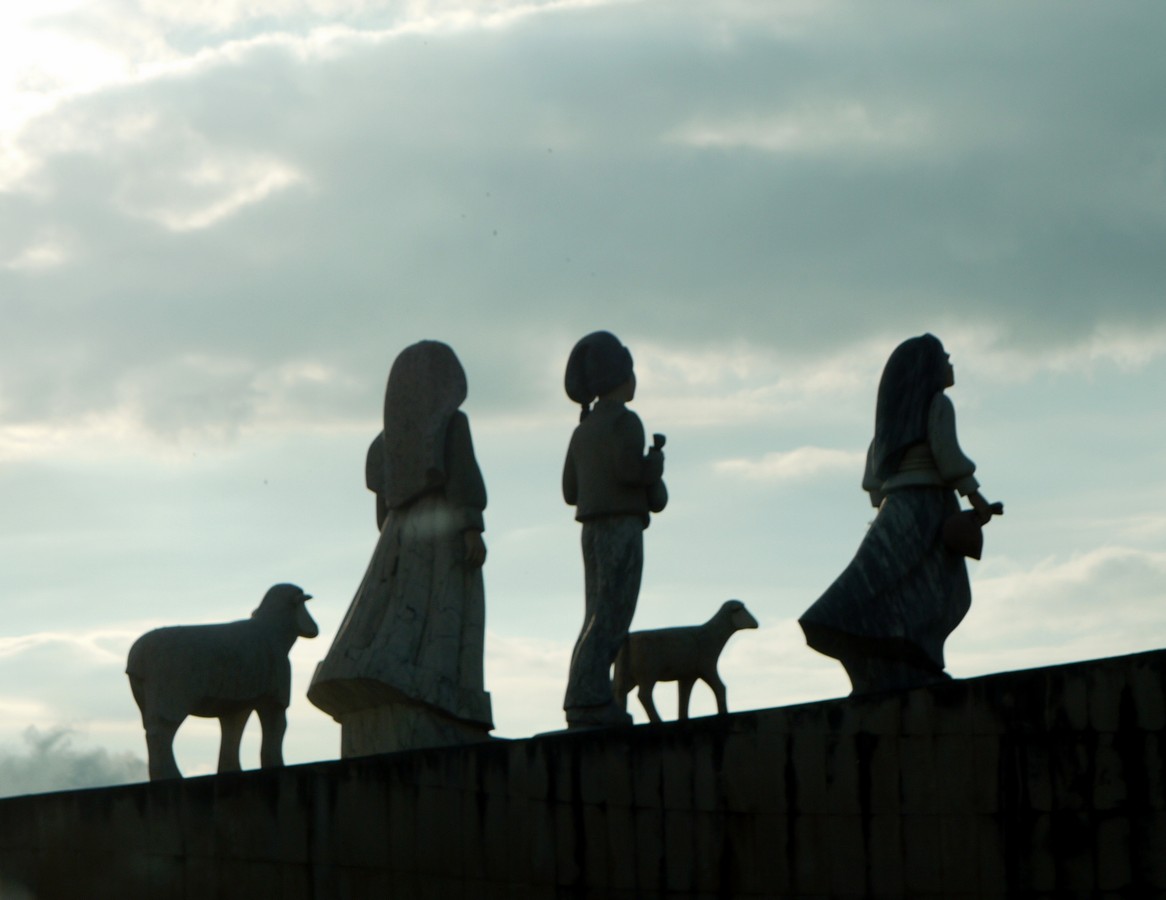 I am sure that pilgrimage places are full of energy. Every year ten thousands pilgrims (Fátima has a population of 7,500 residents only) are gathering here, on the huge open space Cova da Iria. Although we could see only small groups, the whole place gave us the impression of an oasis of peace, humbleness and contemplation. Nobody was stressed, nobody tried to persuade anybody of his truth and nobody tried to impose any religious books on anybody. There was a pleasant healing silence here as if an invisible coat had been spread over the pilgrims to protect and quieten them at the same time. What’s more, it was not necessary to be a believer. This place has become a magnet for anyone who wants to gain spiritual energy for everyday life problems at this hectic time, in the flood of negative news, war conflicts and terrorist crimes. People who gave priority to a prayer gathered in the chapel, others walked on their knees along the 300-meter sidewalk of pleas. Some of them brought wax replicas of a stomach, legs, hands or a baby… It was obvious what they wanted to pray for. And they will come back again in their deep humbleness when their pleas will be answered… 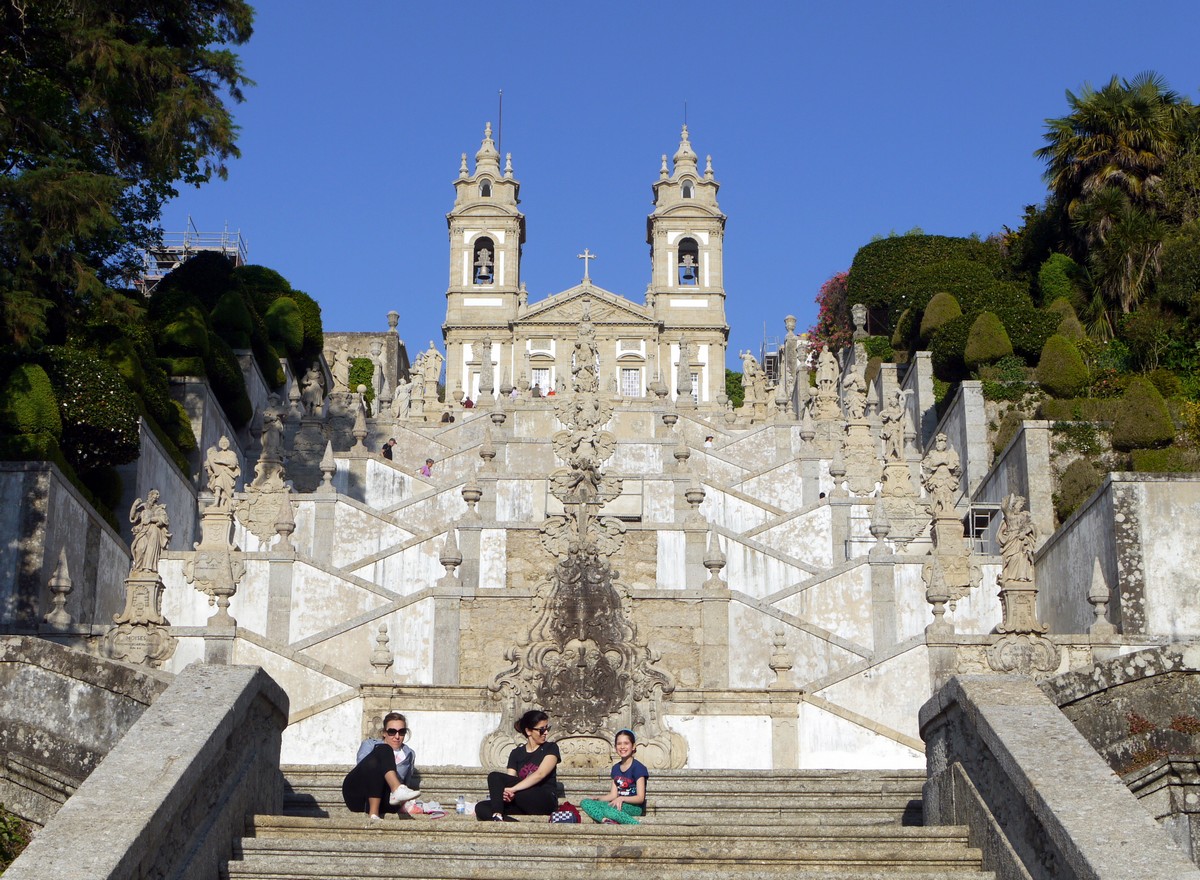 Braga is the second most important pilgrimage site in Portugal, not so known, it is visited mostly by local people. Because of many monasteries, churches and other sacral monuments, it is often compared to Rome. The sanctuary Bom Jesus do Monte (Good Jesus of the Mount) is situated on a hill outside the city. 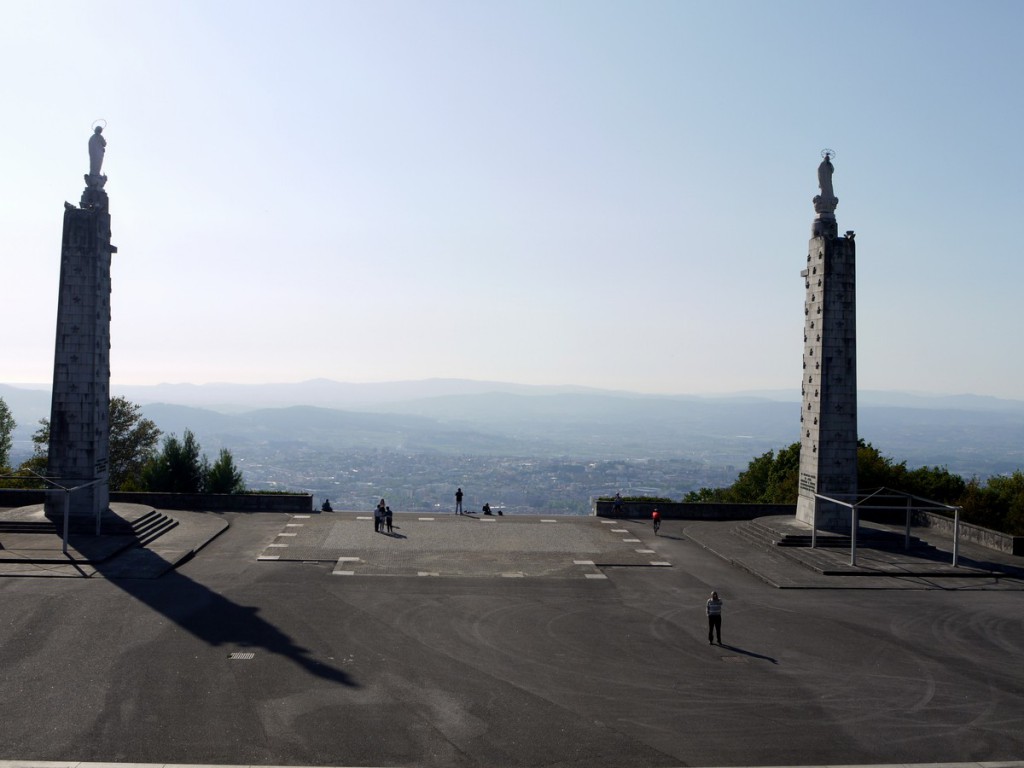 A monumental baroque stairway with 600 stairs, allegoric statues and chapels lead up to the church. There is a figural relief with a small fountain on every floor. 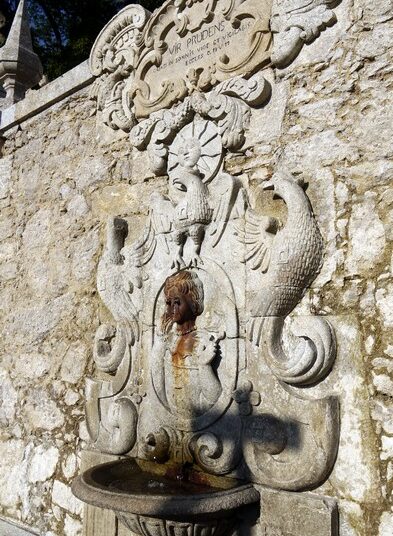 Passing sportsmen filled their bottles with water and accordingly to the part of the relief from where the water flows, they smeared their eyes, lips or hands with it. After this short break, they again continued their run or jogged upstairs to the sanctuary, where they entered the church without hesitating despite their tight short leggings and sweat-drenched T-shirts and silently prayed or lit a candle for someone they loved. At first, I did a double-take, but actually why not? Why not combine sport activities with a moment of humbleness and memory? Why not, at least for a while, try to forget about the world around us, slow down in silent meditation and finding harmony between our body and our soul? At that moment it does not matter how we are dressed. Suddenly, I understood why people say about Portuguese believers that they consider their Santo (saint) as their Compadre (friend) who does not punish but who is listening and understanding. Portuguese faith is neither dogmatic nor fanatically orthodox, but human and joyful. People celebrate holidays dancing, singing and reciting the rosary at the same time. 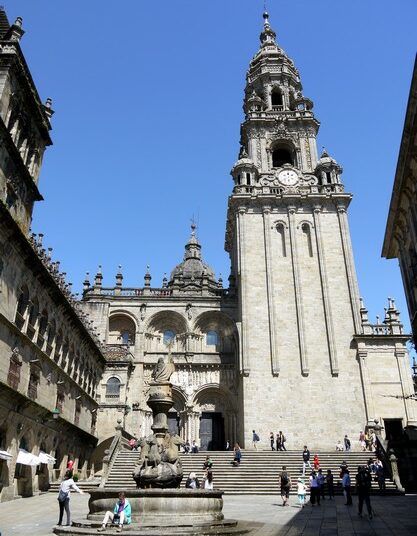 Besides Jerusalem and Rome, Santiago in Spain is the third most important destination for Catholic pilgrims. We also visited the cathedral and the shrine of Saint James, one of the twelve apostles of Jesus. Pilgrims were hugging a big statue, which stands behind the main altar. It was touching but I preferred to watch a group of young people who – coming out of the catacombs – embraced their leader who hanged a scallop shell – the emblem of St James – around their necks. They seemed tired but there were joy and relief in their eyes. I was persuaded that some more crusaders for the good combat and right values were let out into the world. I was really ashamed that I was brought to Santiago comfortable by car. I sincerely envied those young people their journey – the Camino de Santiago, the pilgrimage on which you should get control above material things, find the courage to change your life, stereotypes or at least make an effort for your spiritual growth and a more responsible attitude to your life. Along the Camino you can find yellow arrows and scallop shells – painted on stones, trees, traffic signs… everywhere. Every pilgrim should find his true path with their help. Moreover, he/she should achieve his/her goal: as Paulo Coelho writes in his novel The Pilgrimage – he/she should come to the cognition that we are all carrying our way, truth and life in our hearts. 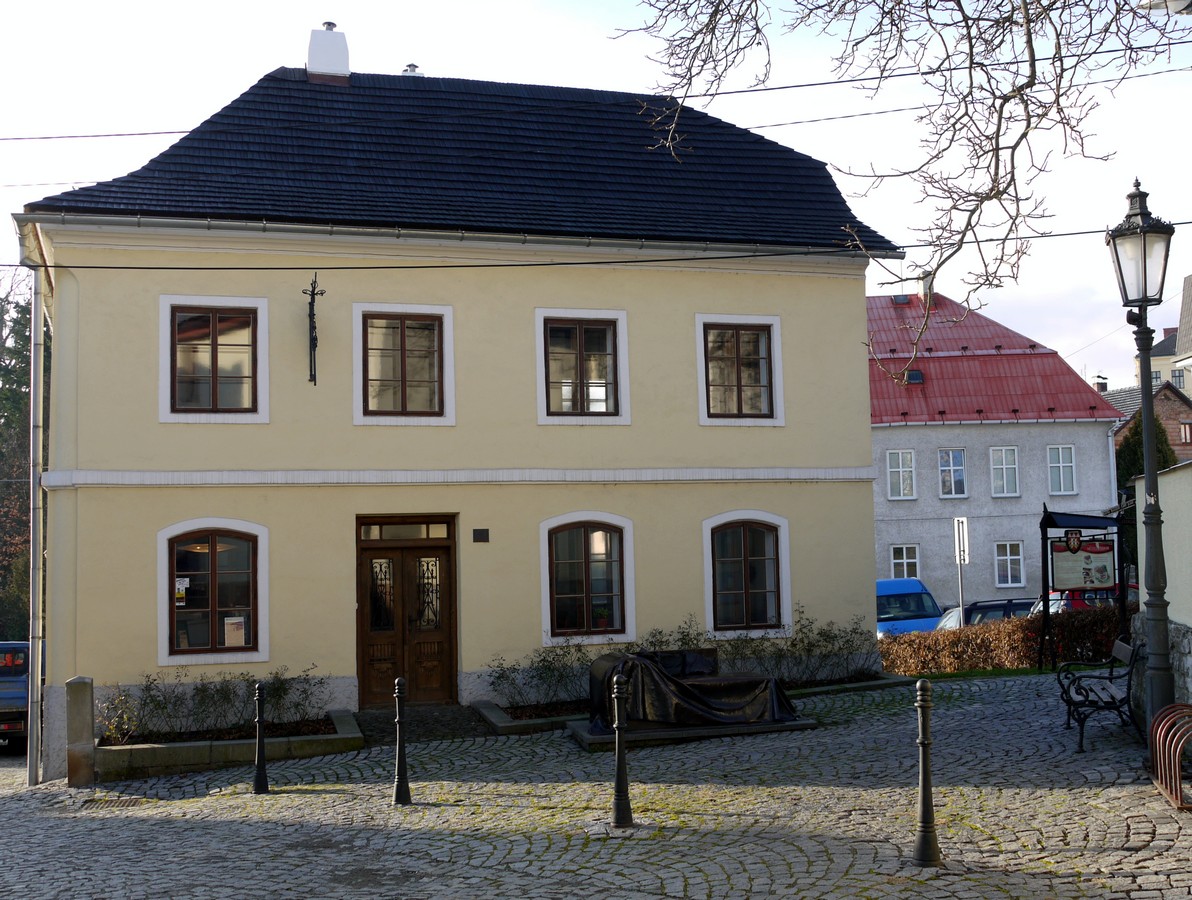 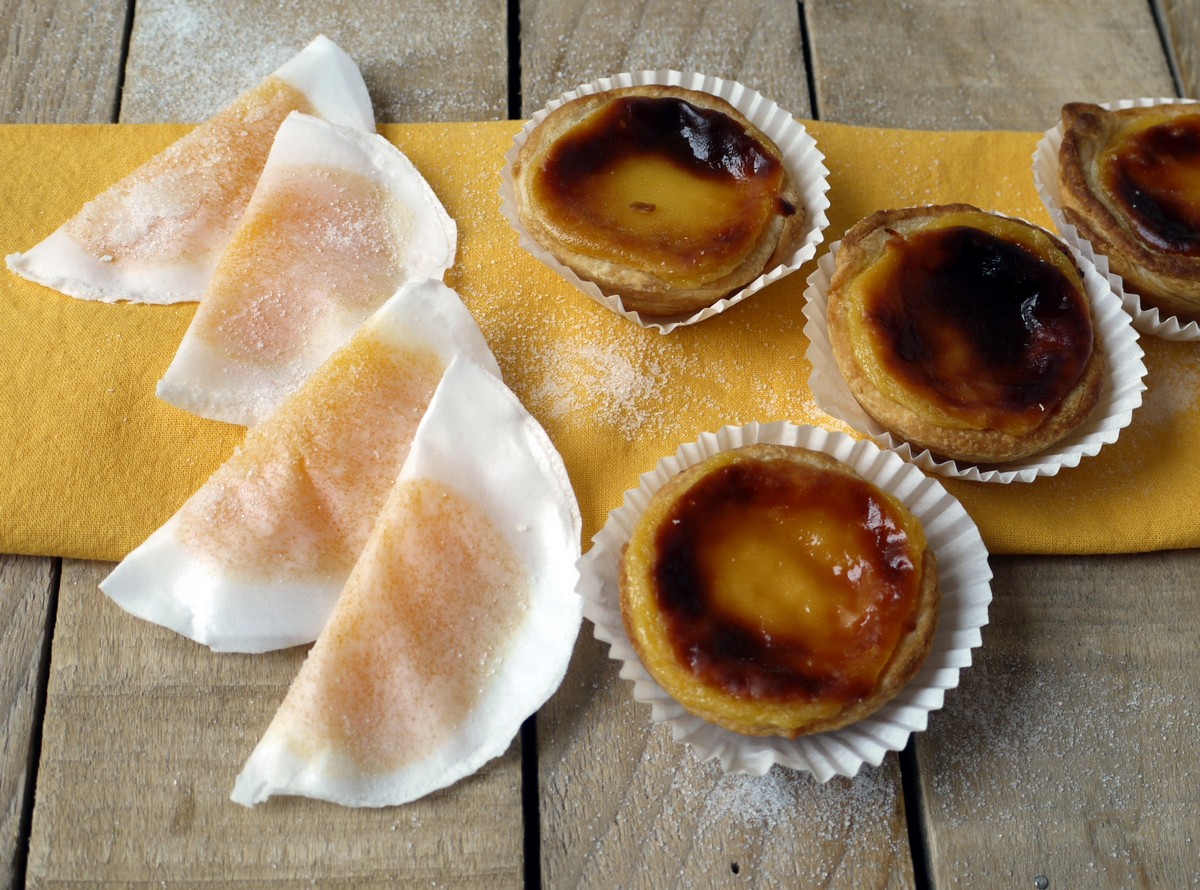