by Robert
in France, TRAVEL
0

Even the most attractive tourist destinations hide some secrets that tourists do not know or notice at first sight. We will try to introduce some of them. Let‘s start travelling around such places in Paris!

1. A Trace of the Railway Station at d’Orsay Museum 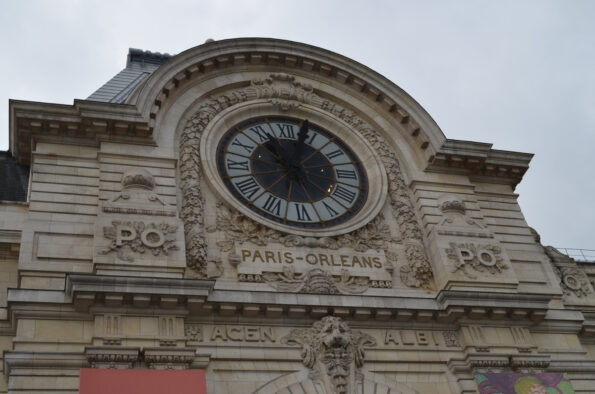 One of the most beautiful museums in Paris, the Musée d’Orsay, stands on the ruins of a station and a former palace, named after Parisian counsellor Charles Boucher d’Orsay. The station building was owned by Compagnie du chemin de fer de Paris à Orléans. The company closed in 1934, leaving an inscription under the clock of the museum and the initials PO, which can be found also on some other buildings within the 7790 km long railway network.

2. The Stands of the Bukanists 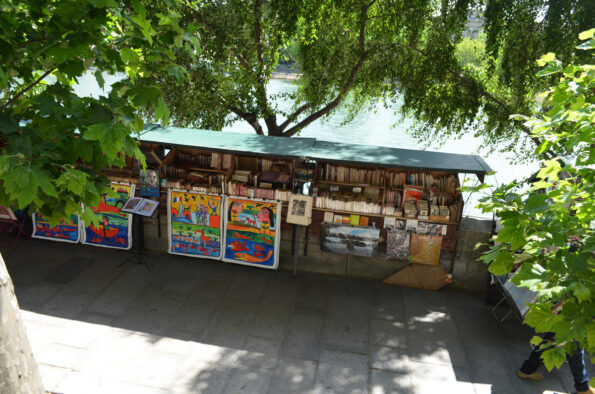 The centuries-old atmosphere of the banks of Siena near Notre Dame in Paris include street sellers of books, magazines, posters and postcards – bukinists – or Les Bouquinistes – as it is written in the Académie Française Dictionary from 1789. Their stands are licensed and have a precise size since 1993. A closed stand must be 2 m wide, is allowed to extend no more than 60 cm above the Seine and 35 cm to the street. An open stand must not be higher than 2.10 m above the ground.

3. Ceramic Traces of the Metro Of Paris Builders 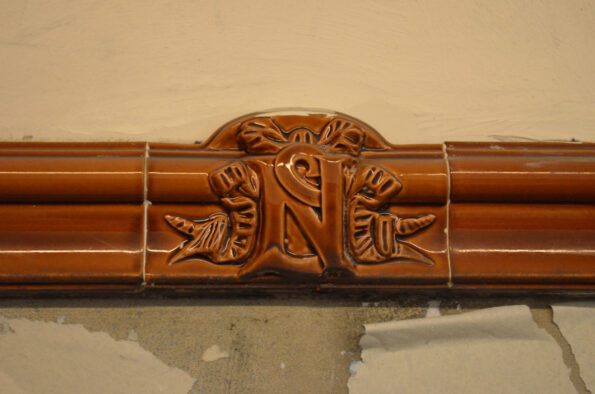 In the first half of the 20th century, the Nord-Sud de Paris Société du chemin de fer électrique souterrain de Paris (North-South Underground Electric Railway in Paris) was involved in the construction of the Metro (Subway) of Paris. There are still some traces of those builders on the ceramic tiles around the names of the stations or on the posters, for example, at the entrance gate of Montmartre Abbesses or Paris City Hall Hotel de Ville. You can even find the Nord-Sud initials.

4. Clocks for Everyone Although They Do not Show the Right Time 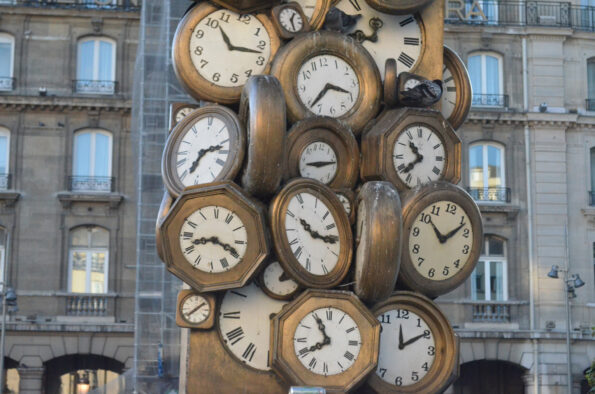 In 1985, the sculptor Arman created two groups of sculptures in front of Paris Saint Lazare station. One of them “L’Heure de tous” (Everybody’s Time) is the accumulation of thirty station clocks and evokes the long wait associated with travelling. The clocks have different dials and show a different time – so they actually are the clocks for everybody.

5. Two Glass Pyramids in the Louvre 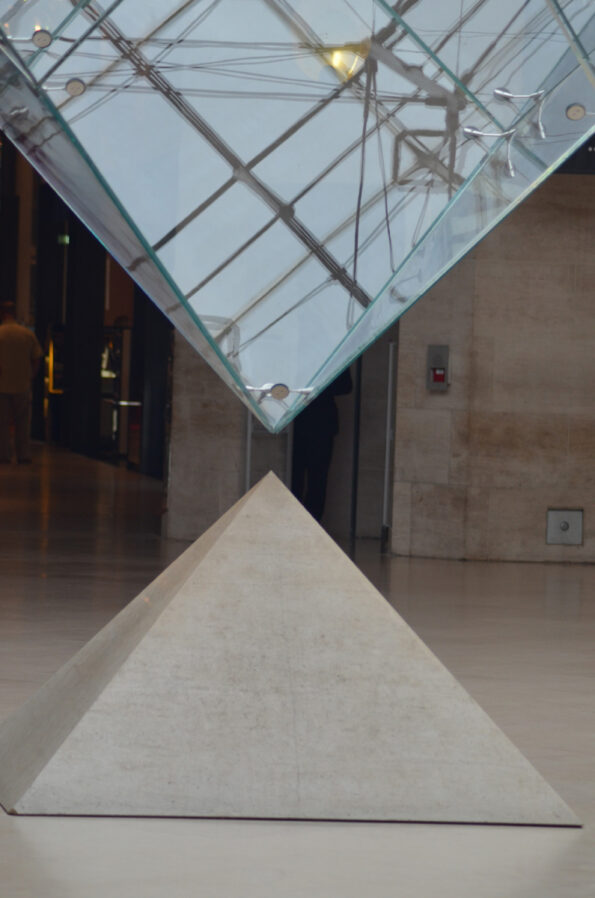 Since March 29, 1989, visitors to the Louvre in Paris have to find a new entrance to the Palace of Culture, which was opened by President Francois Mitterand in the courtyard of the former seat of kings. The Pyramid du Louvre is a masterpiece of Chinese architect Ieoh Ming Pei (1917-2019). It consists of 603 diamond and 70 triangular glass segments. It is 21.65 m high and 35.42 m wide. Inside, there is also a Reversed Pyramid, which, like in Michelangelo’s painting, almost touches the miniature of the true pyramid.

6. French Kings Do Not Rest in Paris Because of the Death of a Martyr 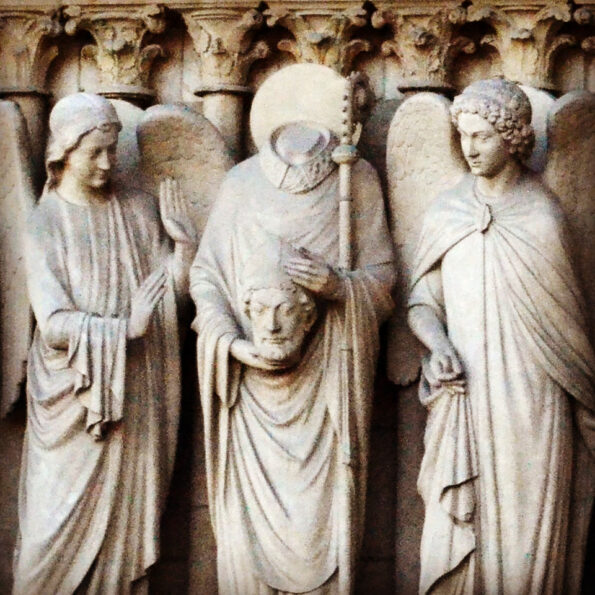 At the entrance of the Notre Dame Cathedral, there is a statue of a saint who holds his head in his hand. Around 250, Pope Fabian sent Bishop Denis to Lutetia to convert Gaul. Emperor Decius was not very happy about it, he arrested Denis and executed the priest by beheading on the highest hill in Paris – “The Martyrs’ Mountain” (now Montmartre) although the name is possibly derived from Mons Mercurii et Mons Martis – Hill of Mercury and Mars. After his head had been cut off, Denis is said to have picked it up and walked for six more kilometres. At the site where he fell down, a Gothic Saint Denis Basilica (today a cathedral) was built. It became the burial place for the most important kings of France – from Clovis I to Louis XVIII. 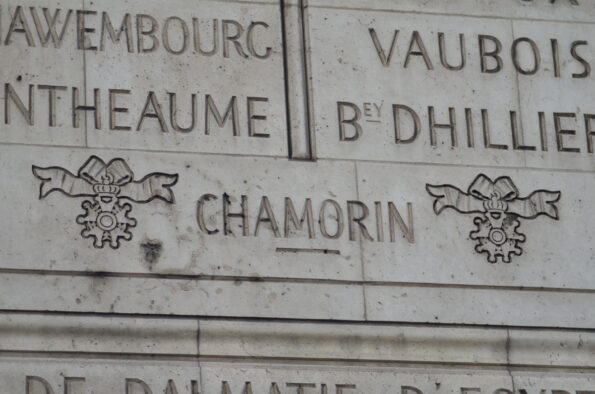 The inscription on the Arc de Triomph sounds the same as the name of the small town Šamorín, near Bratislava in Slovakia, but I am sure that General Vital Joachim Chamorin (1773-1811) had no idea of Slovakia. He died during the Spanish War of Independence, when in the Battle of Campo Maior his 26th Dragoon Regiment succumbed to the British and was buried with all military honours.

8. Eiffel Tower Celebrates a Round Anniversary 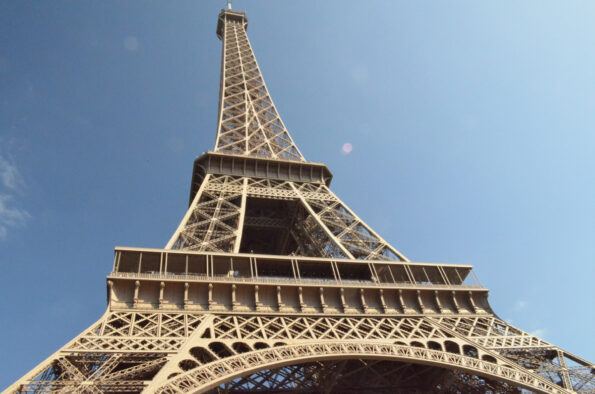 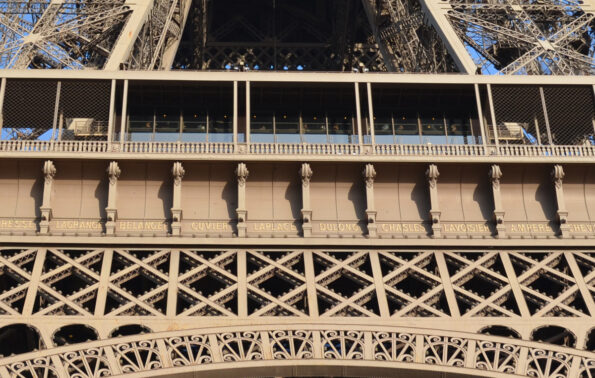 Just below the first floor of the Eiffel Tower, there are the 72 names of scientists (18 on each of the four sides) without whom its construction would not have been possible. However, it is also a sad example of the male world, as the name of Sophie Germain is missing, although without her theory of elasticity, Gustave Eiffel would not have built his work. 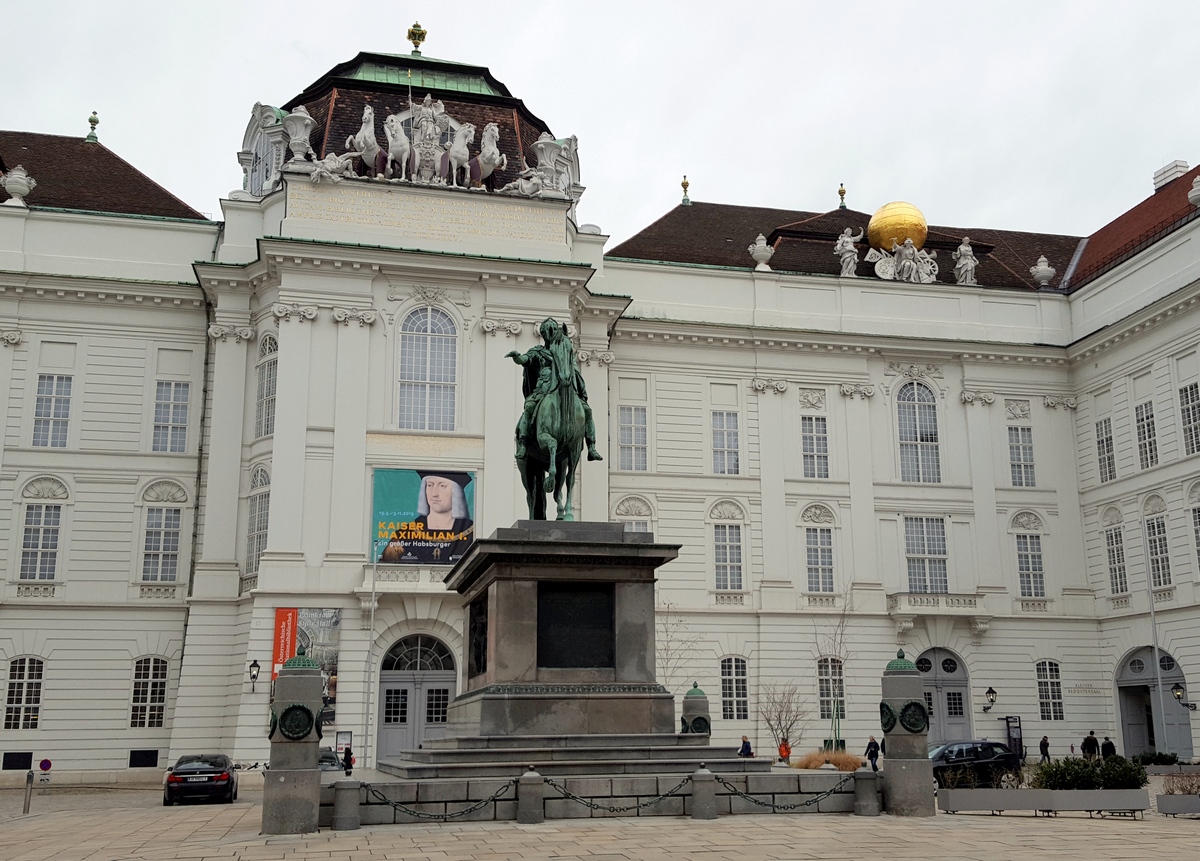 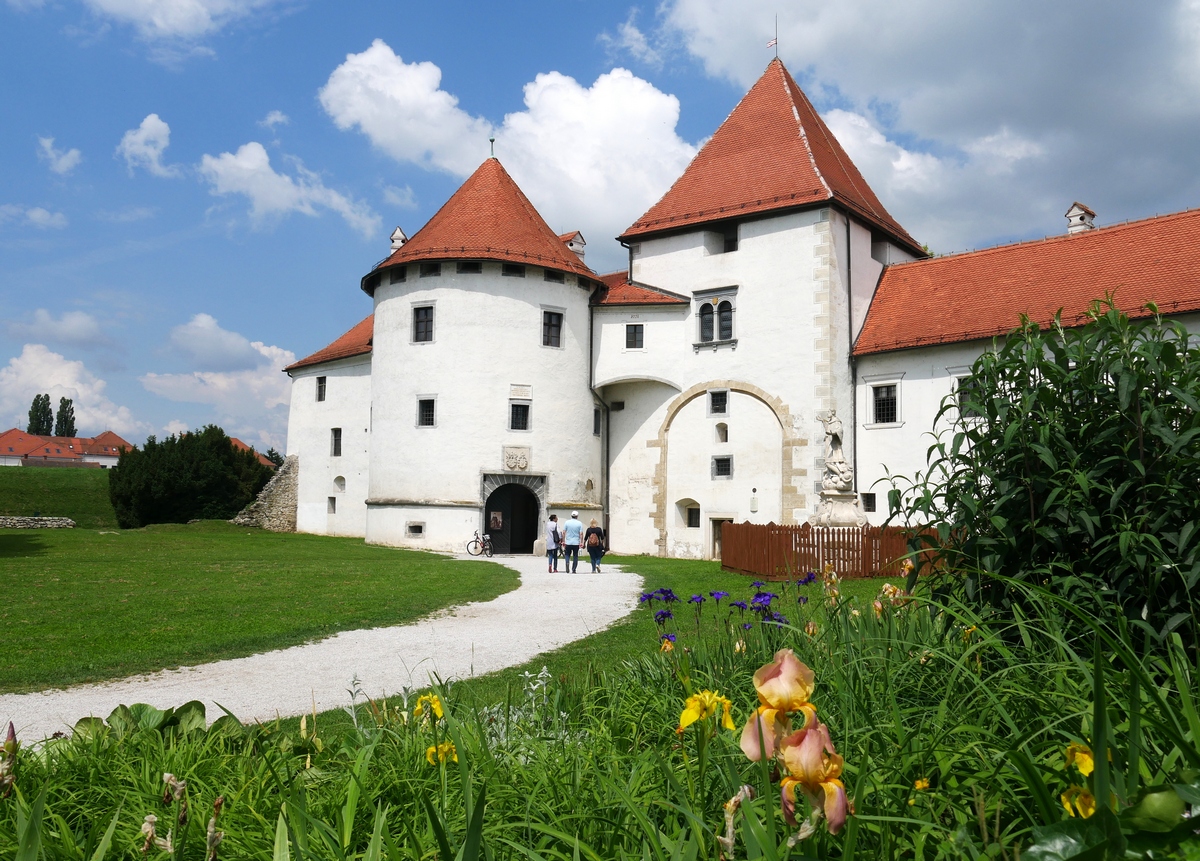