If you come to Vienna in May or June, you should definitely visit the Volksgarten – People’s Garden, because it is probably the most colourful and nice smelling spot in the city center. 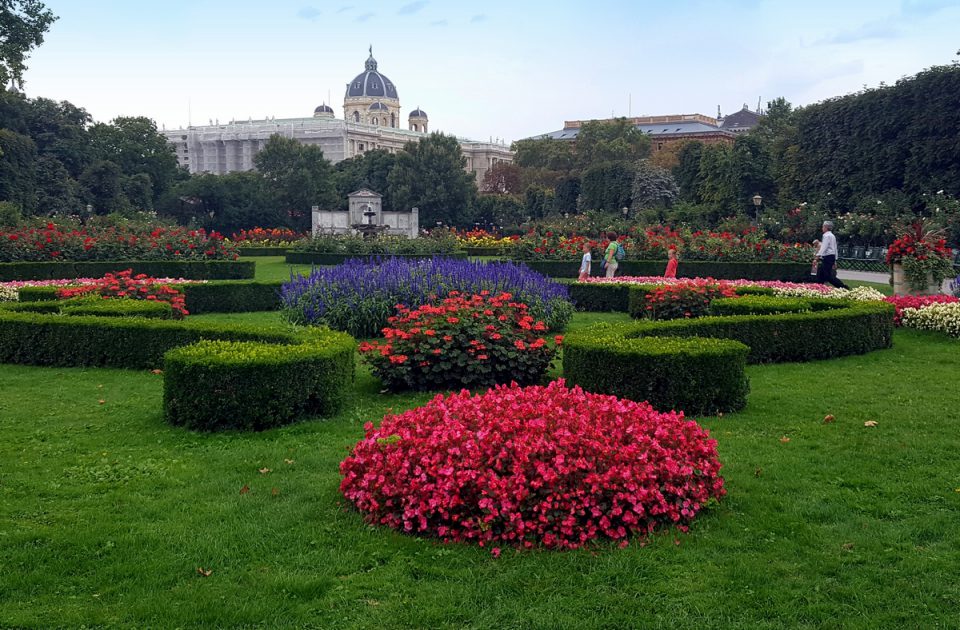 200 years ago, the city fortifications used to stand here. After they had been destroyed by Napoleon in 1809, an idea to convert the area into a garden was born. Originally, it should have been a private garden which would delight the privileged aristocracy only. 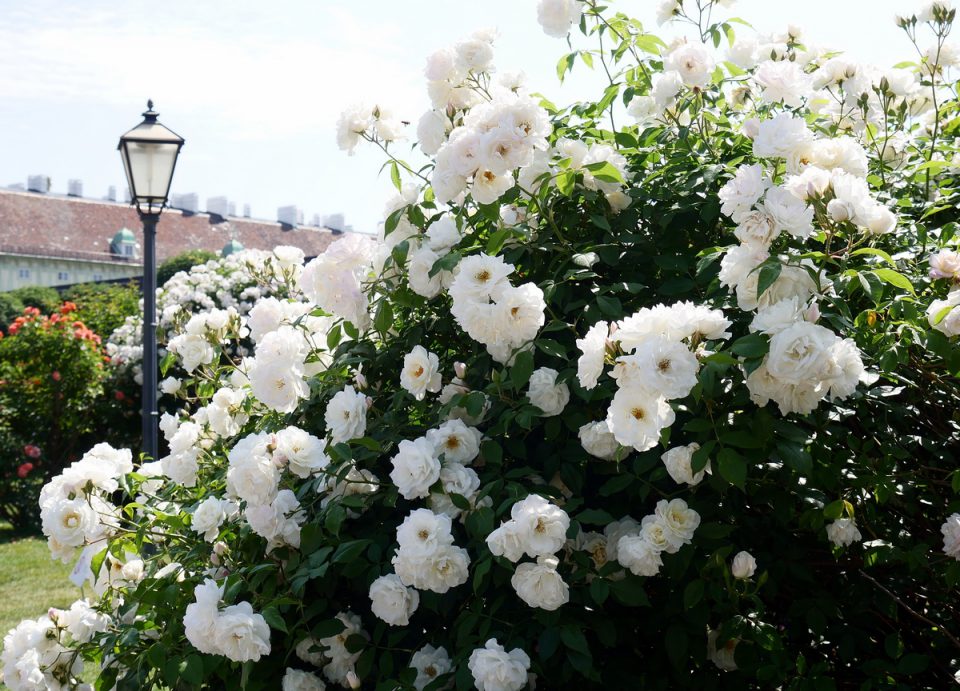 Fortunately, the plan was changed and so on the 1st March 1823, the first public park in the city was opened. Soon, the name Volksgarten became common. 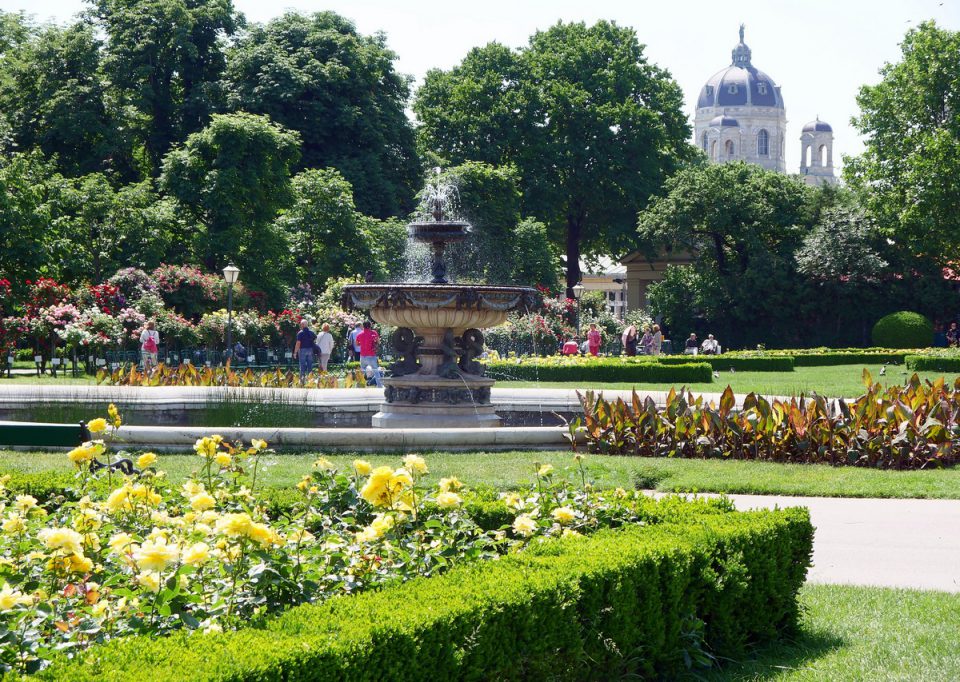 Today, you will meet lots of tourists here but also many local people, especially on Sundays or holidays when the city submerges in a lazy atmosphere, the noise of cars and the stress of working days are replaced by the jolt of carriages carrying small groups of tourist behind the fence, the splashing of water in fountains and the fluttering wings of birds which come to the fountain to drink or bathe, voices of people admiring the garden beds or even a pleasing melody of a harp under a rose shrub. 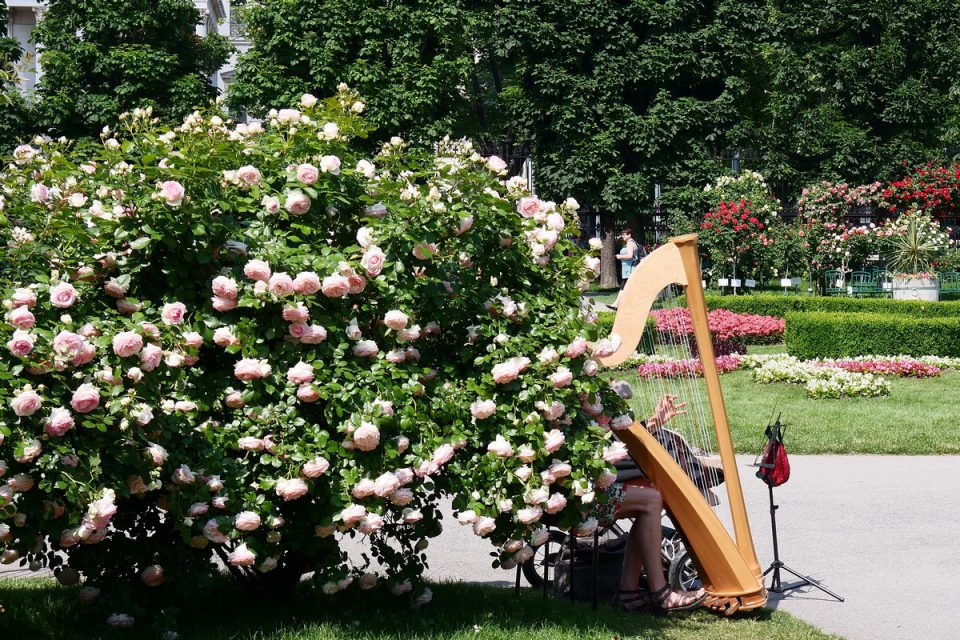 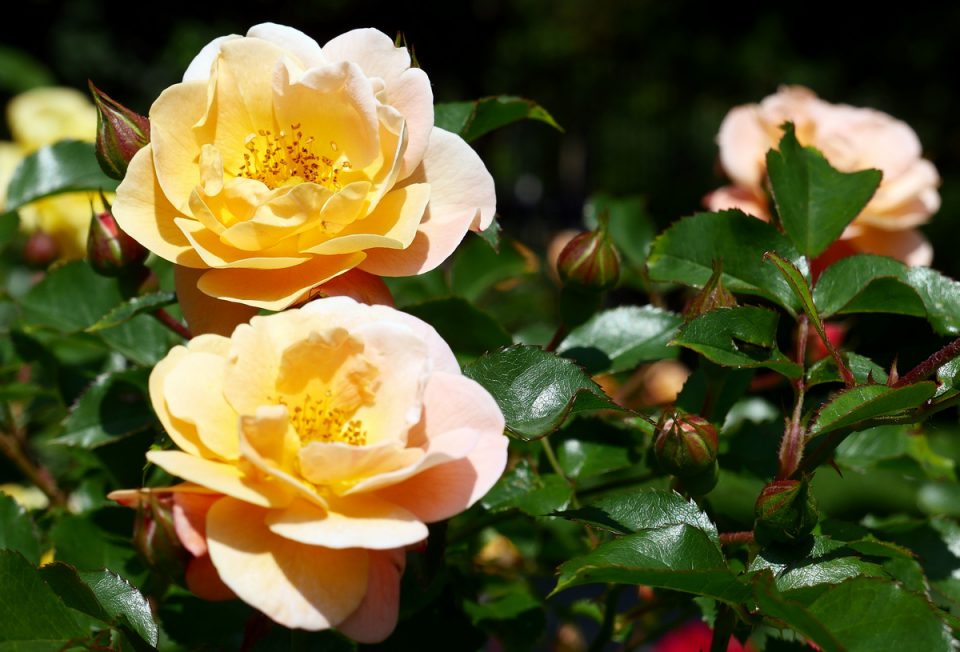 Old men are dozing in wheelchairs accompanied by their home carers, young people sitting on banks or laying on grass are turning their faces to the sun, reading or chatting, while small children are chasing after pigeons. 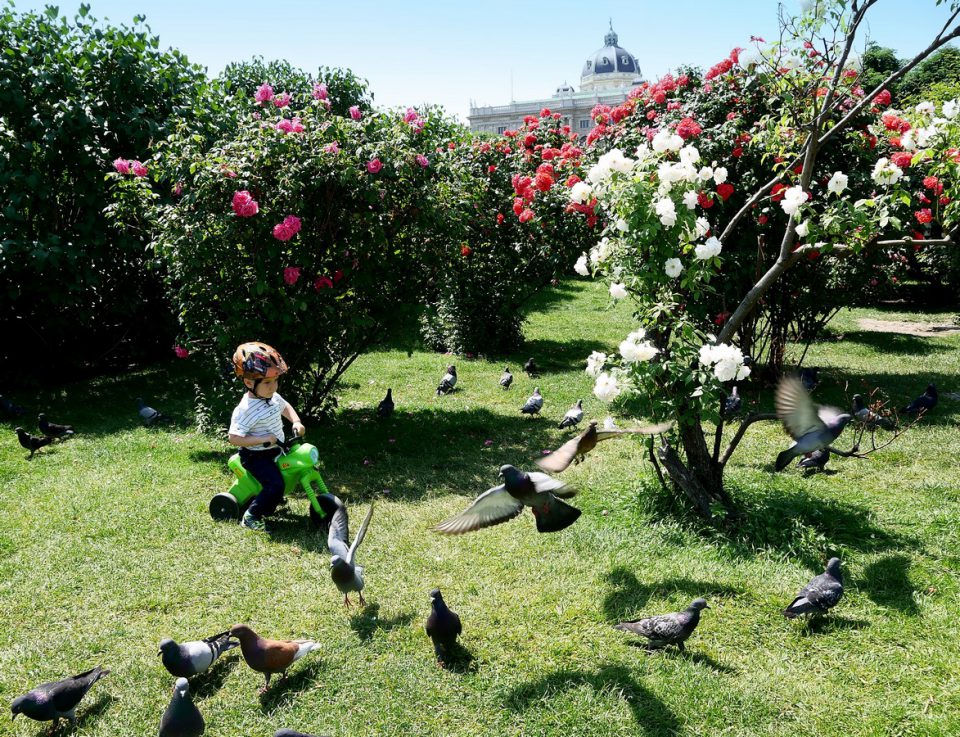 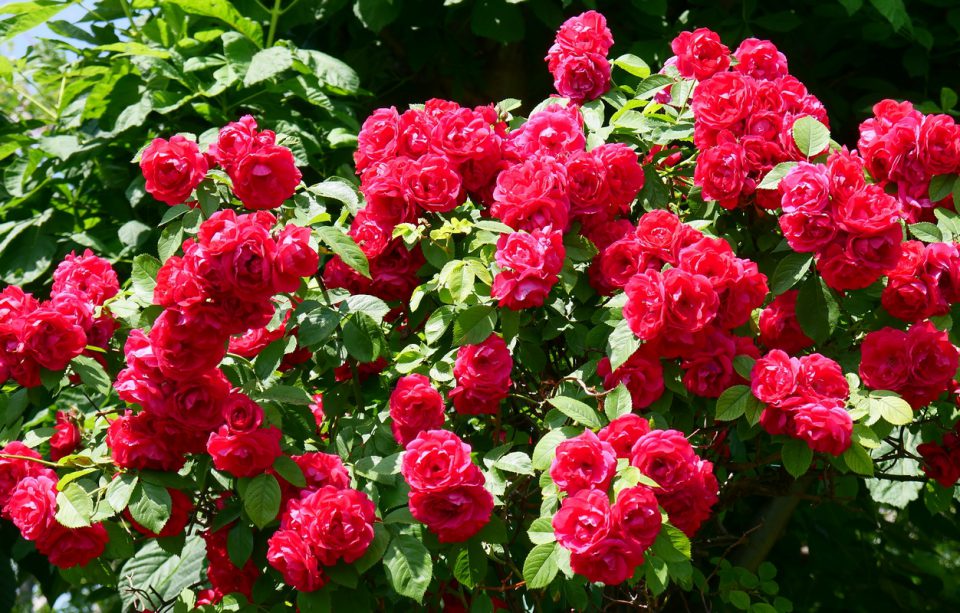 When I was walking through the garden in winter, the shrubs were carefully covered with jute sacks. Now, gorgeous flowers are emerging from their buds like colourful butterflies from bland chrysalises. There are about 3,000 shrubs and more than 200 rose species. It seems that nobody respects the ban to not step on the lawns, everybody wants to steal a hint of the fragrance for themselves or capture at least a piece of this beauty in their lens. 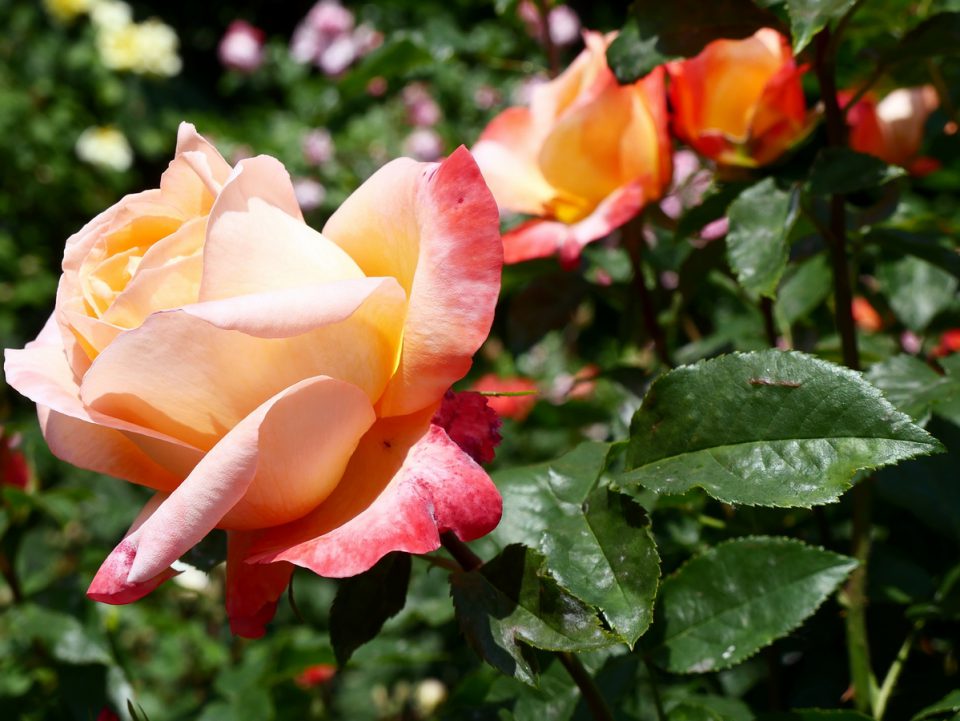 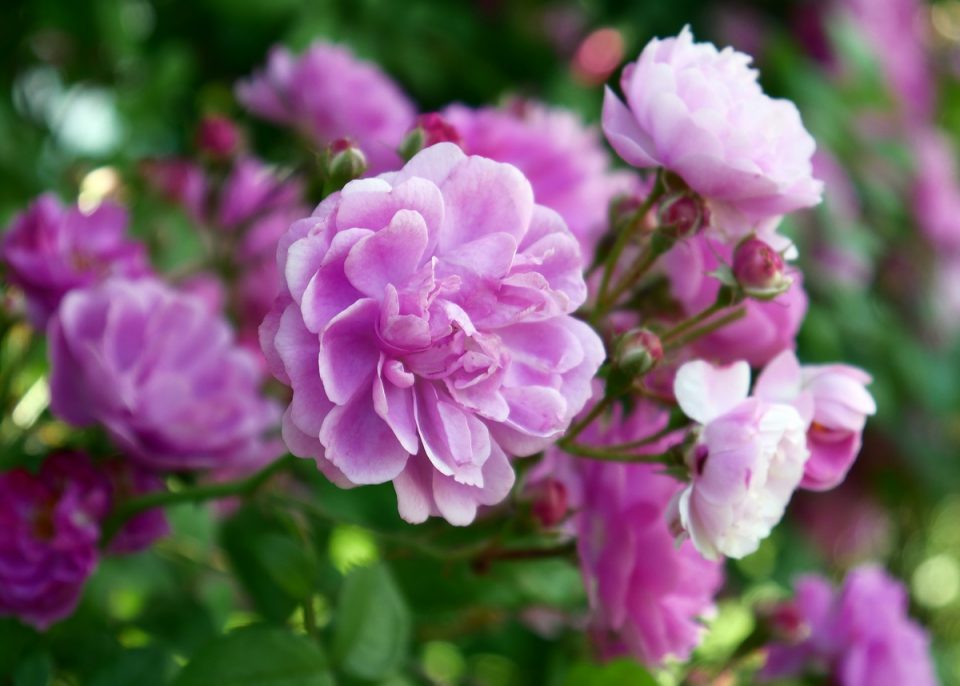 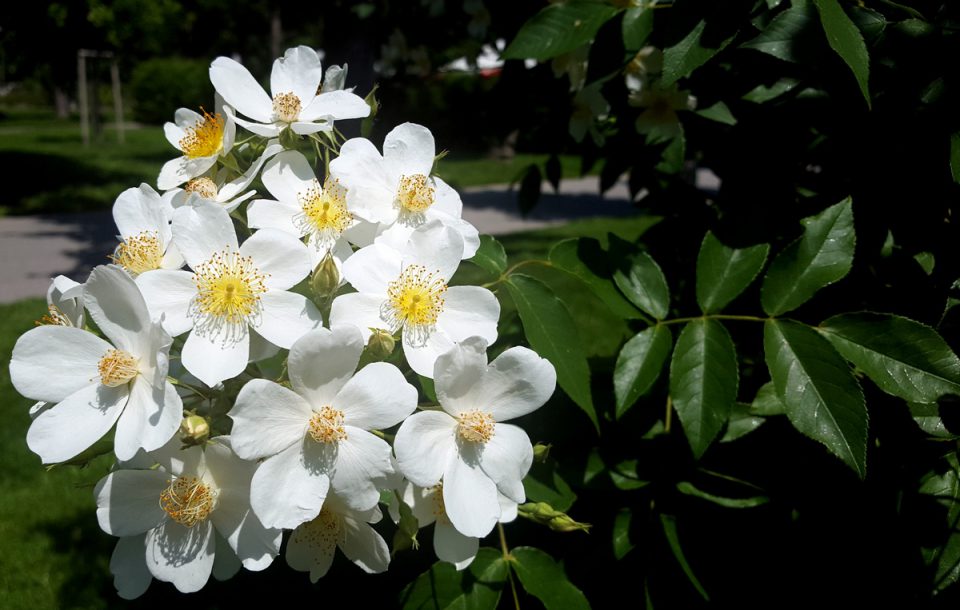 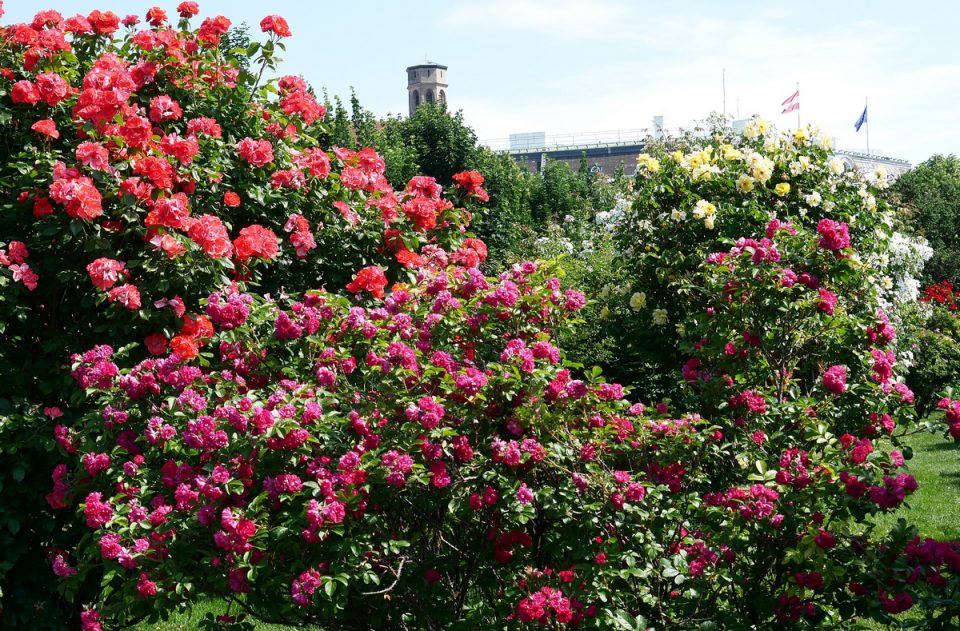 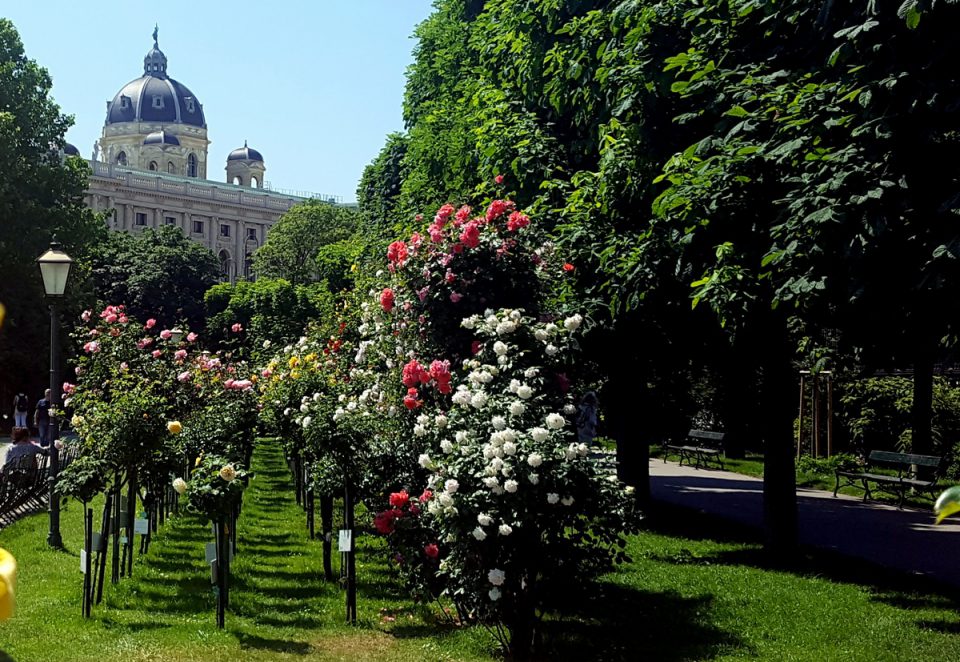 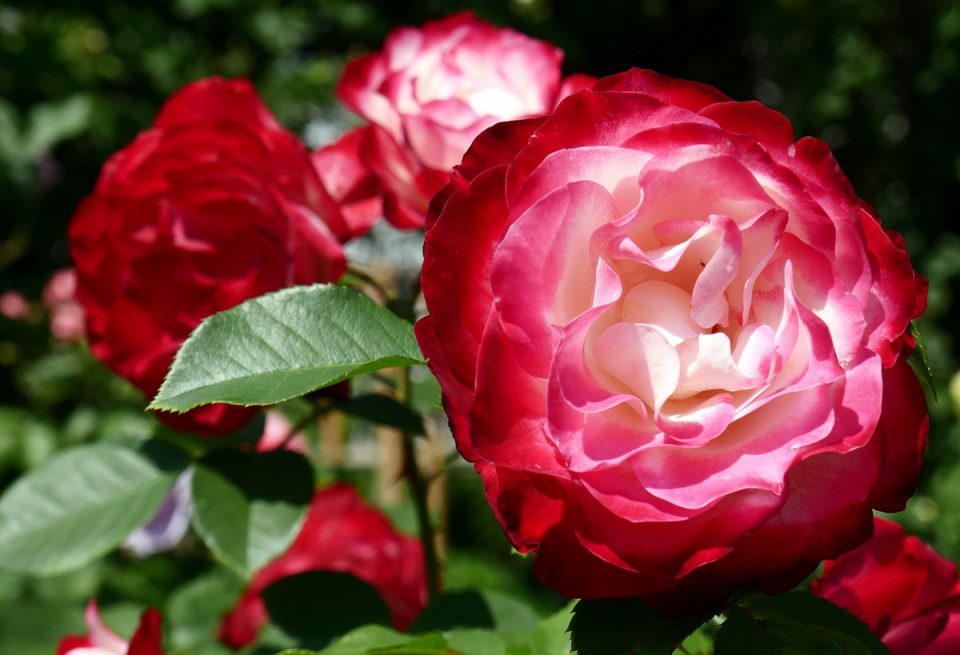 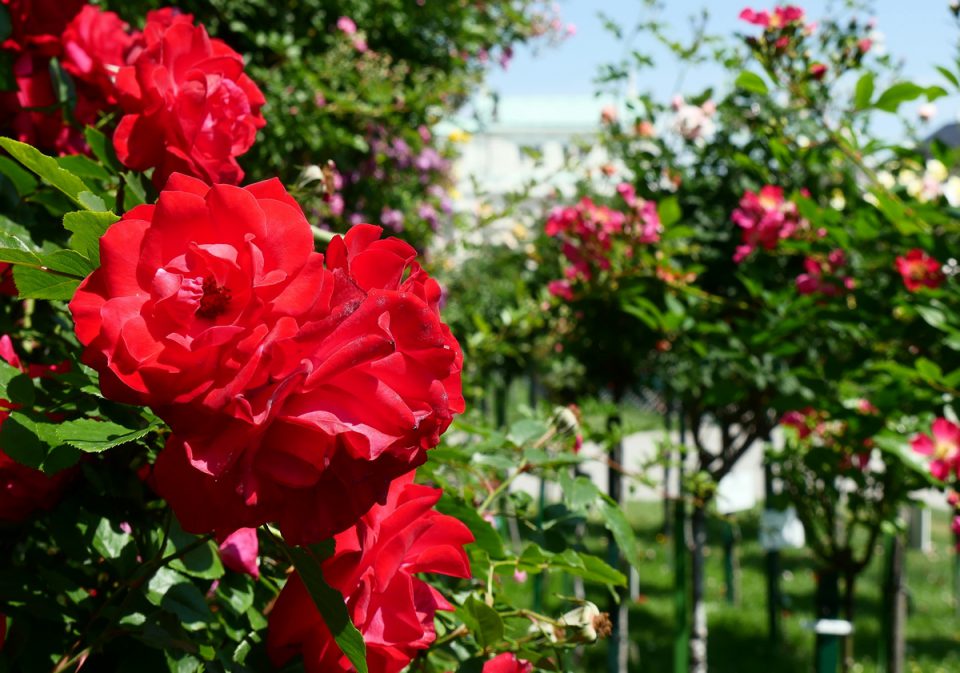 There are also plates on some stems informing you about the name, year of cultivation and botanical description. Additionally, there are sponsors’ labels with loving, cheerful or nostalgic messages. You can become a sponsor of any rose for 5 years for 300 €. 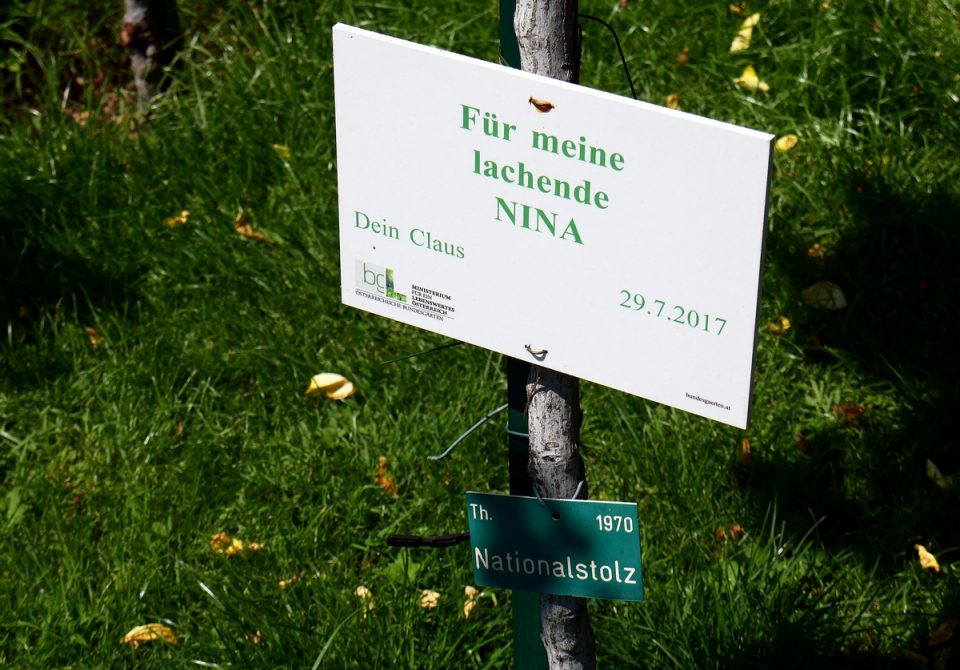 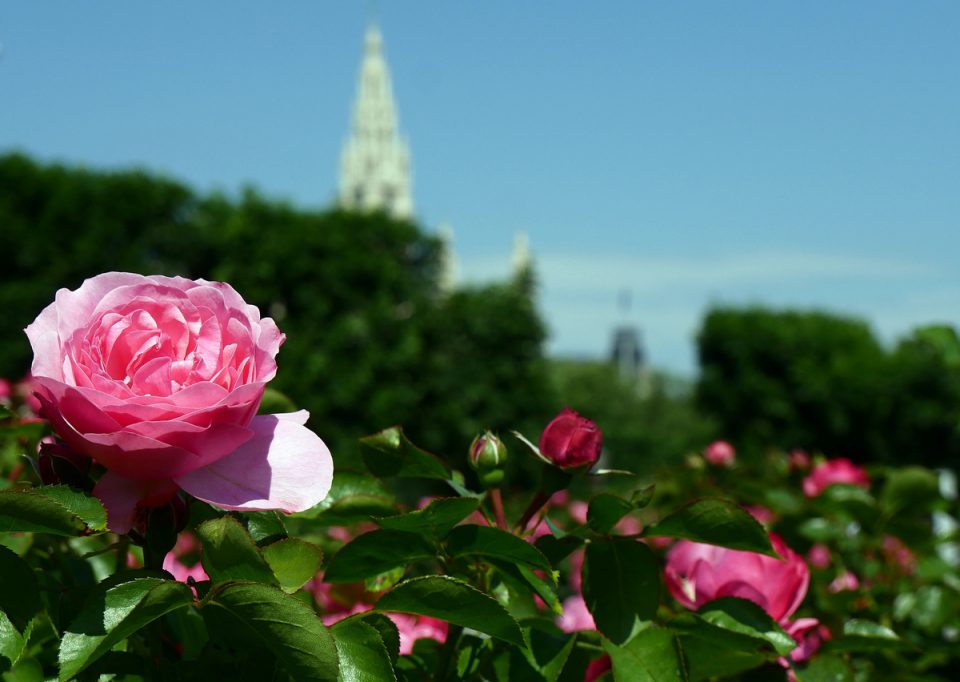 The festive atmosphere is framed with an amazing scenery of historical buildings like:

In the center of the park, the neoclassical Theseus Temple from 1821 catches your eye with its strong white colour. It is a replica of the Temple of Hephaestus in Athens built by the architect Pietro Nobile. Nowadays, it is used for exhibiting different installations of art. 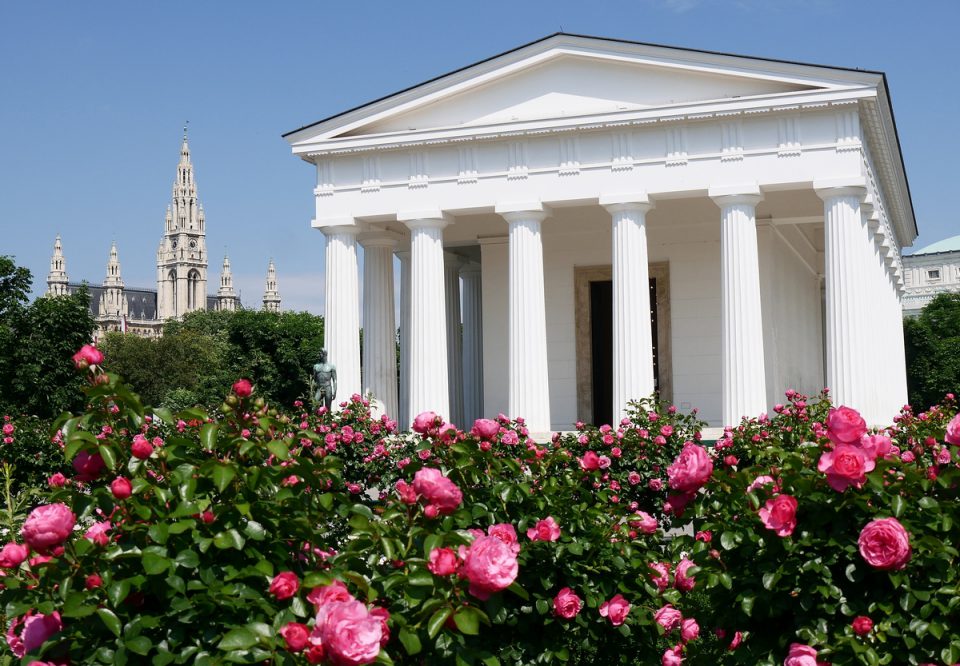 In front of the temple, you can see a bronze sculpture of a Young Athlete made by Josef Müller in 1921 and a long row of rose shrubs. The rose-coloured flowers contrast with the snow-white columns of the temple. These roses are named after the greatest female ruler in Austrian history – Maria Theresa. 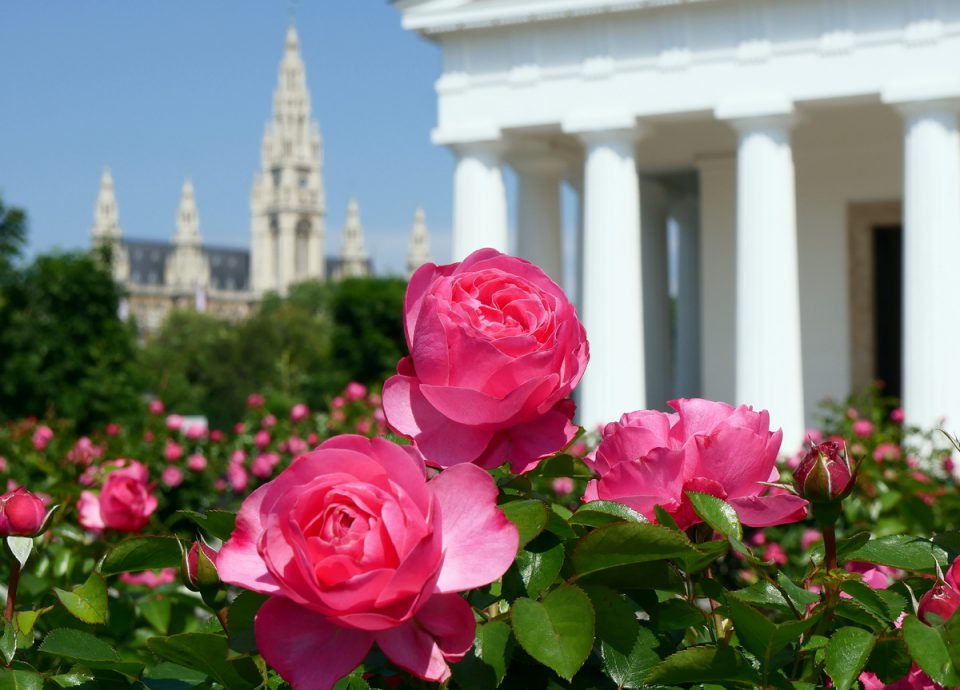 At the northern end of the garden, there is a sculpture of Sisi with her typical melancholic look by the sculptor Hans Bitterlich. It is 2,5 m high and sculpted from an eight-ton marble block. 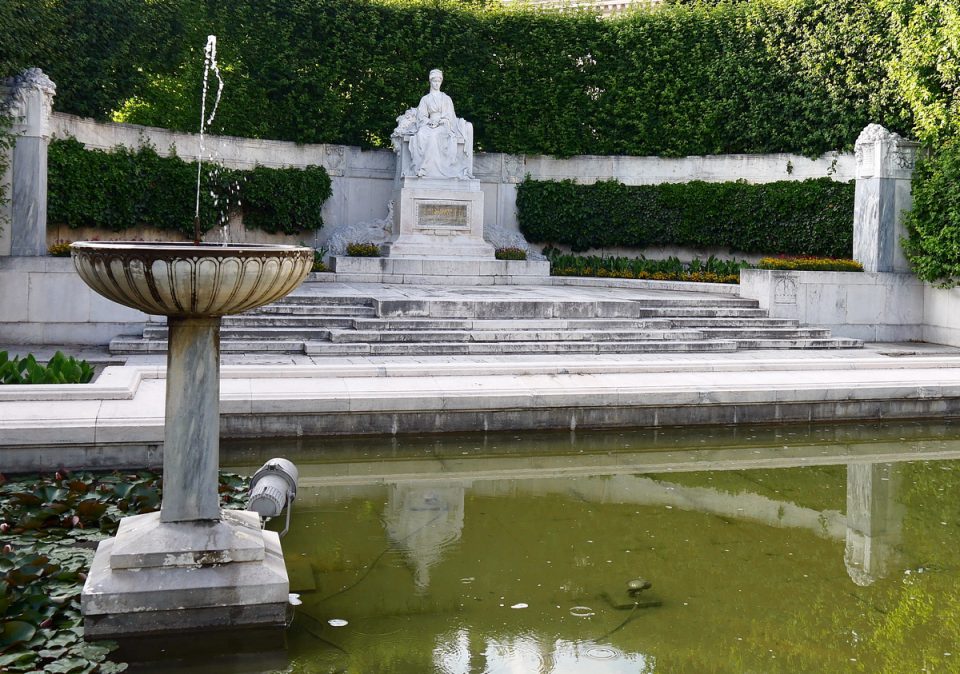 The monument was finished in 1907, almost 10 years after Empress’ tragic death. Her imperial husband, Franz Joseph I. was present at the ceremony and surely he must have been happy to have his beloved wife so close to his residence. It is said that when the Emperor received the news about her assassination, he just said: “Nobody knows how much I loved that woman…” 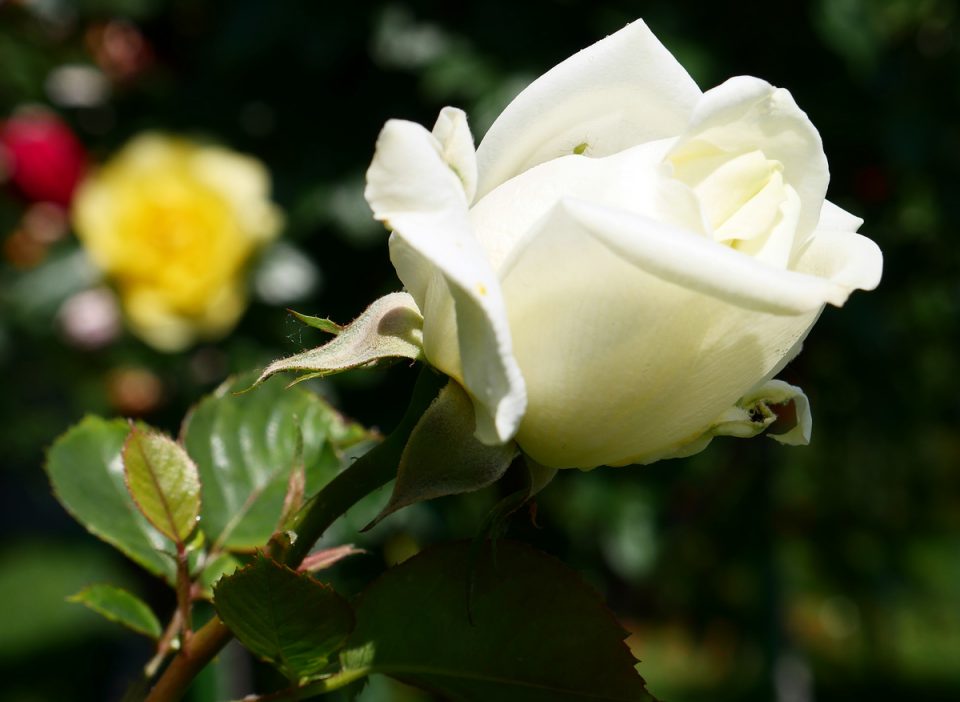 On the metal fence, at the center of the park, you can also see a monument dedicated to Julius Raab from 1967. Raab was a former Austrian Chancellor and during his term of office, the Austrian State Treaty was signed in 1955 which re-established Austria as a sovereign state. 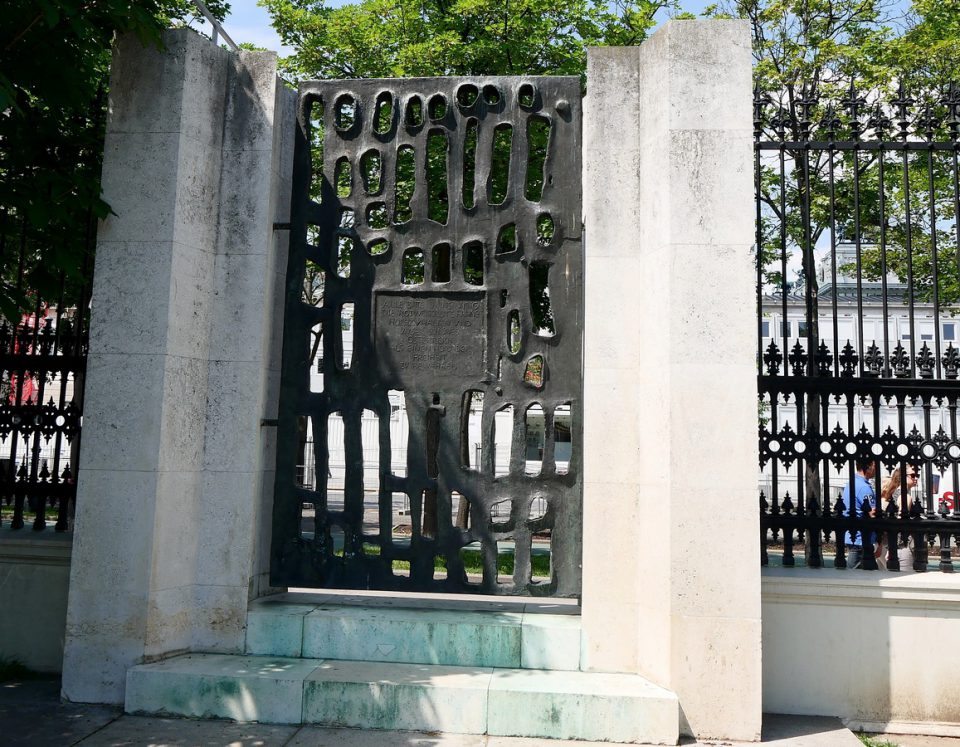 Behind the fence, you can see the building of the Austrian parliament but now it is under renovation. 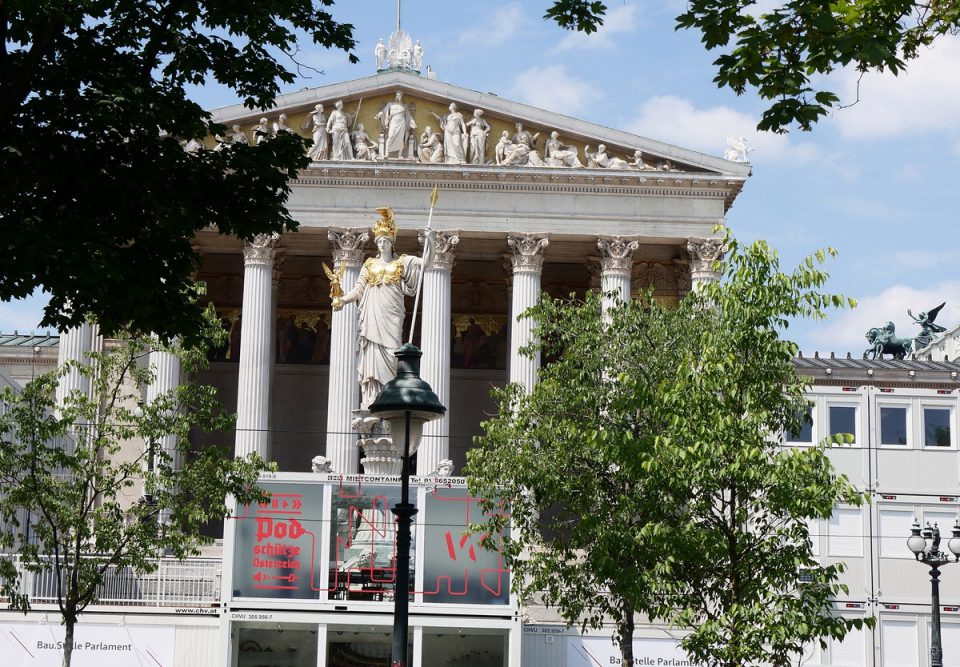 At the southern part of the park, behind the beds full of roses of different yellow shades, there is a monument of the Austrian writer Franz Grillparzer built by Carl Kundmann in 1875. The writer is holding a book in his left hand and looks at the sea of roses in front of him. 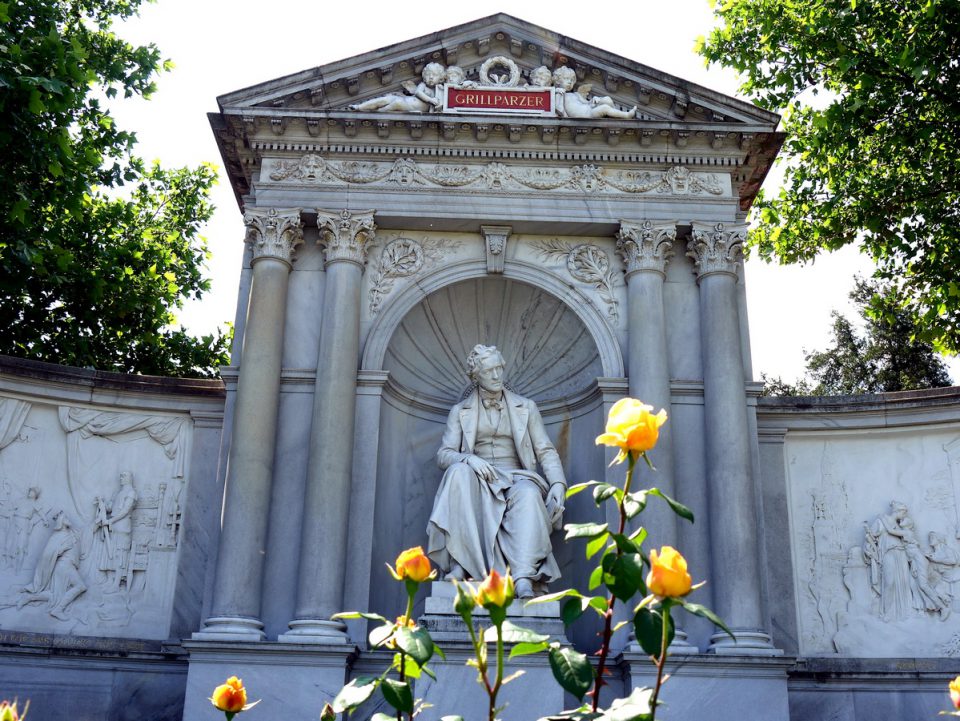 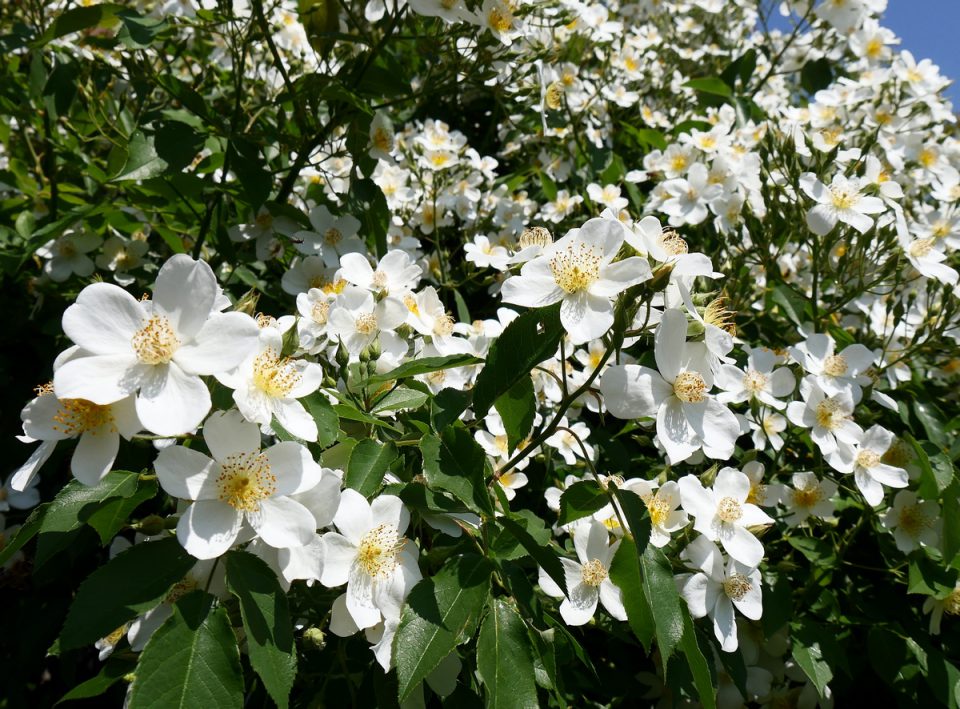 When the sun is too strong, ducks, sparrows, pigeons and rooks fly down to the fountain to take a gulp of water in their beaks between the blossoming water lilies. 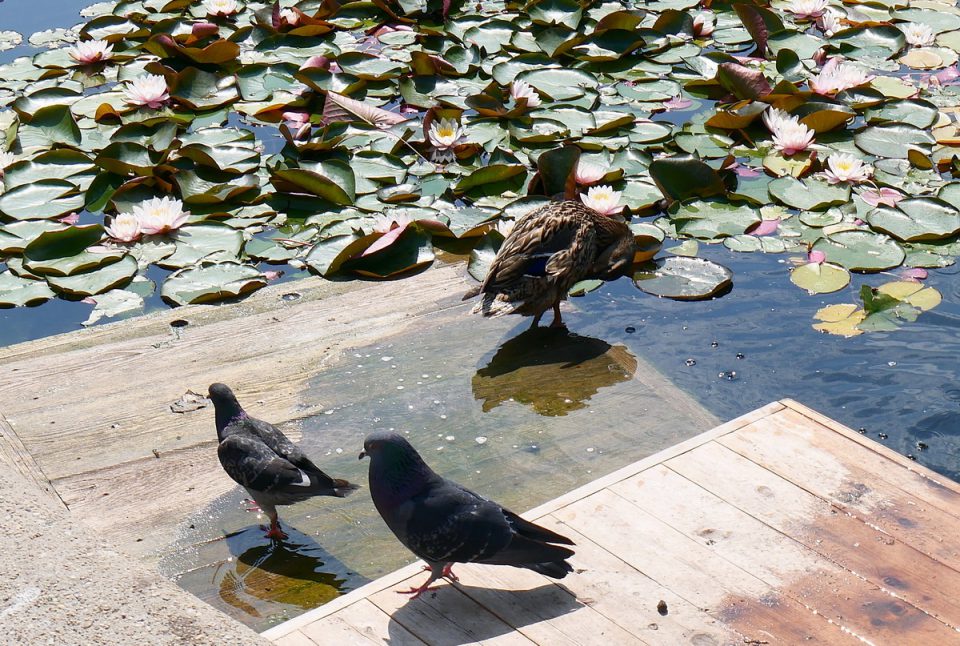 There is one other fountain in the garden, made by the sculptor Viktor Tilgner. Triton, a messenger of the sea, firmly holds a nymph and releases a water flow from his mouth. 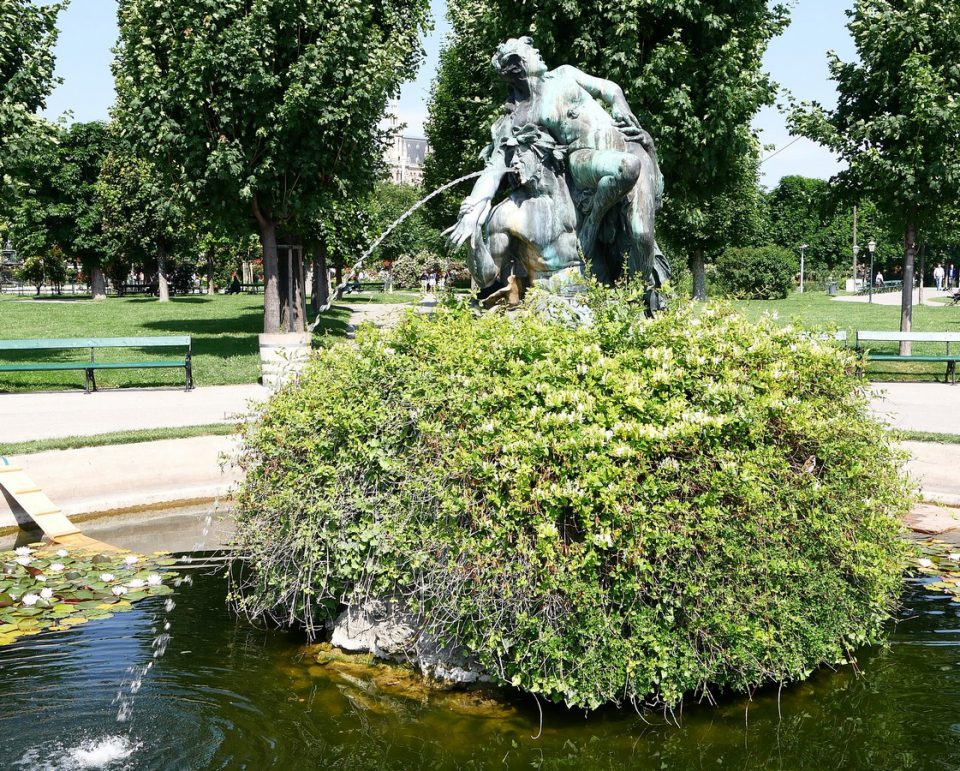 If you still didn’t fill up yourselves with the amazing fragrant mixture of different roses, make a stop under the lime trees at the exit next to the Ballhausplatz-square, of course, in case they should be in flower. I am sure that if you leave this garden after that, the world will seem much more beautiful and colourful to you. 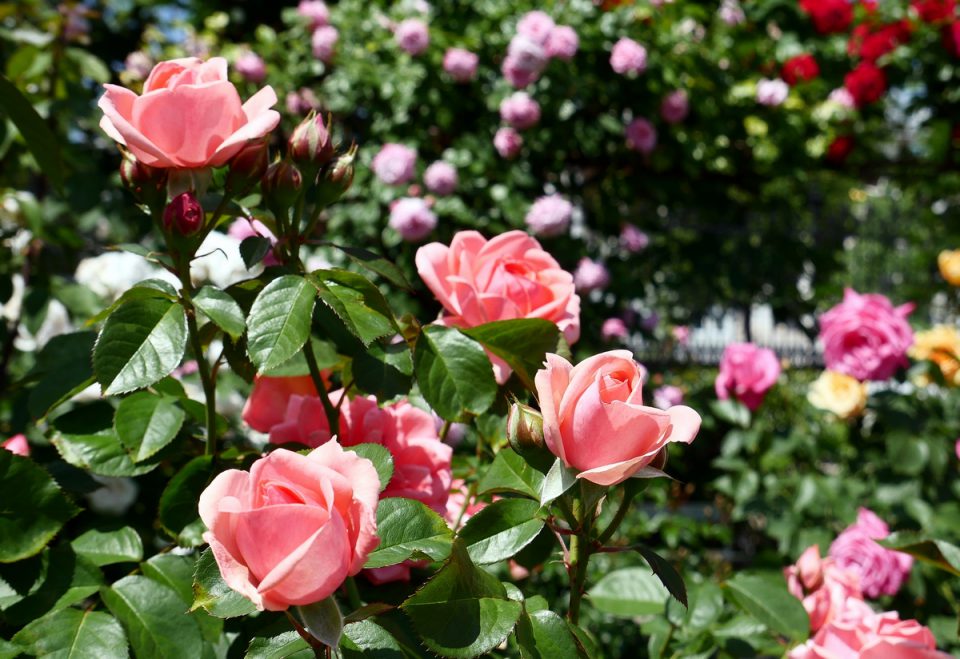 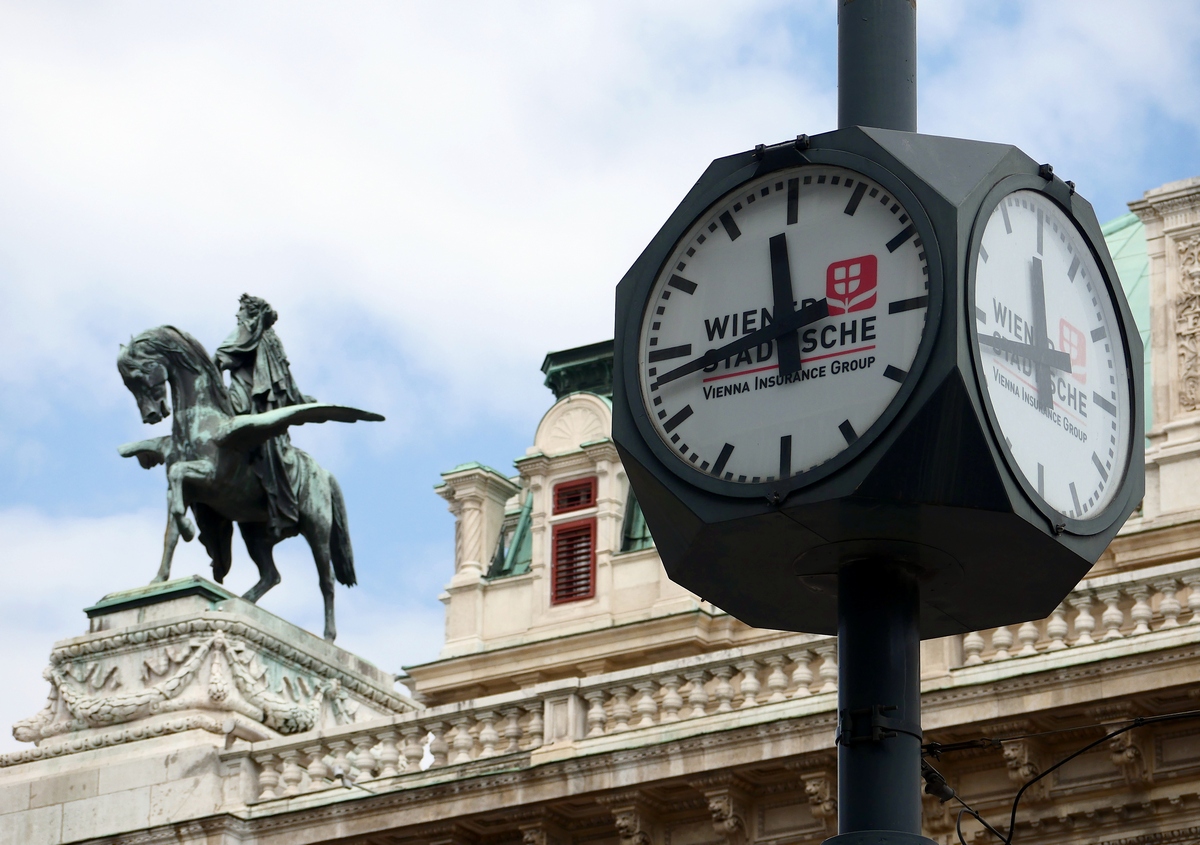 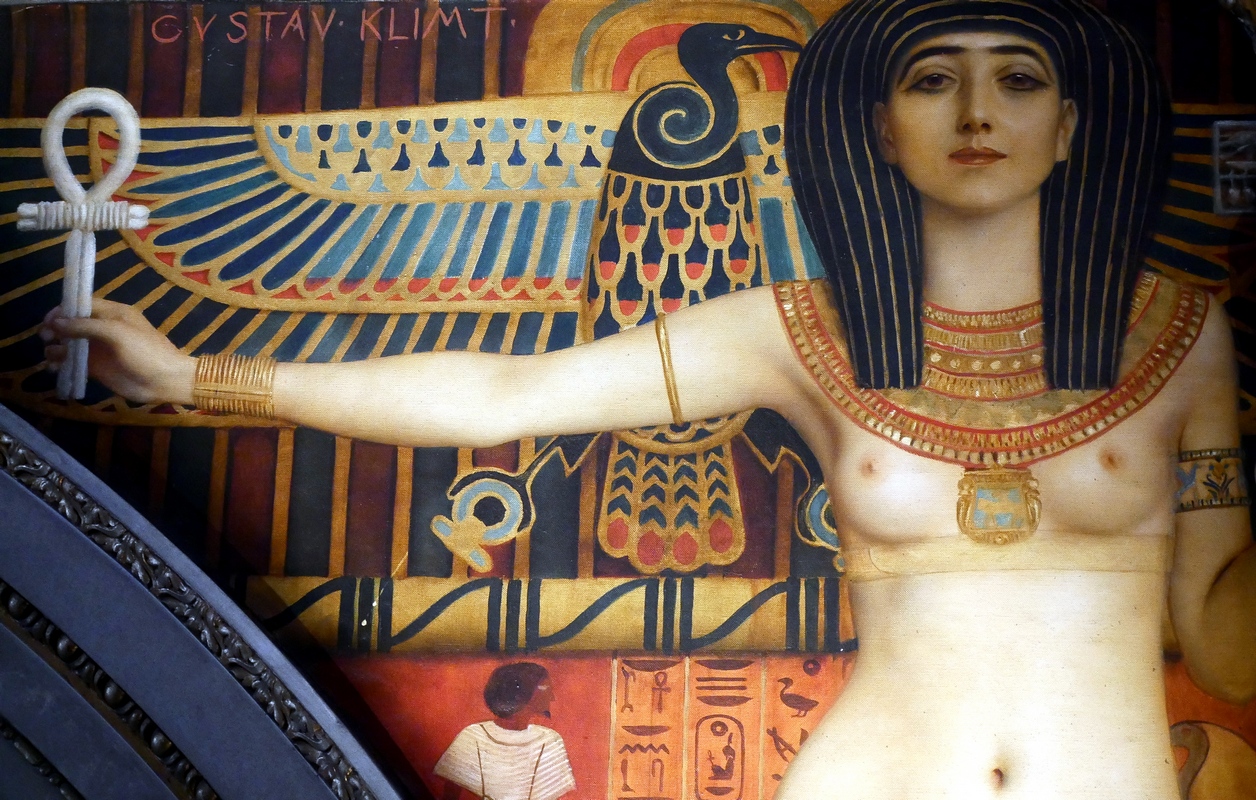