Italian cuisine – who wouldn’t like it? Its basis was established by Ancient Romans – very renowned gourmets! Long ago, there was just a small settlement of peasants and shepherds founded at the river of Tiber. Their menu was very simple consisting of their own products and catch from hunting and fishing. With time, a new world power had grown – the Roman Empire. And Rome, the capital of the Empire, became the “gluttonous stomach of the world”. With 1,5 – 2 millions of inhabitants, the city of Rome was the largest city in the ancient world and of course, this population had to be fed… As the Empire was expanding, new ingredients and culinary experiences were imported to Rome. The already fussy tongues of its inhabitants became even finer very quickly. The Romans not only ruled but also ate like the rulers of the world.

Recently, I was working with this theme so I decided to write some posts about it with interesting pictures of the eternal city and recipes inspired by the cuisine of Ancient Romans.

For the first POSTCARD, I chose the river Tiber and a not very typical view because the “Broken Bridge” – Ponte Rotto – doesn’t belong to the places that attract lots of tourists. According to a legend, the city of Rome was founded on the banks of the Tiber in 753 BC. This is the oldest stone bridge on the Tiber in Rome! It was built in place of an old wooden bridge in the 2nd century BC and was damaged very often by floods. Actually, every bigger flood took a piece of the bridge away… It used to be a three-arched bridge but only one arch remained until today. You can see it next to the modern bridge Ponte Palatino. 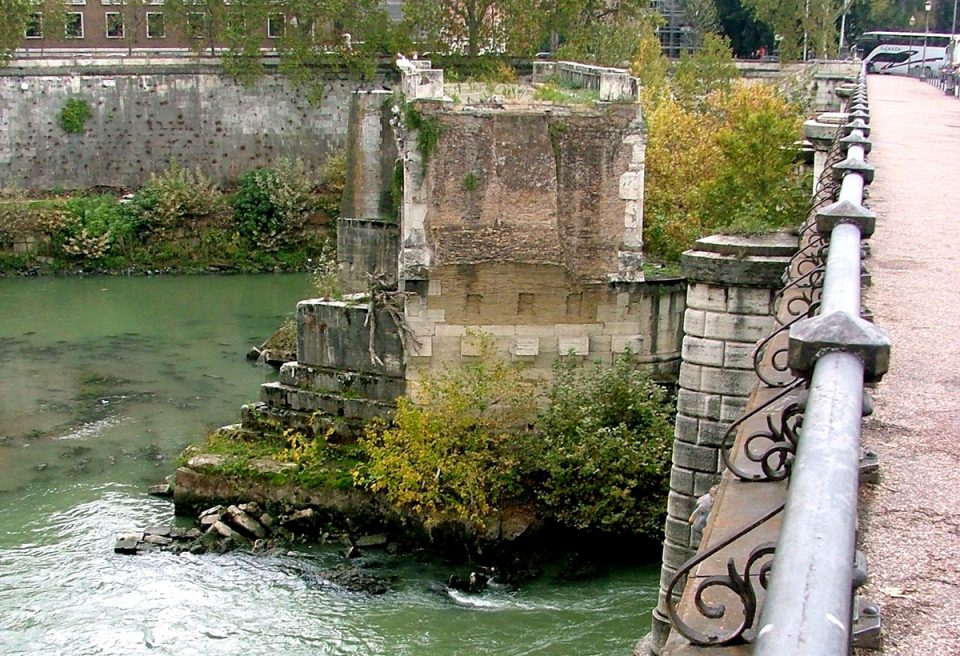 And now the recipe: 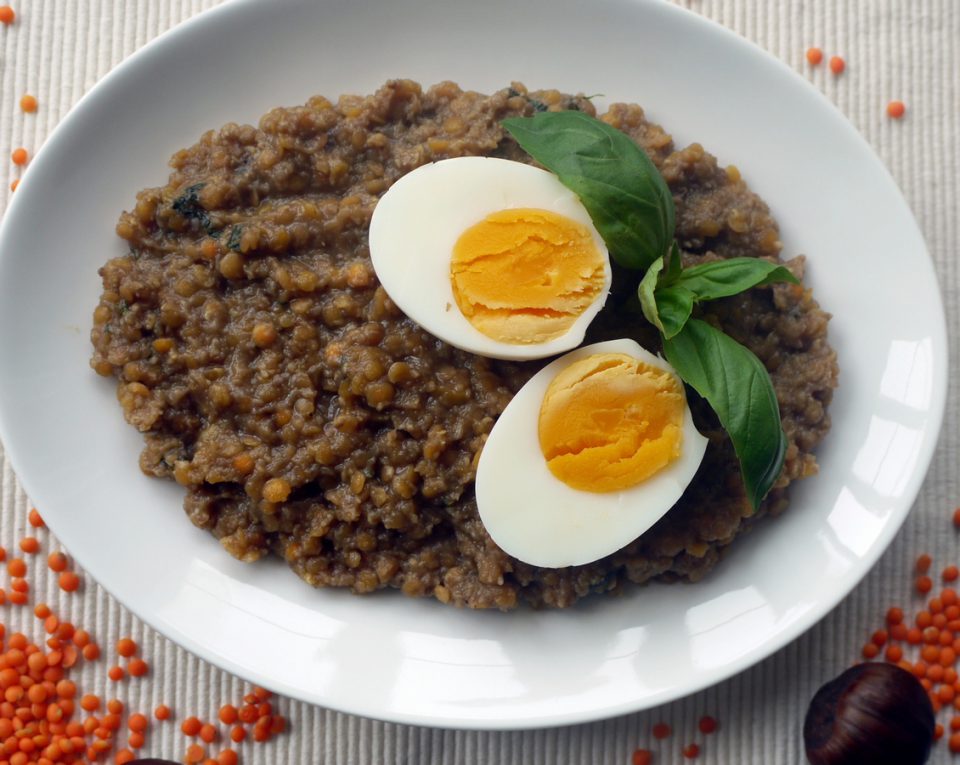 Put the lentils into the mineral water. After they become softer, boil in broth. Cut an x into the chestnut shells and boil them in slightly salty water with baking soda for about 40 minutes. Let them cool off, peel them and mix with a mixer.

Mix the cooked lentils with the mixed chestnuts and all other ingredients, bring it to boil and then boil for some more minutes at a low temperature, stirring occasionally. Flavour and sprinkle with oil. 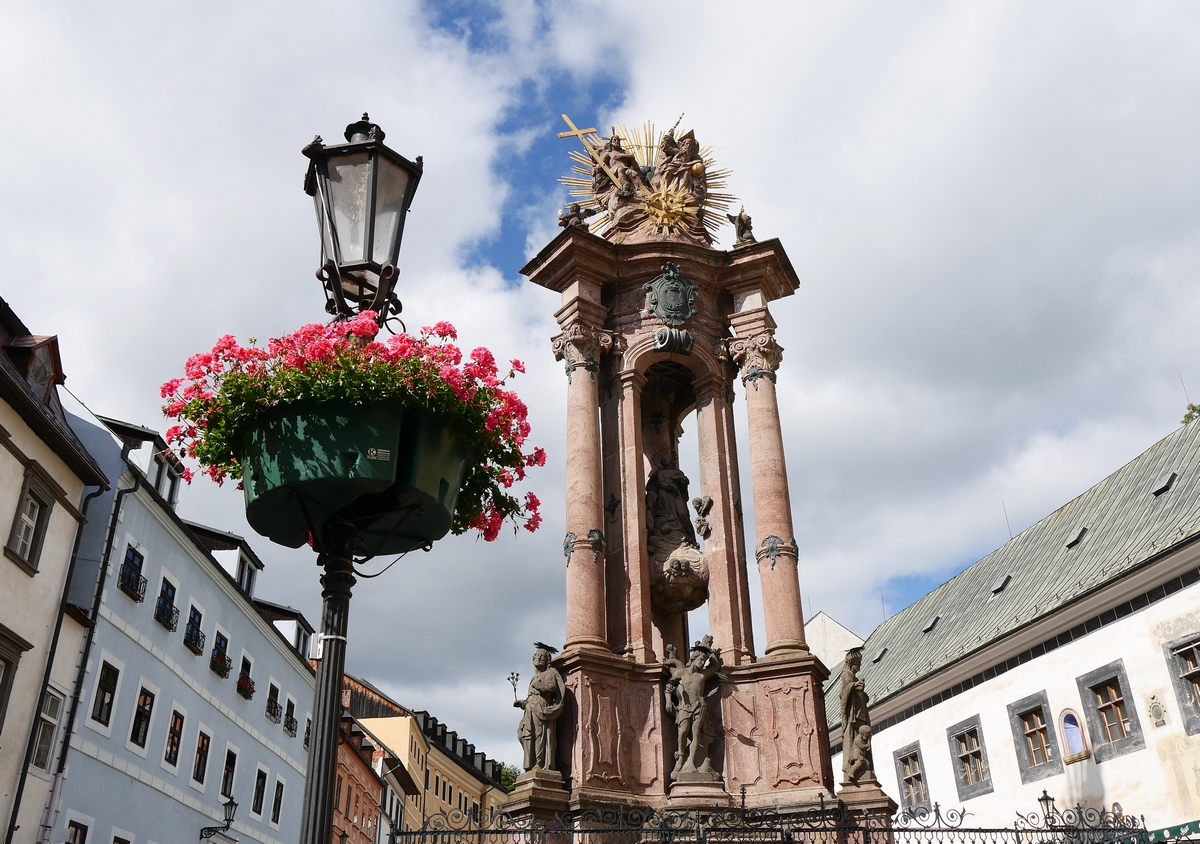 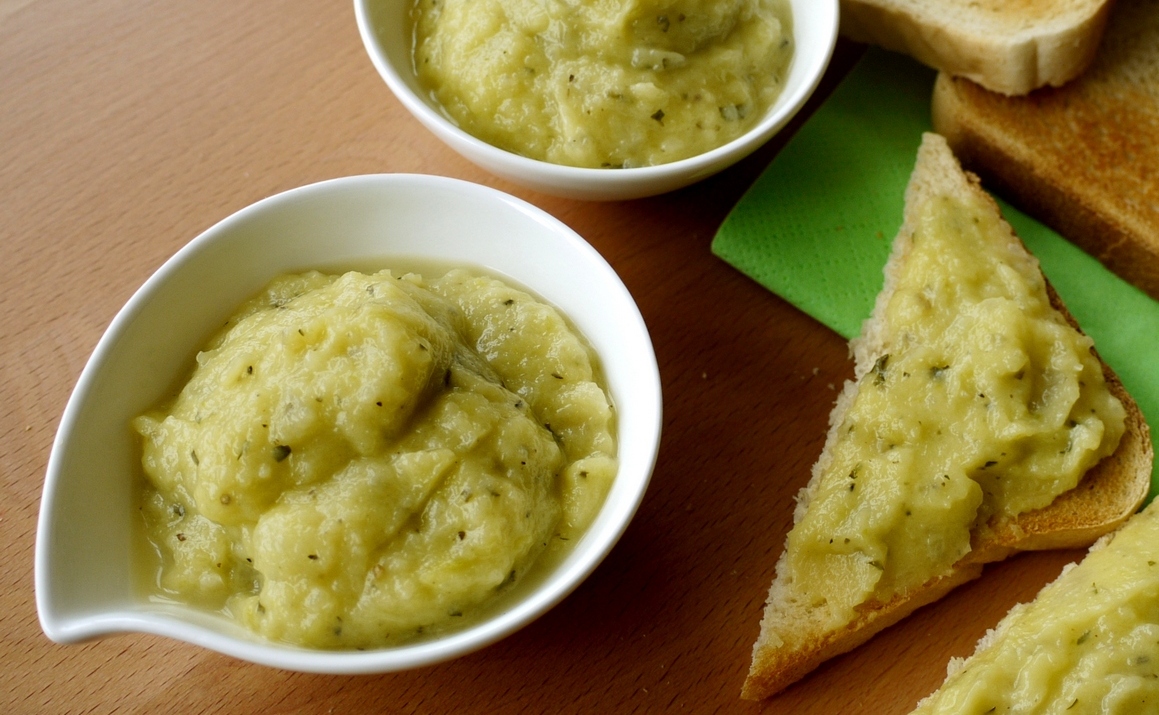