The smell of the shed
On our trip I was also fascinated by small museums with exponates including old barrels, presses and other requisites, e.g. big jars and ladles for taking up crushed fruits, also small sheds with many different tools and instruments were very interesting. The smell there was exactly the same as in my grandpa`s shed, which was his kingdom. A vise was ruling there, but in his shed, there were also some other tools, like a plane, screwdrivers, files, hammers, chisels, an axe, scissors, saws, adjustable spanners, emery papers, wooden plates, cords, strings, wires and who knows what else. My grandpa was a very practical man, he was able to repair everything. Some enthusiasts in the Mostviertel collected the same tools from their forefathers to form exhibitions that are very informative mainly for children. Here they can see that not everything can be repaired just by one touch on their smartphones. Here in the Mostviertel, everything is dedicated to the cider, that`s why among the tools we also discover a „brake“ for a moustache – it should prevent getting it wet while drinking perry. The best way to visit these places and enjoy this beverage, but also other local culinary specialities at the same time, is along the 200-kilometer-long Perry Road (in German called „Moststrasse“). There are many inns, restaurants, taprooms and farms offering also some other fruit products: kinds of vinegar, mustards, jams, syrups, sparkling wines, spirits and liquors. 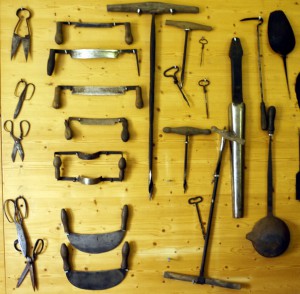 The smell of fairy tales
Once upon a time lumberjacks, coalmen and mainly blacksmiths lived in the Mostviertel. Knives, blades and swords from here were exported even to the far Orient. People from the region have renewed this tradition with big success as well. On our trip, first, they explained to us coalmen`s work, we could see a charcoal kiln, although a much smaller one than the one in the famous Czech fairy tale about a proud princess, which we use to watch every Christmas on TV. When the princess stops being arrogant, she worked on such a charcoal kiln together with her boyfriend. They even start to sing which is prohibited in that kingdom. But their good mood is catching, soon the coalman with his family are singing as well… In the Mostviertel they restored blacksmith’s shops – old trip smithies, where heavy machines are powered by water. For us, entering such a smithy (in front of it there was a metal bridge from stylized drops) was like a step into a totally different world. Besides the colossal and heavy machines, there was an incredible amount of various tools, I counted more than 150 hammers just on one stand! We were welcomed by artist smith Sepp Eybl – a man in a leather apron and with a small black cap on his head, on which were swinging a miniature hammer and tongs. What else, after all? I was thinking about the Big Bad Wolf asking a smith to forge his tongue very fine. The wolf wanted to eat seven young kids, for that he needed to have a sweet voice like the mother goat. I am sure, if the Big Bad Wolf had come to Sepp, he immediately would have got hold of the wolf`s neck. As he is a man with strong muscles, the wolf would have had to confess to his fishy intentions. Sepp heated a small metal piece in his forge and showed us how many strong hits are needed to shape a simple nail. Some of us tried it as well, it was not so easy – not only that you have to hit but at the same time you have to think and shape. Sepp took us also to his kitchen. Above the stove, there were several pans hanging. But not one was from Teflon or ceramics, these were solid pieces forged by his own hands. 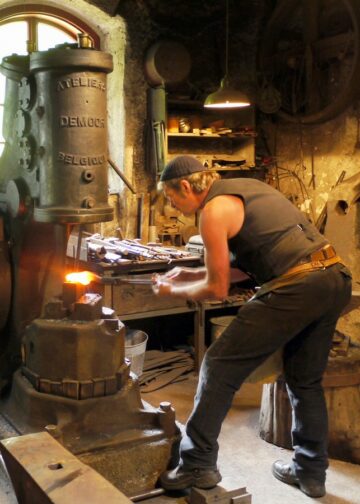 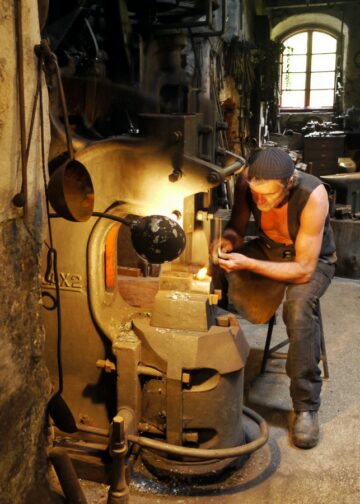 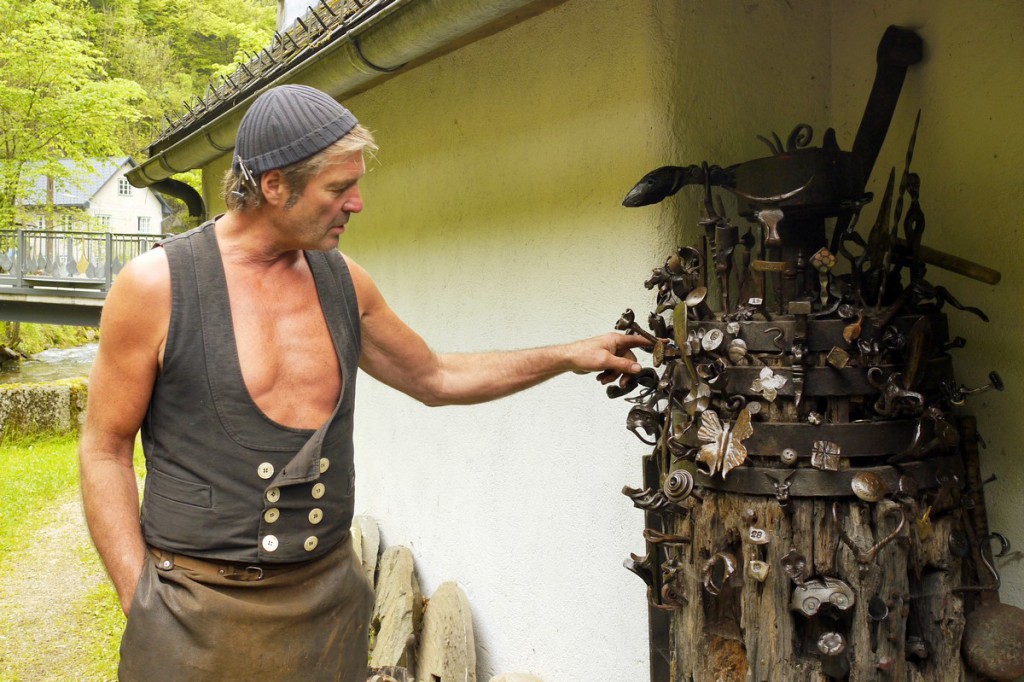 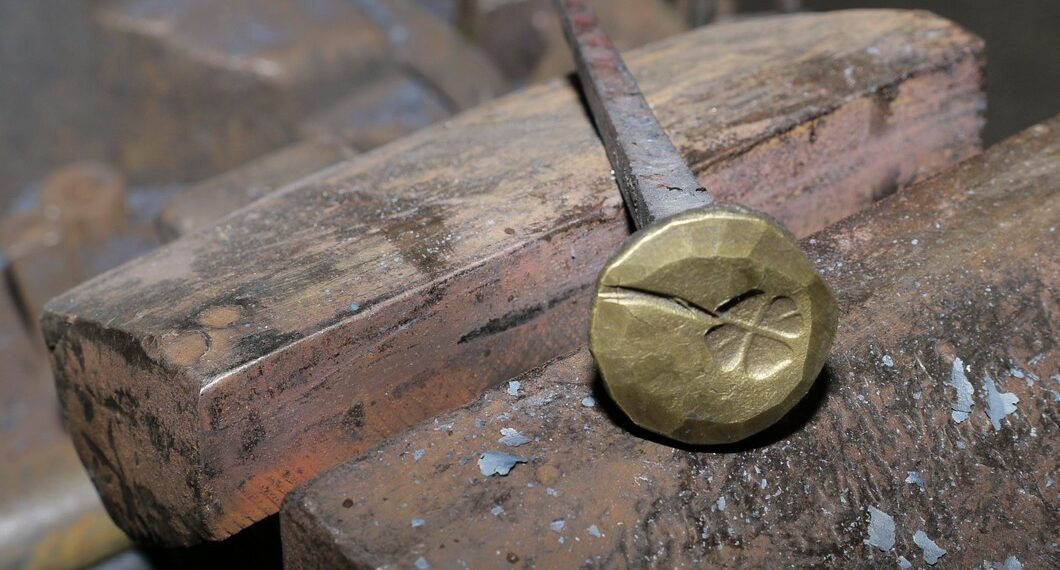 Mostviertel is a small region, but very photogenic. If you go there once you should try the “Most”. The producers take advantage of that word, which in English means “most”. So on some advertisements, you can find slogans like: most wanted, most bio, most healthy… It does not matter if you use English or German translation because it is always true! 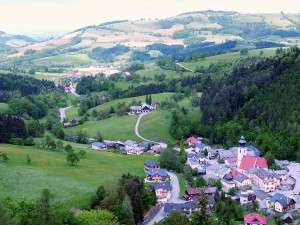 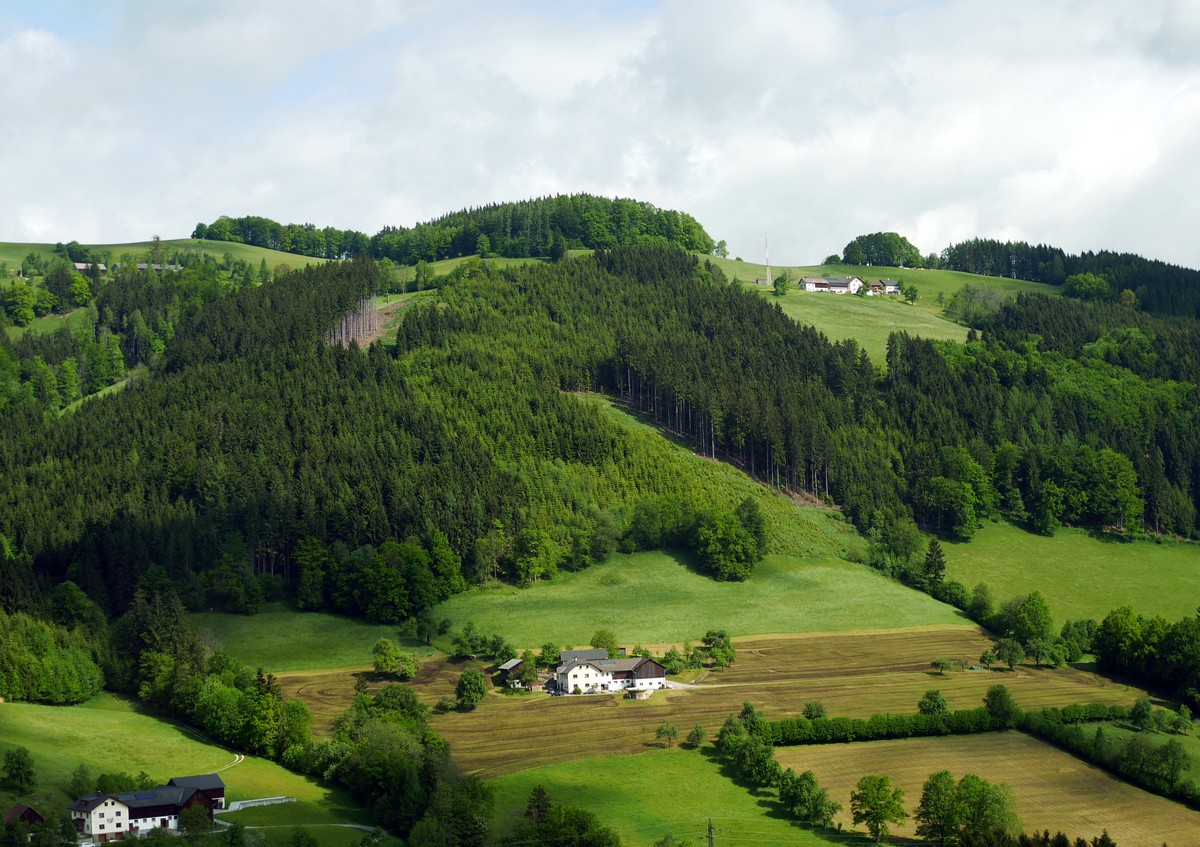