For many years Bulgaria was a popular destination for summer holidays for many families in communist Czechoslovakia. The resorts of Slanchev Briag (Sunny Beach), Zlatni Piasatsi (Golden Sands), Varna, Albena, Primorsko, Sozopol and others were flooded with tourists who spent most of their time on the sandy beaches, as the lovely bronze skin from the Black Sea sun was one of the few “colourful” changes in the gray of the communist regime. Sometimes some holidaymakers went on a trip to Nessebar and Balchik and the nearest shopping mall, in order to buy the traditional Bulgarian brown ceramics with their whimsical patterns or a bottle of cognac Pliska or Slanchev Briag brandy as presents for friends and family. Almost no one had even the faintest idea about the ancient Thracians. Mostly because the reference to them in history textbooks were insufficient and also because many of the discoveries about their culture have been made only in the last couple of decades.

The territory of Bulgaria has always been an important crossroads of many cultures, nations and tribes. One of the indigenous peoples were the Thracians. We did not have much information about them, and yet are at least two members of this nation well known around the world. After all, one of them at least for a time put on its knees the greatest ruler of the ancient world – Rome. His name was Spartacus and he lived in the first century B.C. The second is the musician Orpheus, known from Greek mythology. According to some historians, he was not just a mythological figure.

Who are the Thracians

Among the numerous Eurasian nations, three were inhabiting the Balkans: the Hellenic people (the Southernmost part), the Illyrians (the Western part) and the Thracians (the territory of today’s Bulgaria, but also parts of Romania, Greece and Turkey, i.e. the vast territory between the Danube, the Black Sea and the Aegean). The oldest written records of the Thracians are considered 4,000-year old clay tablets, dating from the Minoan civilization, discovered in 1900 on the island of Crete. In addition to various administrative notes, the tablets also mention the names of Thracian tribes, their rulers and even the word “Trakia” (Thrace). Even Homer in his epic Illiad repeatedly mentions Thrace and its inhabitants, who were Trojan allies. He mentions even the rich Thracian king Rezos, who was killed in the Trojan War. We find descriptions of Thracian culture and their relations with other civilizations in this area also in the writings of Greek historians Xenophanes and Strabo.

According to the father of history – Herodotus – the Thracians were, after the Indians, the most numerous nation in the world! Herodotus, however, also writes about their division into numerous tribes who often fought among themselves and only occasionally were able to unite into a larger whole (Odrysian Kingdom in 470 BCE). The most important tribes were: Bistones, Kikones (allies of Trojans), Agrinae (their elite light infantry participated in the expeditions of Alexander the Great), Getae, Edones, Odrysae, Daci (inhabited the territory of modern Romania – Dacia, therefore, Romanians make cars with that name!) and others.

From the life of the Thracians

Most information about the Thracians can be found in ancient Greek texts, but as the Greeks did not much care about any foreigners, in their writings they often write about other nations with irony and sarcasm. For example, the Greeks are known for drinking their wine diluted with water, took an issue with the Thracians, even the women, drinking wine undiluted, dense, moreover greedily and from large bowls. Well, that the Thracians enjoyed undiluted wine, is not surprising – after all, their country was the birthplace of Dionysius – the god of wine, fertility and festivity. Wine was part of the mass religious rituals in his worship. However, in everyday life, at least judging by surviving mural paintings, it was more a question of lavish receptions of guests, rather than any primitive drunkenness. In addition, wine was considered a gift of the gods, inebriation and ecstasy were part of climbing the stairway to the world of deities, interface between mortals and those who are immortal.

The clothes of the Thracians were also remarkable in that they were not light and airy, as worn by the Greeks and Romans. The Thracians lived in a tougher climate, a land with high mountains like the Rhodope mountains or Hemus (now Stara Planina in Bulgaria), which were often covered in snow. That is why they wore warm clothes, men wore trousers (better for riding a horse), and had head covers from fox fur. They loved tattoos and jewels of every kind – rings, earrings, bracelets, necklaces, belts, large brooches and needles. They lived in polygamy. After a man’s death, his most beloved wife received a “big honour” – she was killed in order to be buried along with her husband.

All ancient chroniclers agree that the Thracians were outstanding warriors (how could it be otherwise, when the war god Ares (Mars) was also born in Thrace!) And while other European nations used horses only in chariots, the Thracians were excellent riders. Like other nations in those days, the Thracians liked to plunder, even at sea, as evidenced by findings of stone anchors along the Black Sea coast. When they were not fighting and plundering, the Thracians were caring for their livestock, growing crops, hunting, fishing, and processing leather, wood and metals, where they demonstrated excelled skills.

All the pictures with www.grafikfoto.at are from my friend Anna Sieragowska because my camera was out of order on that trip. Thanks, Anna! 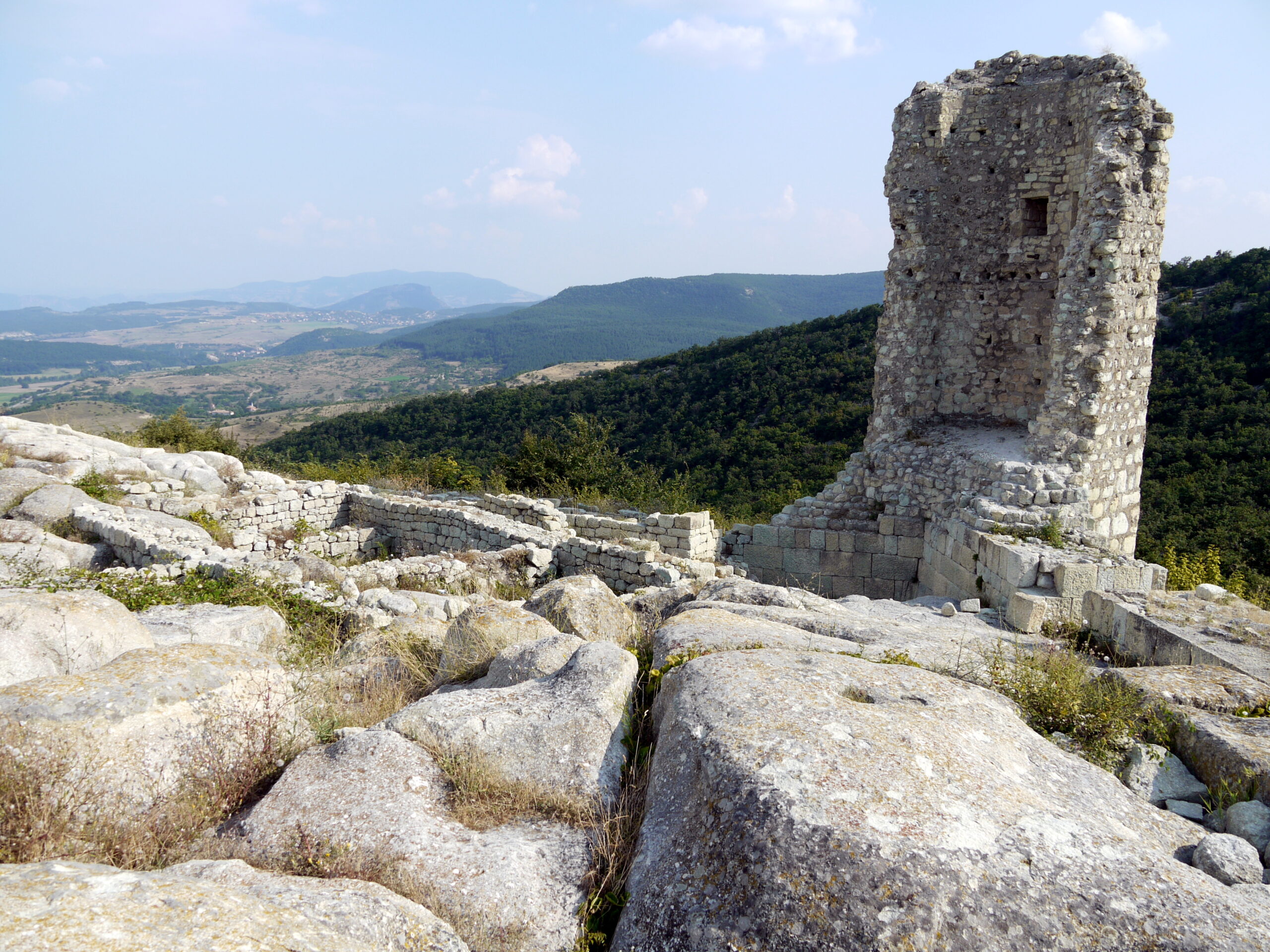 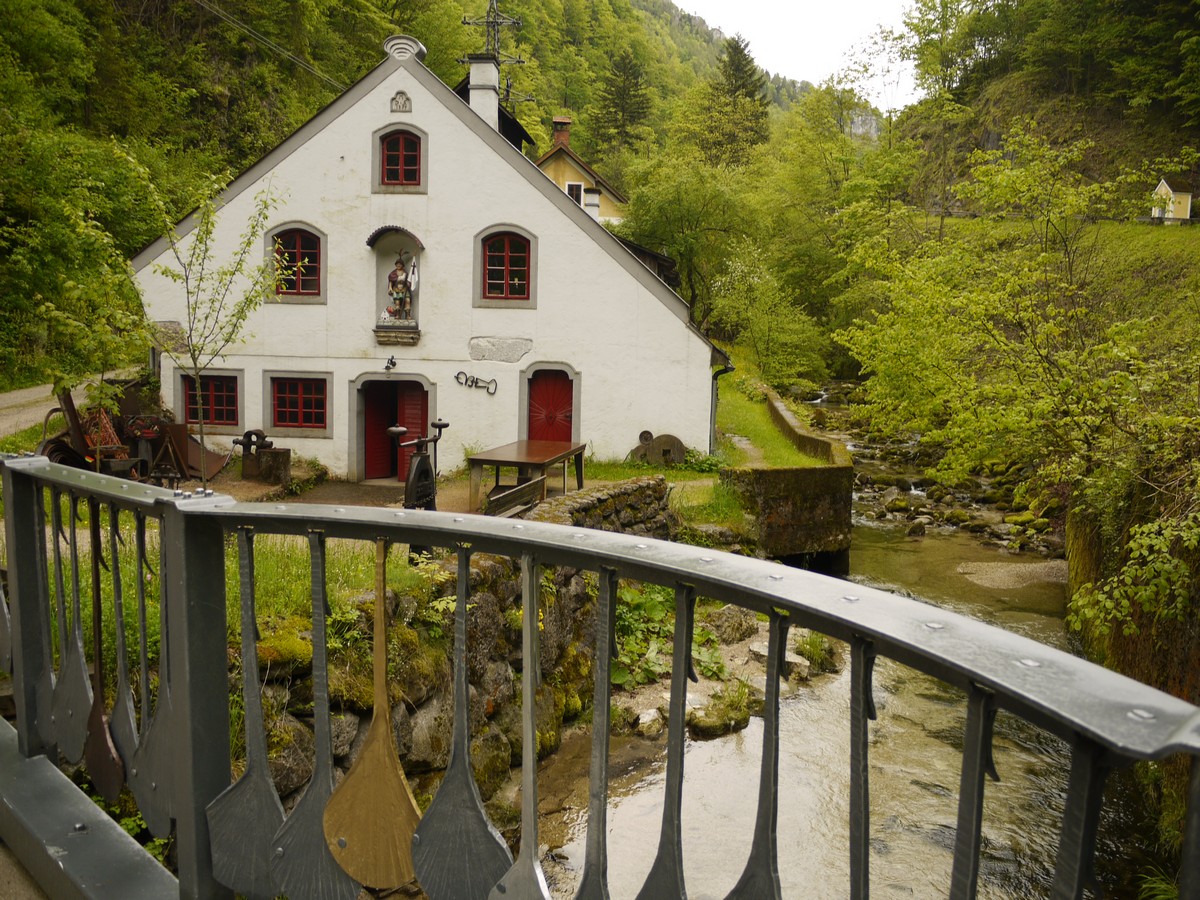