„Oh, du lieber Augustin, oh, du lieber Augustin, alles ist hin…“ These are the words from one of the most popular Viennese songs. Almost every child knows who was Augustin. Born in 1643, Markus Augustin is the most popular Viennese legendary character. As a musician, with his bagpipes and his songs he was giving a good mood in Viennese pubs in exchange for just some food and (mainly) drinks, even in times when not everybody was ready to sing. 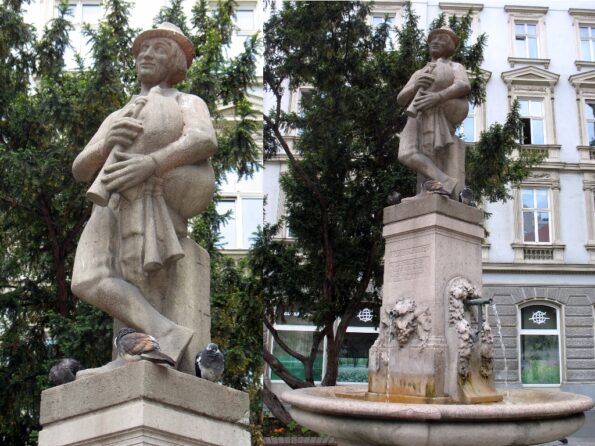 In the spring of 1679, a plague epidemy spread in Vienna and hundreds of people died every day. Augustin was sitting alone in a pub, there was nobody neither to play nor sing for. About midnight the dead drunk Augustin set out for his home. On a small bumpy street, he stumbled, fell down and fell asleep so deeply that he did not perceive at all that a cart with a sad load approached him. “If the plague has got our Augustin, then the end of the world really is coming,” said the collectors of dead bodies. Together with his bagpipes they put Augustin on the cart and transported him to the common grave near the church St. Ulrich…

The cold morning woke Augustin up. When he recognized where he had spent the whole night he started to play his bagpipes in desperation. People who came to pray for their beloved ones heard him and pulled him out of the grave. And what is more, he did not get infected! His story was told in the whole town. It gave people new hope that the plague can be overcome and better times will come soon.

Not far away from Mariahilfer street, there is a statue of Augustin made from sandstone by Austrian sculptor Josef Humplik in 1952. Holding his bagpipes, Augustin is standing with his legs crossed on a base of a well, which was built on the place of the plague grave. Originally, a bronze statue was standing here, but it was melted during World War II. Allegedly somebody wrote on the pedestal at that time: „I survived the black plague, but not the brown one…“ In 2009 the small square with the well and statue were named after Augustin. 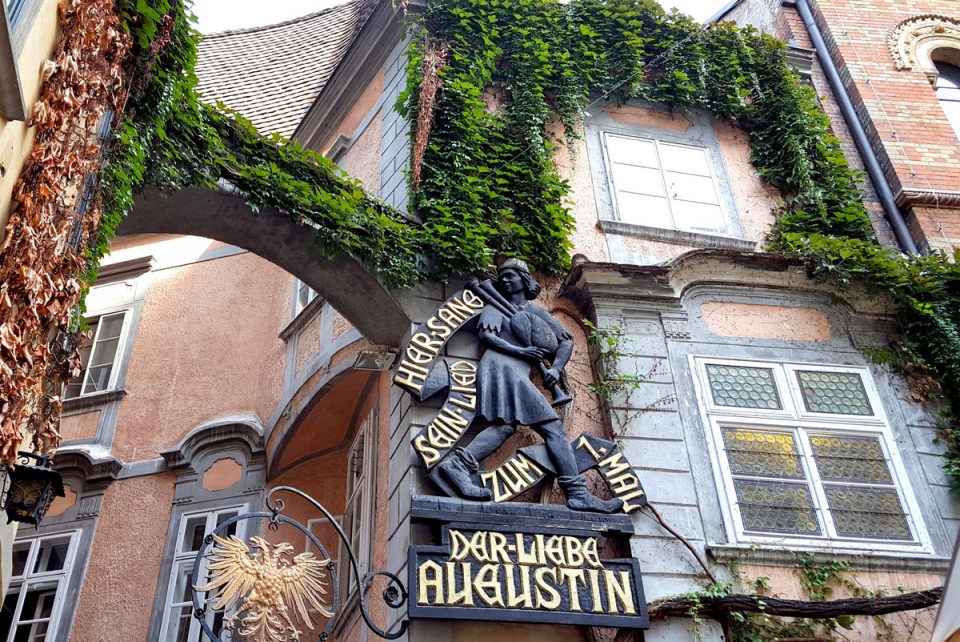 You can also find a café with his name in the old town, as well as a restaurant with his figurine in a cellar where tourists throw coins for luck. And Augustin sticks out his tongue at them. 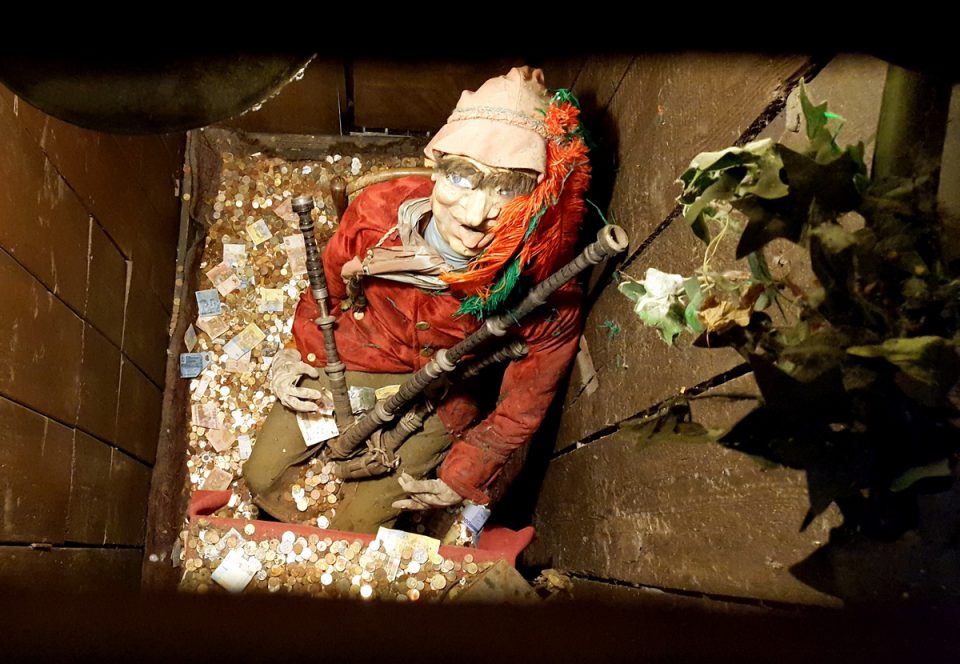 The name of the magazine of Viennese homeless people is also called Augustin – as a symbol of hope that with humour you can more easily overcome many problems. 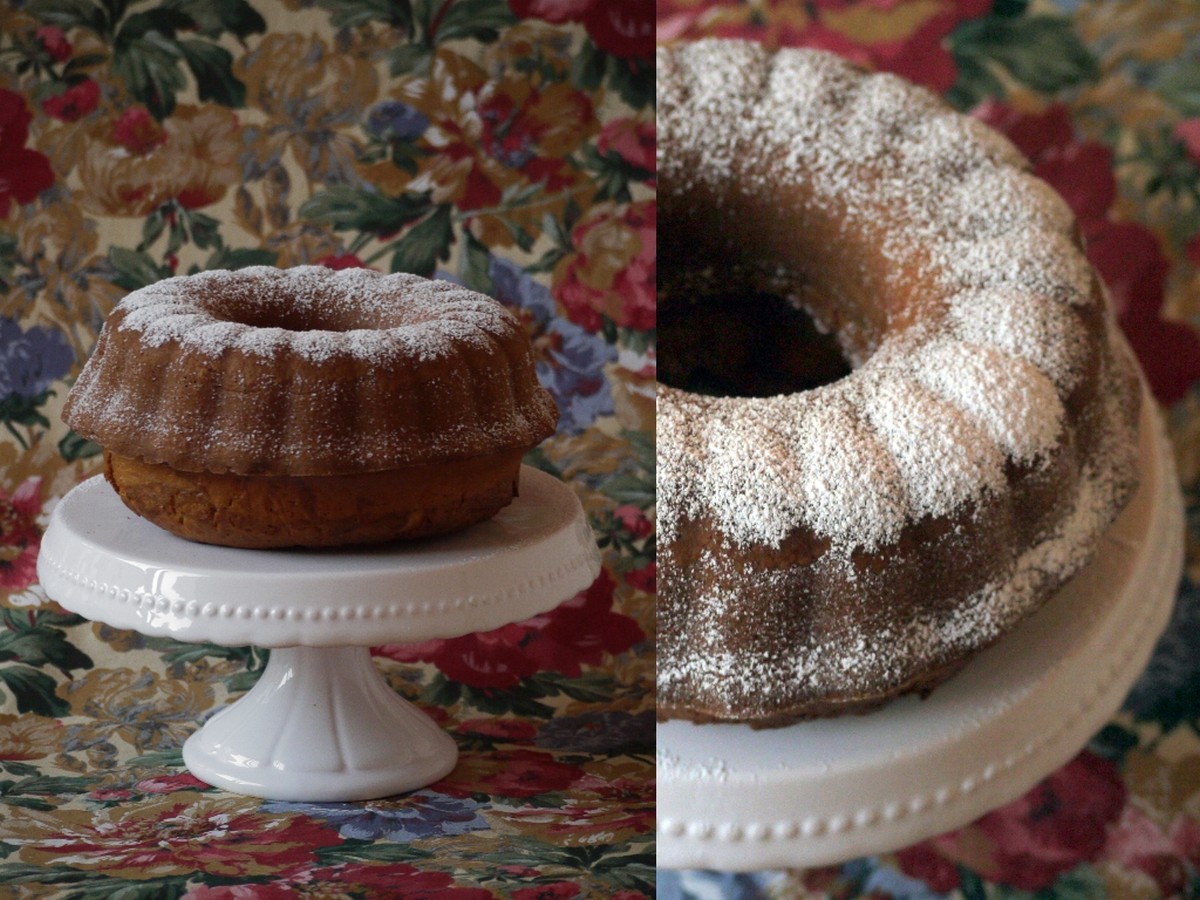