Bulgarians eat white yoghurt (“kiselo mliako” in Bulgarian) every day, their whole life, in large amounts and in different forms. Very often as a side dish to other meals, in summer as a whisked and with water diluted drink (airan) or as a refreshing cold soup – tarator.

No wonder that yoghurt is so popular in Bulgaria. To make yoghurt you need two bacteria, also known as yoghurt cultures. One of them – Lactobacillus bulgaricus – was named after the country of its origin. It was discovered by the prominent Bulgarian physician and microbiologist Stamen Grigorov in the microbiological laboratory of Professor Léon Massol in Geneva in 1905 while he was exploring yoghurt which was sent to him by his wife Darinka from his homeland.

Western Europe got to know this new product much later. In the 16th century, Francis I was sitting on the French throne. But it is possible that he was not able to sit for a long time because he suffered from a stomach disorder for a long period. When Suleiman I, the Great Sultan of the Ottoman Empire, learned about it, he sent his doctor to France. The Turkish healer cured the king with yoghurt because he had already known the beneficial effects of yoghurt which are proved by present scientists. Yoghurt affects the intestinal flora in a wholesome way and is one of the most effective protectors of the immune system.

The original Bulgarian yoghurt is thick, you can cut it with a spoon. Historians declare that yoghurt comes from Bulgaria but they cannot reach an agreement if it was a contribution of Proto-Bulgarians or Thracians. Any evidence is missing, anyway, it is sure that on this territory yoghurt has been cultivated and consumed for 3,000 years already! 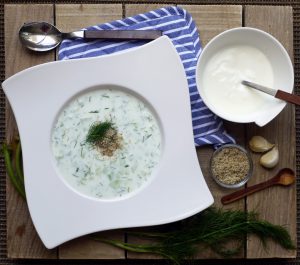 Cut the cucumber into very tiny pieces (or grate it). Mix with oil, salt, garlic (put as much as you like) and cut the dill. Add yoghurt, mix and dilute with water to create a soup. Scatter ground walnuts over it and serve cold. If you do not dilute the yoghurt then you can serve it as a thick salad – Bulgarians call it Snezhanka (Snow White). 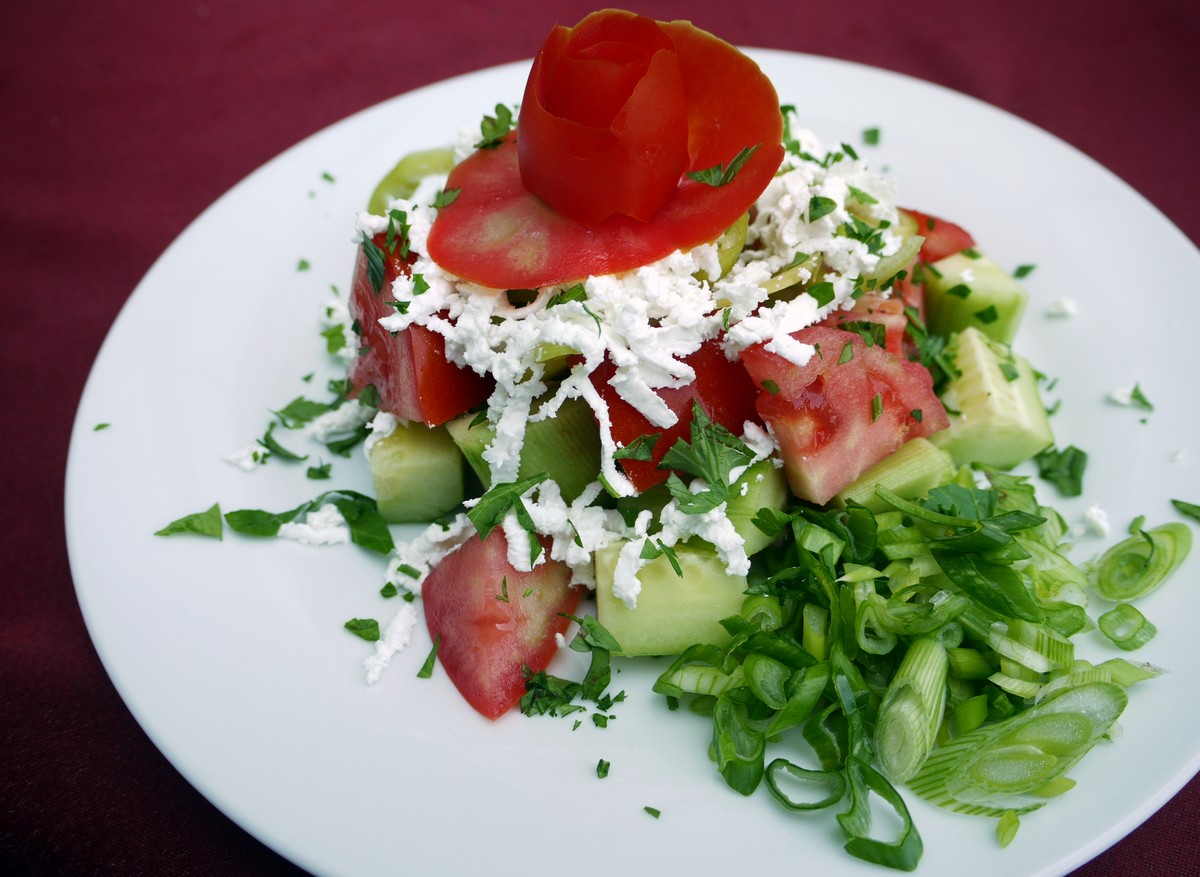