Usually, people make a trip to Norway because of its amazing nature but you should visit some cities as well.

Although a modern city, it is still keeping its historical charm. Trondheim is situated in the middle of the country – there, where the shape of the territory as a large “drop” starts turning narrow and longer.

The original name of the city was Nidaros and it was established in 997 by the Viking King Olav Tryggvason, although it has already been known as a Viking site of assembly and court. However, Tryggvason promoted it as a royal town. So it became the very first capital of the country. Tryggvasson’s successor Olav II. brought Christianity to Norway but most of the people and also aristocracy remained pagan, they didn’t like the king and drove him into exile in Kievan Rus’. When he tried to return, he was killed by peasants in the Battle of Stiklestad in 1030. When Cnut the Great, a deluded and cruel ruler, had won the throne, people started to think about Olav in a different way and built a wooden chapel above his grave. The chapel became a central point for Norwegian Christianity and was gradually enlarged and expanded. So the beautiful cathedral Nidarosdom was created and the king – as St. Olav – became the saint patron of Norway.

If you would like to visit the church, check the opening hours: here. Although we found an opened door and boldly entered the cathedral, they asked us to leave because we came outside of the opening time. We only became conscious of a strange, I would say even gloomy atmosphere of the interior where the stained glass windows shined high on the walls of the cathedral.

In addition to the Christian saints, you can also see some heroes from Norwegian history here like Tryggvason, the founder of the city (the first statue from left in the 1st row) or St. Olav (the fourth one in the 2nd row).

Even in the past centuries, Trondheim was one of the favourite sites of pilgrimage in Northern Europe. Today, the pilgrimage is on the uptrend again, not only by believers but also people looking for a natural and spiritual adventure. The St. Olav Pilgrim’s Route – from Oslo to the St. Olav’ shrine in the cathedral in Trondheim ranges 643 km and follows the medieval King’s Path, trampled by the thunder of the royal horses’ hooves.

Not only pilgrims but also many fans of black metal travel to Trondheim. This is thanks to the Norwegian black metal band Mayhem which used the picture of the cathedral on the cover of their album in 1994.

Trondheim has been the seat of the archbishop since 1152. Today, there is a museum in the building which shows archaeological finds, original statues from the cathedral and even the crown regalia. More information also here.

The fact that the city used to be a seat of both secular and religious powers is depicted on the coat-of-arms as well. On the left, you can see an archbishop with a mitre and a bishop’s staff in a church archway, while on the right, there is a crowned king with scales in his hand standing in his palace.

During the Danish rule and as a consequence of the Reformation, the city lost its importance. It also experienced several fires and was almost completely destroyed by a major fire in 1861. Only in the 20th century, the city – already under the name of Trondheim – started growing and today, with 190,000 inhabitants, it is the third largest city in Norway.

After the great fire, general Johann Caspar de Cicignon was charged with the reconstruction of the city. He designed two wide main streets Munkegata and Kongensgate which intersect at a right angle. At the intersection, there is a market. Unfortunately, when we visited the city, the entire square was under renovation which was supervised by the great King Olav Tryggvason from the pedestal of a column.

Walking along the street Munkegata, we arrived at the Royal House Stiftsgården. It is the largest wooden house in Northern Europe – with 140 rooms and a total area of 4,000 m². The residence was built by Cecilie Christine Schøller, the wife of a merchant and councillor. She had built it after her husband’s death, the rich widow was one of the most powerful ladies in the city but she didn’t have time to enjoy her house very often because she was travelling abroad a lot. 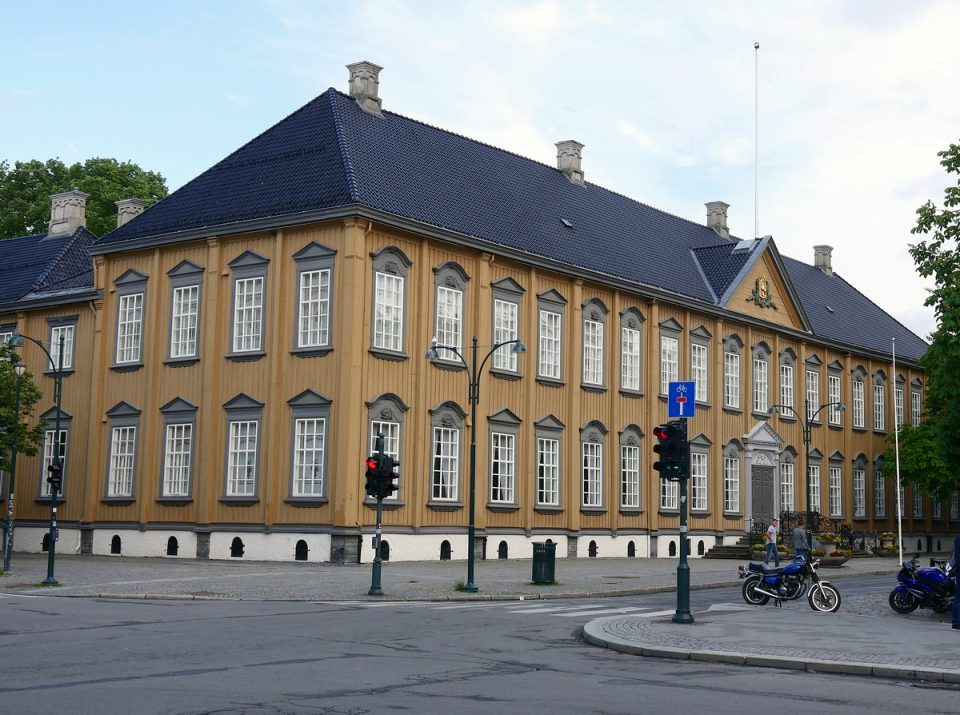 The house was inherited by her son and later by a grandson who sold it to the state. Since 1800, it has been the residence of the royal family and their guests – not only during coronations but also during other family or official festivities. The building looks pretty unobtrusive and what’s more, it is standing directly on the main street. We didn’t see any royal or security guards. The traffic seemed to be neither too heavy nor noisy. Almost every third car in Norway is an electric car. Even in front of the Royal House on the other side of the street, there was a charging station for electric cars.

We continued to a small port which is the location of a fish market and also the starting point for boats to Munkholmen, the Monk’s Islet which is a famous tourist attraction. 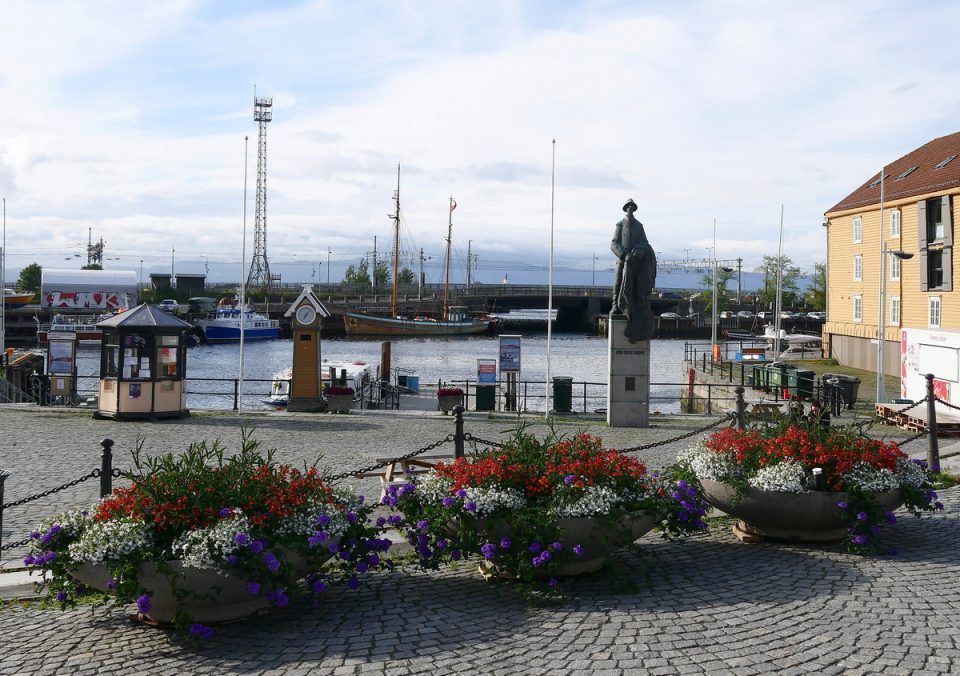 King Tryggvason ordered to place his enemies’ heads on stakes there to discourage any attempt to attack the city from the sea. Later on, a monastery and a prison were built on the island. But in the port, there were just peace and silence and we were accompanied by the Last Viking only.

He was inspired by the novel Den Siste Viking from the Norwegian author Johan Bojer (1872-1959) about the life of poor fishermen who sailed in their open boats to the far away Lofoten islands for fishing, leaving their families with the fear whether their beloved ones will come back. Bojer grew up near Trondheim. He wrote his novel in 1921 and was five times nominated for the Nobel Prize in Literature.

There are also other interesting institutions in the city: the Jewish Museum, Museum of Art, Maritime Museum…

You will also meet some sculptures like this one of the Norwegian speed skater Hjalmar Andersen (1923-2013) who grew up in Trondheim and began here with speed skating at the age of 10. 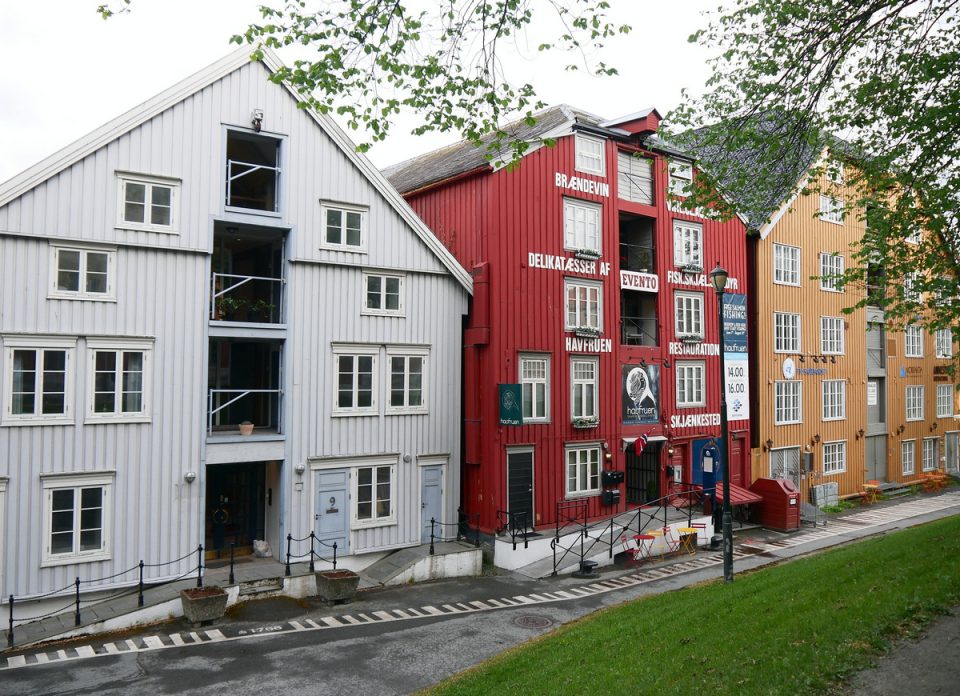 Along the old colourful granaries, we came to the old bridge. Cicignon’s plan not only regulated the city layout but was also of a military-strategic significance. During the renovation of the city after the great fire, this bridge – called Gamle Bybro – was constructed, originally of wood, with an iron gate in the middle and a guard house at each end of the bridge. 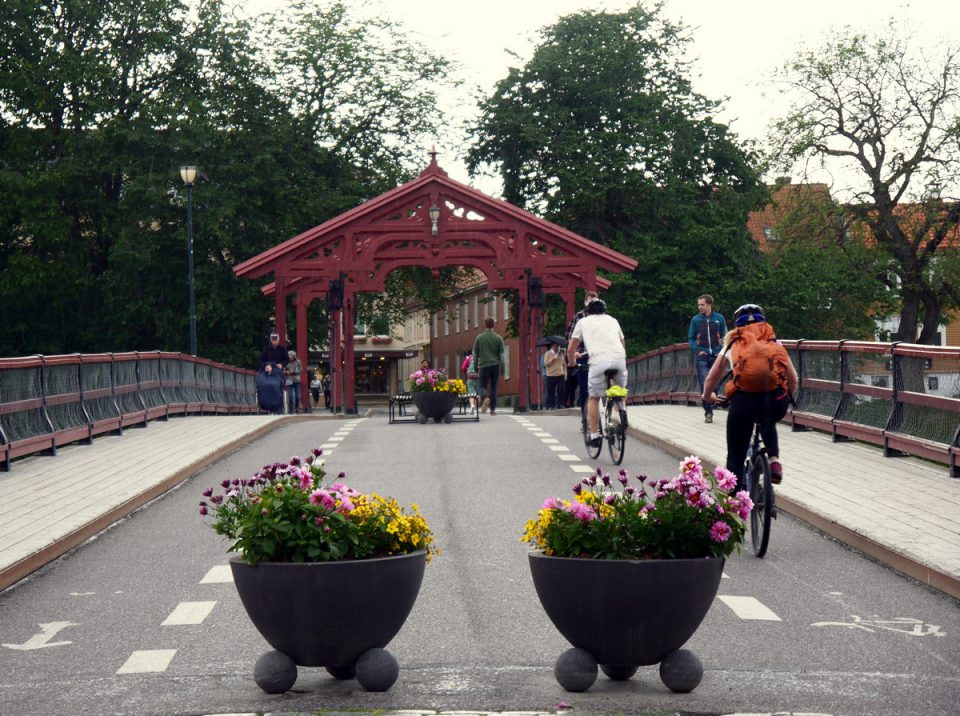 Local people call it also the Gate of Happiness after the lyrics of a popular song written by the Norwegian singer and composer Kristian Oskar Hoddø. He sings about the quiet and beautiful river Nidelva. It is said that he created the song one night in April 1940 when he was standing on the bridge watching the surface of the river. Hoddø was a member of the antifascist movement and was executed in Trondheim in November 1943 together with other resistance fighters. 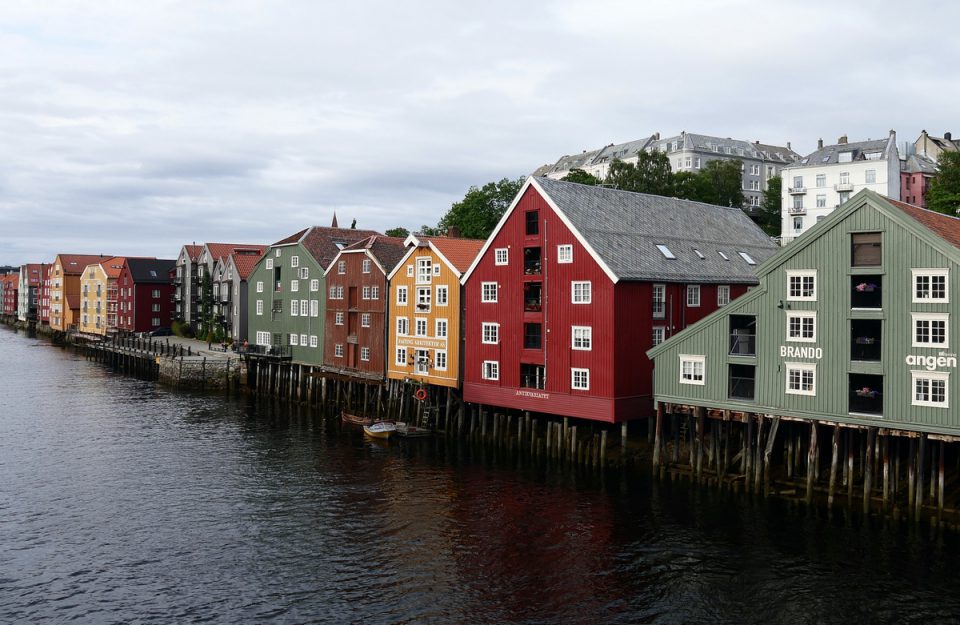 From the bridge, we enjoyed the gorgeous view of the former workers’ quarter Bakklandet – happy that we could see this and not a four-lane motorway which was planned to be built here in 1965. Fortunately, the local opposition was against this crazy plan.

In the time before the big fire, the city used to be a centre of the export of wood, herring and iron ore. Sailors, fishermen and workers used to live at this shore of the river. Today, their beautiful wooden houses on poles are a part of Trondheim’s cultural identity. The charming mixture of the houses, restaurants, coffee houses, shops and boutiques is visited not only by tourists but also by students and local inhabitants.

The historical building above the modern quarter is the main building of the Norwegian University of Science and Technology (NTNU). The university, as we know it today, was established in 1996 after the unification of six higher education and research institutions, however, the history of the university reaches as far as the end of the 19th century. 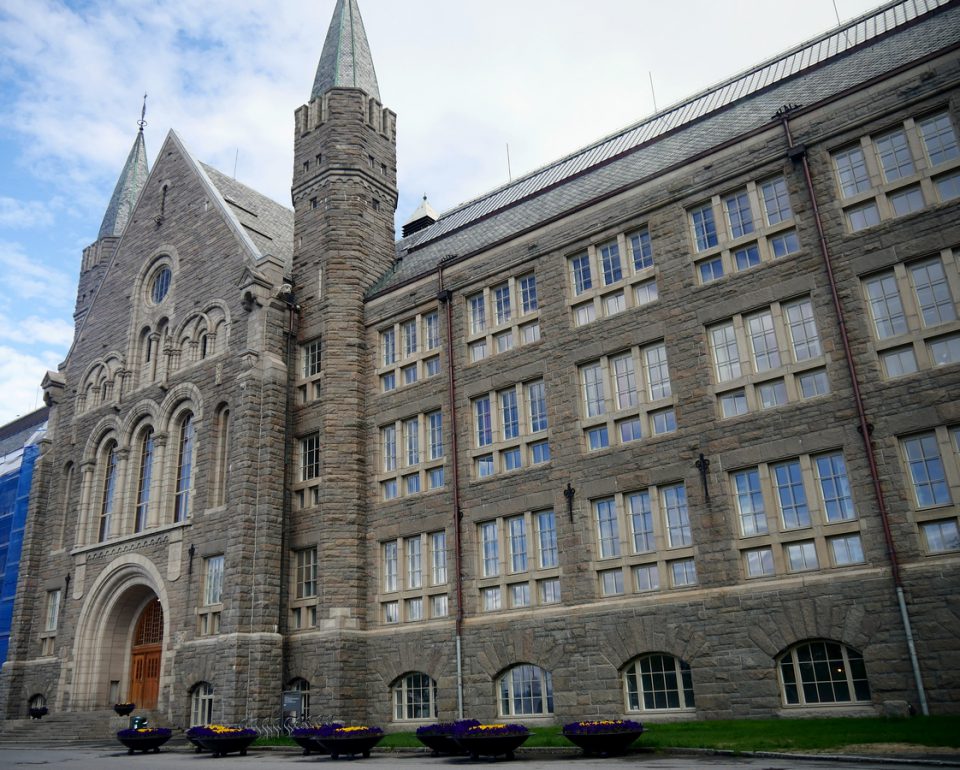 The main building was opened in 1910, the architect was influenced by medieval architecture, especially by the cathedral Nidarosdom. There are more than 40,000 students from all over the world now and thanks to them the cultural and night life in the city became much more vivid. The Museum of Natural History and Archaeology is a part of the university. 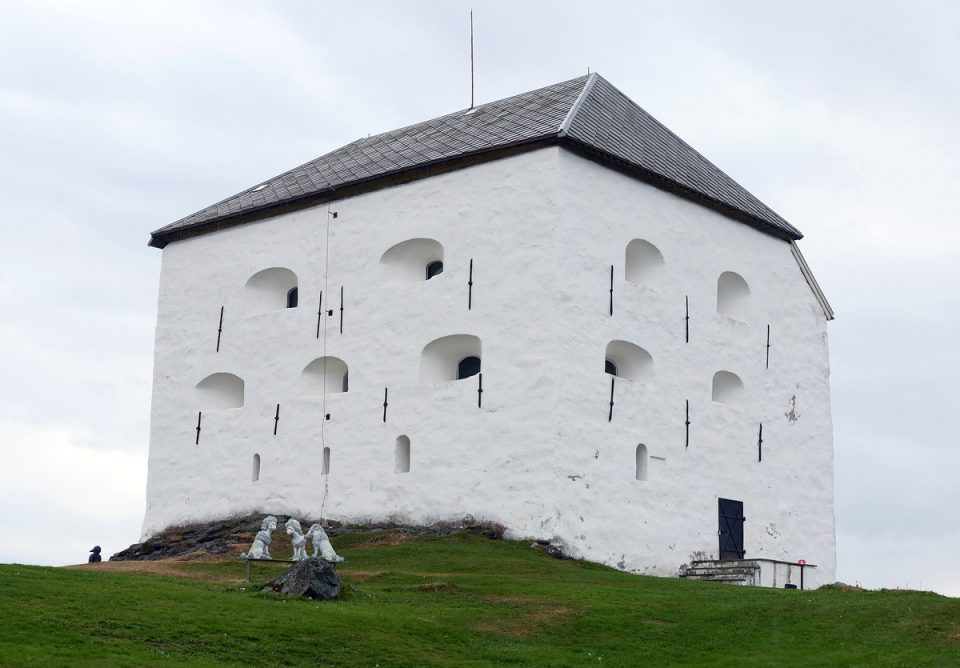 The last sight we wanted to visit in Trondheim was the Kristiansten Fortress. It is situated on a hill. To enable cyclists to get easily to the fortress, a cyclocable, the first one in the world, was constructed here. However, there was nobody to use it although we could see several cyclists. When I read the instruction for use, where to put which foot and the weight of your body, I thought I would prefer to push the bicycle uphill. And by the way, Norwegians are passionate sportsmen so I don’t think they need a lift for their bicycles. 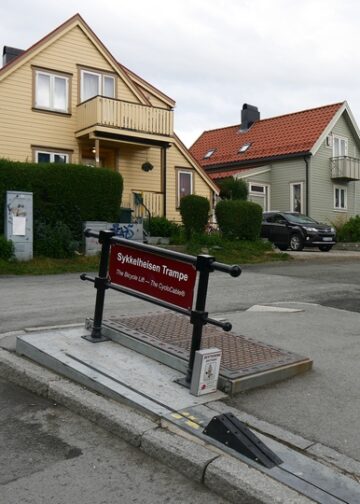 The fortress was also built after the big fire to protect the city against any attack from the east. It fulfilled its purpose in 1718 when Swedish forces laid siege against Trondheim. 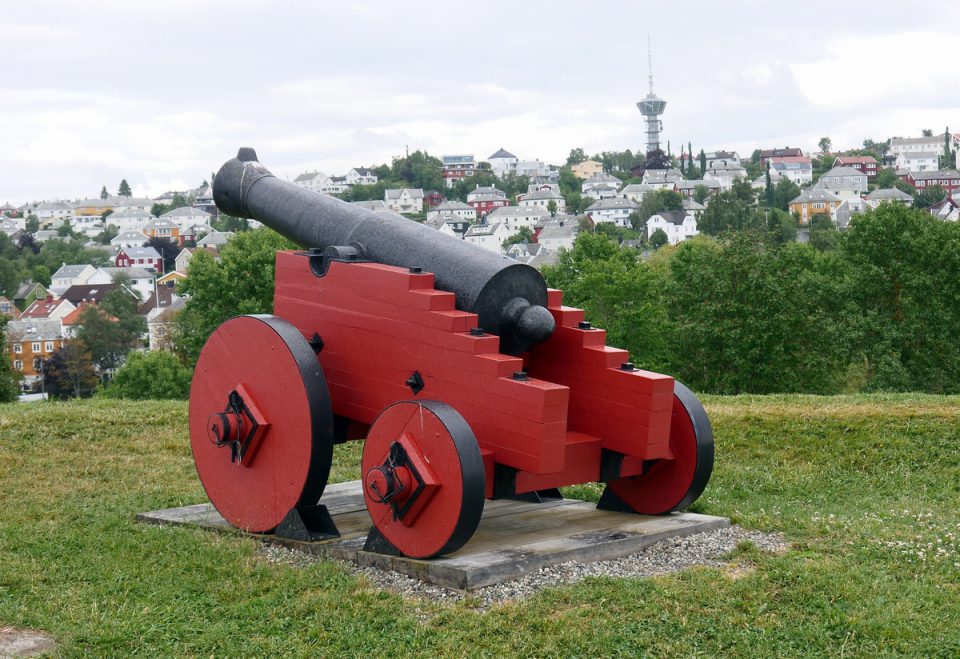 There is a very nice view of the city from the fortress. We could identify some sights we had already visited and could also see Tyholttårnet, a 124 m high TV tower with a revolving restaurant, a modern symbol of Trondheim.

Come with Me to Varaždin!
Tags: city holidaycity tourcityscapeculturehistoryNorwaysightsightssightseeingtips for visitTrondheim
Previous Post 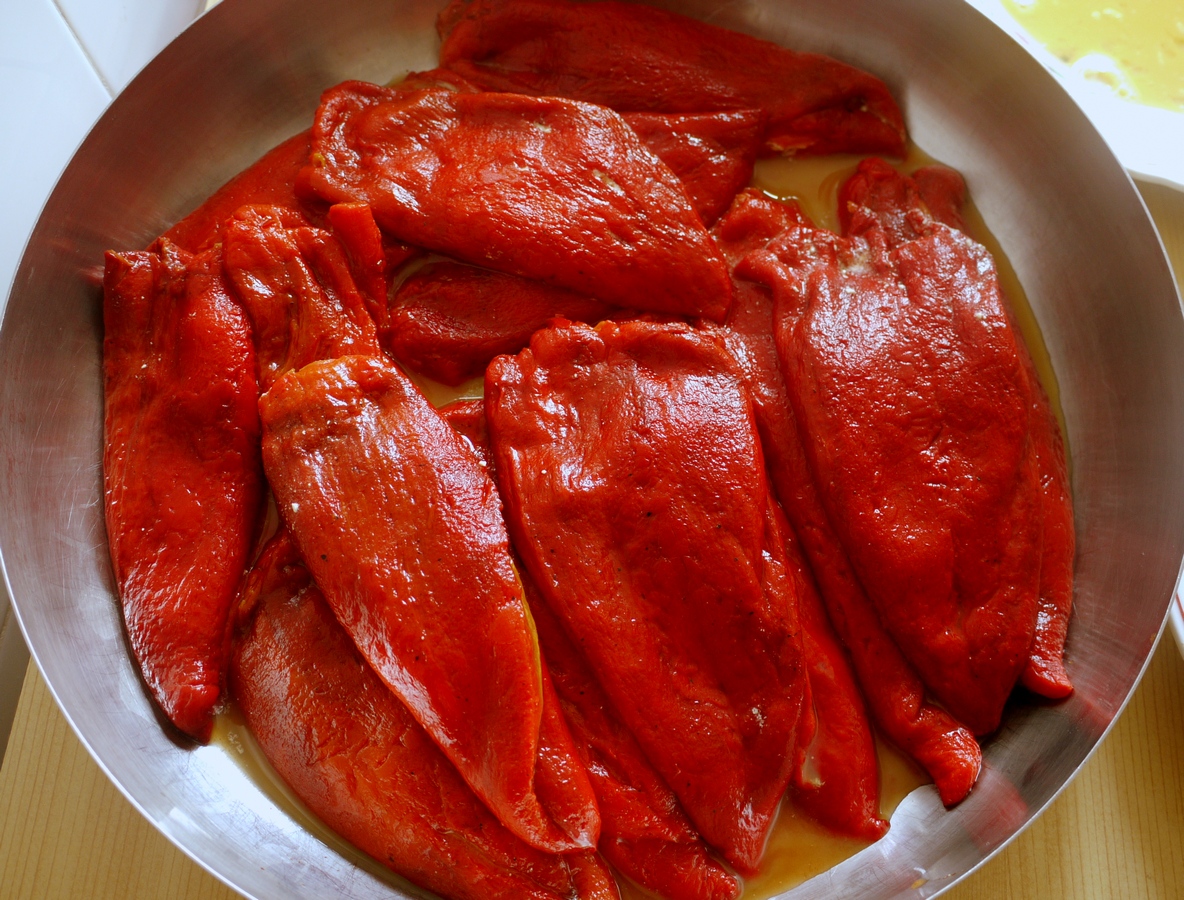 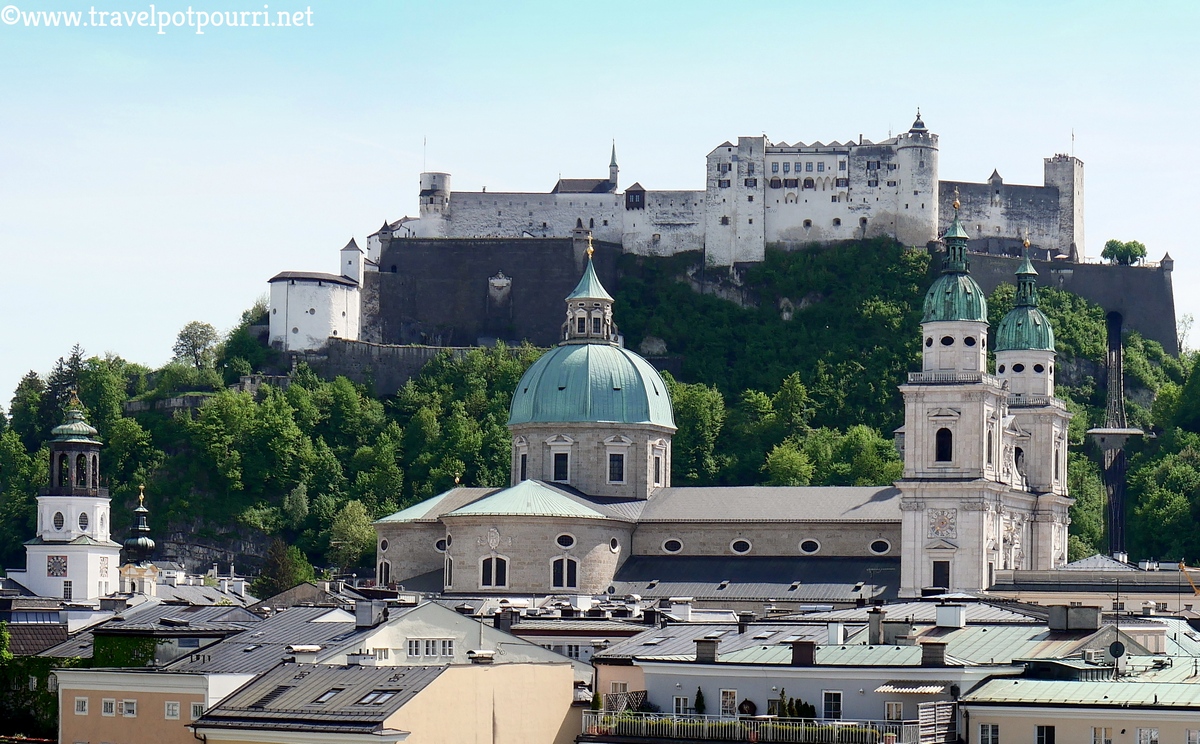