One of the ingredients used in our recipe are sprouts. It is like magic when a perfect miniature version of the grown plant sprouts from such a very tiny seed.
Sprouting is the practice of germinating seeds to be eaten raw. Sprouts are rich in phytochemicals, vitamins and minerals. They often taste much stronger than the vegetables they grow into. What is more, sprouts are not only healthy but also very decorative and you can enjoy such a beautiful green micro-garden all year long.
It is very easy. Sprouts can be germinated at home in different sprouting vessels, e.g. a simple glass jar with a sieve lid. You can use cereals (oat, wheat, maize), pulses (lentil, pea, bean, mung bean, chickpea), pseudocereals (buckwheat, quinoa, amaranth), brassica (broccoli, mustard, radish) or other vegetables and herbs. First, the seeds are soaked in water for 20 minutes or up to 12 hours. They will sprout after draining and rinsing them at regular intervals, usually two times a day. The germination process takes just a few days. 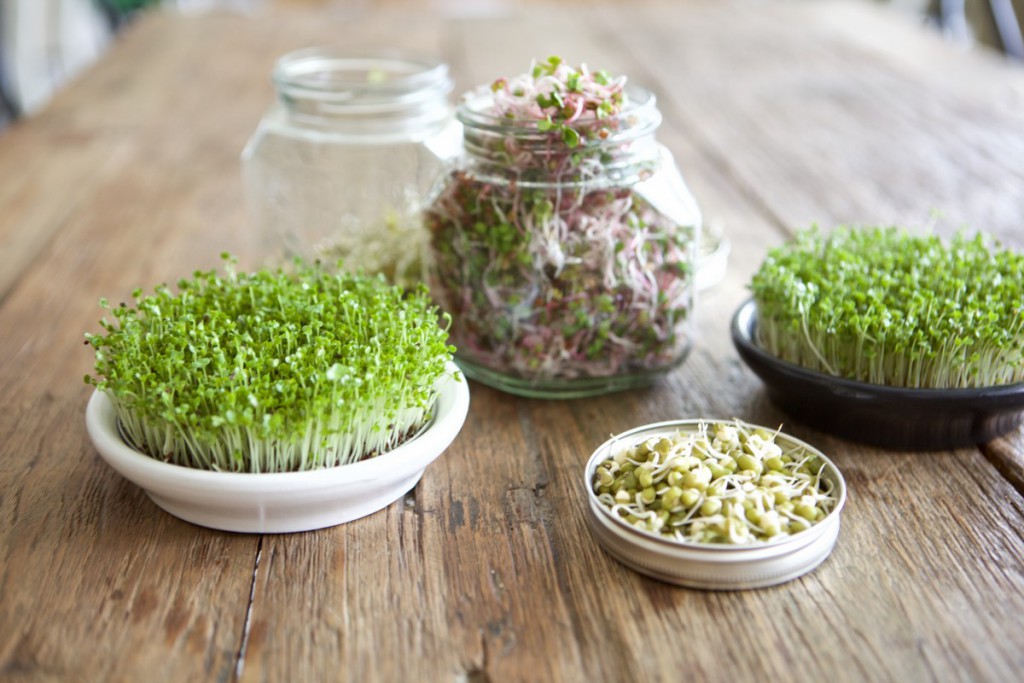 Sprouts in Ancient Egypt
The central myth in ancient Egyptian belief is the Osiris myth. Osiris was killed by his jealous brother Set who wanted Osiris’ throne. Set cut his body into 14 pieces and scattered them around the whole kingdom. However, Osiris’ devoted and loving wife Isis gathered and joined the fragments, but the only body part missing was the phallus. Never mind! She fashioned a golden phallus and brought Osiris back to life using a spell. She even became pregnant and gave birth to their son Horus. But before his birth, Osiris died again and became the god of the underworld and the dead, and more appropriately the god of transition, resurrection and regeneration.
Ancient Egyptians believed that death was a transition in fact. They constructed “Osiris Beds” formed in the shape of Osiris, filled them with soil and planted grain seeds that would sprout even in the darkness of a tomb. They put those beds in tombs as symbols of renewing life, the germinating seeds symbolized Osiris rising from the dead. That is also why he is depicted as a green-skinned man (the colour of rebirth) and his body as a mummy (after all, he was the first known mummy). 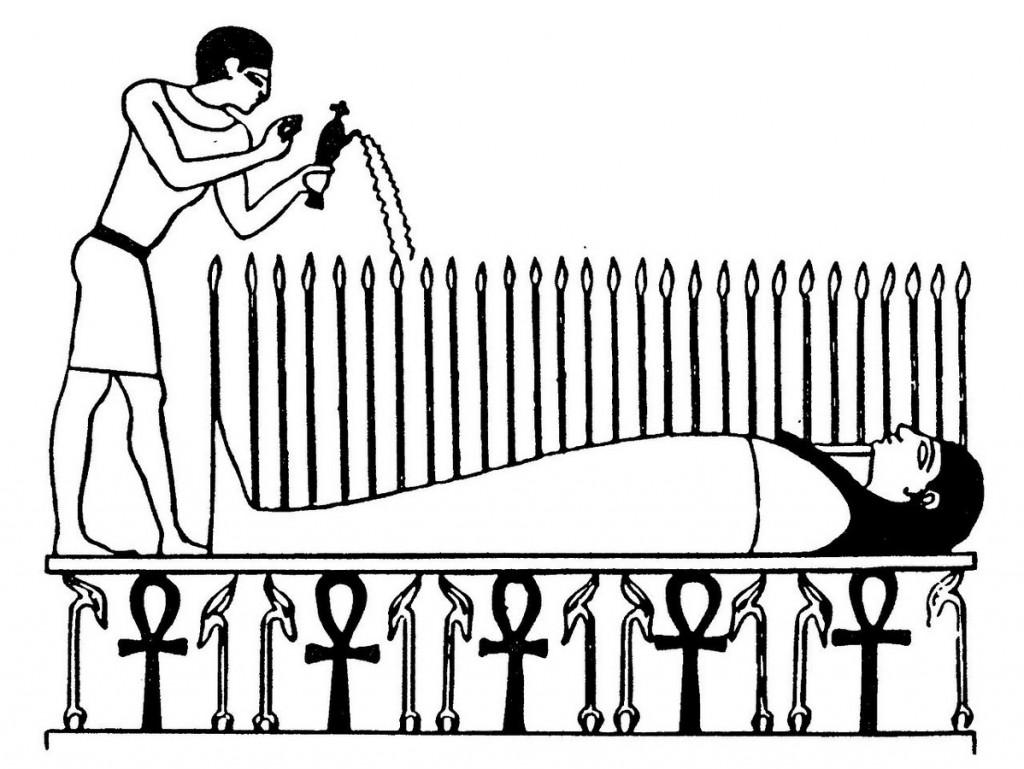 Relief from the temple at Philae 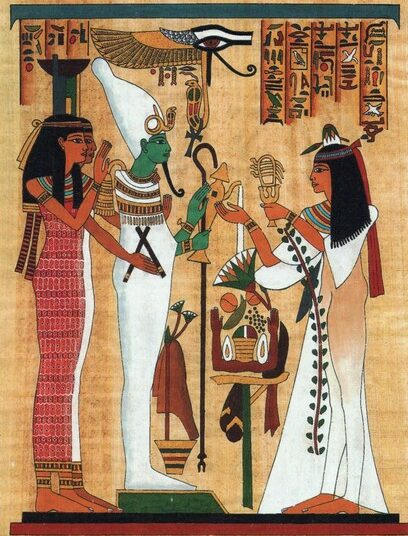 An Amon singer in front of Osiris, behind him Isis and Nephtys

This salad was specially prepared for travelpotpourri by a young Slovak lady Katka Kopúnová who devotes herself to sprouts in her project sproutme.sk. Visit her blog even if you do not understand Slovak just for finding inspiration on how beautifully and colourfully some foods can look. 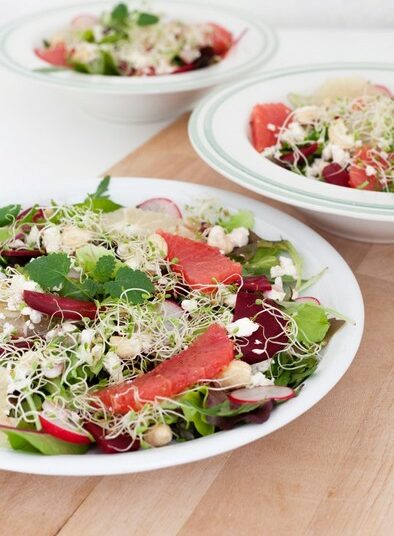 We need for the salad:
100 g green vegetable (baby spinach or a mixture of different leafy greens)
2 smaller beetroots
4-5 radishes
a handful of clover or alfalfa sprouts
1 red and 1 white grapefruit
feta cheese
For dressing:
2 tbsp olive oil
1 tbsp honey or agave syrup
fresh lemon juice
salt
Method: Mix all dressing ingredients in a small bowl, all the flavours should unify. Wash, rinse and dry leafy greens, mix with the dressing. Cut beetroot and radish into thin slices and add to the salad. Scatter crumbled cheese and sprouts on the top. Finally decorate with grapefruit slices. Serve separately or with a toasted baguette.

Herb Butter – A Recipe from the Best Cookbook in the World! 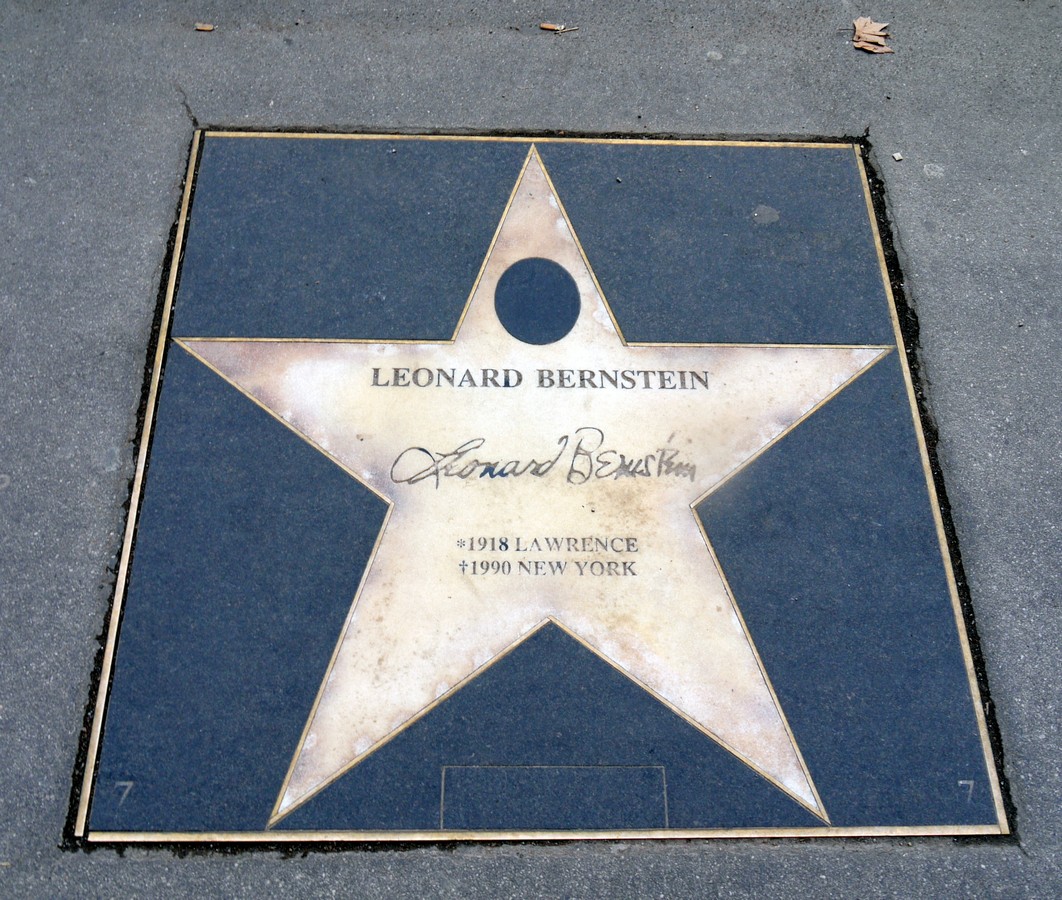 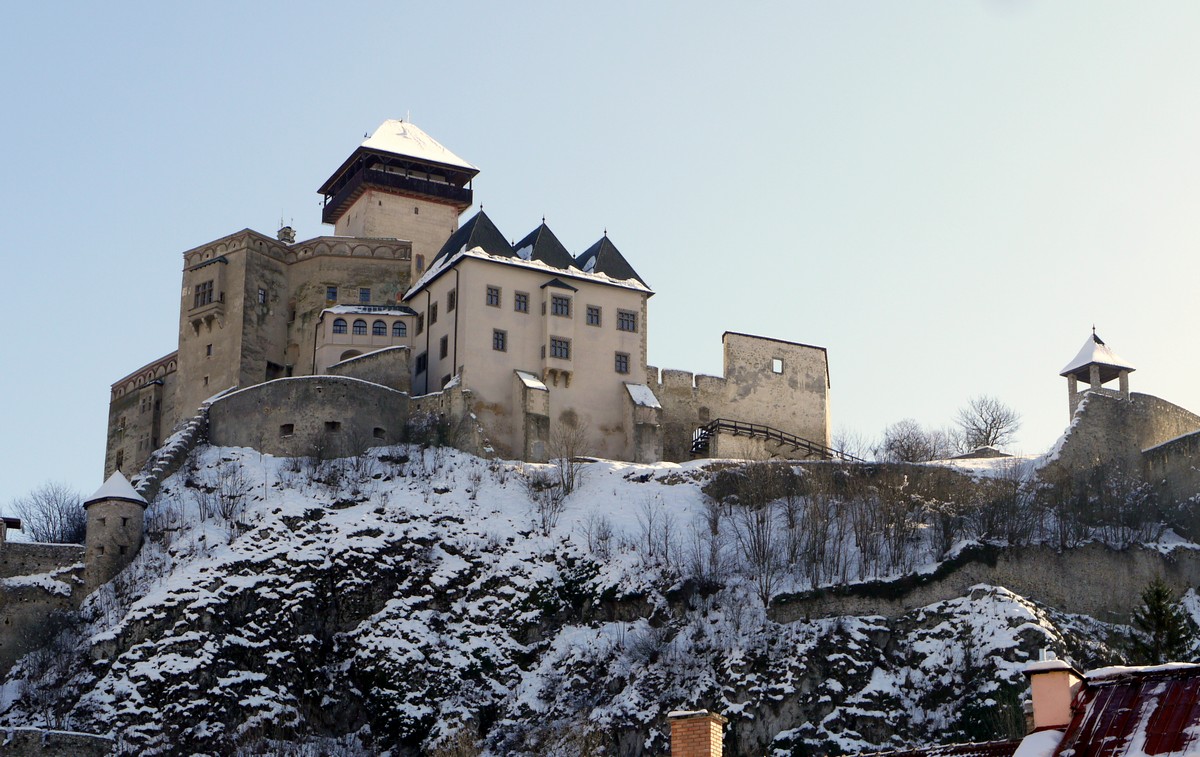